Song of the West: Scoring Let Him Go

A Q&A with composer Michael Giacchino

In Thomas Bezucha’s Let Him Go, retired sheriff George Blackledge (Kevin Costner) and his wife Margaret (Diane Lane) drive from their ranch in Montana to the high desert of North Dakota to retrieve their grandson. The journey from their comfortable ranch to the inhospitable world of the Weboys, a deep-rooted local clan who have claimed the young boy through marriage, is a profoundly emotional one, forcing them along the way to ask how far they will go for their family. To bring that emotion alive, Bezucha turned to composer Michael Giacchino who had previously worked with him on The Family Stone and Monte Carlo. In addition to winning an Academy Award® for his score for Up, and an Emmy® for the TV show Lost, as well as multiple Grammys®, Giacchino had worked in nearly every type of film, from animated hits (Zootopia, Incredibles 2) to offbeat comedies (Jojo Rabbit) to science fiction (Super 8, Star Trek Into Darkness) to big adventure thrillers (Mission: Impossible - Ghost Protocol, Spider-Man: Far From Home) to even documentaries. Everything but a Western. “While Westerns have quite a daunting legacy, I was delighted to take a swing at one of my own,” exclaimed Giacchino, naming one of the reasons he was so excited to lend his formidable talents to Let Him Go. (Take a swing at recreating your own Western by signing up for the Let Him Go Getaway Sweepstakes.)

We talked to the acclaimed composer about how he developed the themes for the different families, how the landscape inspired him, and how the film is ultimately about hope.

I've known Tom for a long time. We worked on The Family Stone and Monte Carlo. He is one of those filmmakers who always approaches the subject matter with such an interesting point of view. Tom and I have a lot in common creatively. With Tom, every film is so different. I try to do that with my film scores as well. He’d been threatening to make this one for a while, calling me up to say, “I got a Western, I got a Western.” 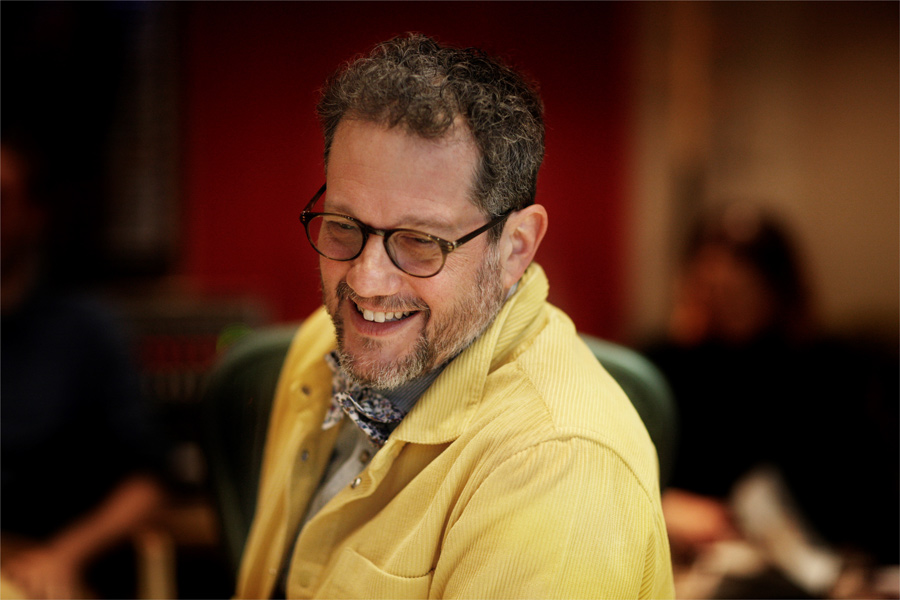 What did you feel was the score's biggest creative challenge?

It was to add a sensitivity and a reality to everything so that you could really identify with these characters and what they were going through. Hopefully none of us have to go through what they did. Tom and I discussed keeping the music as simple and honest as possible. Not to overdramatize things or push so hard that the audience feels as if they are being told what to feel. We just wanted to be as honest and true to what the characters were thinking and feeling.

While the film is a Western, it’s also a road movie, a thriller, a family drama. Did you use these various genres musically?

There are multiple aspects and layers to this film. When Margaret is in the car riding with one of the Weboys, that's leaning into thriller territory. So musically it is not simply a Western. As a composer, you're always at the mercy of what the movie is asking. You can’t just write whatever music you want to write. You need to write what the movie is asking of you. The thriller aspect is something I love, but there is also an element of horror as well. The film allowed me musically to lean into that lonely Western feel but not give up the things that are fun musically, like thrillers or horror.

Westerns have some of cinema's most memorable scores. Were there specific films or composers you took inspiration from?

There are so many greats. Elmer Bernstein (The Magnificent Seven) for sure was one of the greatest. John Barry did some great Westerns (Dances With Wolves). Jerry Fielding (The Wild Bunch). Ennio Morricone (The Good, the Bad, and the Ugly, Once Upon a Time in the West). The list goes on and on. One of my favorite John Williams scores was for The Cowboys. Those scores were different from what we did here. They are a little more heroic, a little bit more sweeping. The score for Let Him Go is really about what is happening internally, not externally. 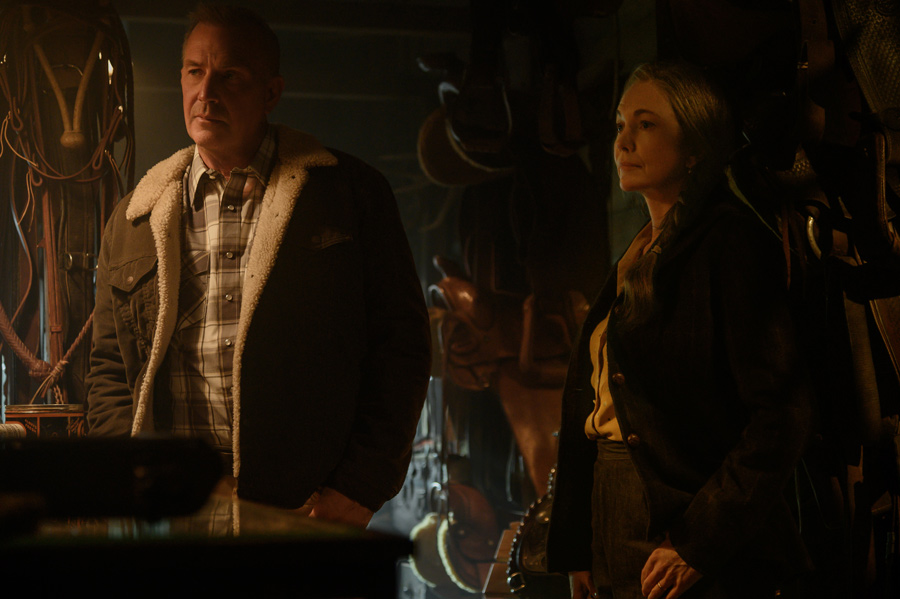 What sort of themes did you develop for the film?

There is a dual theme for the family. One that is related to the family when their son was alive and one for the current family without the son. That sense of hope evoked by the first theme is something we want to return to at some point in the story, even though both parents know that they can never really get there. But they want to get that hope back, which is why they are so concerned about their grandson.

The music for the Weboys is thematically much simpler. Musically they were treated at face value. For them we wanted to create the uneasiness of dealing with somebody unpredictable, someone who could go left or right at any second. I wanted that unnerving feeling in the music for the Weboys.

What sort of instrumentation did you use for the score?

We wanted it to be as simple as possible, so we had a very small orchestra—probably one of the smallest one I've used on a film. It was a guitar, a piano, a very small string section, a couple of percussion players, and a bass player. There are many times in the film when there is really just one instrument playing. It is not often that I get to do that, and I really reveled in its simplicity. Most of the films I've signed on to have a hundred-piece orchestra. If we had a huge orchestra here, it would not have been truthful, it would have felt like we were reaching for something that wasn't there. Being able to strip everything away really helped us to reflect the emotional state of the characters.

Were there particular music traditions, like folk songs, you worked in?

There are moments in writing when you think, "Oh, that seems like a Western theme" or “That feels like it could be an old cowboy song.” But it wasn’t intentional. The one thing we did talk about was the idea of church music being a timeless variant that occupies your heart in a certain way. Regardless of whether you are religious or not, there's something about those very simple chord progressions that engage you and pull you in. I thought of traditional church music as one of the influences for how the film’s themes would be laid out and how they would be produced.

I remember sitting with Tom watching that scene and we both felt, "Wow! There's something that's working here. Let's not change a thing."

When we started, I remember asking, “Are there going to be vistas and mountains?” But in this film those elements are always treated within the context of character. It was never, "Hey, let's look at this incredible sunset against the rolling hills of the west." It was more about looking at how these characters position themselves against these backdrops. Character always comes first. When they're driving through this expansive, beautiful background, I was really thinking about their relationship. How are they as a couple? How strong is their relationship at this moment? And how do I reflect that in music? Maybe you can widen that out in how you orchestrate and how you perform the score.

Were there specific cues you felt worked just right?

I haven't listened to this music since we recorded it. I generally need to take some time because I've learned over the years that if I step in too soon, I’ll start thinking, "Oh, why did I do that?" or "What was I doing here?" But I felt really good about the final scene. You've been through this crazy emotional journey and finally you are handed some hope. That's a wonderful thing. I remember sitting with Tom watching that scene and we both felt, "Wow! There's something that's working here. Let's not change a thing."