A Q&A with Ken Tanabe, the founder of Loving Day

On June 12, 1967, the United States Supreme Court handed down its decision in the case of Loving v. Virginia. In a single, unanimous voice, the highest court supported the right of Richard and Mildred Loving to marry and struck down Virginia’s anti-miscegenation law. The quiet dignity of the mixed-race couple at the center of this battle inspired filmmaker Jeff Nichols's acclaimed featureLoving (with Joel Edgerton and Ruth Negga). For fans and critics, the film was not a simple period piece but a moving legacy to the couple and their principles. For Rolling Stone, “Nichols has given us a quietly devastating film that resonates for the here and now and marches to the cadences of history and the heart.”

In 2004, Ken Tanabe, a graduate student at the Parsons School of Design in New York City, was also moved by Richard and Mildred Loving. To honor them, Tanabe designated June 12 as Loving Day. It was a way to call attention to their struggle and to celebrate families of mixed-race marriages everywhere. For Loving Day this year, we spoke with Tanabe about how he created this special holiday, why the Lovings are so special to him, and what you might want to do this year on June 12. 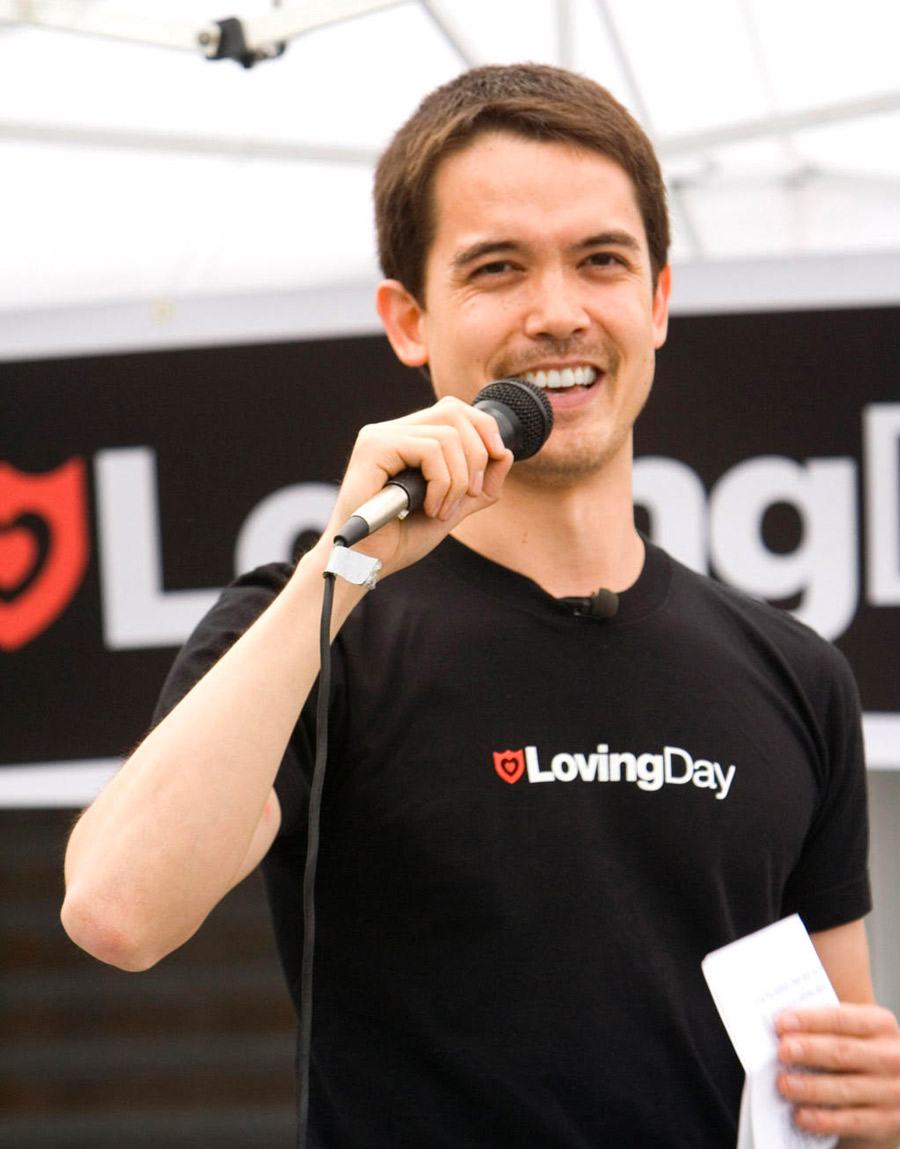 Where did the inspiration for creating Loving Day come from?

Loving Day officially launched in 2004. It was originally my graduate thesis project in design school, if you can believe that. I stumbled across the Loving case a few years before and it stuck with me. Why hadn't I learned about it in school, or anywhere else? At first, I considered making a website, and then a film. I'm pretty glad I didn't attempt the film, considering that the Loving film is so good, as is The Loving Story documentary. But then, I wondered if the June 12th anniversary of the Loving decision could be a meaningful day for couples and families. It felt a little crazy to suggest a new day like this to the world, but I was inspired by other important days such as MLK Day and Juneteenth. I gave it a try. I approached it as a campaign for a "real" day, and that's how Loving Day started.

It was not very complicated! It was a gathering at a bar in New York City in June 2004. We had an early evening time slot, before pretty much everyone usually got there. There was a DJ and some speeches. Maybe 100 people or so showed up. I still like the idea that it should be easy to participate in Loving Day, whether you have a potluck dinner or a picnic blanket. We need to keep our community safe while COVID-19 is still here, so many people are hosting virtual events instead.

When did you first hear about Richard and Mildred Loving and their Supreme Court case?

I was actually searching the web for something else. I remember asking my parents and older relatives about it. They all remembered it as front-page news back in the day. But no one my age or younger seemed to know about it. I couldn't believe that a civil rights milestone of that level was not common knowledge — especially with such a memorable name. I was moved by Mildred and Richard Loving’s story, too. I also realized that if it wasn't for Loving v. Virginia, my parents may not have gotten married and decided to live in the U.S. — which means that I might not have been here to have this lovely conversation with you.

As people who helped change America, how would you describe the Lovings as a couple and the example they set?

To me, they were two people who really loved each other and were deeply committed to each other. I think they brought a quiet strength and perseverance to the challenges they faced, and they made history in the process. You see it in Mildred Loving's letters, and footage of them. To me, that's the example they set, which also came across to me in the film.

Can you talk about your own family and what it means to come from a mixed-race family?

My dad is from Japan and my mom is from Belgium. Growing up in the U.S., we spoke a few different languages at home. The fridge was international. I like to say that in my parents' house, the TV didn’t speak English that often. I’m speaking from my lived experience. Coming from a multiracial family may mean different things to other people. We are all affected differently by systemic racism, cultural norms, and many other things. For me, outside of our home and my parents' circle of friends, I had never experienced community in the way that I did after starting Loving Day. It was meaningful to me, and I hope that others find it meaningful in the context of their own experience. 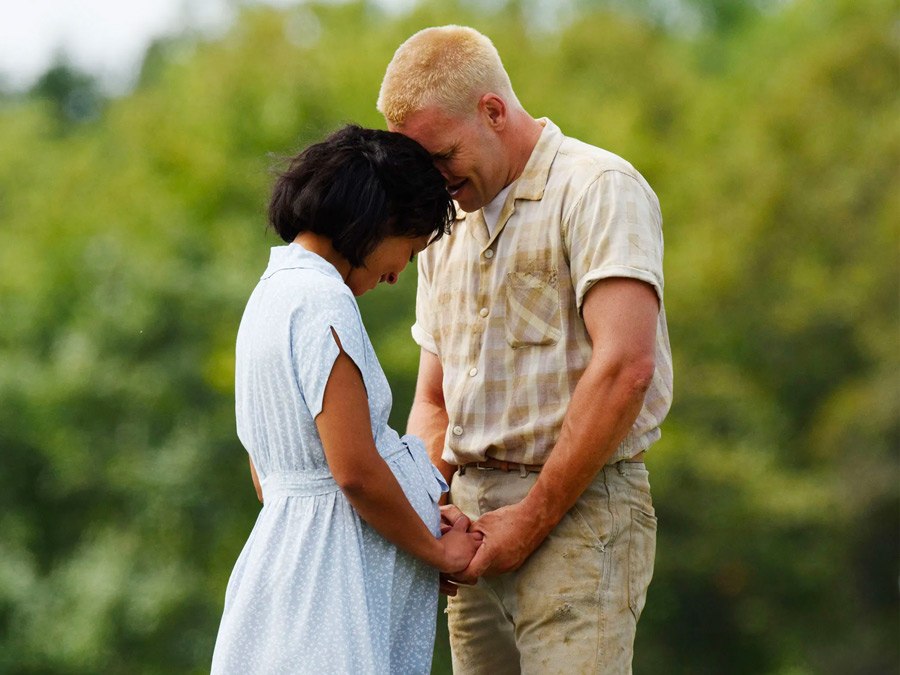 Ruth Negga as Mildred and Joel Edgerton as Richard in Loving.

As activism, Loving Day, much like the couple that it is named after, seems eager to bring people together and establish a community. Can you talk about what your hopes for the events are?

My hope for Loving Day is that it grows as a tradition, shared between friends and passed down between generations. The project is about education, visibility, and community. I believe it can be a platform for all of those things. I see it as something that connects a global community. Events are one part of that. Sharing knowledge and stories is another. It can also be a time to stand in solidarity with the communities that intersect with ours.

What are some of the more interesting ways people have celebrated Loving Day?

Some people choose to get married on Loving Day, or as close to it as they can since it’s not always on a weekend! To me, that's incredibly powerful. It's such an important moment in people's lives. Recently, we've seen people attend protests on Loving Day — or even get married and protest on the same day. Beyond the well-loved options like picnics, barbecues, and virtual events, I've seen a lot of beautiful expressions of Loving Day — theater performances, musical performances, album releases. I could go on. We saw people baking or ordering cakes frosted with a Loving Day theme. That inspired us to order similar cakes for a few of our events. Our community is quite vibrant and has really good ideas.

How would you suggest people celebrate June 12?

I encourage everyone to visit LovingDay.org for inspiration. For example, many people share on social media with the #lovingday hashtag, which has been shared tens of thousands of times and has trended twice so far. There are events that people can choose to participate in, many of which are virtual. We have free educational resources about the Lovings' story and case. But one of the best things about Loving Day is that people can acknowledge the day and its significance in the way that is most meaningful to them and those they care about. It's a shared tradition, so you can make it your own.