A Q&A with Josh O’Connor

In EMMA., Autumn de Wilde’s sparkling adaptation of the Jane Austen classic, the course of true love never does run smooth. In her rush to make matches, the title heroine (Anya Taylor-Joy) is constantly misreading cues and overstepping boundaries, especially in regard to her own heart and feelings for Mr. Knightley (Johnny Flynn). Indeed, as she pushes her young protégé Harriet Smith (Mia Goth) into the arms of the parish priest Mr. Elton (Josh O’Connor), she fails to notice he only has eyes for her.

In recent years, O’Connor has proven himself as one of Britain’s most talented young stars. He has been awarded Best Actor by the British Independent Film Awards twice. In 2017, he won for his breakout performance in God’s Own Country and in 2019 for the romantic comedy Only You. On TV, he has shone both as the young writer Lawrence Durrell in The Durrells in Corfu and as Prince Charles in The Crown. In EMMA., the young actor got a new challenge by helping turn this famous romance into a screwball comedy, a job he does exceedingly well. The Hollywood Reporter writes, “O'Connor brings just the right touch of comic exaggeration to the role, without sending it into caricature or farce.”

We talk to O’Connor about finding the truth about Mr. Elton, Jane Austen’s comic sensibility, and why he thinks EMMA. is the perfect date movie.

Tell us a little about Mr. Elton and his relation to Emma

Mr. Elton is the local parish priest. He sees Emma at his church every week. I describe him as a naive narcissist, a man who believes everything that he does is God’s will.

How did you craft the character of Mr. Elton?

Obviously when you are doing an adaptation, you go back to the source. I went through the book learning what the other characters, like Emma, Mr. Knightley, or Frank Churchill, felt about Mr. Elton. Then I let that go. The fun bit is creating something new. For me, it was important to find some truth in character. My answer came in understanding his sense of God. He genuinely believes that everything he does is God’s will and he is essentially a vehicle for God—just as Jesus was.

When did you first read the novel Emma?

I first encountered it in school at age 15. I remember thinking, “There are an awful lot of words here.” I think I thought it was quite boring. Obviously, I don’t think that it is boring now.

Why do you think modern audiences connect so strongly with Austen’s novels?

I think that it's because Jane Austen was very modern and forward thinking. Just as with Shakespeare, Austen’s stories are so malleable that we can visit them time and time again and they still seem relevant. This is not always so with a lot of literature, but it is true with Austen. 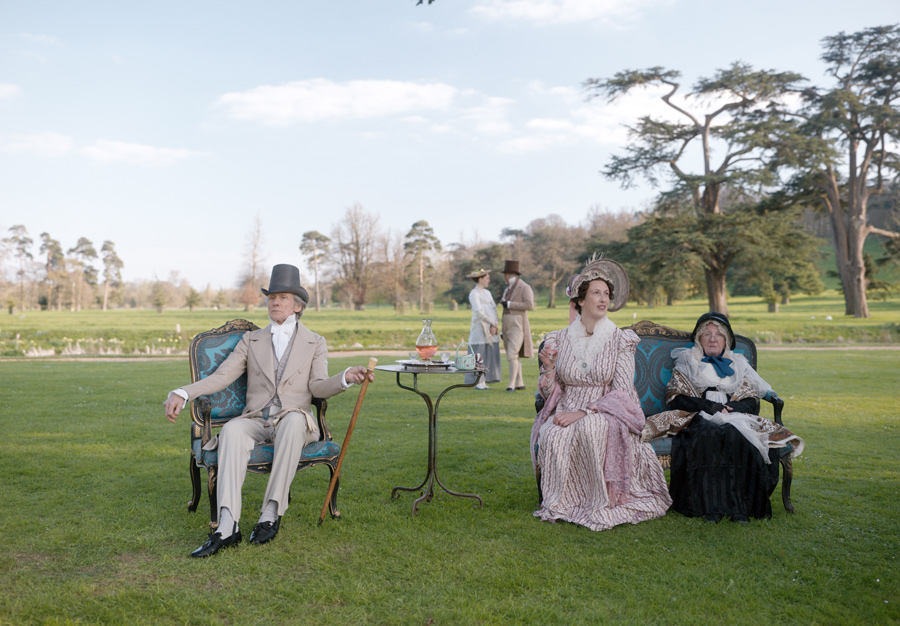 The cast of this film really makes it feel like this is an EMMA. for a new generation.

If there was one thing I’ll take away from this film—other than the fact we all loved Autumn—is that the cast got along so well. A lot of us already knew each other. I knew Johnny Flynn from years ago. Callum Turner I remember from just knocking about. I was friends with Mia Goth and Bill Nighy already. But I also met some wonderful new people. Rupert Graves became a great friend of mine. Both with the people I knew and those I didn’t, we just clicked. From an ensemble and casting point of view, the film has some really great comic actors playing more complex characters. Miranda Hart, for example, is a comedy hero for a whole generation. To see her be funny but also have moments of real pathos and emotion is just extraordinary.

You are mostly known for your powerful dramatic roles. How was it playing comedy?

Mr. Elton was different from anything that I have ever done. I have mostly been involved in more naturalistic and dramatic roles, but here Autumn wanted to make a screwball comedy. Subtlety was not the first word on our notes list. It was, “make a screwball comedy!” That meant stretching the more physical and comic moments and going to ten. 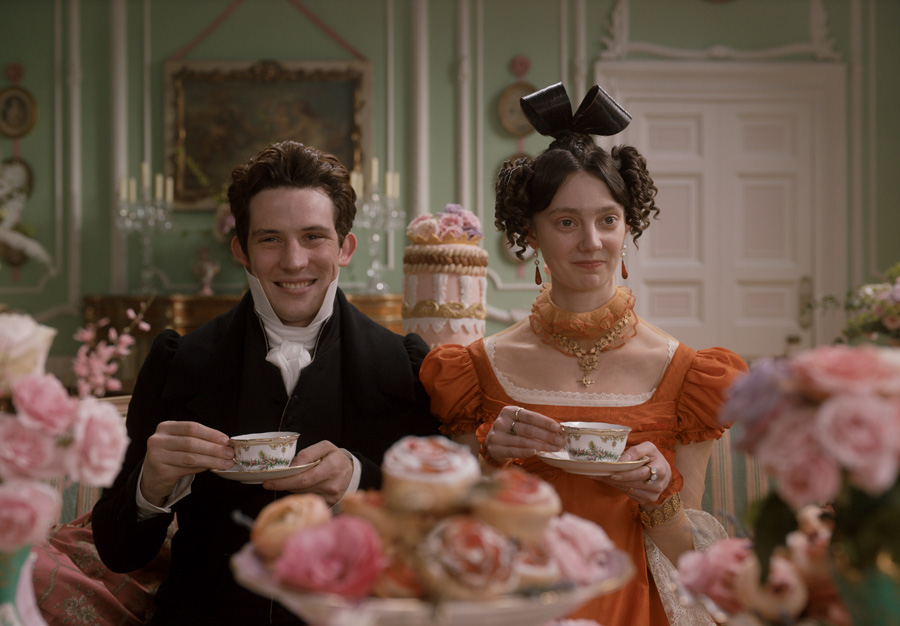 I’ve literally never been on a dating app, but I think that Emma would tell you that she is spectacular. Nearly everything that Emma says in this film would be appropriate for her dating app bio, because every single line is narcissistic and self-loving.

How would Mr. Elton describe himself?

I think that Mr. Elton would describe himself as the most popular, kind, and funny member of the community. People who encountered him on a dating app would be very disappointed when they finally met him and realized he is none of those things.

How would you like people to feel after seeing this film?

I want people to feel the romance of it. I’ve seen it and was actually surprised by how romantic it is. Yes, it is funny. Yes, it’s a screwball comedy. And yes, it’s visually striking with its tea-set color scheme. They are all there. But the romance is what surprised me. One scene between Emma and Knightley is sensational and one of the most romantic things I’ve seen on film in many years. It is a proper date movie.  Of course, the romance bit with Mr. Elton is completely lost, but everything else is very romantic.