Out Of The Wilderness: Writing The Screenplay For Land

A Q&A with screenwriters Jesse Chatham and Erin Dignam

In 2018, when Robin Wright read an unknown writer's screenplay about a woman who retreats to the Rocky Mountains, she knew she'd found the story for her directorial debut. Jesse Chatham, who wrote the script that would become Land in 2016, had submitted it to the Nicholl Academy Screenplay Fellowship, where it eventually found its way to Wright’s agent. “I loved this script right away,” recalls Wright. “After experiencing a life-altering event, our character, Edee, wants to erase herself and her past life in an attempt to deal with her pain. She makes the choice to disappear from humanity, into the uninhabited wild.” After deciding to direct the film, Wright later signed up to play the main character as well.

Edee is a woman who reconnects with humanity through her friendship with a hunter, Miguel (Demián Bichir), who teaches her how to navigate the mountains. Before shooting, Wright brought on her colleague and friend Erin Dignam, who directed the star in two features, Loved and Denial, that she also wrote. Dignam not only tweaked the screenplay to fit the production’s needs but also added touches that embraced Wright’s unique talents as an actress. Together Chatham and Dignam crafted a delicate story of a woman overcoming difficult circumstances. “Without a drop of self-congratulatory 'enlightenment,' Land occupies a wild terrain of ineffable tenderness,” wrote The Hollywood Reporter.

We spoke with Chatham and Dignam about the story’s origins, the challenge of writing such an emotional journey, and how the themes of isolation and survival speak to the times we live in now.

Land is now playing in theaters. Get tickets now.

Where did the idea for Land come from?

Chatham: After my wife and I had a baby, and we moved from Denver to the country, I became interested in the idea of isolation. What would it take to live apart from humanity? What kind of training would you need? What would it be like to never see another human being? That speculation evolved into me thinking about what kind of person would do that. Who would choose to move away from everybody and everything? I thought that perhaps it would be because of pain. I jumped into the idea of a woman with no experience in the wilderness choosing to do this. The story wasn’t based on any experience I had. I'm not even that outdoorsy. I don't think I would last a week in the wilderness myself. 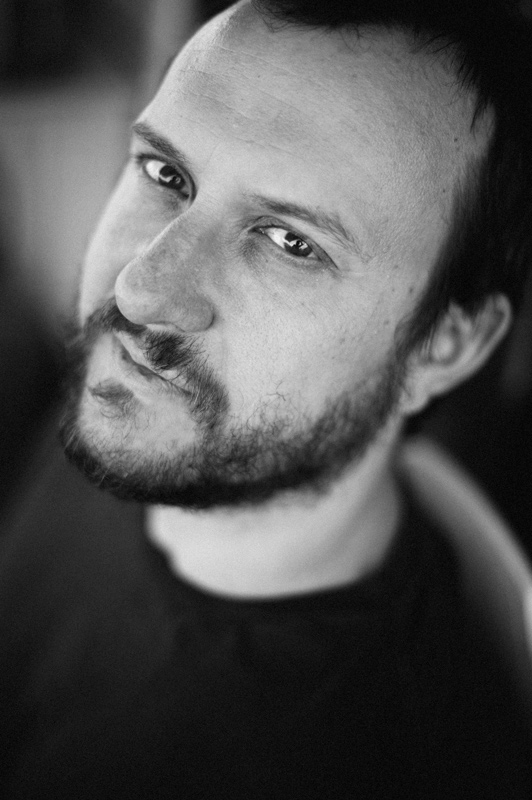 What is your own connection to the mountains?

Chatham: I grew up in a small town outside of Boulder, Colorado. My dad took me camping as a kid, and I would go up to the mountains with the YMCA. When I got older, I’d go up into the mountains for snowboarding. It has always been a part of my life, although I would not describe myself as a mountain man.

I love how the title Land works both as a noun and a verb. How did you come up with it?

Chatham: Actually, my original title was Island, which played off the line in the John Donne poem about no man (or woman) being “an island entire of itself.” I like the idea of thinking that being out there in the wilderness was like being on an island. I dropped off the “s” so that the title became I Land. It turned out, however, that Netflix had a show called I-land. So the producers shortened it to Land, which I think works fantastic. I definitely think it fits the film.

Can you talk about the evolution of your screenplay from your first concept to production?

Chatham: I started writing it in 2015 and finished in early 2016. I wanted to give it the best possible shot, so I submitted it for the Nicholl Academy Screenplay Fellowship competition. I worked with Drew Hilton, a great screenplay analyst, who gave me some excellent notes. It was a great honor when my screenplay was chosen to be among the top 50 scripts. But what turned out to be really great was that Lora Kennedy, who was then head of casting at Warner Brothers, was one of the readers for the competition. She loved the script. When the contest was over, she reached out to me and things just happened from there. Lora was the film's first producer, and then Allyn Stewart came on board in 2017. Sometime after that, Robin read it and really responded to the material and decided to direct it.

How did it feel when you heard that Robin was on board?

Chatham:  My wife and I were driving back from California, and right before we hit Denver, we got a call telling me that Robin had signed up to direct. I think I shrieked in the car. I was just so over the moon. For her to come on board to direct was really exciting. Then, when she signed on to star, I knew that Robin was all in on this project. When you get an A-list star to appear in something you’ve written, especially when you are new, that is just amazing. She really busted her ass to get this movie made.

Erin, when did you come on board?

Dignam: I got involved very much at the last minute. This is really Jesse’s story, his trajectory. Right before they were getting ready to shoot, Robin brought me on board to read through the script and do some dialogue work. Having worked with Robin before, I know that she can project a huge strength on screen, even when she is not speaking. She has a very rich internal life. I love that you can read what she is thinking and what she is feeling on screen. I created moments that took advantage of that. 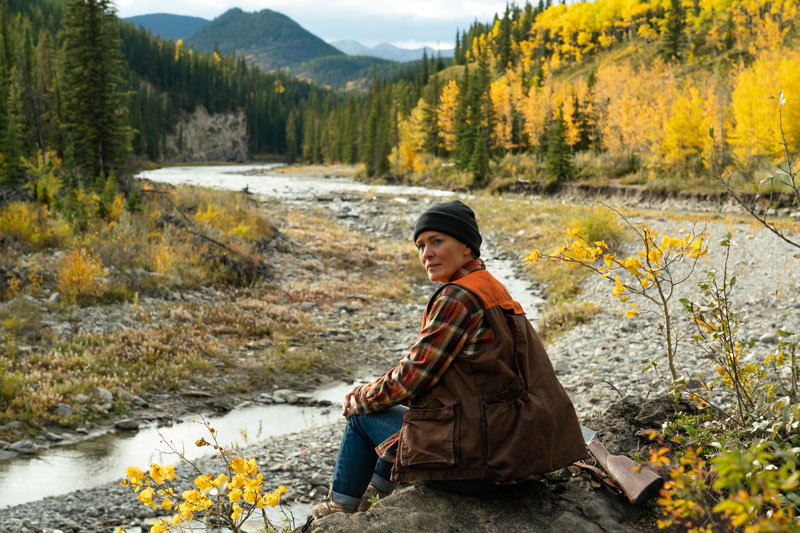 How did you embrace the challenge of having the character alone on screen for long stretches of the movie?

Chatham: In an early draft, I remember counting 15 to 20 pages with no dialogue at all. It reminded me of the movie All is Lost, in which Robert Redford plays a character lost at sea. I don’t think he talks during the whole movie. Just like with Edee, he is just taking care of business and trying to survive. In writing it, the action becomes a meditation of the physical activity necessary every day to survive in the mountains. I wanted the action to show how this physical effort is actually keeping her alive emotionally.

Erin, what did you think of Edee's journey when you first read the screenplay?

Dignam: I was kind of in awe of a human making that choice of being alone on the mountain. I love nature, but I think I would have died in her situation. One of the conversations that Robin and I had was how people would view Edee’s decision to cut herself off from the world. I feel that Edee is definitely running towards something, rather than running away. She is challenging herself. Early on, we talked to this world-famous trauma therapist. He told us how much the physical labor that Edee does is one of the most healing things you can do when when you need to stop your mind from obssessing.

Erin, how did you work with Robin on the screenplay?

Dignam: She told me that she needed my help on the script, but we only had six days. I told her she was going to have to come to my house every morning, so I could read her what I was working on and get comments right away. When the film makes a turn to her starting a relationship with Miguel, I thought we needed more moments to bring that to life. Since Robin and I have such a great shorthand, we could create simple moments, like her singing a song with Demián, which would show what was going on. But Robin should also probably get a writing credit herself. When she was alone up in Canada making the movie, she created a lot of lines just on her own.

It seems that many people feel a real connection to Edee.

Dignam: I've had so many phone calls from people who relate to the story, who call me crying on the phone. People are really relating to the story. I hope people who see the film take away the idea that it is possible to turn out of your darkness into something new.

Jesse, what would you like audiences to take away from this film?

Chatham: I think the theme of human kindness. We can't live without human connection.