This Is Us: Robert Eggers Takes Us Inside The Northman’s Viking World

With The Northman, visionary director Robert Eggers whisks filmgoers into the heart of the Viking realm by recreating their world as realistically as possible. Working with acclaimed historians, Eggers and his team researched every aspect of their life, from drinking cups to sword hilts and animal headpieces. Just as importantly, he recreates their fantastic mindset, a belief system in which the eerie Icelandic landscape is directly connected to the realm of the supernatural, where honor is more important than life, and violence is a form of destiny. Reworking the Scandinavian legend of Amleth with acclaimed Icelandic writer Sjón, Eggers tells the story of a young prince, Amleth (Alexander Skarsgård), who vows to revenge his father (Ethan Hawke) after his uncle (Claes Bang) murders him and absconds with his mother (Nicole Kidman). His journey takes him throughout the Viking world, from Slavic cities to distant farms, where he meets a seeress (Björk) and a fellow traveler (Anya Taylor-Joy) along the way.

In his two previous features, The Witch and The Lighthouse, Eggers explored the past by meticulously recreating the worlds in which the stories take place. In The Northman he takes his unique cinematic style to an epic level. “In a movie era that’s been defined by compromise, The Northman rides into theaters with the fury of a Valkyrie,” exclaims Indiewire. “It’s the rare studio epic that would sooner die than submit to modern precepts of how it should be told.”

We spoke with the co-writer/director about getting all the details right, using Iceland’s harrowing beauty to tell his tale, and learning how the Vikings are more like us than we think.

Get tickets for The Northman now. 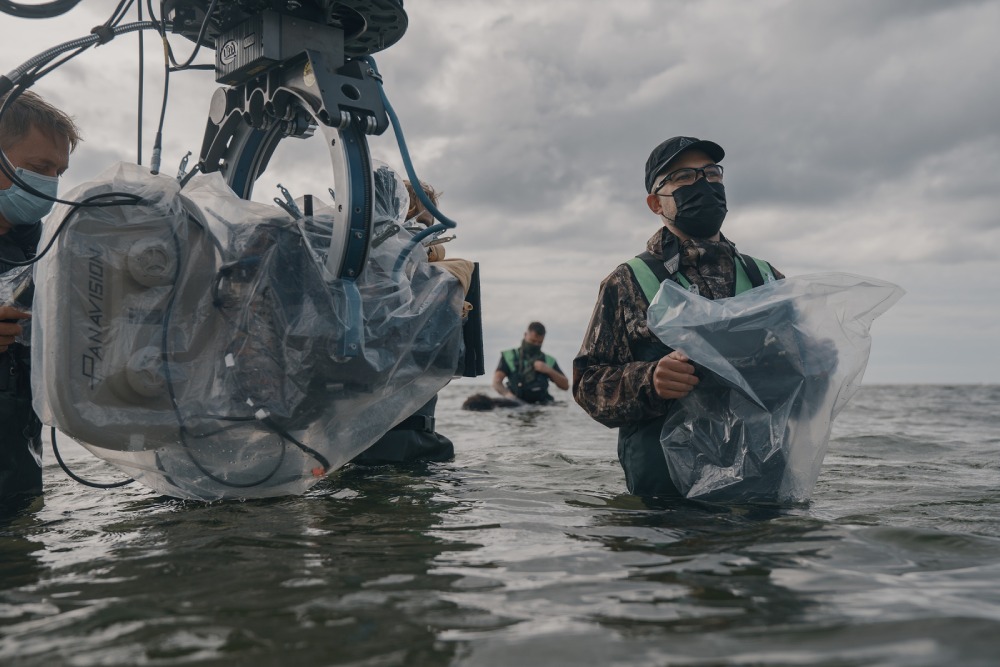 Co-writer/director Robert Eggers on the set of The Northman

How did you want to present the Viking culture to modern viewers?

My hope is that everyone can climb inside the mind of a Viking. Clearly no one is condoning human sacrifice in today's culture, but hopefully we can understand how it makes sense in the Viking mind. For me, no one wins in the cycle of revenge. But you can see how what happens in the movie is a happy ending for Alexander Skarsgård’s character even though I might personally view it as a tragedy. The film presents a culture that is very advanced and complex, has beautiful poetry and visual art, and advanced technology, yet is also dominated by horrifying violence. To understand them is to understand our world as well.

What drew you to focusing on the ancient character of Amleth?

Amleth is a Scandinavian folktale/myth. It was probably originally an old Icelandic poem that has been lost to time. In the Middle Ages, a Danish guy called Saxo Grammaticus wrote it down. Shakespeare read it and thought, "That's a great idea for a play that I'm going to call Hamlet." Using a story that everybody knows as the main narrative of my film—which by the way is a deliberately simple narrative—I can have a Viking funeral in which you sacrifice someone, can explore Viking rituals and mythology as well as the culture in a way that I might not have been able to with a more complex plot.

Were there details that were difficult to get right?

There is a general academic consensus about nearly everything to do with the Vikings—from the clothing they wore to the food they ate to even the ale they drank and how it was brewed. But sometimes there are holes. We are trying to make a complete world in a way that academia does not have to deal with. For example, the consensus is that Vikings did not wear special clothing for rituals. But it also believes that these rituals involve splattering blood all over everyone. I said to a historian, “Is everyone just walking around covered in blood all the time?” “I never thought about that,” he replied. Using research from this, that, and the other, we did our best interpretation of ritualized clothing which is based on research but is also an invention.

At one point, Skarsgård’s character is part of an ultra-violent troop called berserkers. Who were they?

Berserkers (bear warriors) and Úlfhéðnars (wolf warriors) were an elite squad. Kings wanted them as their personal bodyguards and at the front of the battle acting as an advance guard. Part of a cult of Odin, they believed they literally changed into their spirit animals in battle. They would work themselves into this insane fury, believing they were invincible. They were also liminal characters in society. You wanted them in your army but you wouldn’t want one marrying your daughter. Generally, nudity was a taboo behavior in Viking culture and only used in special rites. The fact that berserkers went on to the battlefield almost naked highlights how they were there to scare people to death. 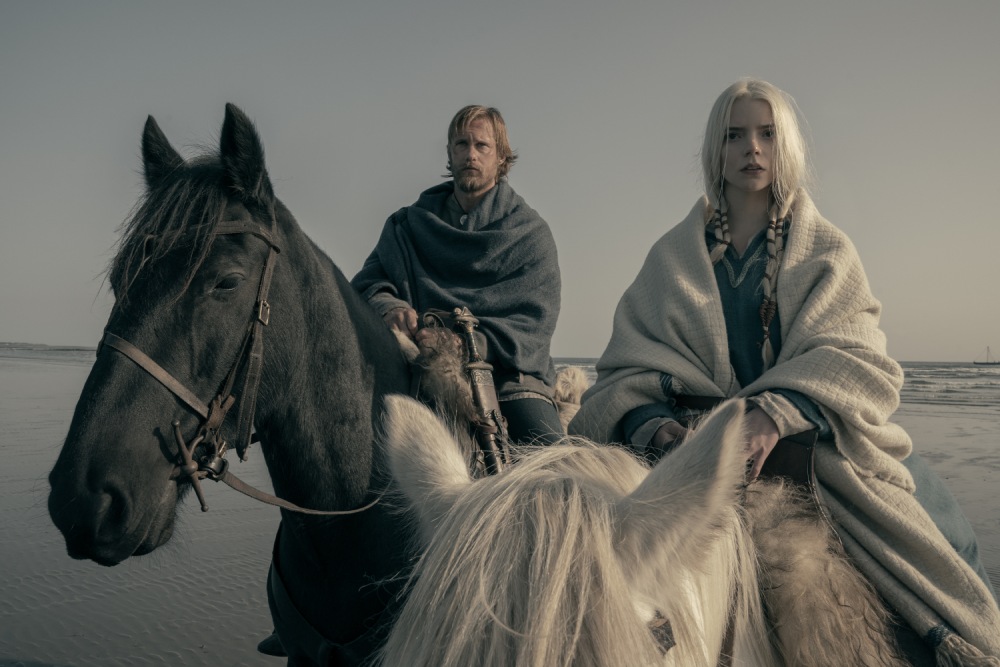 Amleth (Alexander Skarsga?rd) and Olga (Anya Taylor-Joy) in The Northman

You shot the berserkers raid in one take. Why was it important to capture as a single shot?

When you show this stuff in real time, you can believe it a little bit more. I also think audiences experience more fully the weight of the violence. You see all the different beats and how it's affecting everyone. When Alex disappears for a moment from that long shot, we see a woman traumatized by watching her husband being killed right in front of her. It is just so much more immersive in these single takes. I’m also reacting to the worst version of action editing, where a scene is shot with multiple cameras and so cut up that you can’t really follow what is happening.

How long did the berserker shot take to rehearse to get the action just right?

It took months and months of planning. The raid was the most meticulously planned sequence in the film with the largest number of actors, extras, horses, chickens, goats, geese, and children. It was something that we were constantly working on.

How was it co-writing the screenplay with Sjón?

Sjón's a brilliant writer. If I was writing a western or sci-fi movie, I would be lucky to have someone as brilliant as Sjón working with me. But more importantly, every Icelander, even if they hate Vikings, knows what Viking Saga character they're directly related to. Many Icelanders in the 21st century still believe in fairies and land spirits. I needed someone with that cultural understanding to write this with me. And Sjón knows a lot about the folklore.

Were there certain assumptions that you had that he corrected?

I had a good understanding of Viking culture, but certainly Sjón knows the minutia in ways that I could not possibly comprehend. There are things about the culture that Sjón just inherently knows as if it is in his body. One example was the language itself. I have a lot of Shakespeare in my background. When we were writing dialogue, he would tell me, ''Calm down. This isn't Shakespeare. We were great poets but we were minimalistic. So, hold back."

Such an amazing cast. Did you write the roles for any of them in addition to Skarsgård’s character?

Dafoe and Anya's roles were written for them. And we wanted Bjork and Nicole from the very beginning. So, yeah, we had the dream cast. It was crazy.

What sort of research did you give the actors?

I gave them everything that I ever read, even though they might not have wanted it all. But I wanted it available to them. Neil Price graciously shared with us the manuscript for his The Children of Ash and Elm before the book was released. That book became Alex's personal bible. I would recommend that to anyone as a one-stop shop for everything you need to know about the Viking age. 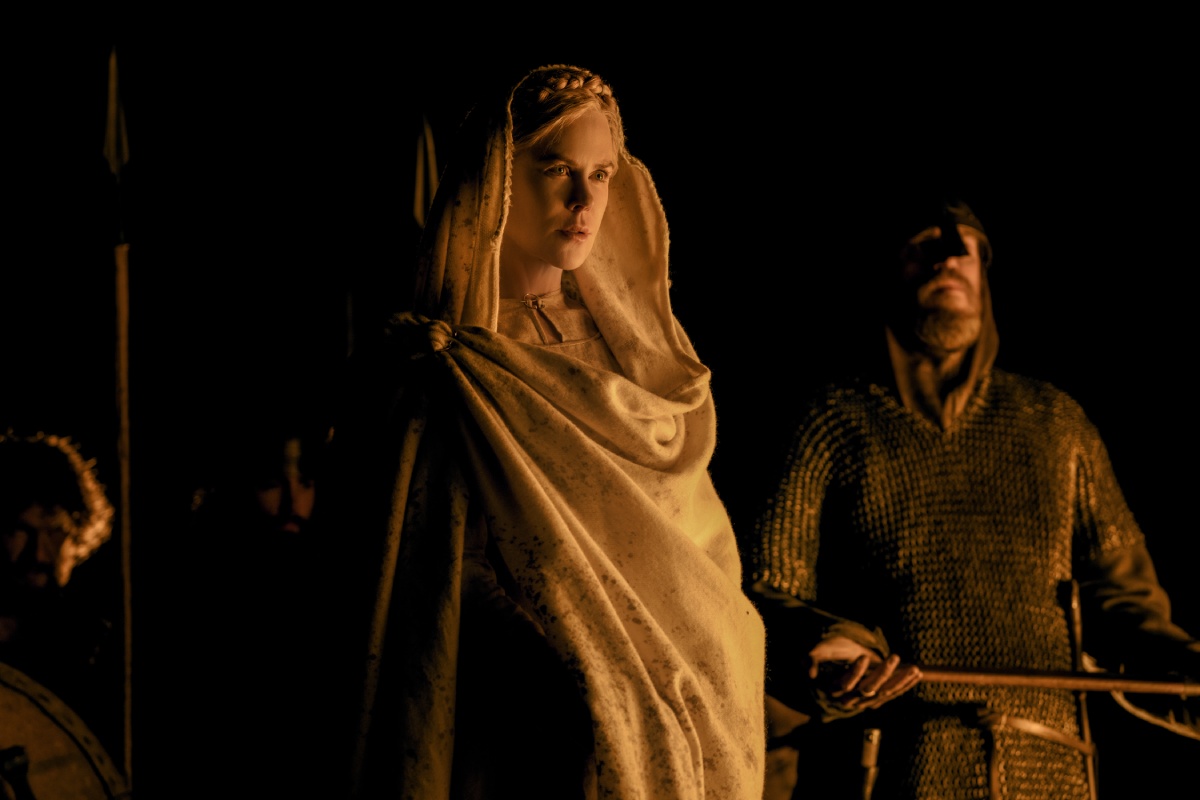 Willem Dafoe said that “bad weather is good” for you. Can you talk about the atmosphere and landscape of the film?

It’s a cliché but true. The landscape really is another character in this movie. Just seeing the landscape in Iceland inspired me to make this movie in the first place. I was never interested in Vikings, because of the macho stereotype. But being in that country got me to pick up sagas and get interested in Vikings. We really wanted to capture that world. So, I definitely got some heat for letting half a day burn waiting for the right lighting conditions. But you gotta do what you got to do.

What do you want audiences to take away from seeing The Northman?

I think I want them to recognize that this is us. I made a movie based on Icelandic sagas that sometimes reads like 80s action movies. I don't want to be glorifying violence personally, but there are scenes of extreme violence in capturing a culture who adores violence. I hope that audiences are thinking about how this is about us when they leave the theater.