A Sound Apart: You Won’t Be Alone’s Unique Score

An interview with composer Mark Bradshaw

In You Won’t Be Alone, writer/director Goran Stolevski uses the life of a young witch in 19th century Macedonia to explore the nature of human experience. When an ancient spirit, the Wolf-Eateress, claims a baby as her own by removing her tongue, the mother tries to protect her by hiding her in a cave. Sixteen years later, the Wolf-Eateress returns to claim her prize. The feral girl, Nevena (Sara Klimoska), imbued with the witch’s power but knowing nothing of the world, begins a remarkable journey of self-discovery. Able to inhabit bodies of people—and even animals—Nevena drifts through life as an ever-morphing entity, awake to the strange, wondrous nature of existence.

To capture the world of Nevena, a creature devoid of language but roiling with emotion, Stolevski turned to composer Mark Bradshaw. The British composer whose scores for Jane Campion’s Bright Star and Top of the Lake have garnered him AFI and BAFTA nominations was eager to find a way to translate Nevena’s world into music. Forging an innovative process of musical composition and film editing, Stolevski and Bradshaw use the music to give the film a striking new voice. “A mesmerizing score by Mark Bradshaw,” exclaims Deadline, “blends ambient Brian Eno vibes with searching piano melodies that carry the film’s many luminously crafted montages.”

We spoke with Bradshaw about finding his way in this creative process, working in a new creative way, and discovering the emotions in the film.

The official trailer for You Won't Be Alone. 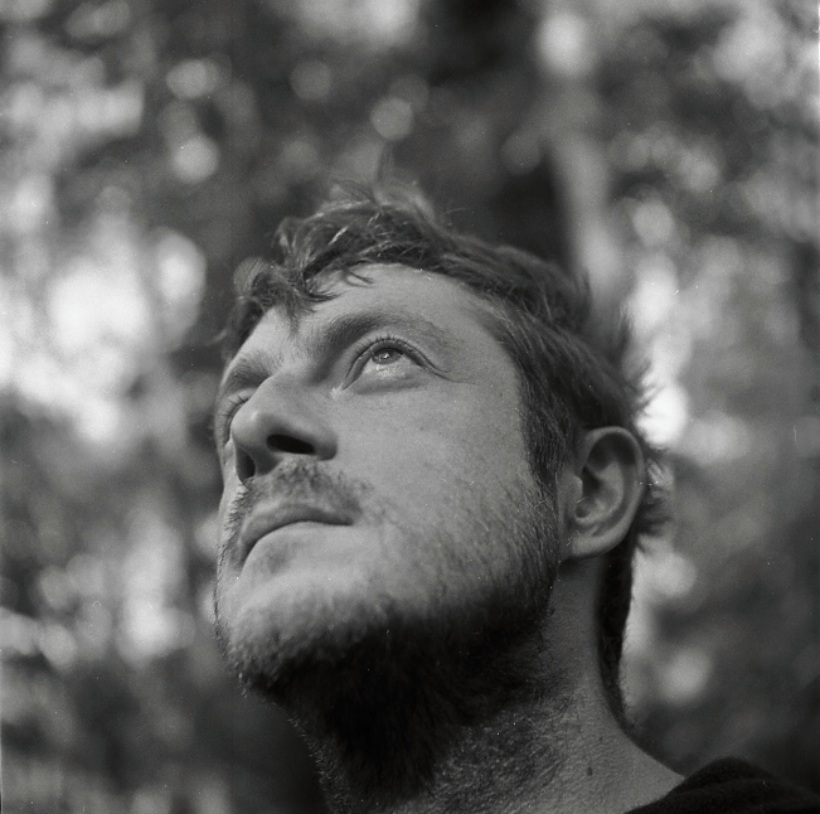 How did you approach the score for You Won’t Be Alone?

I’d read the script and really loved it. They were in post-production in Melbourne and I was in London, so they would send me scenes, and I would send them back music. To be honest, I sort of started off on the wrong foot. At first, I was using classical instrumentation that followed the beats in the narrative. I was trying to tell the story with the music. Goren and the editor responded that, “it was beautiful and kind of works but also ultimately doesn’t.” For a while nothing I created seemed to land. Goran sensed that I was on the wrong path. He changed the way we worked. Instead of sending me scenes to work off of, Goran told me stop looking at the film. Not even to think about the film.

If you weren’t scoring to film, what were you creating music to?

He wrote me four or five paragraphs that were setups for stories that were seemingly unrelated to the film. One, for example, was about a couple in love who were on a spaceship. They land on an unknown planet and discover all these things about the planet. Others were like that. My task was to make music inspired by that paragraph. When I sent that music back, things started to click. Goran would use those pieces over scenes that I had not imagined the music for. Something about that process was quite freeing and allowed the music to work in the way that neither Goren, nor I, envisioned. I felt like I was creating an emotional, musical world hovering just over the story rather than underlying the different scenes.

Before you started, did Stolevski give you any filmic and music references?

When he originally told me about the project, he told me he loved how music worked in Terrence Malick’s films. He also really liked the work that I had done on Bright Star. In fact, some of that music was already being used as temp. But we both wanted to get away from that as soon as possible and create our own music for the film.

You use Arvo Pärt’s “Spiegel im Spiegel” at one part. Did Pärt’s music inspire you?

I'm pretty sure that Pärt’s music was in there as temp music early on. It really fit the minimalist and spiritual music that Goran was looking for. He also talked about Christian hymns for the score. At one point, I thought about replacing Pärt, but if you try to copy it, it's never going to be as good as the original.

What sort of instrumentation did you use?

We moved away from more classical instrumentation. Originally, we were using flute to give a context to the time and place of the story. When I changed my approach, I discovered that synth really worked. Choirs worked. A combination of real and synth sounds worked as did very ethereal types of sounds. They provided a counterpoint to what was happening on screen. We would balance the gorier scenes with something very ethereal, which proved to be very effective. In the end, I think that the music works a little like the voice-over. It's a little above the film and not so much inside of it. More reflective than in the moment. 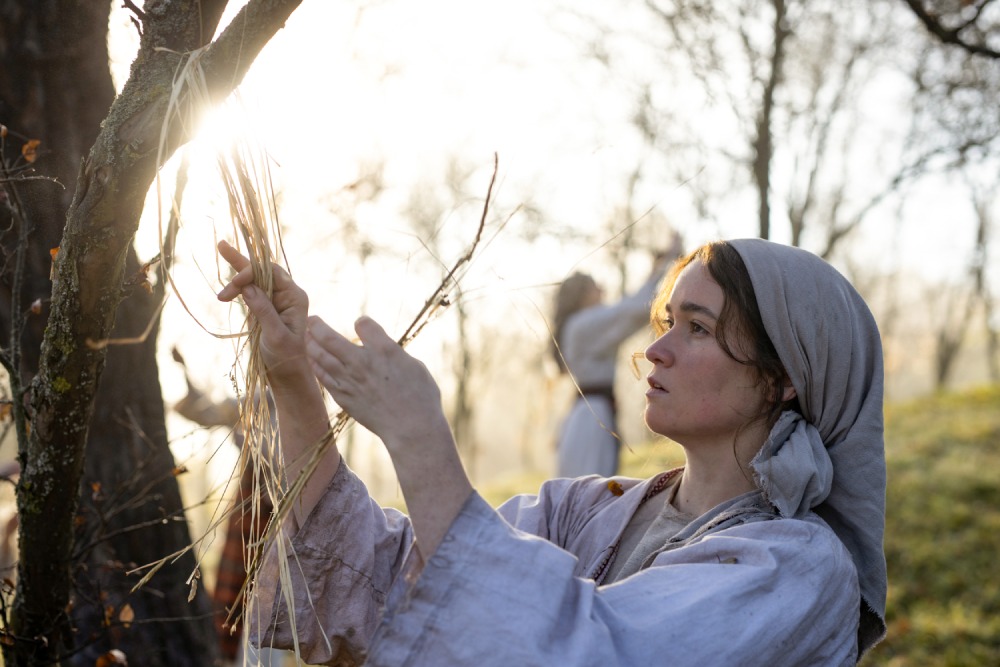 Alice Englert as Biliana in You Won't Be Alone.

Did you create themes for the character Devena?

Not so much intentionally but simply by finding out what worked over what images. We discovered that using the same cue as she was going through various things became really satisfying. And so, that became her theme. A lot of the scoring for this movie was throwing things in the air and seeing where they landed. It became a sort of a jigsaw puzzle in that we were fitting the pieces to picture and seeing what worked. The whole process was very different from the standard method of fitting and timing the music to a particular scene.

When Devena shape shifts and turns into other people, did you alter the theme to indicate a new body but same consciousness?

In a way. We changed the instrument playing the main melody. If we started with celesta, we would change to a harpsichord to emphasize the transition. It was good to hear the same things over different incarnations or to signal the development of experience that started at one place and moved to another. We would express the transition even within cues. There would be progression with a very simple choir going back and forth between two notes with other voices joining in doing a similar movement of notes but in harmony with the voices we originally heard.

With Nevena unable to speak, did the score speak her emotions of awe, fear, and wonderment?

Definitely those three things. Sometimes it was as simple as that when I moved away from composing to image. I tried to conjure up that emotional affect so you would have a moment that just expressed awe or some other emotion. Instead of finding a sound to express the inner world of the characters, Goran often wanted the music to allow him to express himself. This was a very different experience from traditional scoring. It was more about me creating these musical pieces that expressed emotions like fear, awe, and wonderment, and then Goran figuring out where he wanted to place them. He played every single piece over different scenes where he felt there should be music and see what happened. A lot of it was just trial and error to see how the music and image might work together. This method allowed us to invite the audience to reflect on the image in a different way.

I felt like I was creating an emotional, musical world hovering just over the story...

Were the cues which you think the score worked really well?

There were a couple things that I really liked. There is a choir/synth piece that comes up a few times. It's so simple but really beautiful. It has angelic voices combined with a sort of sine wave, synthy sound that becomes a bit distorted. It captured certain moments in the film perfectly. There are some nice orchestral moments over Nevena’s child that feel very spacious. They are as simple as I could get them while still having that lush feeling of a string orchestra. The moments that are really simple but work are really satisfying for a composer—not tricky or showing off.

The movie is such a reflective piece it makes you think about life in such a grand but real way. To be childlike, to be a student in life discovering things. I also love the way it handles gender, allowing the audience to see in a very unusual way the armor that gender can be and the privileges that come with it.