A Harmony Between Love And Loss: Scoring Spoiler Alert

Michael Showalter’s Spoiler Alert follows the remarkable real-life relationship between Michael Ausiello (Jim Parsons) and Kit Cowan (Ben Aldridge). After being together for 14 years, the two find their lives and love completely altered when one of them falls ill. Based on acclaimed TV writer Ausiello's memoir, the film explores the complexity of love, from the blush of infatuation to living together to caring for someone. Aided by his Kit’s parents (Sally Field and Bill Irwin), Michael is transformed by caring for the man who becomes his husband.

To bring out the story’s full range of emotions, from the giddy rush of early love to later tragedies, Showalter turned to composer Brian H. Kim. Having previously collaborated with Showalter on his film, Hello, My Name is Doris, and his TV series, Search Party, Kim understood intimately the director’s creative process. As composer, Kim uses the full range of experiences, from studying classical piano to playing in bands to working in theater and with choral singing to exploring electronic music, to bring to life Spoiler Alert’s complex emotional landscape.

We spoke with Kim about working with Showalter, finding a theme that connects the highs and lows of Ausiello’s story, and feeling a deep personal connection to what the characters go through.

Get Tickets for Spoiler Alert now! 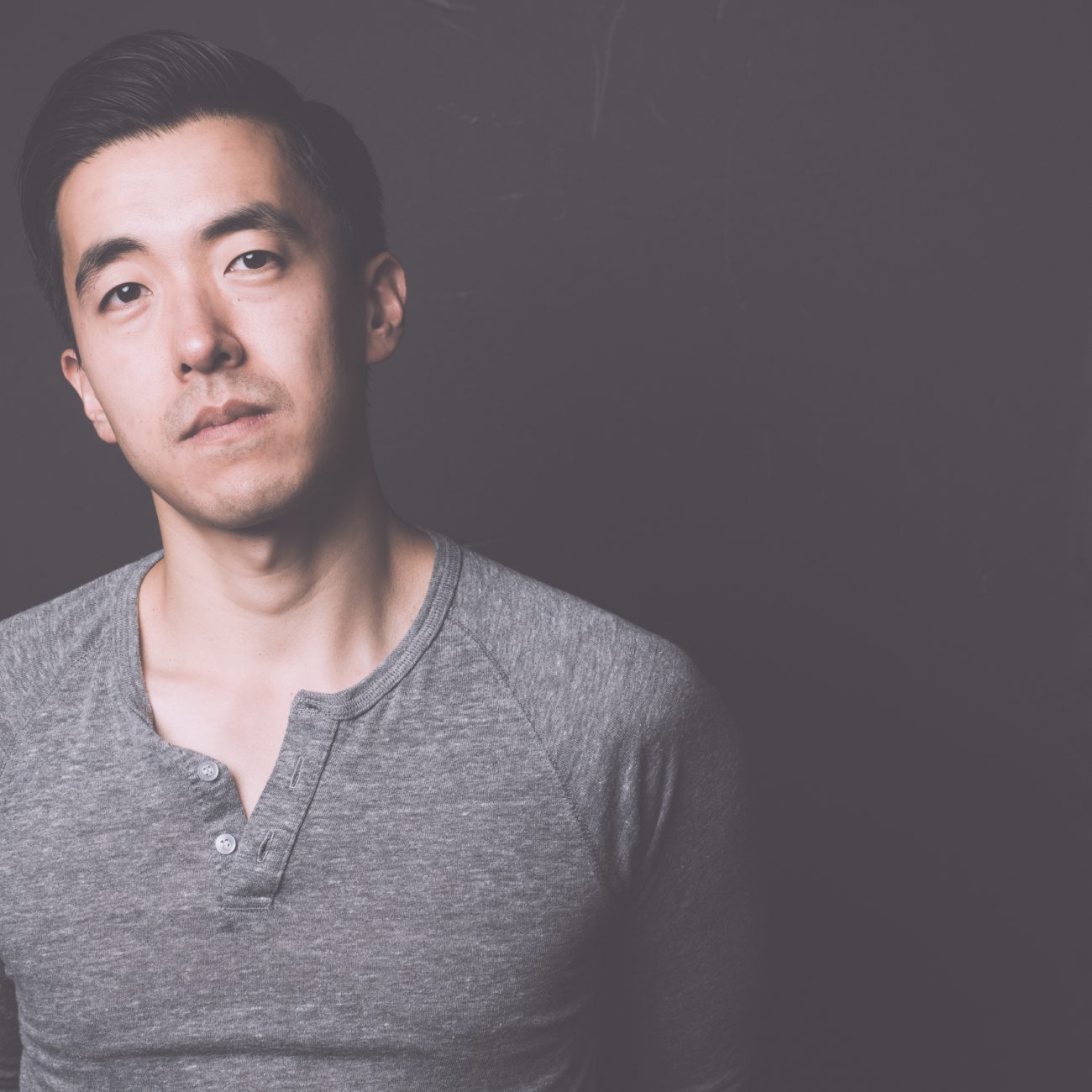 How did you get involved with Spoiler Alert?

I had worked with the director Michael Showalter on Hello, My Name is Doris and we had a really great collaboration. I’ve worked with him again on Search Party. I reached out to him during the pandemic to see how he was doing. A couple weeks later, he wrote back to tell me about Spoiler Alert. I was aware of Ausiello and Kit Cowan's story from following Ausiello's TV writing over the years. When he asked me about working with him, I felt honored to help tell their story.

After you saw the first cut, did you have any ideas about how to score the film?

I saw a very early cut and there was temp score throughout it. But I could see immediately that there was something really tricky about the way the first half and the second half are so distinct. The first half plays almost like a rom-com about Michael and Kit getting together. The second half turns a bit sad. One of the biggest challenges was finding a way to let the two halves coexist.

Did you find a musical throughline to connect the two parts?

I first found a connection working on a scene towards the end. Jim Parsons’ character is in a hospital, waiting to find out what’s going on with Kit. Rather that emphasize the obviously sad elements, we wanted to lean into the beauty of Michael remembering Kit’s life. Once we established that, I started working on earlier parts in the film. In the first half, we decided not to make the funnier sections just funny. We wanted to find an element of beauty and a little bit of melancholy. When Michael shows Kit his Smurf collection, for example, it’s one of the funniest parts in the film. But Showalter wanted to also capture the emotion, the way this is a secret that Michael has been holding on to for years.

Can you describe the music that connects these different emotions?

The secret for me was scoring two very different scenes similarly. The first is a scene where Michael is in the hospital, just waiting. The scene is not about what he was doing, but about how he is feeling. We tried a bunch of different things—making the score very minimal, ambient with almost no melody or more singer-songwriter with some guitar—but none of these things really fit. Then I realize that the score in a later scene when Michael and Kit are together but not saying very much would work well here as well. It had a sort of ethereal, synth-washy sound mixed with strings and a little bit of prepared piano. Once we realized that those two scenes could sound very similar, but still carry the emotion of the scene, I felt I could create a score that suggests a much larger journey. We were looking beyond what was happening in the moment to a larger beauty that defined their relationship.

There are sections where Michael creates a sitcom-style memory of his childhood. How did you score that?

In those cutaways to Michael's life as a sitcom, the music was actually library tracts. We had a lot of discussion about how to treat the music in those parts, whether to make them bumpers or treat them as part of the overall score. I could have scored them. It would probably have been fun for me to score those sitcom moments, to find an emotional way to connect to them. But it wasn’t the right move. I wanted to just lean into the sitcom tropes and use library music that was right for the 90s period they reference. 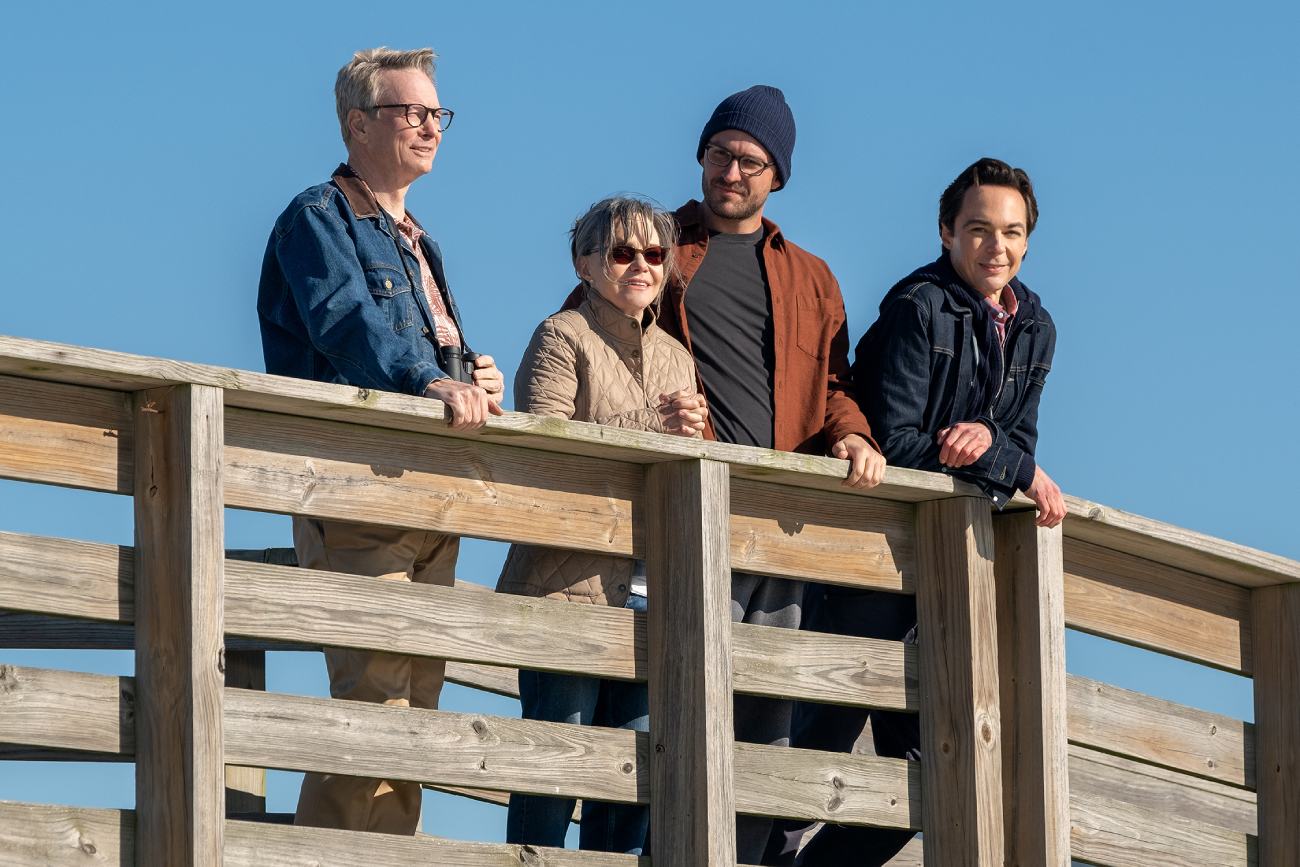 Were there themes for Michael and Kit?

There are two recurring themes. The first one is a Michael theme that we laid down in the chord progression over the main title. It's a very short, minimal cue, a sort of odd modal chord progression. It comes back when Michael starts talking with Kit about who he is and where he works. Michael’s theme sort of disappears as his life becomes intertwined with Kit’s and doesn’t return again until the end of the film when he is on his own again. We also have a Kit and Michael theme for their relationship, which is the ethereal theme that occurs when Kit is in the hospital and towards the end of the film when the two of them are at the Jersey Shore. There is not a ton of score, so we had to be very intentional about where they would hit the hardest.

Did you use any special instrumentation in the score?

I have an upright piano in my studio, in which I often put things to change the tone. I felt that the impact of an untreated piano was a little bit too bright and forward for the tone of the film, so I went to Michaels to buy different fabrics. I put a piece of cloth inside the piano with some painter’s tape and would play a few notes. If it didn’t work, I’d move on to the next fabric. I even tried medical gauze which I thought might be appropriate for this story, but when I hit a note, the piano tone just died. In the end, I didn’t use any of those fabrics. Instead, I cut up an old t-shirt and used that. It produced a nice round tone but still allowed the piano to have a long sustain. It also felt right for the film because so much of the film is about an old lived-in relationship where they find the ease of being together.

Did you try to match the score to any of the songs used in the film?

The songs changed a lot over the course of the cut. It wasn’t so much about matching tone but having to continually change the key. I would write a piece for one source cue that I was going to bleed into and the song would change and suddenly my cue would be a half step off of where it was supposed to be. During the recording session, we had to record a few cues in multiple keys just to have them on hand, because we weren’t entirely sure what the final song choices were going to be.

I actually had testicular cancer when I was 28, three months into the relationship with the woman who would eventually become my wife. It’s sort of a flip-side mirror image of what's happening with Kit and Michael because his illness comes at the end of their relationship and my brush came at the beginning. But the thing that is the same in both situations is the way the diagnosis forced us to take a close look at the relationship that we had and how important it was. The first time my wife met my parents was at the hospital. It was a moment where I could see here is someone who is going to be around for the long haul. I hope when people watch the film, they can look at their own relationships and appreciate all the little things that make up what those relationships are and why they matter.