A conversation with composer Steven Price

“There are maybe a dozen film directors who put the time and care into creating soundtracks as perfect for their movies as Edgar Wright,” exclaims Den of Geek. His curation of quintessential sixties songs in Last Night in Soho perfectly sets the tone for the time-traveling thriller. (For more 60s fun, Wright has provided a Spotify playlist, Soho Nights, with 60 amazing songs that inspired the film). When contemporary Soho fashion student Eloise (Thomasin McKenzie) mysteriously travels back to the Sixties, she finds the power of the period's popular music in the passion of an aspiring singer, Sandie (Anya Taylor-Joy). To frame these songs tonally inside the score, Wright teamed up with his former collaborator, composer Steven Price. Having worked with Wright on three previous films, Price has a keen sense of Wright’s creative process. As a composer, Price, who won an Academy Award®, BAFTA, and ASCAP's first-ever “Film Composer of the Year” award for his score for Gravity, strives to bring something utterly unique to every score. For Last Night in Soho, Price's score provides a counter-narrative to the bright radio hits that pop up throughout the film. Deadline calls the result of the dialogue between sixties standards and his original music “the best sounding film of the year."

We spoke with Price about working with Wright, the musical renaissance going on in '60s London, and Taylor-Joy’s voice becoming the key to unlocking the score.

Get tickets to Last Night in Soho now. 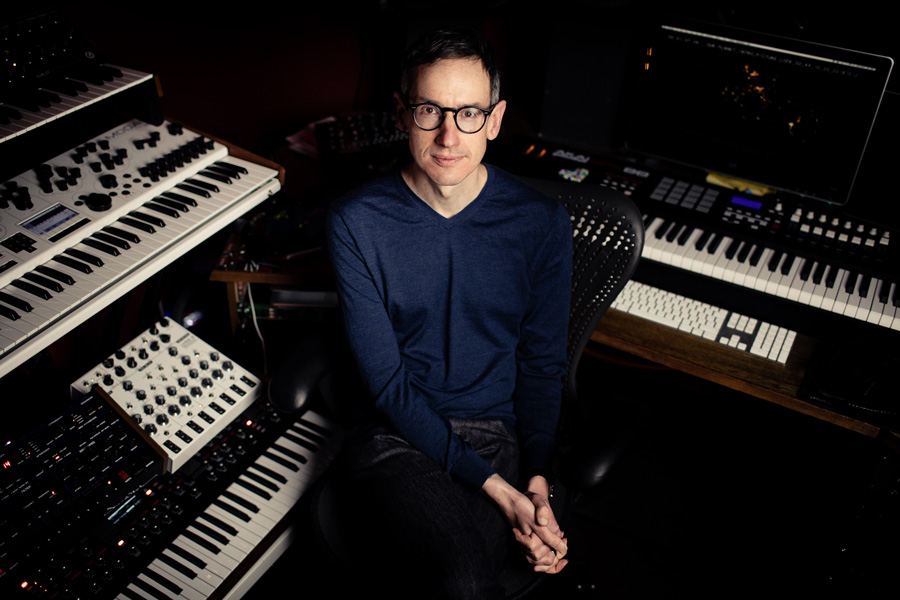 You’ve worked with Edgar Wright before.

We’ve worked on more than three films now. I worked with him back in 2007 when he was just starting the script for Baby Driver. I went on to score Scott Pilgrim vs. The World, The World's End, and finally Baby Driver.

When did you start on this project?

I had dinner with Edgar a long time ago when he mentioned the idea of it. He’d been watching a lot of London-based 1960s films. When I read the script, a good year before the actual production began, I started writing the first score ideas. In fact, they played some of the early demos during costume tests. So, bits of the music seeped into the film very early.

How were the sixties songs chosen for the film?

The songs were written into the script. I was involved in not exactly reinventing songs but twisting them into a different context. While doing The World’s End, we developed a way of taking these needle-drop songs and, rather than just having them play, using the score as a way to juxtapose them. With this film, we took that to a different level.

It’s an amazing soundtrack. What made the music coming out of London at this time so special?

The energy and the excitement. It was pretty much the first time that the music being made in London was going everywhere. These records, which we consider classics now, were coming out every other week. I think you really get a sense of that energy from the recordings. When we did cover versions of some of these songs, we found the original track sheets in Abbey Road. In the sixties, they did four or five tracks a day, where now people take a year to make a record. I think Edgar really captures that excitement in the film.

How did you integrate the pop songs into the score?

We wanted to make the entire experience seamless so that when the song ends and the score begins, it feels like one piece. The score starts off quite small, but by the final third, the score grows so that it feels that the songs are slowly being taken over and morphed by it. We created a series of what we called mirror suites for Edgar to play with. I would get bits of the film back with a little bit of my demo in there. We gradually worked on integrating the songs into the score until it became this flowing thing.

Did you want the score to respond tonally or thematically to the film’s songs?

Yes. We use this Sandie Shaw song, “Always Something There to Remind Me,” which is a classic 60s song, for one of the most intense psychological moments in the film. It starts off as the song you know, but gradually it begins to morph. The orchestra joins in. The voice from the original song starts to leap about. Then the whole arrangement descends into this chaotic state. The idea for playing with the songs in the score came from a road trip I took with my family. I started playing The Beatles and their song “Revolution 9” came on. I realized that it still had the power to terrify. My kids, who had never heard it, were completely startled by it. So I got the idea of using looped voices, orchestras popping up in weird ways, discordant themes, and backward guitars, and then merging it all together. We treated the Sandie Shaw song that way. It ends up as a scary sound montage with a pop song running through the core of it.

Did you use any specific instrumentation in the score?

The film gradually gets more orchestral until we end up in a very big orchestral place. To get there, we experimented a lot with tape loops using vocal lines from the film. Edgar and I worked with Anya Taylor-Joy very early on in the process. When she sang her solo for the song “Downtown,” we realized how well she sings and we could use her voice throughout. We liked the idea that Anya's voice would be the thread that runs all the way through the film. It starts very pure but by the end it's overlapping and dissolving in the score.

Could you give us an example of how the score helped create the film’s atmosphere?

One of my favorite examples is very early in the film. Before we enter the 1960s, the score is very close to the screen aurally. It's not quite mono, but it's not that far from it either. The audience probably doesn't notice it right away. When Ellie goes to sleep in her new flat and we are transported to the 60s, the audience finds itself in this incredibly colorful London. For that transition, we use Cilla Black’s song "You Are My World." We went back and re-recorded new arrangements for the string and the brass, so when you go into the 60s not only does the color open up but so does the sound. You’re suddenly sitting in the middle of this orchestra and totally immersed in the sound.

Edgar Wright is encyclopedic about both movies and music. What is it like to work with him?

The great thing about working with Edgar over a series of films is that we've gotten over that nervousness you have when you start working with a new collaborator. When I send him something, I always get a response back, whether it is enthusiasm or the lack thereof. When I sent him the first demo, he responded, “it sounds like this film.” He also has an amazing musical sensibility. One of the score’s key melodies is this recurring three notes on the piano. I put that three-note motif on a demo very early on. It was just an additional idea that I had completely forgotten about. But Edgar found it and used it to start the film. That's the thing you get from Edgar — he can find that one little nugget you may have forgotten about but he knows how to use it.

What will surprise people about this film?

I think this is a really different thing for Edgar and for all of us involved. We're taking a deep dive into this immersive atmospheric type of filmmaking. It feels like you want to wallow in it. When I saw the premiere in London over the weekend, I realized how many layers there are.