A Q&A with composer Michael Andrews

In Roadrunner: A Film about Anthony Bourdain, Morgan Neville explores the complex nature of a man whom people learned to love from his innovative TV series about travel and food. Following Anthony Bourdain from his early days in the kitchen to his later fame as a world traveler and media superstar, Roadrunner: A Film about Anthony Bourdain celebrates its subject's endless curiosity and restless nature. To provide the soundtrack for this man of many moods, Neville turned to composer Michael Andrews. Along with acclaimed musicians like John Lurie and Josh Homme providing original music to the film, Andrews stepped up to fill in the emotional gaps needed to tell the story.

Andrews started off playing in a number of indie bands, but soon turned to work as a film composer. He quickly made a name for himself with his creative choices and striking scores, including his breakout version of the Tears for Fears’ song "Mad World" which appeared in the film Donnie Darko. Whether scoring intimate films like Me and You and Everyone We Know or laugh-out-loud comedies like Bridesmaids, Andrews takes a very personal, unique approach to every film he works on.

We talked to Andrews about working with such a musically adept director as Morgan Neville, capturing Anthony Bourdain’s spirit, and scoring Roadrunner: A Film About Anthony Bourdain.

Get tickets for Roadrunner: A Film About Anthony Bourdain now.

The official trailer for Roadrunner: A Film About Anthony Bourdain 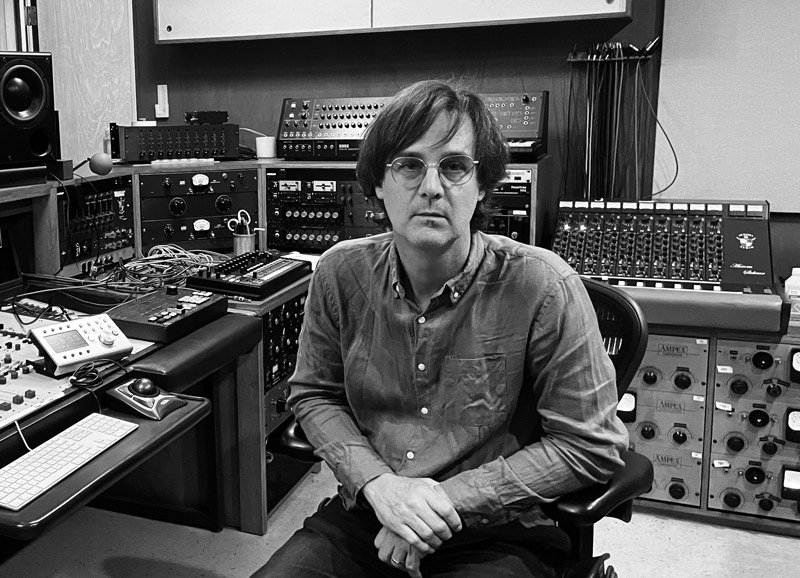 How did you get involved in the project?

I met Morgan through mutual friends and have been in his orbit for about 15 years. I produced some of the West Coast sessions for 20 Feet from Stardom for him. We've always had this feeling that we would do something together at some point. I have not worked on a ton of documentaries, other than Judd Apatow’s The Zen Diaries of Garry Shandling. But when Morgan approached me about this, I was in.

Neville is famous for his music documentaries. What was it like working with someone so savvy about music?

It was challenging. He is like an encyclopedia of music. In terms of music, he feels the authenticity of things — or the lack of it — and therefore has a high BS detector. But that is what makes him such a great collaborator. He is attuned to so much great music that he has a clear sense of where everything comes from. For me, scoring is a process of serving up the music and then seeing how it makes the director feel. You are trying to be the director's musical voice, but you are not the director, so the work is trying to figure out musically what he wants to say.

How much did you know about Bourdain going into the film?

Not much. I knew about as much as most people do who have seen his shows. I didn’t know much about the tabloid side, which worked for me. I was working directly from what was in the film rather than from any preconceptions.

What did you and Neville talk about for the score?

We had very practical discussions about what was needed. We talked about general concepts and what the instrumentation should be. But many of the ideas went out the window the minute I started working. It wasn't that the ideas were wrong. It's just that things change. For one, as he got specific about a final cut, the film’s needs changed. Also, the amount of music being provided by other musicians kept changing.

You’ve worked on a lot of narrative films. Is there a different approach to scoring a documentary?

Overall, documentaries have a lot more music in them than narrative films do. Morgan’s documentaries, however, are very narrative. The purpose of the score can be different. Since documentaries are supposedly about real things, they are not trying to tell more than the reality of the story. With narrative films, you're trying to create a reality. Sometimes you're missing information which the score provides for the audience.

Did you create a theme for Bourdain in the score?

That technique doesn’t really work here because Bourdain is literally all over the map. Sometimes we were trying to establish a place. Sometimes the score captures his energy. Sometimes it's internal. The score provides a different shade in almost every scene. There wasn’t a single theme. Instead, the score is a balancing act of reflecting people's perceptions of him and also changing them. 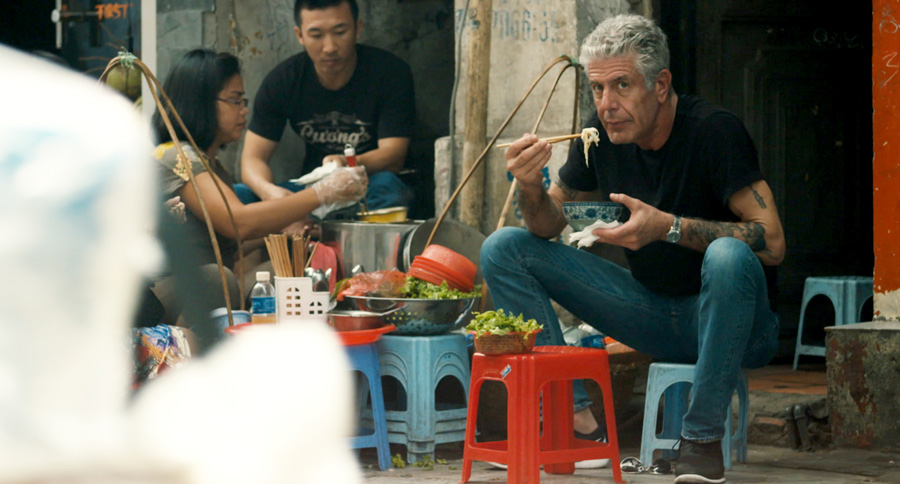 How did Bourdain’s own personality inform your music?

Working on the Garry Shandling documentary was very similar to creating this score. Both he and Bourdain were very much about trying to follow their own path, to be authentic to themselves. In working on Roadrunner, I was less trying to reflect Bourdain as staying true to Bourdain's spirit by trying to stay true to myself. I know a lot of people who identify with Bourdain’s nature, who understand that complex mix of getting what you want but also feeling bad for it. In the film, I was trying to tune into different stages of that cycle.

Can you talk about a scene where you felt the music expressed what you wanted?

My favorite moment was this sort of Heart of Darkness scene, where Bourdain’s on a boat, cutting up chickens. I created the music by vocalizing to my iPad and then outputting it and playing other things alongside it. With it, I took something that sounds really human and pushed it into an abstract sphere. It had this interior wildness that felt just right for the moment. It was a moment where Bourdain realized he could do whatever he wanted in his life. He realized that he could make his TV show the best show it could be by just being himself.

What was it like creating the score during the pandemic?

In the summer, when there was a lull in cases, I got together with musicians I often work with. It was the only session during the entire pandemic that any of these people had done. I think we all had this overwhelming sense of how important it is for humans to be in the same space making music. We worked together for three days and came up with about half the raw material for the score. We just opened the floodgates and let it all pour out. We walked away saying, “Oh my gosh, that felt so good.”

What do you want people to feel about the film?

Just appreciate Bourdain as an incredible, perhaps flawed person, a dreamer who was searching for who he wants to be in the best possible way.