The Visual Choreography of You Won’t Be Alone

Goran Stolevski’s stunning debut feature, You Won’t Be Alone, transforms a dark folktale of possession and witchcraft into a luminous exploration of what it means to be alive. In 19th century Macedonia, a young girl, Nevena (Sara Klimoska), who has been locked away in a cave her whole life, discovers the outside world. The only problem is that a witch, Old Maid Maria (Anamaria Marinca), has turned Nevena into her heir. Endowed with horrific powers and utterly naïve, Nevena discovers the world by taking over the bodies of others (men, women, children, and animals). “If parts terrify you, you’ll be more in wonder by its end,” suggests Film Inquiry about the film’s presentation of Nevena’s extraordinary journey.

We spoke with Chaung about what drew him to the story, how he developed a new film language with Stolevski, and how he had to become the characters to shoot the film.

Watch You Won’t Be Alone in theaters this Friday: YouWontBeAloneTickets.com 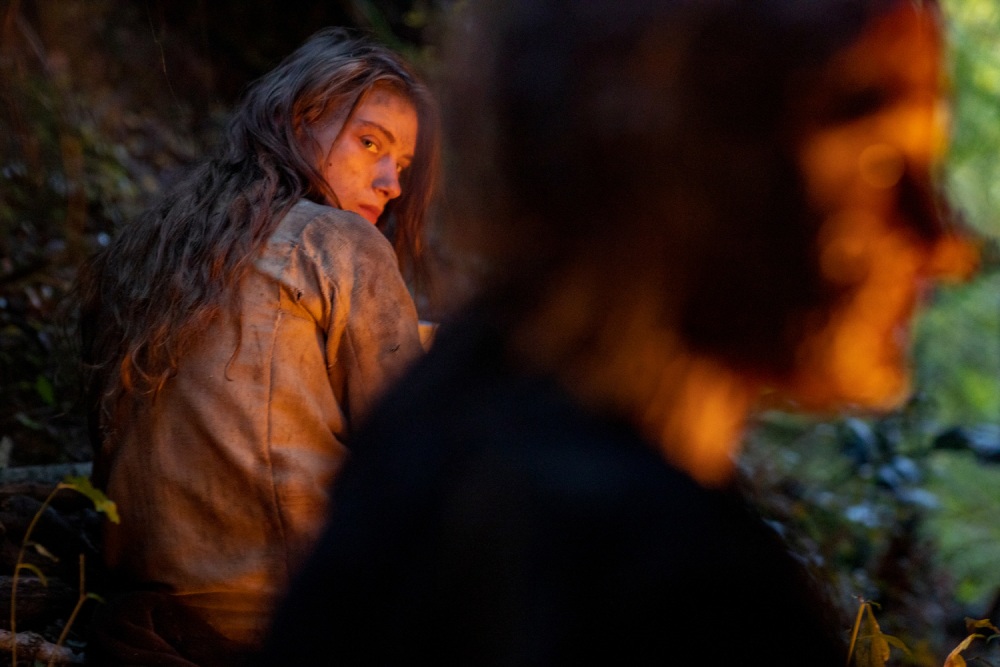 What did you think when you first read the script?

Goran first described the film as a supernatural thriller that was a cross between Terrence Malick and The Witch. I watched Goran’s short film, Would You Look at Her, which won a short film award at Sundance. Reading the script, I quickly realized that I hadn't really seen anything like this before. And any fears I had about the film turning into a cliched horror film disappeared when I talked to Goran. The film was definitely about the people in it and not just the supernatural elements.

Both You Won’t Be Alone and Blue Bayou display a lyrical approach to cinematography.

I ended up shooting those two films back-to-back and, yes, I guess they do. I suppose I gravitate towards films and filmmakers like that. It’s part of my upbringing. Generally, in my work, I am very much about capturing what the characters are going through emotionally. For me, it was a nice alignment between the script, director, and myself in these films.

While the film is filled with body horror, your photography is lush, even romantic. How did you negotiate the tension between horror and beauty?

From our early discussion, we tried not to overemphasize the horror aspects. We shot those scenes in a very matter of fact way. We approached the horror as if it were simply part of a time and world when witches existed. Instead, we focused on what the young girl is seeing and feeling. We just wanted to let audiences experience this reality as a whole. When it came to the mechanics of cinematography, I wanted to keep the look and the lighting very natural and matter-of-fact. We shot much of it handheld to enhance the sense of immediacy and spontaneity.

I would ask, “Am I filled with wonder or am I afraid?” Then I would use the camera to shoot with that emotion.

You’ve mentioned Terrence Malick as an inspiration. What other films or filmmakers inspired you?

As for other movies, Goran mentioned [Ermanno Olmi's] The Tree of Wooden Clogs and the films of Lucrecia Martel. I remember looking back at Andrea Arnold and the work of her cinematographer Robbie Ryan. That used a lot of hand-held shooting, which gave me the confidence to do the same. At first, I worried about the shots being a bit shaky because we were using such long lenses. We tried out using a gimbal in the mountain village, especially since the terrain was so rough and steep, but the look was just too smooth and polished. Hand-held felt more immediate and in tune with the performances.

Since Nevena can’t speak, how did the cinematography convey her emotions?

It was a process. To understand Nevena’s body movement and behavior, Goran showed us documentary footage about a girl who had been locked in a room by her guardians. But to capture her feelings, we had to come up with a new way of shooting. I arrived on set about three weeks before production to get a sense of the place. I would often go out and shoot test footage to test the natural light. During that time, Goran and I would often talk about framing as a way to evoke a certain sensibility. Goran loves to shoot 1:1.133, which is a ratio used in his short films. It is a very square-like format. Here we went with a wider 1:1.44 format and started playing with the framing as a way to understand the character’s emotions. We would give the actor a lot of headroom or place her on the far edge of the frame to emphasize her sense of being small or outside of the world she is observing. Bethany Ryan, the production designer, gave the actors lots of props to work with. There were lots of animals walking about on set to give different layers of action. Then I would have to respond to what the actors were doing. Should I shoot them in a mid-shot or close up? Do I give her a lot of headroom at that particular time? Or do I flare the lens with the light? 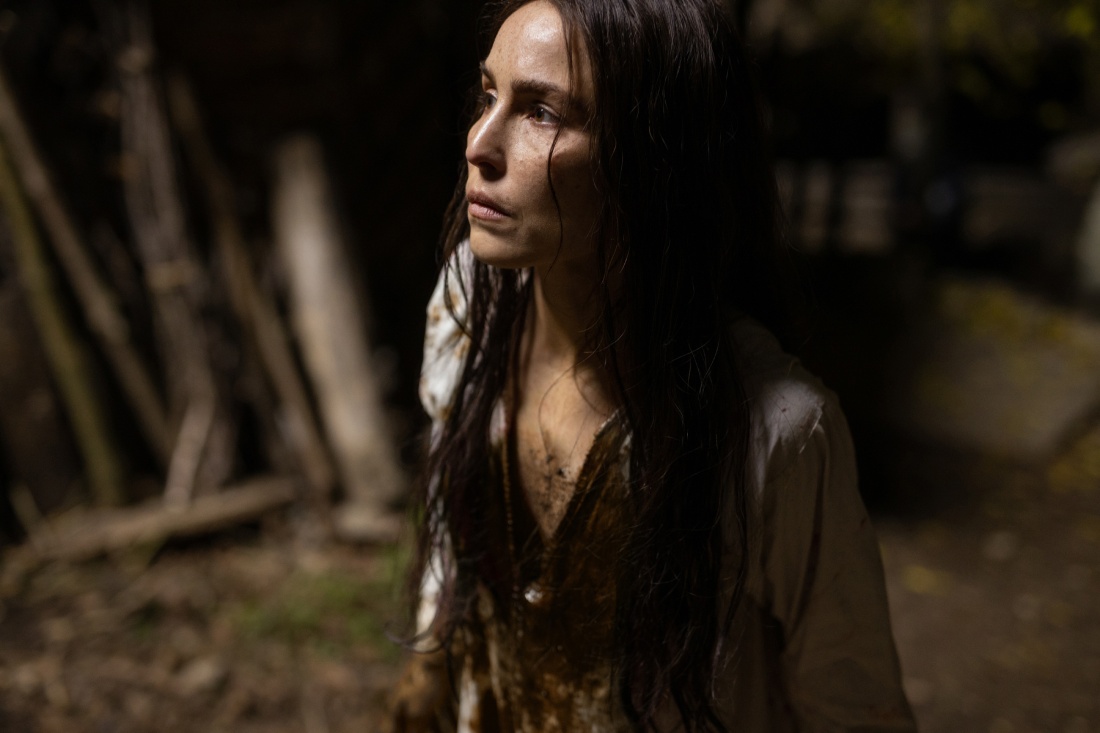 Bosilka (Noomi Rapace) in You Won't Be Alone

Since we understand the Nevena’s different incarnations from their POVs, how did you handle that?

After we shot the actors, Goran would turn to me and say, “Matt, go around the forest and shoot what they are seeing.” I would ask, “Am I filled with wonder or am I afraid?” Then I would use the camera to shoot with that emotion. I needed to be in tune with what the actors were feeling. It felt at times like I was living my teenage girl peasant life, walking around the forest looking at things and shooting what I thought they would look at.

When you saw the final film, were there particular scenes that you thought worked really well?

I really hope they are moved by the journey of this young girl. It is set in Macedonia in the 1800s, but it feels so universal.