From a Rampaging Alexander Skarsgård to an Erupting Volcano: Shooting The Northman

A Q&A with cinematographer Jarin Blaschke

In Robert Eggers’ The Northman, the 10th century world of the Vikings is miraculously recreated. A Viking prince, Amleth (Alexander Skarsgård), sets out an epic journey to avenge the murder of his father, King Aurvandil (Ethan Hawke) and the abduction of his mother, Queen Gudrún (Nicole Kidman), by his uncle, Fjölnir (Claes Bang). Traveling from his family’s kingdom to war-torn Slavic villages to the Volcanic smoke-filled lands of Iceland, Amleth’s quest opens our eyes to the strange, spectacular world of the Vikings.

To capture the story as immersively as possible, Eggers reconnected with longtime director of photographer (Jarin Blaschke). Blaschke, who first worked with Eggers on his 2008 short film The Tell-Tell Heart, went on to be nominated for the 2020 Academy Award® for cinematography for his work on Eggers’ The Lighthouse. In approaching this epic story, Blaschke started early, experimenting with setups, cameras, cranes, and framing to find the best way to showcase the film’s rich and raw action. “Practically every shot in The Northman is gorgeous,” exclaims The Wrap. Even more striking is Blaschke’s unique shooting style. Running counter to the frenetic slash and cut approach of many action films, Blaschke allows the viewer to live in real time in the story. For The Hollywood Reporter, “The choreography of the combat scenes—both the staging and the shooting, in long, unbroken takes—is mind-blowing.”

We spoke with Blaschke about his collaboration with Eggers, his intricate planning for action scenes, and his use of the weather to set the movie’s tone. 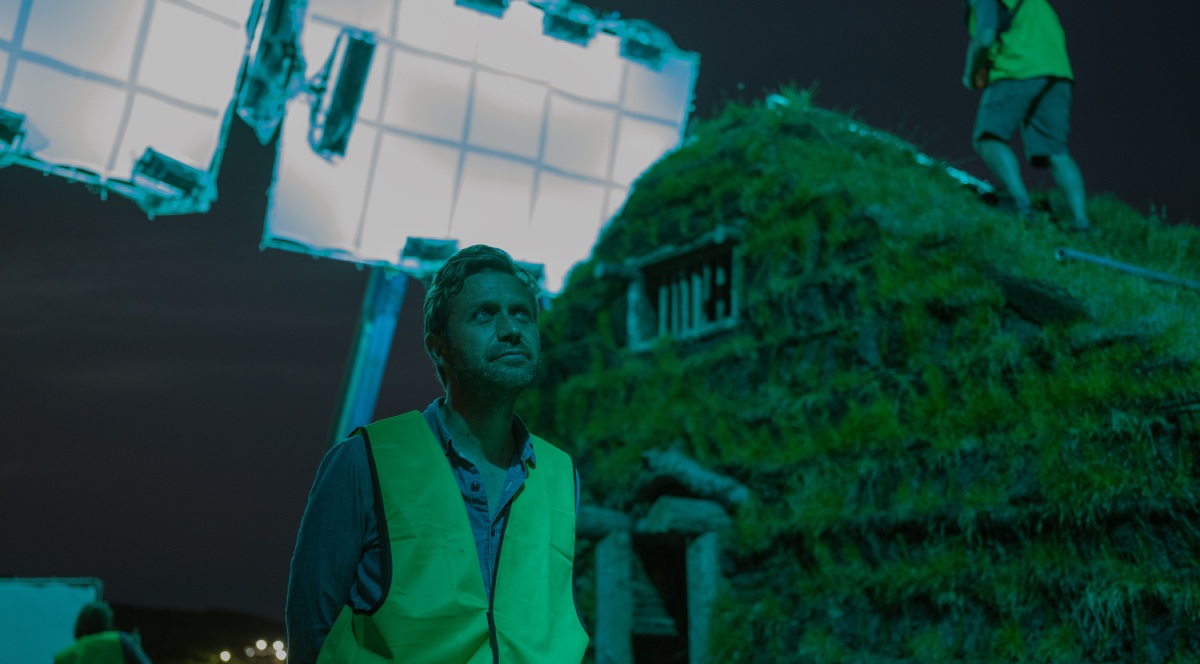 Director of Photography Jarin Blaschke on the set of The Northman

You’ve worked with Robert Eggers on nearly all of his films. What makes your partnership so strong?

Rob found me while seeking a cinematographer for his second short film The Tell-Tale Heart. I found a fellow hopeless perfectionist in Rob during that shoot. Up until then and sometimes in-between his movies, it can feel lonely, like you are just working for yourself. With Rob, I felt my quirks and obsessions were accepted, encouraged and even demanded. That is a rare, rare thing.

Have you and Eggers developed a particular shooting style through your work together?

For two obsessive types allowed to be themselves, we’ve gradually focused on fewer and fewer shots while giving these shots more to do by providing more layers of information at more precise timings. The most satisfying things to achieve in life stem from the hardest challenges you can throw at yourself. Becoming a working filmmaker in itself is an absurdly difficult goal, so once you’ve done that, why stop there? With The Northman, having a film with a lot of inherent action and blocking was the perfect opportunity to challenge ourselves and see how complicated we could make the shots while aiming for the simplest, purest depiction for the audience.

How much of The Northman was storyboarded?

The Northman was 95% storyboarded. As our shooting technique becomes more difficult, storyboarding has become more necessary. This film was a huge reach for us, so we needed to figure out for our huge crew and for ourselves what we were doing with as much clarity as possible. Sometimes just the act of drawing something immediately shows us what works and what doesn’t for a particular shot. 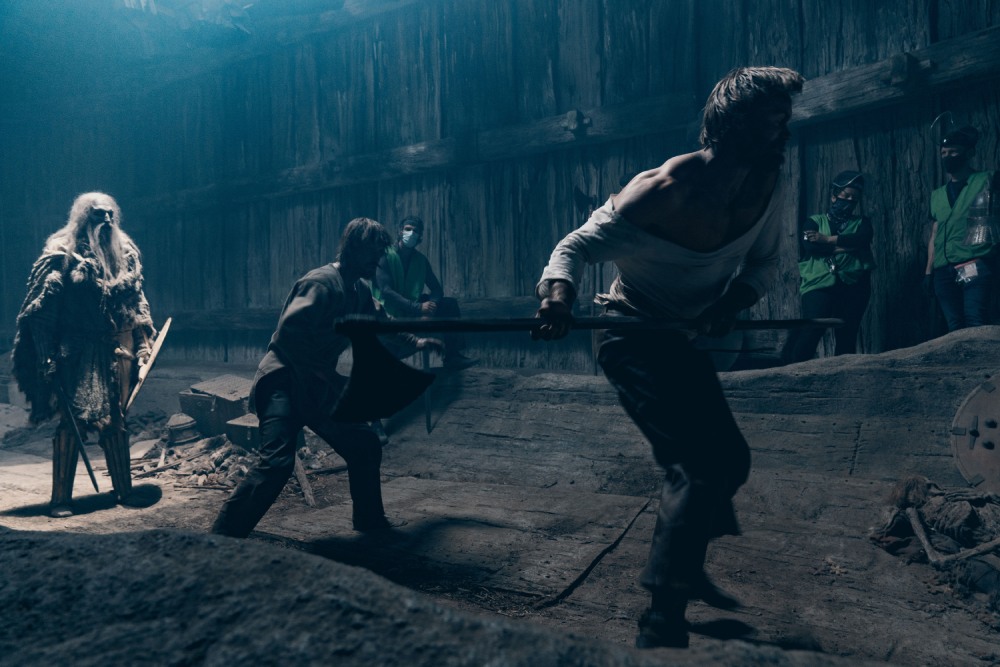 Alexander Skarsgård and crew on the set of The Northman

The long shot of the berserkers’ raid is amazing. How did you plan it out?

Reducing the raid to two shots made things easier for us on a conceptual level. The single cut that breaks the sequence only exists because the camera can’t travel as fast down a palisade as someone can jump from it. We put the camera on one side of the village and worked in profile, thus giving Rob and the crew as many layers of depth as possible to enrich the experience.

The sequence was an ongoing back-and-forth with production designer Craig Lathrop for months. We set it up looking south to help mask lighting differences if cloud cover varied. On a paper plan with movable paper buildings, we set the line of the camera and the line for Alex. The plan was adjusted after Lathrop made a 3D model version. It changed even more substantially when we roped off building outlines on location. You then could see where the crane could fit and reach, how long it actually took to get between each action point, and what the compositions would be. This was a stage where the hypothetical buildings were moved, grown, shrunk and altered in type to accommodate the shot. With this more tangible information, the crew could start designing Alex’s action beats to justify Alex’s line of movement. Then they built the village.

What do you feel you gain with these long takes?

I think the way we shot it is the most immersive way to present something and conveys the illusion of something that exists infinitely beyond the frame. Roma and Andrei Rublev were both very inspiring in this regard. I also love giving the viewer the illusion that they’re choosing what to look at during an extended, breathing shot but it’s really an illusion. We were guiding their eyes through the whole shot.

You often frame the shot with characters facing head-on into the camera, creating this deeply intimate and yet monumental look.

For a movie so formal, it helps to have the character engagement that a tight eye-line gives you. Rob and I also both love illustration, so whenever a frame can look like an illustration or icon, we go for it. Most of all, we embrace amplifying that this is a two-dimensional medium. Visually, it can only get stronger if you come to that realization right away. 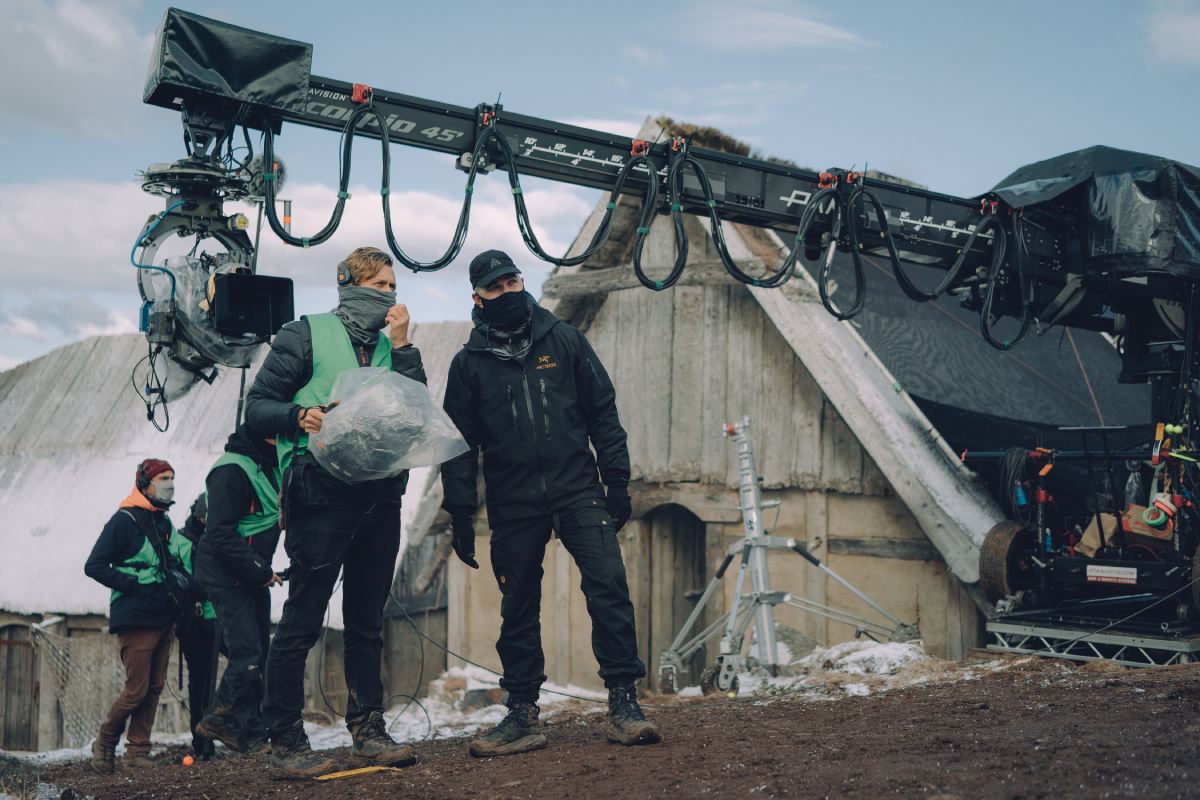 You shot in a 2:1 aspect ratio. How did that deepen the epic feeling of this film?

There is much more going on around the central character this time around, so we simply needed more horizontal space in the frame to accommodate more people and things. The landscape and movement through various environments was also important, so we needed more elbow room in general. Longhouses are also very different in shape than lighthouses. The 2:1 frame was the widest rectangle that felt universal and timeless to us; it has some parallels in classical painting for instance. Vittorio Storaro might have been on to something with Univisium.

Much of the film is shot as an exterior with dark, overcast skies.

Rob greatly prefers soft light and gloom for day exteriors. Ireland gives you overcast light 80% of the time inherently, so it was a very good location for him in that regard. Also, our farm location features a giant ridge that blocks the sun all-day long in late October and throughout November, so that helped at the back end of the shoot. 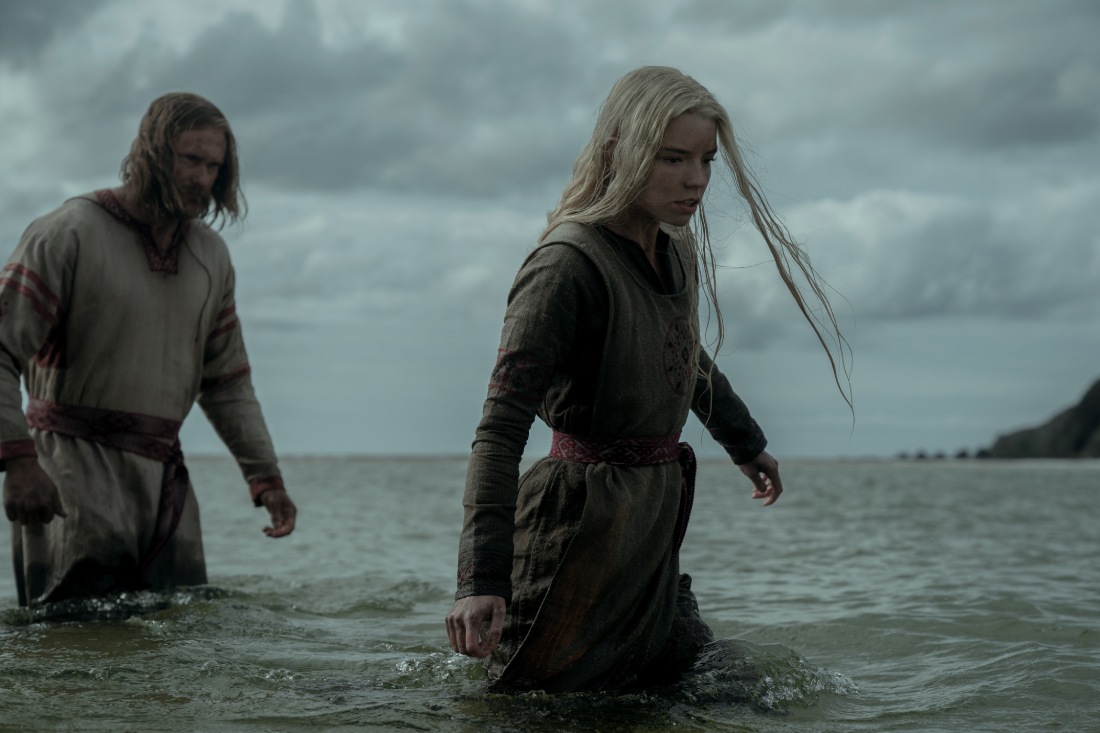 Did you create a color palette to unify the film’s look?

It’s the Viking age so the natural environment and natural materials unify the color palette rather quickly. Craig and Linda [Muir] can take full credit for that. The weather is almost always overcast in the film, so that’s another huge contributor. In addition, my tastes make me desaturate a daytime image by a subtle 15% in post. On this film, I also learned that I am allergic to large amounts of strong green on screen, so I took the green channel down by an additional 15%.

I actually think the aftermath shot after the raid is even more effective than the raid itself. And the Warrior King scene was extremely difficult to light, but I got to a good place in the end. So I feel good about that. What else? I think the early scene of young Amleth escaping the village shows some pretty good blocking/shot design too.

What do you hope audiences take away?

The idea that not all action scenes need to look the same. When you see long takes these days, they tend to be POV-adjacent rather than measured and formal and omniscient. The long takes of The Revenant feel more incidental, which makes them more plausible and perhaps believable but we wanted to try something else, like there are greater forces at work in the world of this film.