A Q&A with cinematographer Guy Godfree

In Thomas Bezucha’s Let Him Go (in theaters November 6), retired sheriff George Blackledge (Kevin Costner) and his wife Margaret (Diane Lane) leave their Montana ranch to drive to the Dakotas to find their abducted grandson. Facing an inevitable showdown with the Weboys, a dangerous clan whose matriarch (Leslie Manville) has made the young boy part of her family, the Blackledges learn how far they will go for the sake of family. To capture the film's emotional sweep—from spectacular vistas to intimate family moments to violent confrontations—the filmmakers turned to cinematographer Guy Godfree. Having shot such rich emotional stories like the award-winning Canadian drama Maudie, Godfree had a clear sense how to frame such a human story in such a grand tableau. (Get a chance to experience your own Western by signing up for the Let Him Go Getaway Sweepstakes.)

We spoke with Godfree about how he visually communicates the characters’ emotions, crafting a 70s' shooting style, and how the story is ultimately about family. 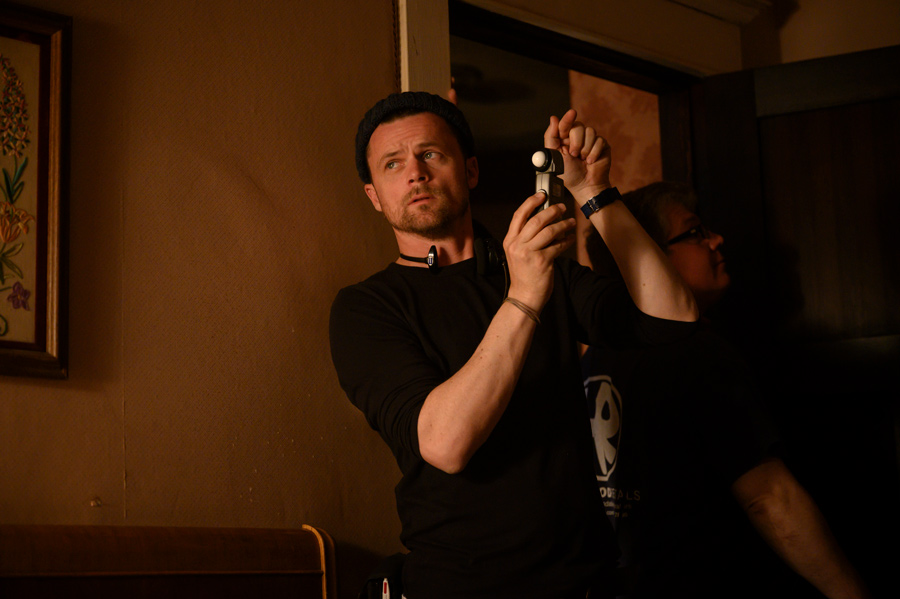 Cinematographer Guy Godfree on the set of Let Him Go.

The script came to me through my agent. When I spoke with Tom, we hit it off straight away, talking for about 90 minutes about the nature of family and the human aspects of the film. We had both seen this documentary from a couple years ago where grandparents were trying to save their grandchild from a similar situation to that in the movie. We connected with each other over that story. Luckily my schedule worked out so I was able to work on the film.

I think our biggest goal was to make sure from the start the audience could feel how important this journey to rescue their grandchild was to the Blackledges. Once we lit that fuse, the audience would be ready to go with them.

How did you translate that visually?

Visually we tried to create an intimacy with the Blackledges. Throughout the film we maintain a tension between when the photography is quiet and when it is energetic as a way to draw the viewer in. That movement parallels where the performances are. 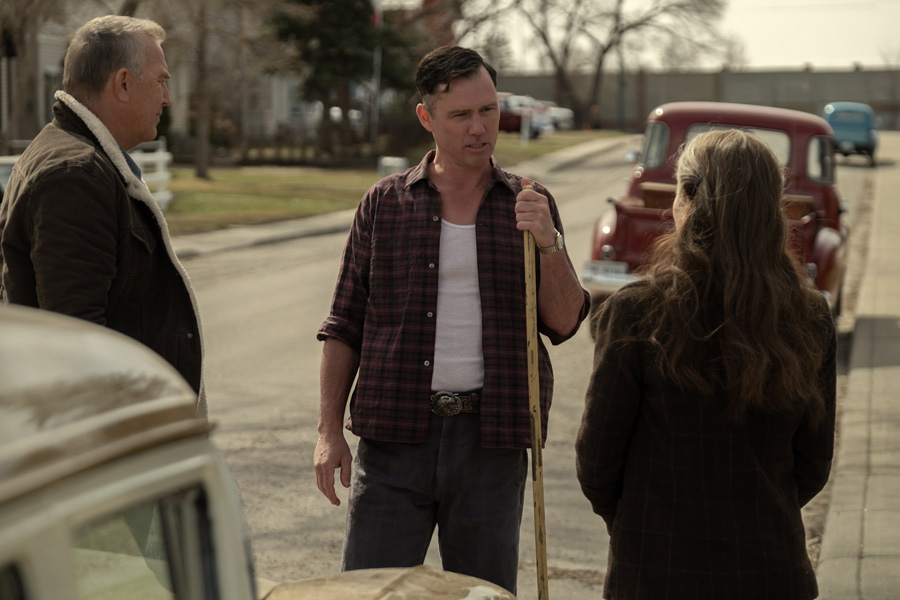 Landscape plays such a huge role in setting the tone in Westerns. How did you shoot the wide open spaces?

We used the landscape to show the huge distance the Blackledges needed to travel from Montana to the Dakotas. You can’t really show their long drive, so we gave audiences a sense of that scope with broad wide-angle photography. In our first conversation, Tom told me he wanted to make a film that was set in the 60s but looked as though it was made in the 70s. That really stuck with me. He didn’t want the film to feel like 2020. We weren't splashy with the photography. We used anamorphic lenses of that time to shoot the landscape and we kept moving back and forth between the intimacy of the family in the landscape and the landscape in scope to highlight their journey.

How did you create the look for the story’s time period?

We wanted a color palette that reflected the photography of that time but also felt like it paralleled the story. Saul Leiter was a good reference because of his early color work but also because of his use of lightness and darkness in the frame. He would allow for a real black depth in the frame. There's that scene we ended up calling the pork chop summit where George and Margaret come to Weboys’ house for dinner. We really wanted the room to fall off into this blackness as if the people there were being pulled into or consumed by the house. 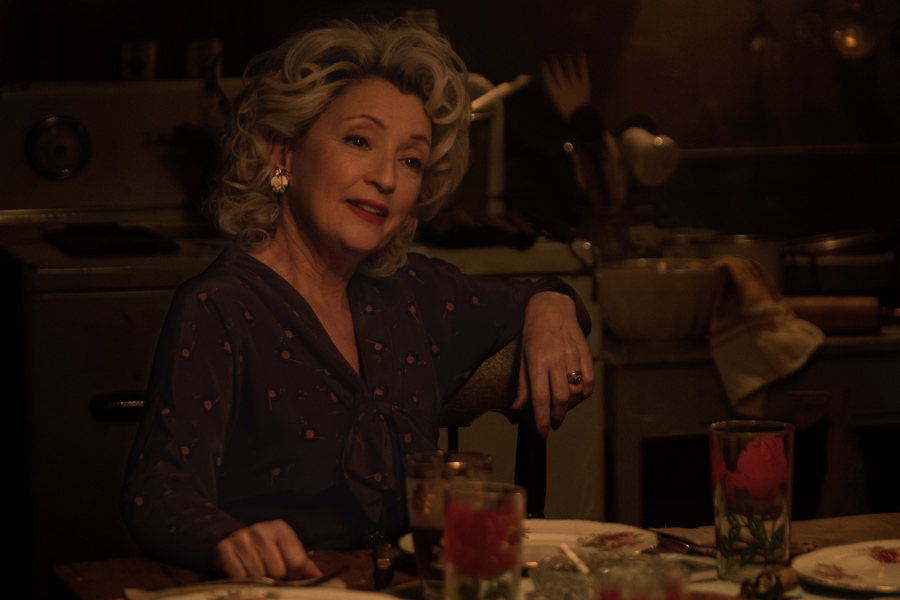 Leslie Manville as Blanche Weboy fades into black in Let Him Go.

It’s interesting how you shot the house to be both immense and claustrophobic.

It’s quite big, but inside it’s sort of a lair, one that Blanche invites guests in to trap them. We see the house a little bit before George and Margaret enter it. Moving from this scope to a more intimate space is the same movement that happens throughout the film. There was a lot of logistics, planning, and storyboarding in creating the house. For the interiors, we build a two-level set inside a studio.

Were there particular movies that inspired the look of Let Him Go?

We looked at a few films because it's a good way to get everyone on the same page very quickly. Then you evolve that look to make your own story. There's an excellent film that Bradford Young shot a few years ago called Ain't Them Bodies Saints, which had an interesting gritty Western vibe. Interestingly that film references Terrence Malick’s Badlands and Days of Heaven as well as Andrew Wyeth paintings. That film provided a helpful example of that seventies vibe that we were after.

When I first talked to Tom about the idea of family in the film, there were two stories in the paper about people who have gone after loved ones who’d been kidnapped, one which ended in gunfire. This story, which originally seemed so far away from my day-to-day life, is a reality for some people. I hope people take away from the film the lengths people will go for the idea of family.