A Q&A with cinematographer Chayse Irvin

Spike Lee’s  BlacKkKlansman  dramatizes a remarkable chapter in American history. In the 1970s, Ron Stallworth (John David Washington), a recently hired African American detective at the Colorado Springs Police Department, infiltrates the KKK with the help of a colleague (Adam Driver). To bring this world to the screen, Lee tapped up-and-coming cinematographer Chayse Irvin, who’d already astounded audiences with his visually stunning work on Beyoncé: Lemonade. In shooting Lee’s new film, Irvin displays his unique skill at creating emotionally evocative images. “BlacKkKlansman is gorgeous to look at,” exclaims Time Magazine, which singled out one sequence that “builds to one of the most chilling and poetic shots I’m sure I’ll see all year.”

We spoke with Irvin about his approach to shooting and what it was like to meet and work with one of his film heroes.

See Chayse Irvin's cinematography in the official trailer for BlacKkKlansman. 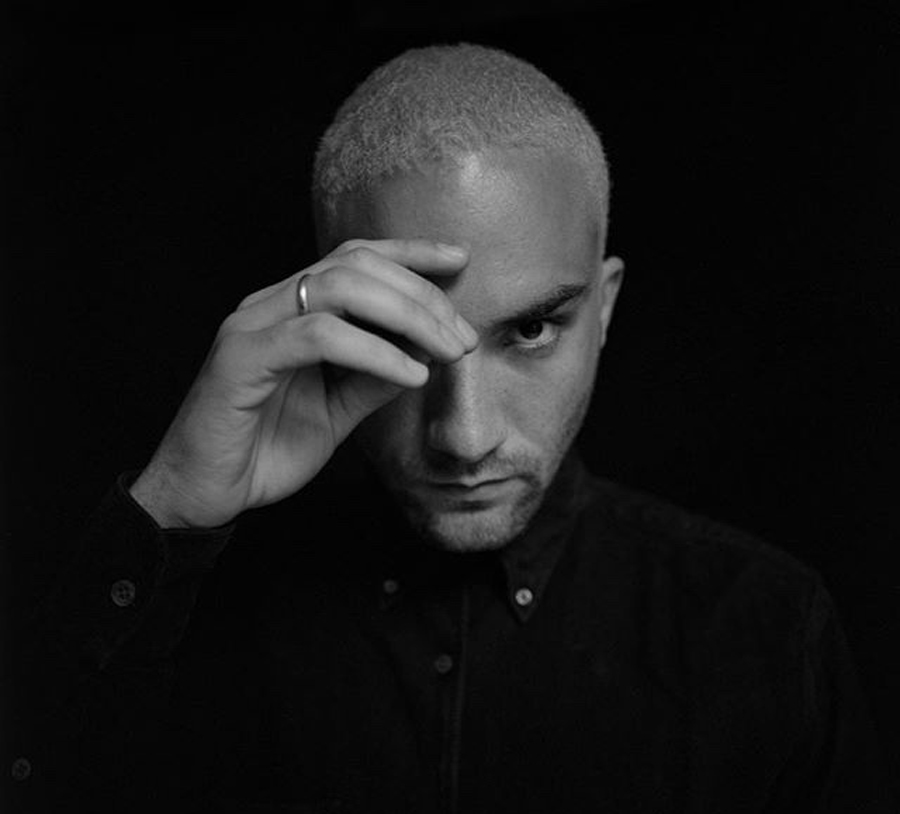 How did you end up working on BlacKkKlansman?

I had done a handful of collaborations with an artist called Kahlil Joseph. He’s a young, prolific voice in the African American community from Los Angeles whom Spike had been following. We did a video for Beyoncé called Lemonade together and another long-form music video called Sampha: Process, which Spike really loved.

Were you a fan of Spike’s films?

I remember being a teenager hanging out with all my friends, watching Do the Right Thing, Clockers, and 25th Hour. Those films were really influential to me. They are one of the reasons that I became a filmmaker.

What was it like getting a call to work on his next film?

Surreal. I was in Stockholm with a friend when I got an email telling me to be in New York City tomorrow. I hopped on a plane and went to Spike’s office at 40 Acres and a Mule in Brooklyn. There someone picked me up and drove me to a Yankees game where Spike was. We had such great time. Spike was just hanging out and talking to the head coach. We really connected and Spike invited me to have breakfast the next morning, where he handed me the script. After I read it flying back the next day, Spike asked me what sort of images I saw in my head. I loved the script and I really admire Spike. Even how we met, which was all about our chemistry, is so him.

While this is your second feature film, you’ve shot a range of things, from commercials to music videos to short films. Do you have a certain style?

In a way. A lot of my images are shrouded in a particular philosophy. And I try to enrich all my images with metaphors. Spike is a very soulful man, so I think he picked up on that.

The film recounts such a unique story. Had you known anything about Ron Stallworth before you read the screenplay?

No, not at all. When I read it, I thought that you could interpret the story in so many different ways. There were some dark parts, but also these absurd and true things that happen. I think that ambiguity worked for me as a cinematographer. I love the process of constructing a story in collaboration with others, letting all these things that happen on set inform my choices. 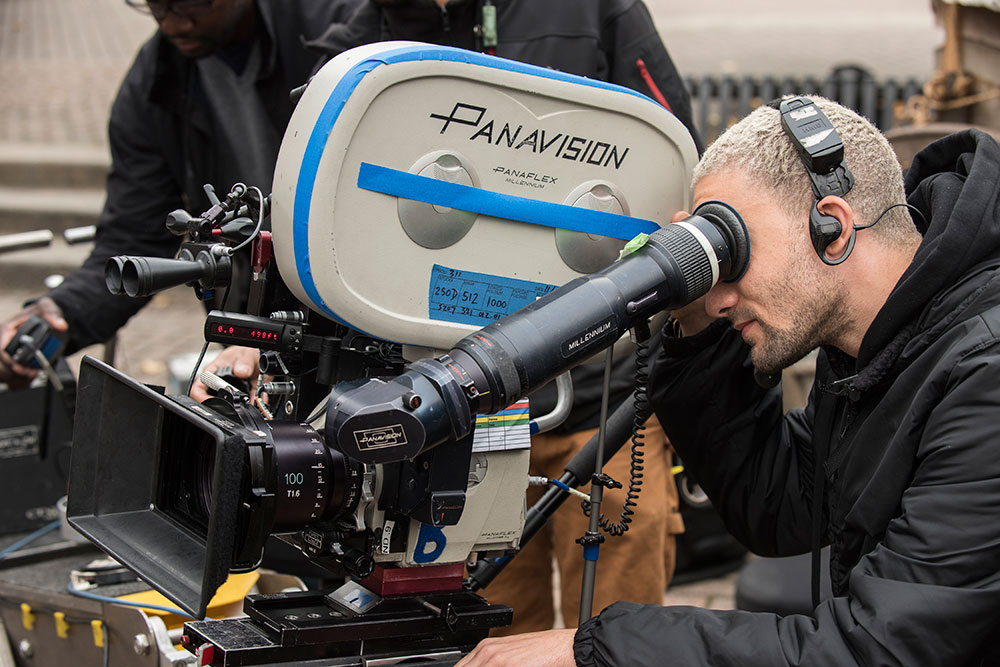 Director of Photography Chayse Irvin on the set of BlacKkKlansman.

The story takes place in the seventies. Did that inform your shooting style?

Yes and no. I don't like it when my cinematography becomes too symbolic of a particular idea, like matching the exact look of a period. I am more interested in taking certain inspiration, but then riffing off contemporary culture. For example, I used older glass with contemporary stock. All these different approaches intertwined, which is how I think you get something really fresh and the audience can't instantly go, “oh, that reminds me of this” or “that reminds of that.”

Were there particular films you looked at before shooting?

As a sort of detective story, we were drawn to The French Connection, which was such a subversive and radical film of the era. That feel is kind of what we were going for. I also thought about JFK when we were talking about formats, because early on we made the decision to try to shoot on multiple formats [like Oliver Stone does in JFK]. We didn’t end up shooting on as many formats as we first intended, but that film opened the window to the possibility of things we could do. Once we got into the testing process and started experimenting with ideas, that style of multiple formats naturally refined itself in certain sequences and scenes. It wasn't an overall trend, but more like a mosaic across the film.

Can you talk about the film’s palette?

Much of the look came from the production designer Curt [Beech] and costume designer Marci [Rodger]. They are such great artists and have so much to offer. For my part, I shared the inspiration I found in photography along the way. Whenever I was on technical scouts with Spike or Curt, I took all my still photography on Polaroids. The Polaroids began to feel like part of the story. I had a binder full of these shots from location prep, which looked very much like they were from that era.

Spike is famous for certain cinematographic techniques. The double dolly—where actors being moved on one dolly are shot by a camera on another, giving the impression of them floating—is a signature move. Was it fun to plan those with him?

There’s a term in jazz called “being in the pocket,” when you see a performer going full tilt on the music being laid down. It’s kind of that process on set. You have to be ready for anything. I remember being in the scouting van and him throwing out various ideas about when to use a double dolly. I was just feeding off his energy. For example, when we started, I had five cans of Ektachrome, which we all shoot on the first day. I was able to get one more roll from a friend, which I just kept on the truck, even though I didn’t know if we would ever use it. Then on the very last day of the shoot, Spike asked me, "Do we have any Ektachrome left?" We ended up doing the last double dolly with that last roll of Ektachrome.

Spike is such a legendary filmmaker. What do you think you learned from working with him?

Before we did the film, I collaborated with Spike on an Amazon project called Pass Over. It was a multi-camera, staged play. We had ten cameras, and while we’d had several rehearsals before, it happened live in front of an audience on one night. Doing that, I could see how Spike’s energy and directing style is very influenced by sports. He sees himself as the head coach. And a cinematographer is one of his star players. When I was figuring out how to approach this film, I realized that the more I thought things out and boxed myself in, the more I’d find myself fighting against Spike’s way of working. He would be on set before anyone else arrived to decide how he wanted to attack a particular set up. It wasn't something that we could figure out the day before. When we got there that day, we would feed off all the energy of making the film. Being able to work like that is testament to great collaboration.