Alicia Malone is on the move. After relocating to Los Angeles from her native Australia in 2010, Malone has become the go-to woman for smart, entertaining film journalism. From being a host on Turner Classic Movies, to creating the podcast Magnificent Obsession to writing two books (Backwards & In Heels and The Female Gaze: Essential Movies Made by Women), to giving insightful Ted Talks, to  showing up as a guest on CNN, NBC, ABC, NPR, and MSNBC, it is no wonder that she was named one of the 100 #WorthyWomen of 2016. From appearing everywhere, she is now ready to go anywhere as the host  of Reel Destinations, a new video series that explores the actual locations of many Focus Features films. In the first episode, Malone takes us on a tour of a grand castle and a cozy pub that serve as backdrops to Downton Abbey (in theaters September 20).

We sat down with Alicia to talk about her love of romantic comedies set in New York, growing up in Australia, and why she's having such fun hosting the new Focus series Reel Destinations.

Tell us a little about what Reel Destinations is and what sort of things you’ll cover on the show?

On Reel Destinations, we take the audience to the real locations used in Focus Features films. Which is a lot of fun for me because I get to travel the world and visit some amazing locations. I don't know about you, but when I’m traveling, I love to visit film locations anyway. I've visited sites in Los Angeles and taken tour buses about New York City, as well as visited movie sites in London. It’s a great experience to be in those locations and see how much has changed—or not changed—in the film.

On visiting some of the locations for Downton Abbey, did anything surprise you?

What amazed me is how perfect many of the locations were. Often in big cities, iconic locations are right in the middle of everything. It will be just one house in a row of houses. You could easily walk past it and not even notice that it was in a film. But once you see it as a film location, It becomes immediately recognizable. These locations managers and scouts have such great eyes for picking out the perfect spot. Something you might not have noticed becomes really cinematic once you see it in the film. I tried to take lots of photos of the Downton Abbey locations, but my little phone couldn't do them justice. When you see them in the movie, you really see how beautiful the actual locations are. 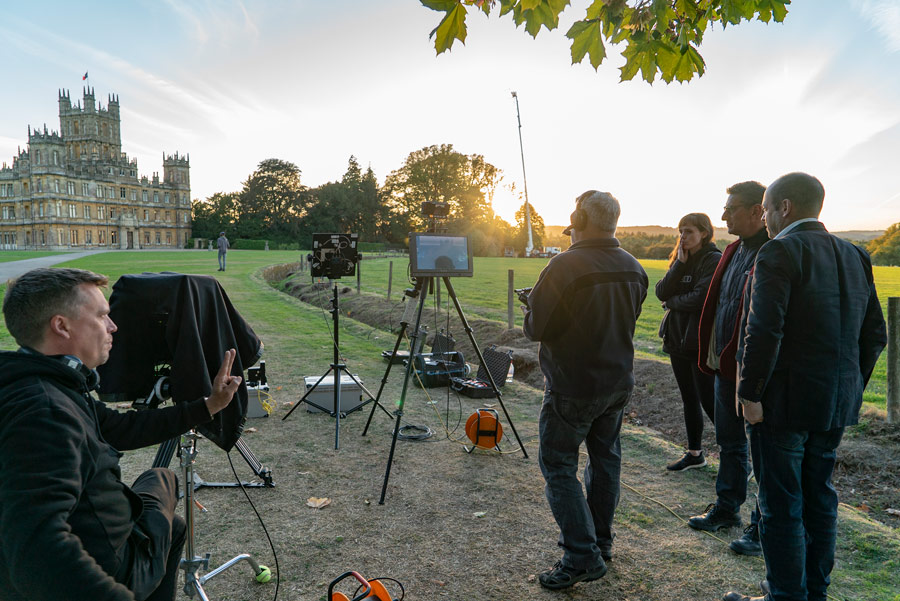 In the film, Highclere Castle is the location used for the estate of Downton Abbey. Did you recognize it right away?

Absolutely. The great thing about visiting Highclere is that you get to see how they designed the estate. For example, you don’t see how grand it is until you are right in front of it. To get there, you drive a long time along this winding road from which you see lots of sheep and farmland. Then you turn a corner and there it is. It takes your breath away. The whole time I was on that location, I just kept staring at the building. It was so magnificent.

You’ve done various jobs covering film. How did you get started?

I have been very lucky to craft a career out of my hobby. I grew up in Canberra, Australia, which is the capital of the country. It felt very, very far away from anything that had to do with film. I always loved classic cinema and foreign films. I would spend my weekends watching movies rather than going out and doing what I probably should have been doing, such as hanging out with friends. All I wanted to do was watch movies and read about them. After school, I started working in television in Sydney. Then I got a job working behind-the-scenes at a film cable channel in Australia, and I slowly worked my way in front of the camera. Around 2010, I quit everything and moved to Los Angeles. I wanted to be where movies were being made. I didn't know anyone, or have any professional contacts, but somehow it all worked out. I've been able to sustain a career talking about films. I consider myself the luckiest person alive.

Did you study film at school?

No. I did it all on my own. I've always been really good about reading and watching things on my own. That's the great thing about film; just when you think you've exhausted the subject, there is always more to watch and discover.

You seem to be comfortable in all sorts of media, from podcasts to TV to books.

I love being on all different media and learning about new technologies. Mostly I love introducing people to new experiences, like when I report from film festivals. As a host on Turner Classic Movies, I introduce the films every Sunday and Tuesday. The name of my podcast Magnificent Obsession—which is the title of my favorite Douglas Sirk film—is also a good metaphor for people who work in the film industry. You have to be a little bit of obsessed to make a career out of it. I recently spoke to a location scout for the podcast. It was fascinating to find out how she finds potential locations, and then pitches them to the director. 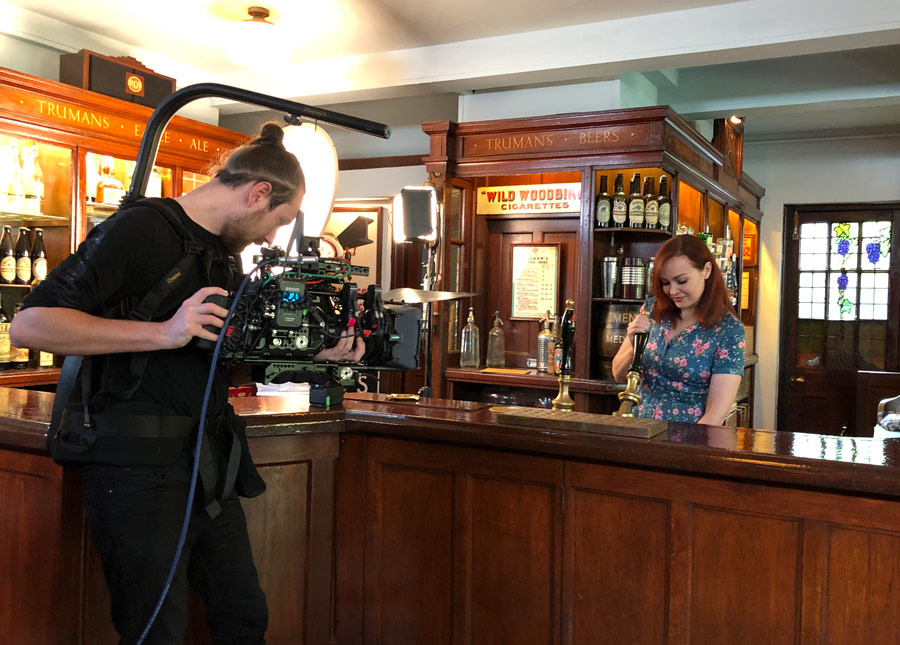 Speaking of magnificent obsessions, what was the first movie that really moved you growing up?

The very first film that had a powerful effect on me was The NeverEnding Story, which I saw on the big screen when I was three. I didn't really understand what a film was because I was so young. When the horse first goes into the Swamp of Sadness, I started screaming because I thought it was actually dying before my eyes. My mom had to take me outside and I was not allowed to go back in. That really taught me the great power film has, that what you see can really imbed in your mind.

Was there a film that made you want to work in film?

My dad, who is a huge film buff, showed me Alfred Hitchcock’s Rear Window at an early age. I was probably too young to really understand it, but he explained to me what the different shots were and how they worked. He showed me that somebody was actually making the movie. That really started my fascination with moviemaking and a desire to work in film. For a while I thought I wanted to be a director, but now I think I've found the perfect job for me.

Growing up in Canberra, I felt very far away from everything. My family did not have the money to travel, so the way that I could go to different places and learn about other cultures was through film. I started watching foreign films at a very young age. All the French New Wave made me want to go to Paris so much. It seemed like the coolest place. Cleo from 5 to 7 by Agnès Varda sticks out for me from that time in my life because you follow Cleo in the film as she makes her way through the entire city. I really wanted to go there and do the same thing. When I finally got to Paris many years later, I did a walking tour and got to travel down some of the same routes that she took. Paris had such a sense of place and felt like such a cinematic city to me. I am such a sucker for romantic comedies set in New York. After seeing Breakfast at Tiffany's, I did go to Tiffany's with a croissant and a cup of coffee. I did not dress up in a Givenchy gown, but I did have the croissant. And then I would walk around and see the locations for films set in New York like You’ve Got Mail.

What places would you like to visit that you have not been to?

I have been lucky to travel to a lot of different places. When I went to Tokyo, I did the Lost in Translation tour. My friends and I spent a night at the Park Hyatt in Tokyo and we went to a karaoke place. But I can't think of one place in particular I want to visit. Maybe something out of a Douglas Sirk film, like visiting Maine in the fall.