Matt Smith Has a Secret In Last Night In Soho

In Last Night in Soho, Edgar Wright crafts an enthralling time-travel thriller that follows a young fashion student (Thomasin McKenzie) back to the swinging sixties where she finds a connection to an emerging pop star named Sandie (Anya Taylor-Joy). Blinded by the bright lights and a suave young manager, Jack (played by, in The Guardian words, “a superbly slimy Matt Smith”), the star-struck Sandie has little idea how much her dreams might cost her.

For Smith, the Sixties, the script, and the chance to work with Wright drew him to the character of Jack. As an actor, he had his own time-traveling credentials having played the 11th Dr. Who (2010-2013) in the BBC’s beloved sci-fi series. Smith received an Emmy® nomination in 2018 for his performance as Prince Philip, Duke of Edinburgh, in Netflix’s The Crown. From playing Charlie Manson to Robert Mapplethorpe to a vampire in the upcoming Marvel movie Mobius, Smith takes to complicated characters with an unexpected edge like Jack.

We spoke with Smith about working with Wright, crafting his character, and inviting audiences to take a wild cinematic ride with him.

Watch Last Night in Soho now on demand and in theaters. 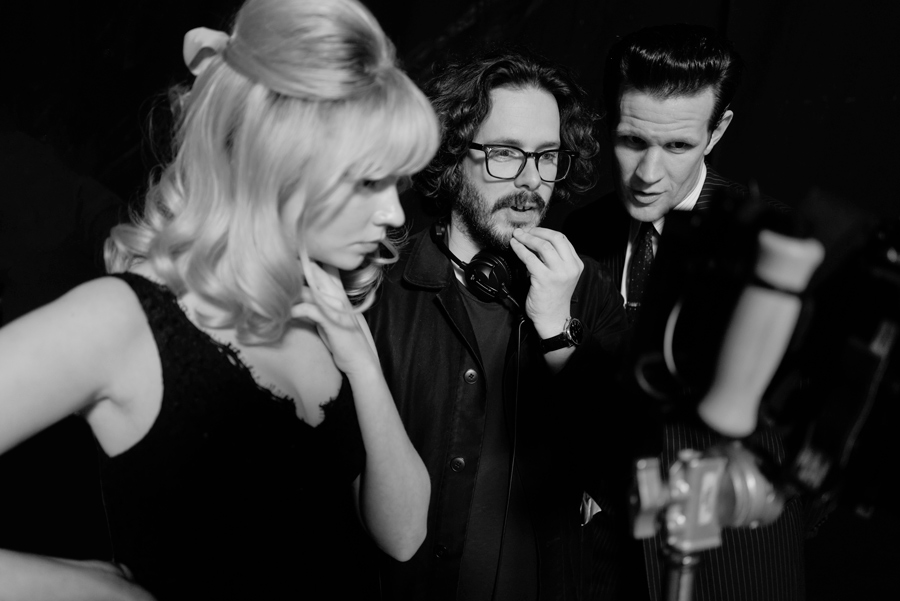 Anya Taylor-Joy, Edgar Wright, and Matt Smith on the set of Last Night in Soho.

I got a script from Mr. Edgar Wright which was terribly exciting. I've always wanted to work with him. He is in my top 10 people to work with. I knew him socially, but I never envisioned that I would get to be part of one of his movies. I was just thrilled to read the script and was immediately enticed by its world.

What made this script special?

All his films are so different. They are sort of like Radiohead albums in that they are each a completely unique experience. Every film has its own distinct and brilliant flavor. I found the script very original with an unexpected way of telling a story. It was thrilling to be part of it.

What makes Jack such an interesting character to play?

With any villain, you are tasked with finding something that you can grasp hold of, something that you and the audience can relate to. Jack is sharp and good-looking. I was excited by his suits and style. Jack is also someone you find in every big city.

How did you work with Edgar to craft the character?

First off, I was lucky to have such a brilliant script from Krysty Wilson-Cairns and Edgar. We just started adding little things. He had these great suits and tie pins. We gave him a quiff and we had him smoking all the time. Slowly but surely, Jack started to emerge as part of the world of the film.

Did Wright suggest films to help define your character?

He has such a forensic, encyclopedic knowledge of film. He gave me a lot of references. I watched, for example, Poor Cow and Peeping Tom, great movies from around that period. 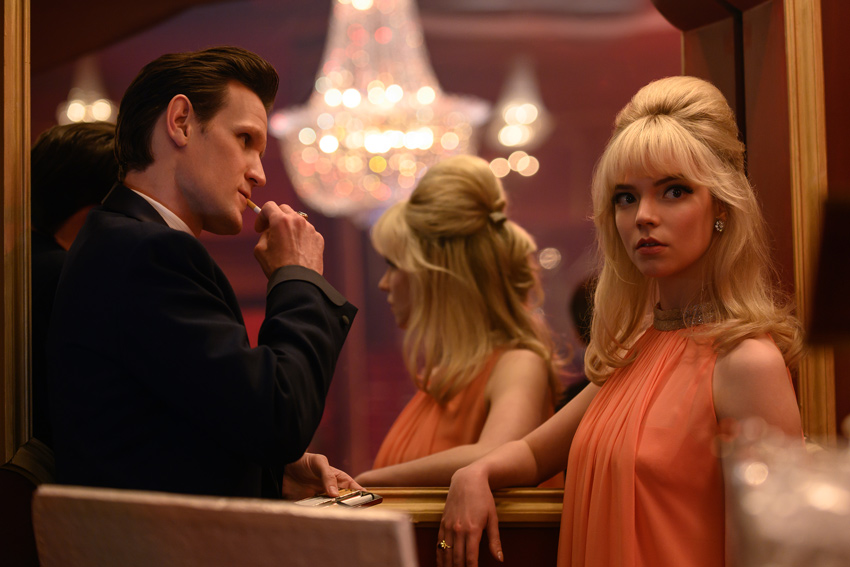 Matt Smith and Anya Taylor-Joy in Last Night in Soho.

What was it like to work in London and in particular Soho?

Soho is a locale that I know very well. I have frequented it in the daytime and in the evening, at dusk and dawn. It's a part of London that I have always gravitated towards. There is a rhythm you get living there, and it was exciting to bring that to the screen. Edgar makes London a real character in the film, shutting down the Haymarket and shooting outside so many iconic places. We had the run of the city.

When you were shooting, did you have any sense of how it would all turn out?

No idea. So much of the film comes from how brilliantly Edgar brings it off the page, filling the screen with all the stuff that isn't there. In years to come, we will look back on his work as one of the great British filmmakers of our time.

I really hope that people go to the cinema to watch it. It really lends itself to a theatrical experience. I hope people get off on what a great trip this movie is—musically, stylistically, tonally. And there are great performances from Anya, Thomasin, and the late, great, brilliant Diana Rigg.