A Q&A with screenwriters Thomas Bidegain and Noé Debré

In developing Stillwater, filmmaker Tom McCarthy let his story of an American in France evolve to reflect the changing world. His original script, penned nearly ten years ago, focused on a father from Oklahoma coming to Marseille to help his daughter, imprisoned for a murder she insists she did not commit. Four years ago, McCarthy returned to the unfinished script. He still loved the setup, but he felt it lacked “dimension, humanity, and a point of view.” He reached out to French screenwriters Thomas Bidegain and Noé Debré to give a new (and French) perspective on his drama. Within days, the three men embarked on an 18-month writing project, transforming the Mediterranean Noir thriller into a heartfelt and compelling suspense drama about a father seeing the world anew. “What was exciting about reimagining the script in this context was the opportunity to subvert expectations of Bill (Matt Damon) both as the quintessential American hero and protagonist of this story,” exclaimed McCarthy about the screenplay he created with Bidegain and Debré.

Both Bidegain and Debré are among the most original and thoughtful screenwriters working in Europe today. Bidegain, who has penned several acclaimed screenplays, is perhaps best known for his collaborations with French director Jacques Audiard. Bidegain won two César Awards for his screenplays for Audiard's A Prophet and Rust and Bone. Noé's writing collaboration with Bidegain includes Romain Gavras's The World is Yours and Audiard's Dheepan, for which both men were nominated for a César Award for Best Original Screenplay.

We talk with Bidegain and Noé about working with McCarthy, exploring what makes Marseilles so special, and understanding how this story speaks to the world we live in now.

How did you get involved working with Tom McCarthy?

Noé Debré: Tom sent us a script which he had written some years before. He’d gone back to it and was wondering whether it could be his next movie. He wasn't satisfied with it and thought maybe he would like some help from French screenwriters. It was the story of a guy coming from Oklahoma to Marseille to visit his daughter in jail. We read it. We weren't completely convinced by the screenplay as it was. So Tom came to Paris for a couple of days to discuss what the movie could be.

Thomas Bidegain: When he sent us the screenplay, a new administration had been elected in the US. Many of our American friends told us there was such a great divide in the American society. After hearing about that, we immediately knew we had something to work with. The daughter is gay, educated, travels, and speaks multiple languages. The father is more on the Trump side. So we knew we could make the story about reconciliation, about bringing both sides together and discovering something new.

How did the characters and story change with your version of the screenplay?

Debré: Many of the characters didn't exist in the first screenplay. There wasn't Virginie or her daughter. The story also changed because the movie had been written during a different era.

Bidegain: We want to make Marseille an important part of the story, but not in a postcard way. Tom knew Marseille much better than we did. So we wrote a big part of the movie in Marseille. We wanted to be sure the characters from there were not caricatures. We made Virginie (Camille Cottin) an actress. Artists and performers have moved to Marseille because the rents are cheaper than in Paris. 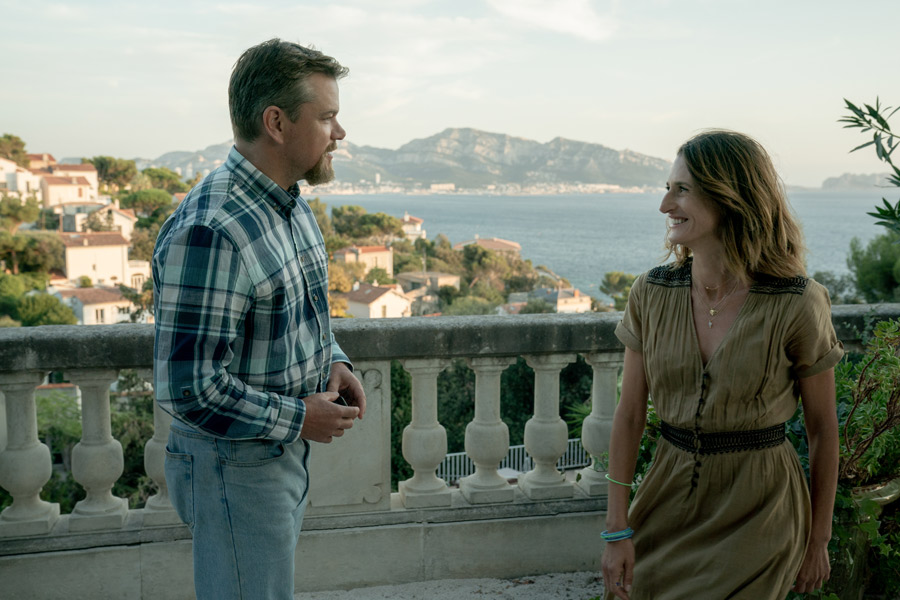 How did you use Marseille as a character in the story?

Bidegain: Marseille is a very special place, which is why Tom chose that city. It is a little like New York City. It could have literally been New York in this film. I am thinking of the New York of the 70s in Paul Schrader’s Hard Core where George C. Scott plays a father who goes to New York to find his daughter. Like New York, Marseille is a very multicultural place that is sometimes ugly and sometimes sublime.

Debré: Thomas and I were skeptical at first about setting the screenplay in Marseilles. It is such a trope of French Cinema. It’s a charming city, but it is so often used dramatically as the place where gangster films are set. After moving there, we decided to make the movie very much about the city. In some ways, the movie was really made with the people from Marseille. We gave the screenplay to locals to get a sense of what might not be quite right. The two things that makes the movie feel very real for people from Marseilles are the locations and the casting. Tom was really intent on getting those things right. When he cast the role of Akim, he had three actors that he liked. He showed them to his driver, who was a local, who pointed to one [Marseille-based actor Idir Azougli], saying, "he's the real thing."

McCarthy really wanted to work with French writers.  What do you feel you brought to the story?

Bidegain: In France, we think of movies slightly differently. We wanted the film to be a mix of what we think of as A- and B-movies. (A-Movies being character-driven and B-movies being driven by action.). We want the film to be part Taken, and part an exploration of the people and this city. That mix seems very European. In the screenplay, we tried to move from one genre to the next with a story that you never know exactly where it is going. You think that film is going to be a genre thing, and then as it progresses, it becomes something else. I really like that feeling in movies.

Debré:  When writing with Tom McCarthy, when we discovered cultural misunderstandings, we tried to put that in the story. At one point, Tom asked, "is she a good person?" about one of the characters. I don't think we as French would ever ask that question to ourselves on those terms. But it seems a very obvious way to put things for an American. In dealing with the question of guilt, for example, I think that the movie plays with that a lot more than most American movies would. That nuance is a result of our collaboration 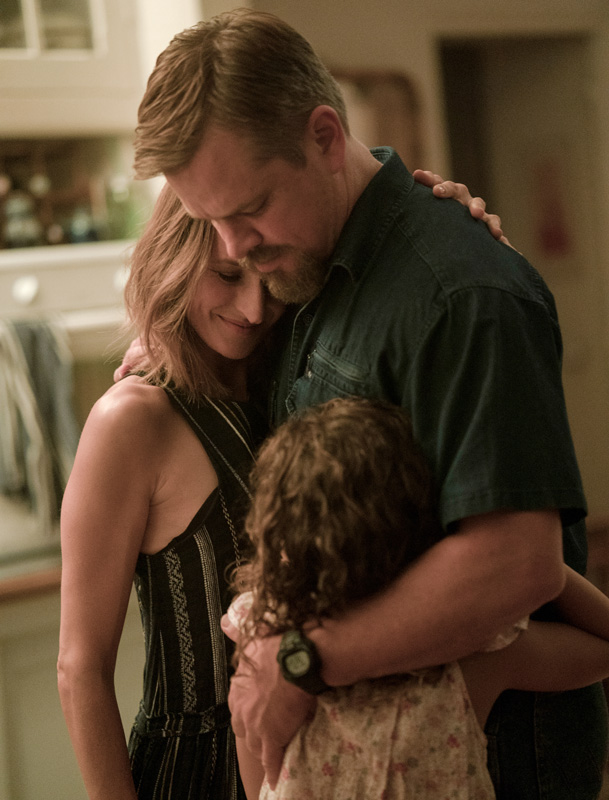 Thomas, you are well known for your collaboration with Jacques Audiard. How was it collaborating with McCarthy?

Bidegain: He is a very funny guy and a sweet man. We became friends while making this movie. Because Stillwater was shot in France, we were very much involved with rehearsals and production, and even later the subtitling. I work the same way with Jacques. I watch the dailies. I come from that school of screenwriting where we are not writing a story, we are writing a movie. We have to keep writing to the end. And Tom was totally in sync with that. He’s a big film buff too.

Bidegain: I hope that audiences see that thing we humbly tried to put in about this being about reconciliation. It is not a political movie in any way. But what happens at the end of the movie, I hope it touches people and they talk about it afterwards when they go home.

Debré: For me, the movie is about playing with the trope of the American hero. That is why Matt is such a great fit for the main character. He characterizes the idea of the American hero so much. He is a hero in a way, and then again not. He is lost in trying to do the right thing