A Q&A with singer/songwriter Robert Levon Been

In Paul Schrader’s The Card Counter, Oscar Isaac plays William Tell, an ex-con with a haunted past who travels the casino circuit to make money. As a player and person, he says little and observes everything. When he takes it upon himself to save an angry young man (Tye Sheridan) with the help of his manager (Tiffany Haddish), the depth of his emotions remain hidden beneath his inscrutable façade.

To give voice to Tell’s inner life, Schrader reached out to Robert Levon Been, the composer, producer, and bassist/vocalist for Black Rebel Motorcycle Club, the cutting-edge band that Been co-founded. For Been, working with Schrader brings back fond memories. Twenty years ago, when Been was 16, his father, Michael Been of The Call, scored Schrader’s film, Light Sleeper. Over the years, Been followed Schrader’s career just as Schrader followed his. When it came to finding the right voice to capture the complex psyche of his protagonist, Schrader knew from following Black Rebel Motorcycle Club’s career that Been could evoke the hard-won redemption of Tell’s journey. Indeed, critics called out Been’s contribution. “The whiskey drone of Robert Levon Been's original soundtrack leaves you with a palpable understanding of how someone could get stuck in these places until the end of time,” notes IndieWire.

We spoke with Been about taking on this job, finding the right sound for the character, and working with Paul Schrader.

Get tickets to The Card Counter now. 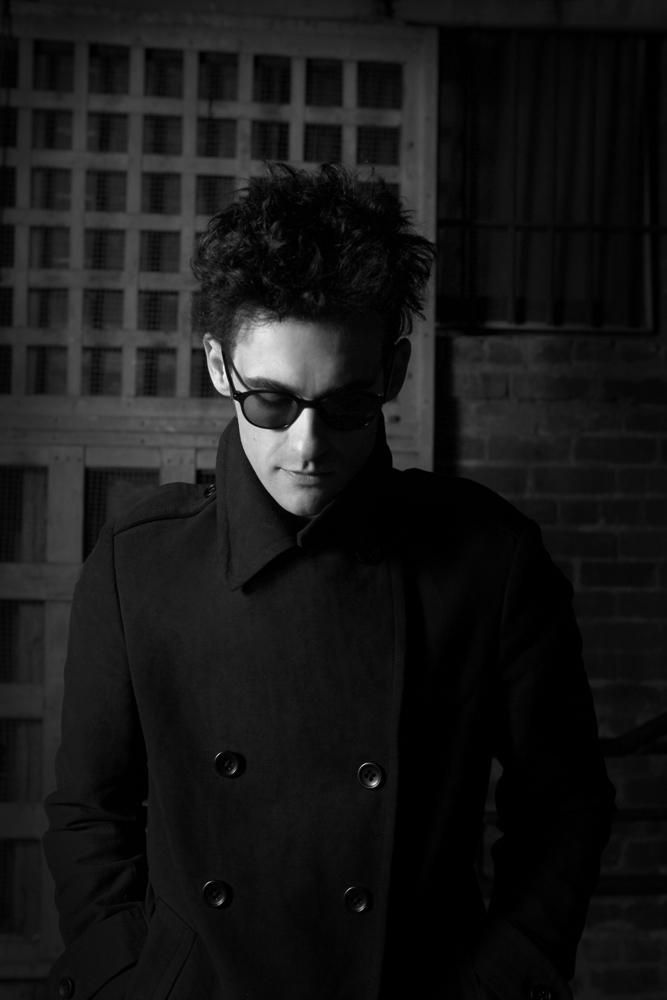 How did you get involved in writing songs for The Card Counter?

I got a call out of the blue to write an original song for the final scene of The Card Counter. I've known Paul since I was 16. My father worked with him when he did Light Sleeper back in the 90s. When he called, I thought maybe he was trying to reach Michael, my father. But no. Paul had been following BRMC and felt that I would be right for the job because of a couple songs, especially "Gospel Song," from the Howl album.

You went on to create a whole series of songs and musical cues.

For the final scene, there wasn’t a lot to go off. When I saw the scene, I had six or seven ideas. I knew Paul well enough to know it was either go big or go home. The final song clicked for him. He'd been struggling for a while with how to approach the film musically. There was something about the song that felt right to him. He had this concept for my music, building it kind of like a Pixie song that gets really loud at the end. I would work backwards dynamically from that song, creating different soundscapes and sound designs that lead to that. We went from there.

Your score often seems to articulate the feelings of William Tell. How did you do that?

It was a long exploration trying to figure out what Tell was hearing in his head or in his heart. I kept throwing out as many options as I could to see how Paul reacted.

Did Schrader talk to you about what he was looking for?

It's very rare that Paul talks. When Paul had me come to New York, I realized the nature of how he works. Paul is such a hyper intellect that I think he stopped trusting words or theories or concepts. For him, it's either working or it isn’t. You just really go off a gut feeling. Working with him, I would pay attention to his body language. If he was a little uncomfortable or looked impatient or bored and started drifting, I would think to myself, “There. I lost him. Back to the drawing board.” It was so cool to abandon language when you make music. As a band, you don’t stop and say, “I have this idea that it would be interesting if it went to 'Bohemian Rhapsody' here.” You just play it.

Was this a different experience from when you scored film before?

Yes. I worked with a friend of mine on this film, Life After Beth, with BRMC. It was completely different. It was much more conceptualizing and talking through the process. Every director is different, and you just adapt to the story and the filmmaker.

How did you come up with the music and lyrics to express Tell’s inner voice?

That was tough. When we started, I didn’t really know that is what Paul wanted. I started with soundscapes and sound design. But with Paul, the harder the assignment, the less he would make a big deal out of it. Instead, he shows me a scene, saying, “Here Oscar turns a corner and you just start singing. You sing something, then you dip down and there's no vocal. Then you come back and sing for 30 seconds and you're out.” When he said that, I thought, “You are kidding me.” But he just told me that and gave me no other instructions. But that’s Paul. The more impossible the request, the less he would make a thing out of it. 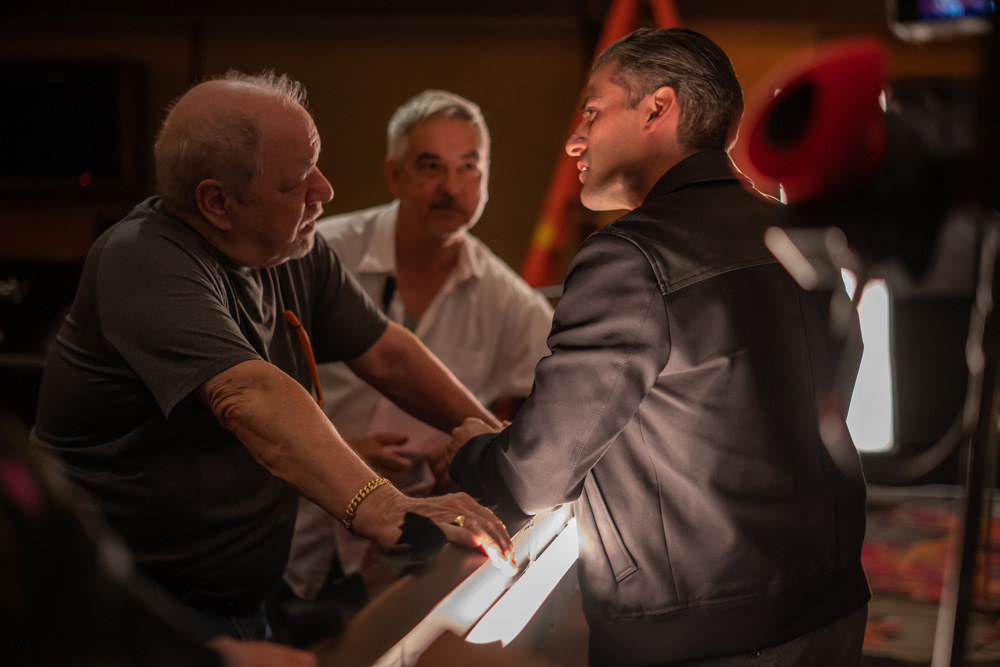 Writer/director Paul Schrader and Oscar Isaac on the set of The Card Counter.

In some ways, Isaac provides one version of the character, and your songs give another. Was that difficult?

It took me a while to feel like I wasn't stepping on toes, that I wasn't taking the wheel of a story. But I had the advantage of decades of having seen Paul’s work and knowing his signature ideas.

Who was the character of William Tell to you?

Paul had told me that the character in Light Sleeper was very self-actualized. His subconscious at the beginning of the film was alive, awake, and singing in harmony. In The Card Counter, the protagonist is cut off from himself. The project was to show the evolution of the character unfolding and turning into this other thing. Once we had that down, we added in a female voice (the voice of S.G. Goodman) in the last song which captures the influence of La Linda (Haddish) on the protagonist. Paul loved this. It was really wonderful to see him light up and literally be dancing because he never shows emotion. To see him reinvigorated by the music for a story that he'd been working on for years was a gift.

Can you take us through a few of the songs?

“Rapture” is perhaps the first actual song. Before that, there are pieces of music that haven’t evolved into a melody. Just fragments of ideas, fragments of consciousness. “Rapture” is the first time that this voice is going to take the wheel. The task was to expand the protagonist’s back story and his vulnerable side. But I was also writing about Paul in many ways. He writes himself into these characters and he has been doing that from day one. If I couldn't find what I needed in William Tell, then I could find it in Paul. The way the song was about Paul and the character, about the real and the fictional, really interested me.

What about the final song, “Mercy of Man?”

In writing “Mercy of Man,” we started by creating more melancholic versions, alternatives that would have completely changed the end of the film. But we kept gravitating back towards that one we used. It provides this welcome space for the female voice to emerge, to have a moment with the male voice, rather than being so singular. For me, there’s an element of triumph in the melody and chords, something that feels more like redemption.