A Q&A with director of photography Kuba Kijowski

Agnieszka Smoczyn?ska’s The Silent Twins chronicles the lives of June and Jennifer Gibbons, twin sisters who at the age of eight agreed to shut out the world and communicate only with each other. Following June and Jennifer from young girls growing up in Wales to adolescents (Letitia Wright and Tamara Lawrance) who are eventually sentenced to the Broadmoor secure psychiatric hospital, the film seeks to depict their grim real-life conditions and the rich imaginations they used to counter that reality.

To visualize these different worlds, Smoczyn?ska brought on cinematographer Kuba Kijowski, a friend with who had shot many of her previous films. Developing a visual language that not only tracks their real-life experience, Kijowski also celebrated the twins’ creative inner world making the film, as The Daily Beast exclaims, “a quite joyous cinematic experience—funny, vibrant, simply humming with visual ideas—that pays tribute to the unending power of the imagination.”

We spoke with Kijowski about the fantasy sequence, the use of lighting to reflect the twin’s upbringing, and the film’s message of hope.

Get tickets for The Silent Twins now! 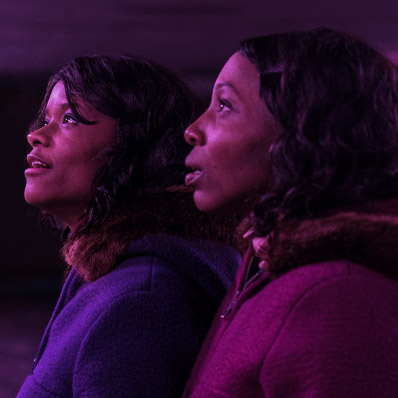 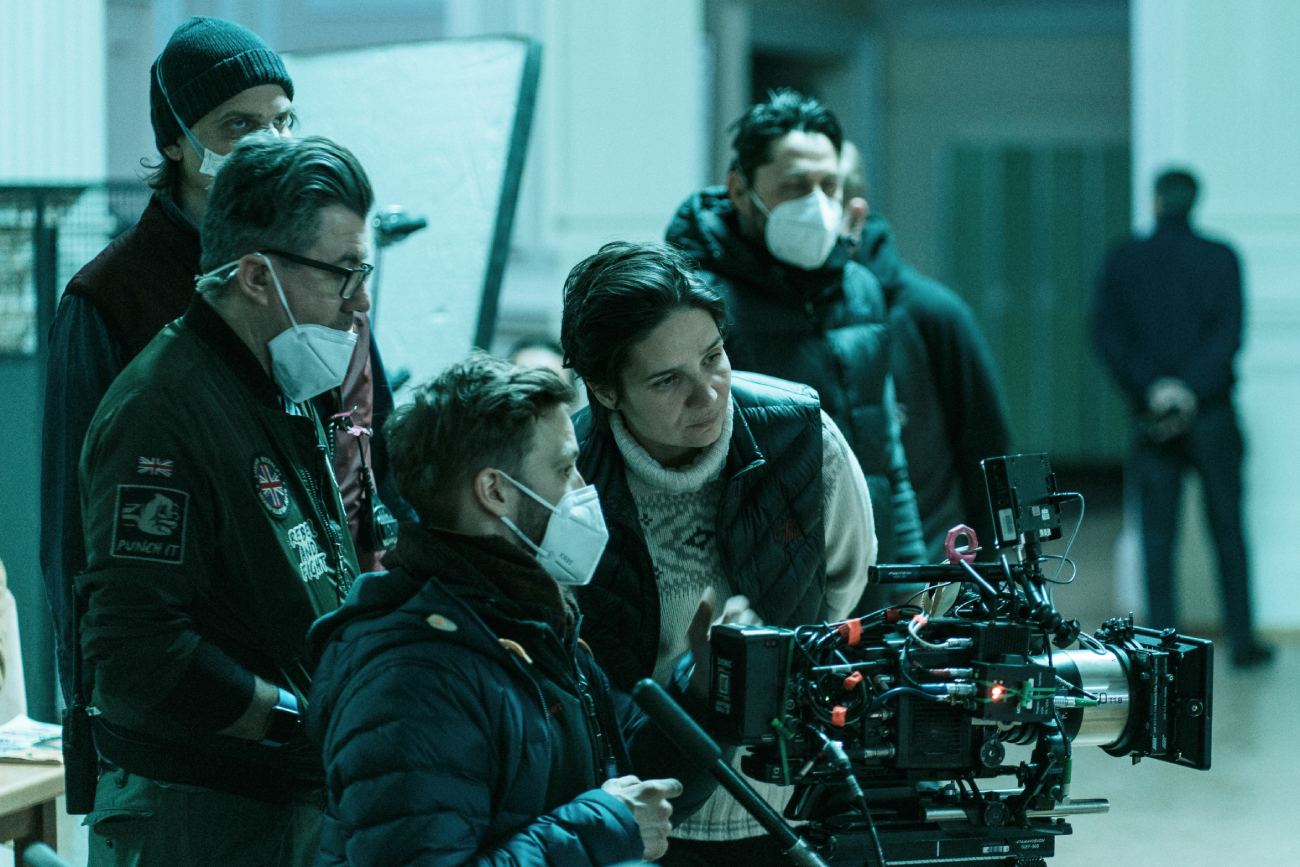 How did you get involved shooting the film?

I shot Agnieszka Smoczynska' first feature, The Lure, and then her second feature, Fugue, as well as a couple of short films. Over the years, we have become friends, so I was thrilled when she brought this new project to me.

Did you have a vision about how you wanted to shoot it?

When she brings me a story, especially a true story like this, I have some ideas. First off, the screenplay reflects both a true-life story and the twins’ own creative efforts, like June’s novel The Pepsi Cola Addict. It was clear from the beginning that it would be a very visual movie with a lot of the storytelling moving between their lives and their imagination. From the very beginning, Agnieszka wanted to include a range of imaginary scenes and dreams to make it very visual.

What kind of visual language did you create to distinguish between the real and the imaginary scenes?

The movie moves through different time periods, dealing first with the twins as young girls, then as teenagers, and then with their life at Broadmoor Hospital. We came up with a simple camera language to distinguish these parts. For example, we used a lot of hand-held camera shots for the teenage part but used mostly a Steadicam for the Broadmoor section. We also came up with a way to capture the perspective of the twins. Because the twins are always together, there is not a single main character or perspective. To capture both of their perspectives, we needed lots of shots from many different angles. In the visionary sequences, the camera moves a lot, either swimming in or flying through those scenes.

How did you use lighting to distinguish the various parts? For example, when they are children in Wales, the light is very subdued, even claustrophobic.

We tried to imagine how the North Country would look to people from Barbados. Wales is overcast all the time and the characters are overwhelmed and struggling with social institutions. We thought a lot about how that would feel and how we could capture that feeling in the lighting and production design. The visionary sequences look completely different because they reflect the imagination of teenagers. There is more light, color, and passion. 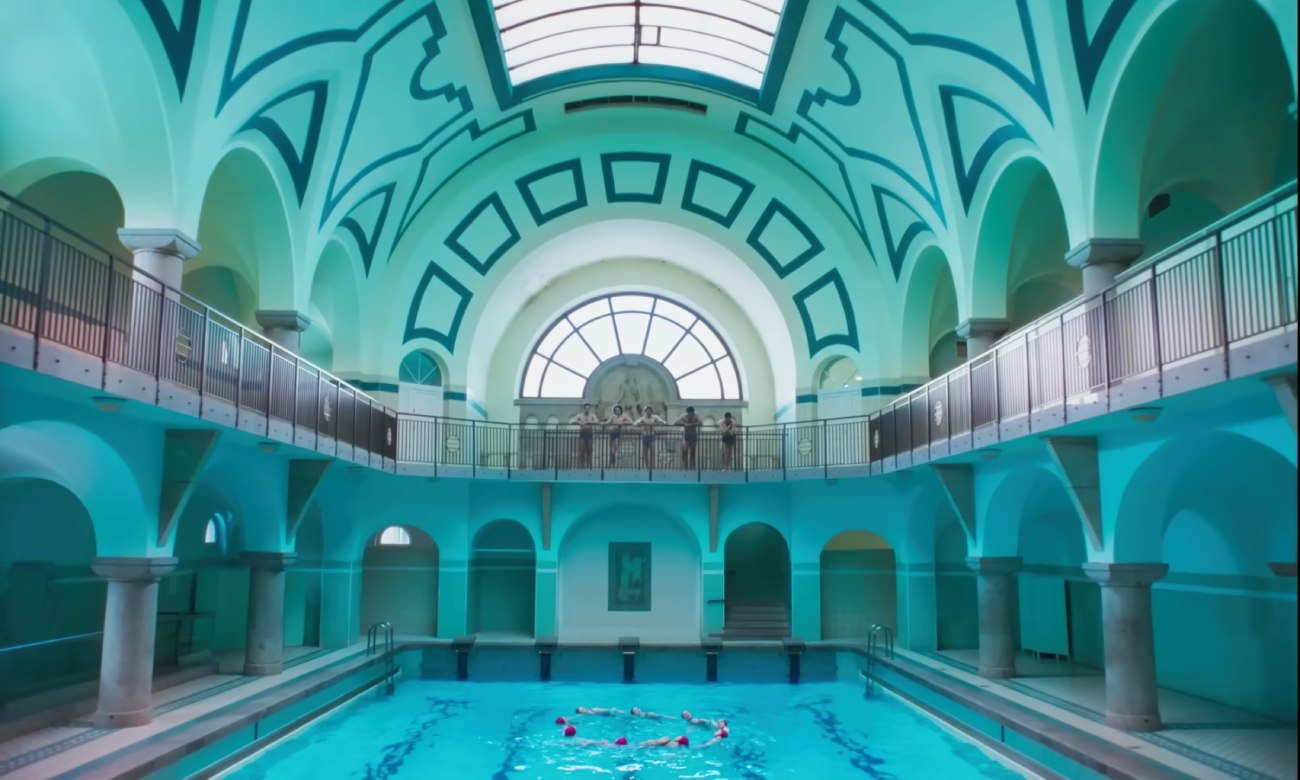 The pool in the Broadmoor fantasy in The Silent Twins

Can you talk about creating one of the fantasy sections? When the twins are sentenced to Broadmoor, they imagine it as a fantasy resort with synchronized swimming and book parties.

Each visionary segment is slightly different. Some are more intimate. This one is full of color and camera movement. We used a lot of camera techniques, from using a Steadicam to putting the camera on a crane, to create a feeling of sweeping movement. There's also a lot of contrasting light. The whole scene is very sunny in contrast to what the actual place looks like. We worked very closely with the production designer and costume designer to get the colors just right for the scene.

In creating the fantasy Broadmoor, were there particular visual references?

Nothing specifically but we tried to imagine how they might have imagined a better world. We took inspiration from what the twins might have had access to—postcards, pictures from magazines, TV shows at the time. In pictures from the time, many of the colors are more vibrant than in real life. That inspired us.

How did you shoot the actual Broodmoor hospital?

Did you use actual fluorescent lights to give off that flickering effect?

We had lots of fluorescent lights and we added some gels to give them a greenish color. I think we had something like 200 practical lights on the ceiling and through different corridors and rooms to light Broadmoor. It was a lot of work to prep but also a lot of fun to shoot. 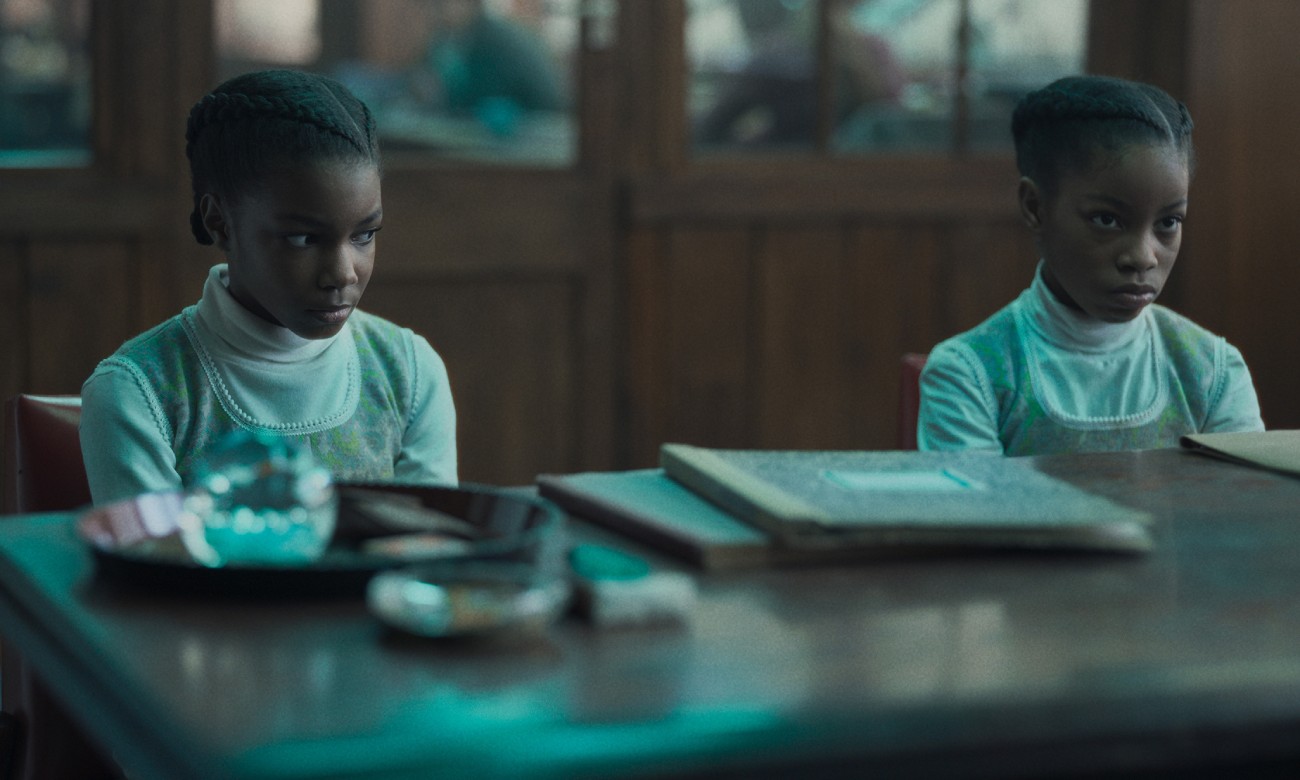 Leah Mondesir Simmons and Eva-Arianna Baxter in The Silent Twins

Getting the right colors seems very important to tell this story.

During the shoot, I worked a lot with my gaffer and my lighting crew to add color to the lighting. In post-production, I worked a lot with the colorist to get the best color reproduction. At one level, it’s a sad story. At the same time, it's a story about being a teenager. We used the color to find the passion in the story. I remember in their childhood homes, the walls were very magnolia, a sort of yellow beige color. It was historically right, but it didn't work for teenagers who spent a lot of their lives in their rooms. We choose instead to make it a pink that would change throughout. When the movie starts, it’s super colorful, but after the mother enters the twins’ room, the color becomes a pale pink.

In the Broadmoor fantasy, the blues and yellows feel so right for the period.

I remember my own childhood growing up in Poland during that time. It was still under communist rule and everybody had these artificial polyester blue coats. The coats were ugly, but in my imagination, that color was super bright and cheerful.

I hope audiences take away a sense of hope. The last scene in a dancing studio is all about the hopefulness of things—new opportunities, new beginnings.