The Artist Behind The Silent Twins’ Stop-Motion Animation

A Q&A with filmmaker Barbara Rupik

When Agnieszka Smoczynska decided to direct The Silent Twins, a cinematic exploration of the lives of real-life twins June and Jennifer Gibbons, she knew she wanted to highlight their remarkable imaginations as well as their actual biographies. Using fantasy sequences and stop-motion animation, Smoczynska maps out their dreams and desires while the rest of the film chronicles the events that took June and Jennifer (Letitia Wright and Tamara Lawrance) from growing up in Wales in the 1970s and 1980s to being sentenced to the Broadmoor secure psychiatric hospital.

To bring the twins’ writings alive, Smoczynska reached out to acclaimed animator Barbara Rupik, Having studied at the Academy of Fine Arts in Katowice, Rupik switched over to animation at the Polish National Film School in Lodz, winning the Best Animation Short at the 2020 Slamdance Film Festival for her film The Little Soul while still in school. Focusing on two of Jennifer’s stories, The Pugilist and the tale of the parrots, Polly and Perkins, Rupik created a rich, textured animation that accented the film’s narrative of the twins. For The Guardian, these “stop-motion puppet animation sequences manage to convey the strangeness and loneliness of their imaginings without resorting to horror.”

We spoke with Rupik about how she crafted her animations, what inspired her about the twins’ story, and how she attempted to illustrate their imagination.

Get tickets now for The Silent Twins

How did you get involved with doing the stop-motion animation for The Silent Twins?

Agnieszka had seen several of my animated shorts, including The Little Soul in which I first used the assemblage technique to portray repellent matter in a captivating way. Agnieszka was looking for someone who could translate Jennifer's sensibility into stop-motion animation. The world from Jennifer’s stories in some ways seems to be adjacent to mine.

How did you use stop motion animation to bring Jennifer’s imagination to life?

At some point, the girls started to treat the rag dolls they were making as the characters in their stories. My job was to bring them to life. It had to be a spatial, puppet animation technique. It was very important to treat the dolls like flesh-and-blood actors while keeping their handmade character. I tried to make the animations in a simultaneously unsettling and charming aesthetic, as if in the fantasy world these rag dolls are really alive bodily.

How much did you know about Jennifer and June Gibbons before starting the project?

I have not heard about the Gibbons sisters before Agnieszka contacted me. I was fascinated by them from the very first moment. During my research, I focused on exploring their inner world by juxtaposing it with the day-to-day things in their lives. I watched the documentary and read Marjorie Wallace's book, as well as excerpts from the Gibbons’ stories and novels. I had access to photographic documentation of the twins’ drawings, diaries, and notebooks. 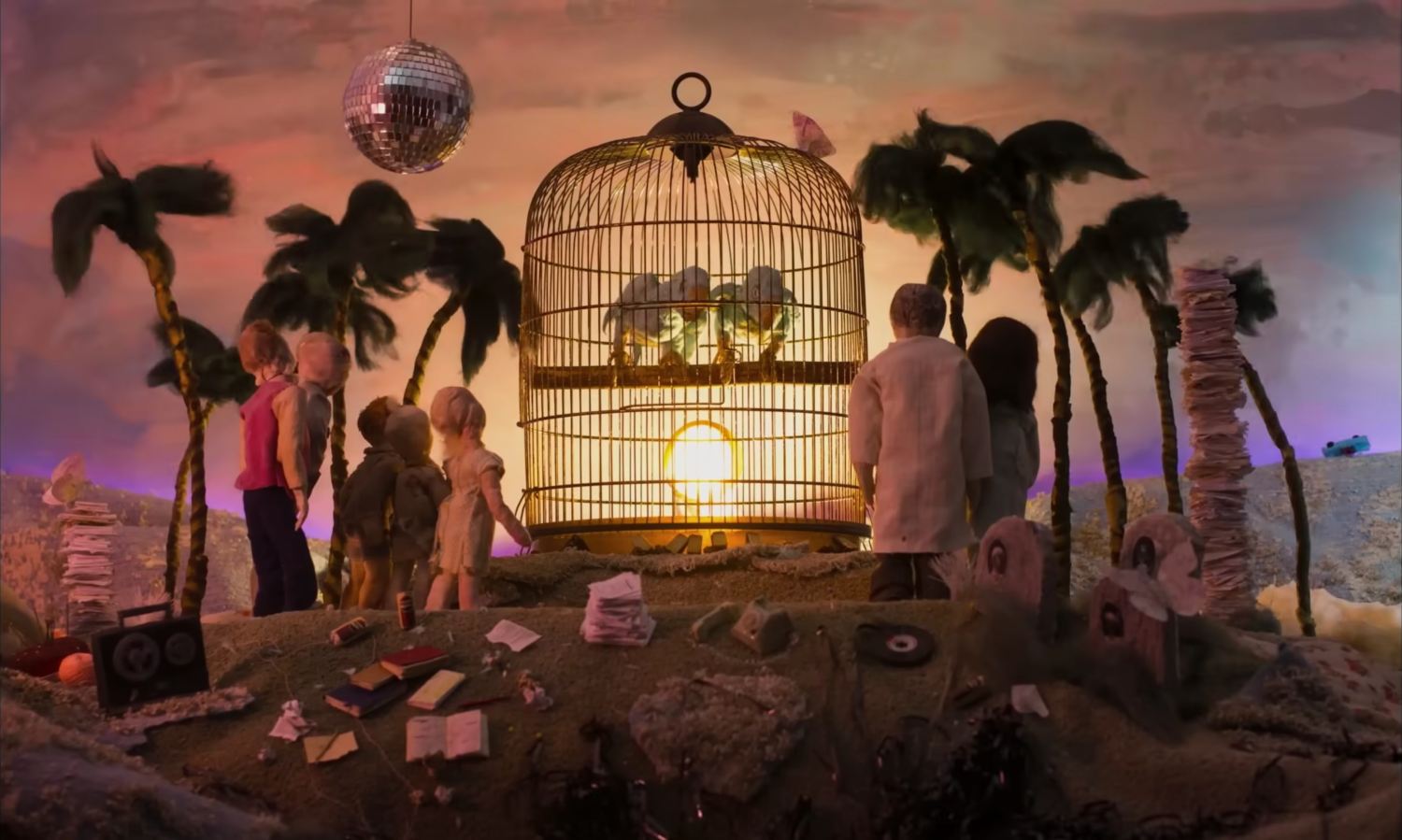 Stop-motion animation in The Silent Twins

Tell us about your animation in the film.

I animated two of Jennifer’s stories and the opening titles sequence which is a fusion of the imaginations of young June and Jennifer. The story about Polly and Perkins is from Jennifer’s early writing. It tells about “two parrots who were brought up to live in a zoo.” Spectators watch them all day, every day, and laugh when the parrots dream about freedom. Although nothing disturbing happens in the story at first glance, you can feel a deep sorrow in it. I have heard that birds in captivity sometimes pluck out their feathers when they are stressed and unhappy. In the animation, I decided to symbolically deprive the parrots of their feathers. They look like nestlings who cannot fly.

The second animation is based on an excerpt from Jennifer’s novel The Pugilist. It’s about the Pallenberg family and a great sacrifice they must make that affects their dog, Bobby, and their baby, Wayne. I tried to highlight Jennifer’s extraordinary imagination, uniqueness, creativity, and sense of humor.

How would you describe the style of your animation?

The mixed-media technique I used in The Little Soul was a very important experiment for me in form. I could combine all kinds of textures and materials to tell stories. Working on animations for The Silent Twins, I used different materials and textures to show emotions, even micro movements. The puppets are mostly made with plasticine and cotton fabric. The plasticine allowed me to animate Dr. Pallenberg's facial expression. I tried to find materials from the ‘70s and ‘80s for the puppets’ costumes, props, and interiors.

How do you get started making your stop-motion animation?

Early on, I was more into drawing and illustration. I had the feeling though that the pictures I was creating were just frames from whole scenes. They had hidden stories inside. I realized that animation would be the best way to express myself. I don’t normally need a very detailed script or storyboard. I start with thinking about some circumstance, emotion, or mood I want to convey. I see it often as an almost static image or a single scene. Then I start to set it in motion in my mind. In working on The Silent Twins, however, I was guided by the action, mood and characters in Jennifer’s stories. 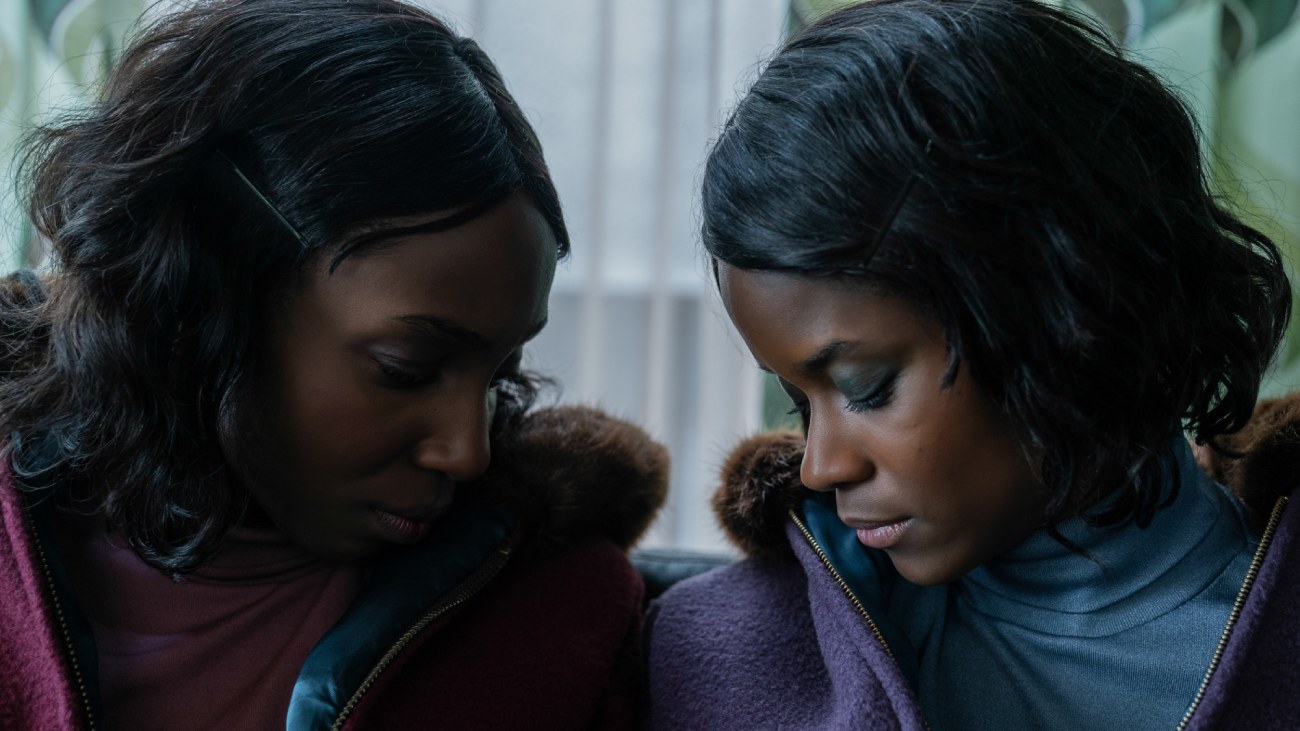 Are there animators or filmmakers that inspire you?

I always try to focus on my instinct, intuition, and desires. But, of course, there are directors who inspire and motivate me. Peter Greenaway and Jan Švankmajer are the most important.

What would you like people to take away from The Silent Twins?

To respect and value the sensitivity of every person.