The film is slated for theatrical release on March 10, 2023

Focus Features released three teaser posters for Inside, a psychological thriller starring Academy Award® nominee Willem Dafoe in filmmaker Vasilis Katsoupis’s directorial debut, slated for theatrical release on March 10, 2023. Ben Hopkins wrote the script based on an original idea by Katsoupis. The deal was negotiated by Bankside’s Stephen Kelliher on behalf of the filmmakers. 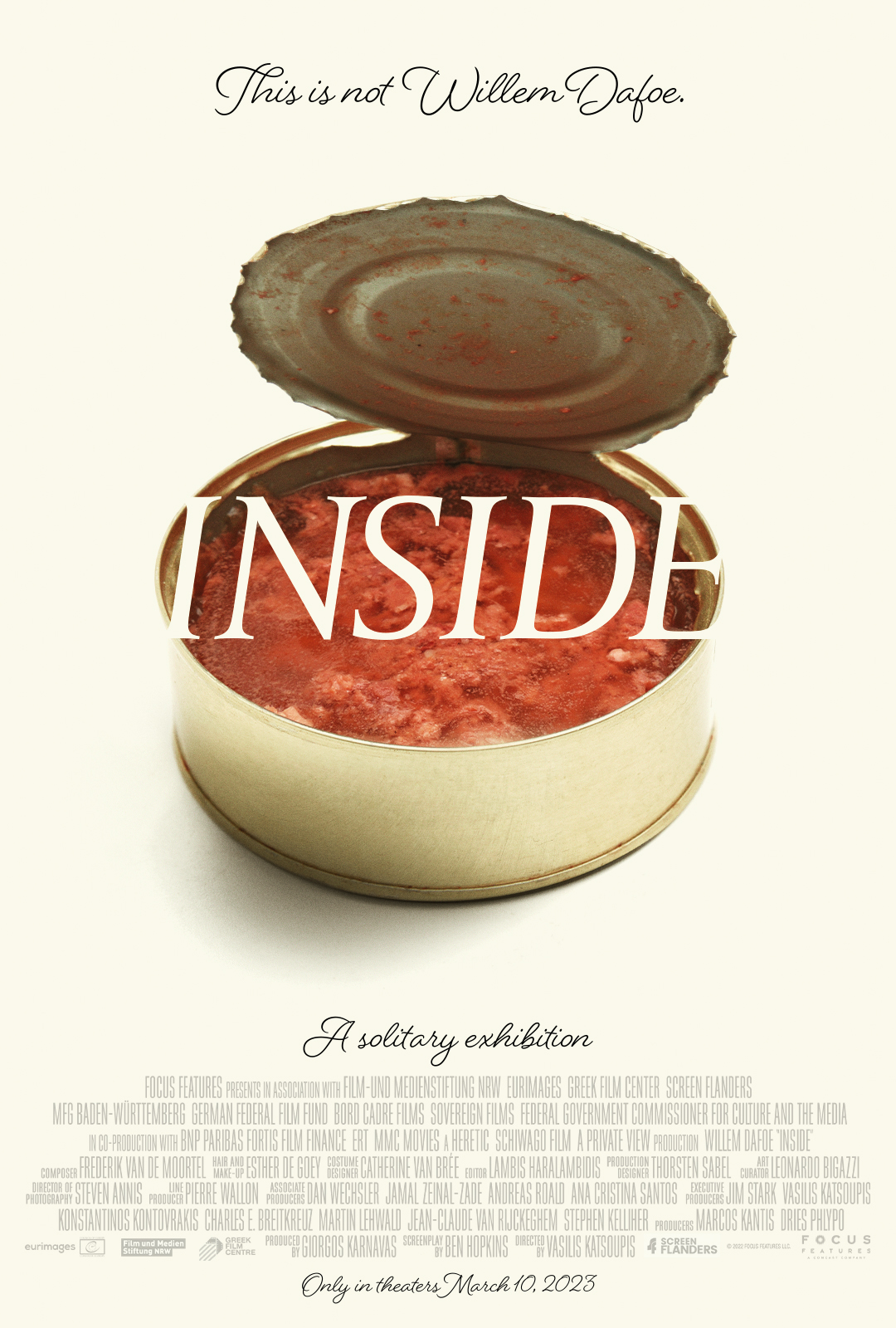 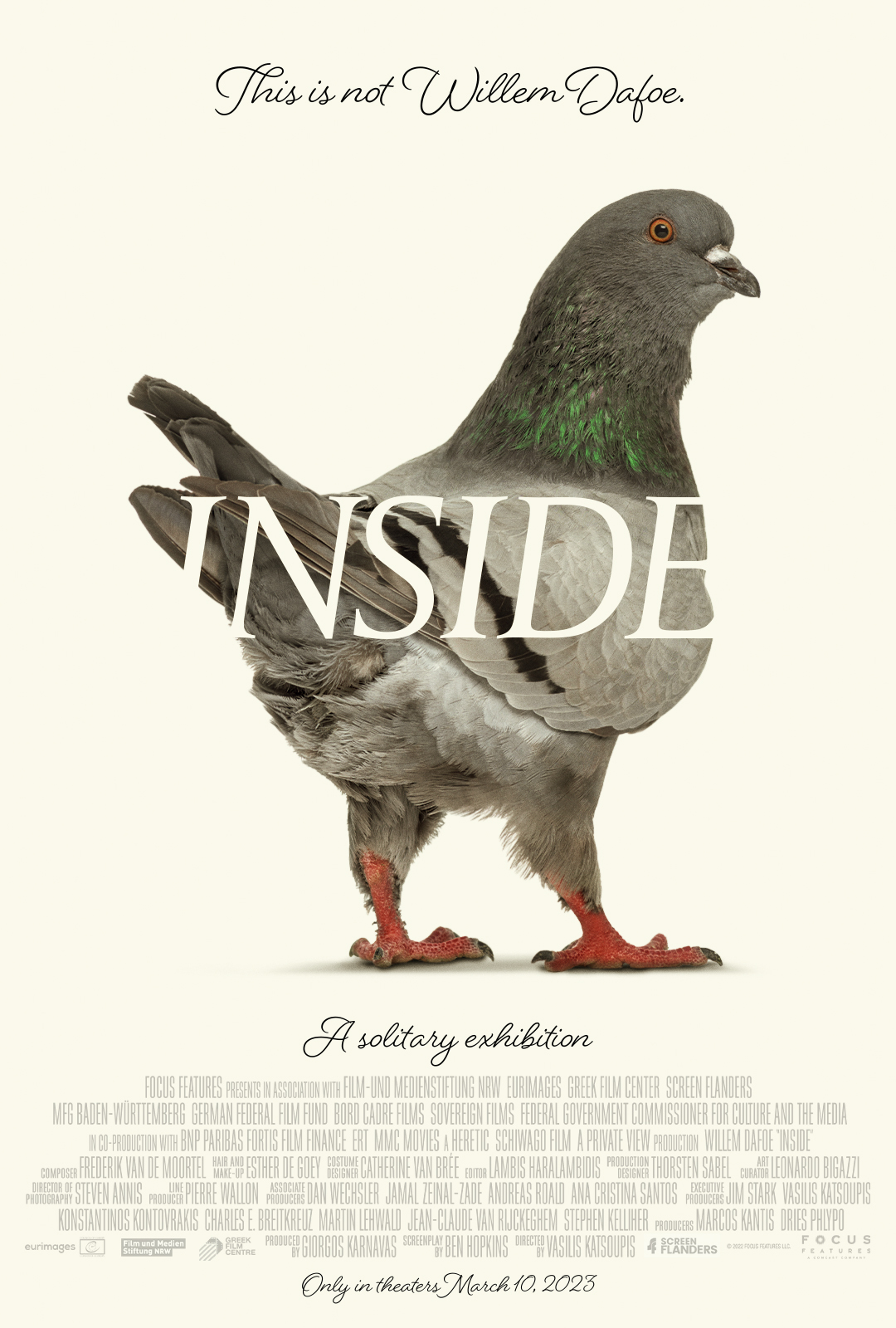 Creator-Director Katsoupis and Karnavas, the critically acclaimed producer of Greek boutique production and sales outfit, Heretic, whose credits include the Cannes Palme d’Or winner Triangle of Sadness, La Semaine de la Critique winner Feathers and Greece 2022 Academy Award® entry Magnetic Fields, said in a joint statement, “It’s a dream to have made this film, the way we wanted to, having the priviledge to work with Willem and all these amazing filmmakers that supported us. Focus is the perfect place for the film, and we can’t wait to share it with the world.” 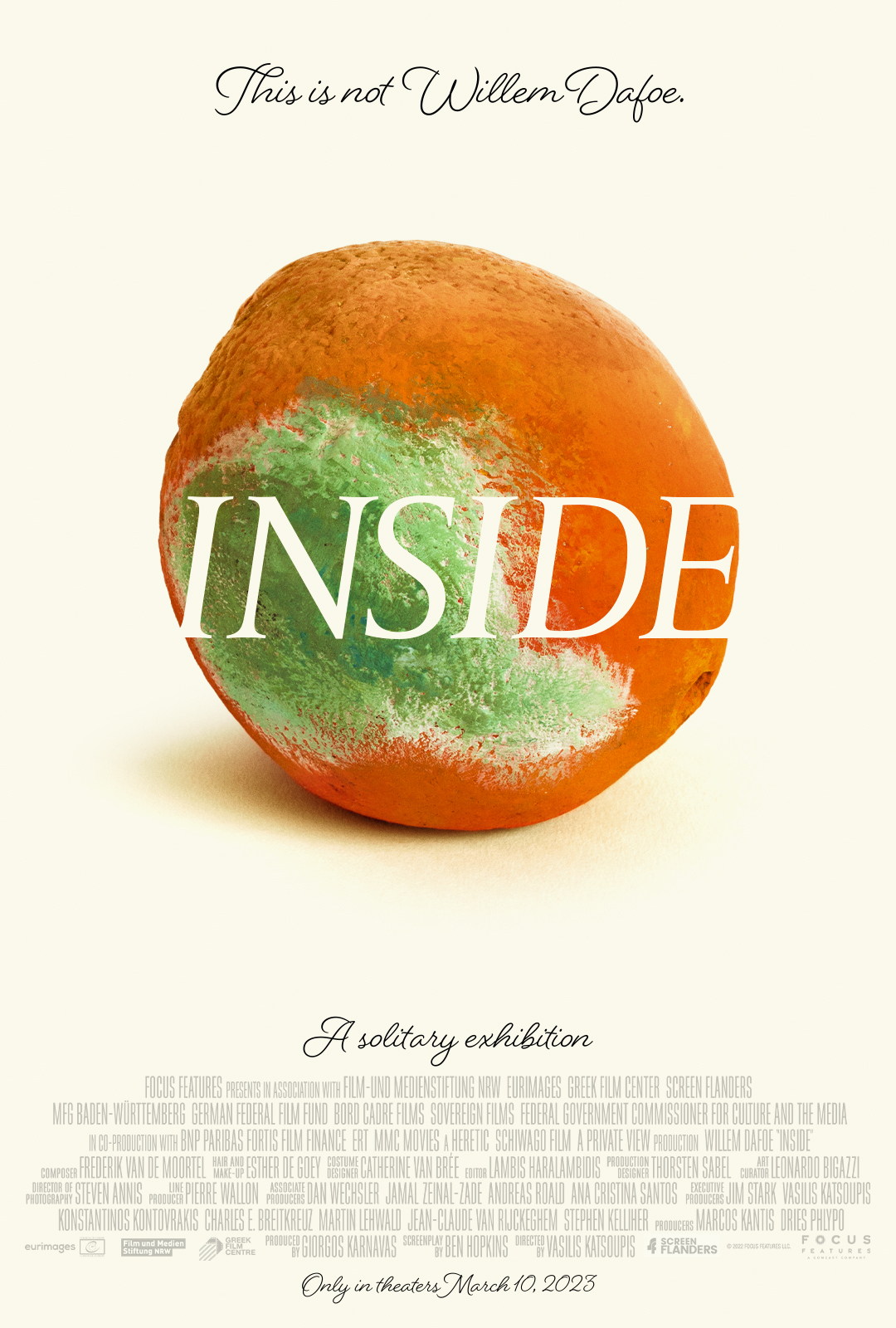 Inside tells the story of Nemo, an art thief trapped in a New York penthouse after his heist doesn’t go as planned. Locked inside with nothing but priceless works of art, he must use all his cunning and invention to survive.

Stay tuned for the official trailer tomorrow. Inside is slated for theatrical release on March 10, 2023.