From beaded gowns to high bowlers, how to become your favorite Downton character

Every autumn, one cultural event so bewitches the public that come Halloween everyone is trying on costumes to mimic it. According to The San Diego Reader, “Without question, the gold standard for hipster ensemble costumes this Halloween requires going, along with twenty of your closest friends, as the entire cast of Downton Abbey.” Fans of the show, fueled by having recently seen the hit film Downton Abbey, will be perusing second-hand stores or getting out their sewing machine to transform themselves into a member of the Crawley family or one of the downstairs staff.

For those making their own costumes, matching the finesse and skill of Downton Abbey’s costume designer Anna Robbins will be a tall order. To help, we've put together some helpful hints on how to show up as one of these seven characters come October 31.

Through heartache and high times, Lady Mary (Michelle Dockery) remained a figure of style and strength. “Mary’s lines are very elegant and striking without being too prissy,” explains Robbins. To transform yourself into Lady Mary you’ll need both a stiff upper lip and some stupendous outfits. You can find many Mary inspired dresses and even a sewing patterns on Etsy. For the more sartorially inclined, you can craft one of Mary's stunning looks. Style a fashion-forward outfit with a Louise Brooks bob, a flapper dress, full-length gloves, a simple hairband, and layered necklaces. Or show off her business side with a double-breasted vest and skirt set, purple pin-striped shirt, and ribbon tie. As Robbins points out, “even in scenes where she is not actually working, her clothes make clear that she is running the estate.” 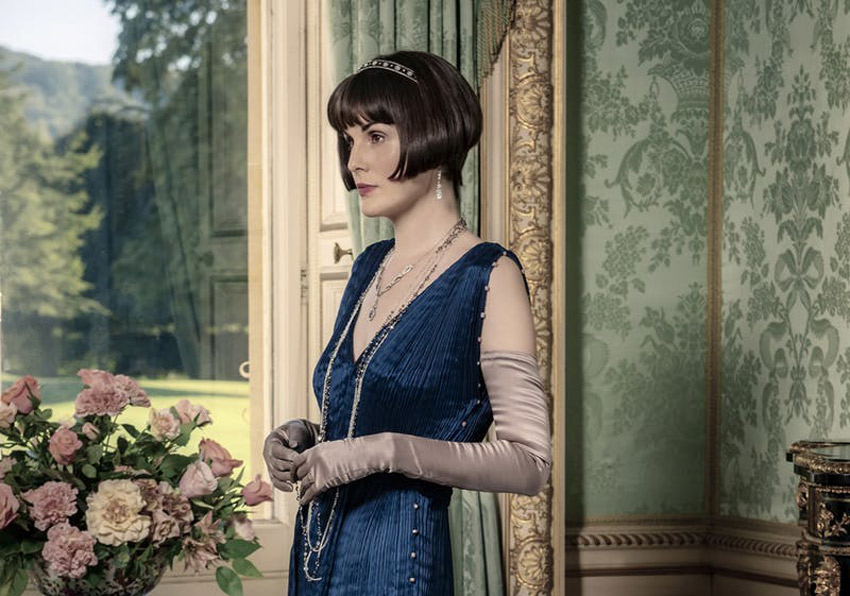 In dress and demeanor, Violet (played by the indomitable Maggie Smith) represents the old guard. But there is nothing dowdy about the way she takes control of any drawing room she deigns to enter. Tending towards an appropriate purple palette, Violet proudly wears the fashion of her youth. To dress as the Dowager, don a layered, floor-length dress with a high-neckline and cinched waist, a brocade vest, and a pair of lace-up Victorian boots. Accessorize with a heavy broach, a gold-plated walking cane, and an extravagantly expensive piece of jewelry. For the film, Smith sported a Victorian diamond foliate tiara with a 2.25 karat diamond, loanded to the production by high-end jewelers Bentley & Skinner. The most important aspect of her costume, however, is the thing you never see, but certainly feel—her razor-sharp rejoinders. 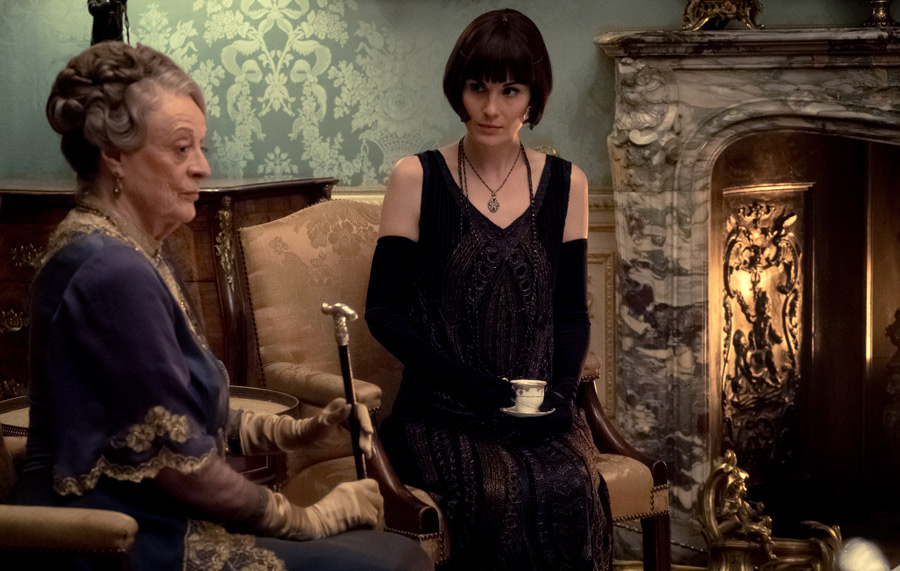 Mr. Carson (Jim Carter), the stalwart butler who maintains the estate’s traditions and high standards, makes sure every servant has his collar starched and shoes polished. He, of course, demands nothing less of himself. To become Mr. Carson, you’ll need a perfectly tailored black suit, an immaculate clean shirt, a high bowler hat, and potent air of authority. Carter relates in the book Behind the Scenes at Downton Abbey that Carson’s day shirt would be “starched like cast iron. It makes your bearing more upright.” 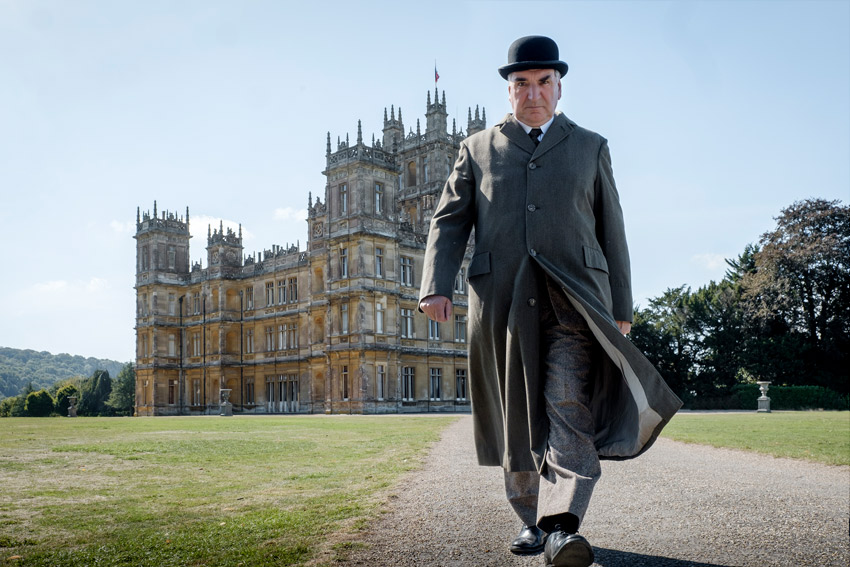 Mr. Carson commands the household with his presence in Downton Abbey

While Lady Edith (Laura Carmichael) often had a hard getting noticed growing up in the Crawley family, she came into her own as an adult. “Lady Edith is an interesting example of how costume can help tell a story,” notes Robbins. “In her journey of emotional highs and lows, the costumes have followed suit.” Edith often sports the most fashionable—and expensive—fashion of her time. Unlike her sister Mary, however, she opts for softer, more subdued colors and fabrics. For Edith, find a beautiful gown in light green, blue, or peach with loose, overlapping layers and a mod, snug hat. 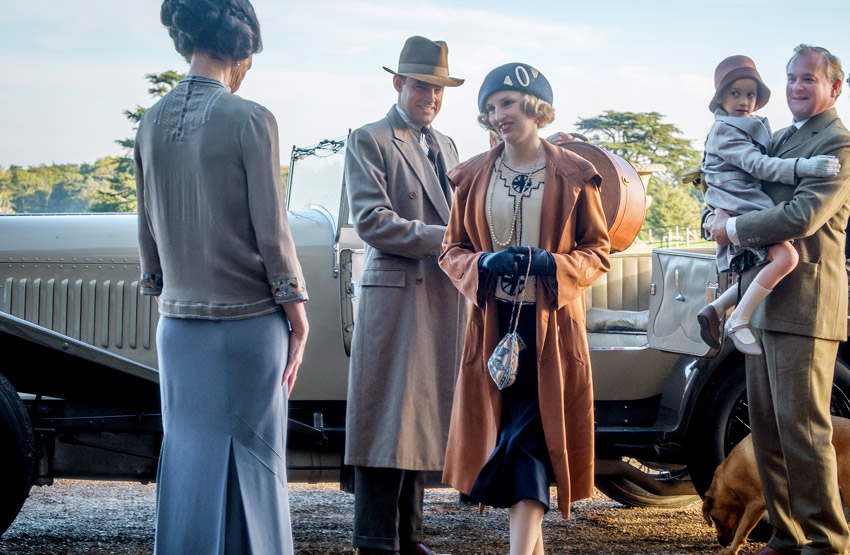 Lady Edith steps into her own style in Downton Abbey

To become the footman-turned-butler Thomas Barrow (Robert James-Collier), one needs to know what livery matches what occasion, and then polished and pressed to perfection. Barrow often appeared upstairs wearing an Edwardian waistcoat, starched white shirt, white or black tie, and, of course, white gloves. To go the extra mile, add buttons with the Grantham family's coat of arms. In the film, Barrow also takes his personal clothes—as well as himself—out of the closet when he is off duty. “We were able to strip away the layers and show him in a more relaxed environment with a wool coat and hat, comfortable in his own skin for possibly the first time in his life,” explains Robbins. 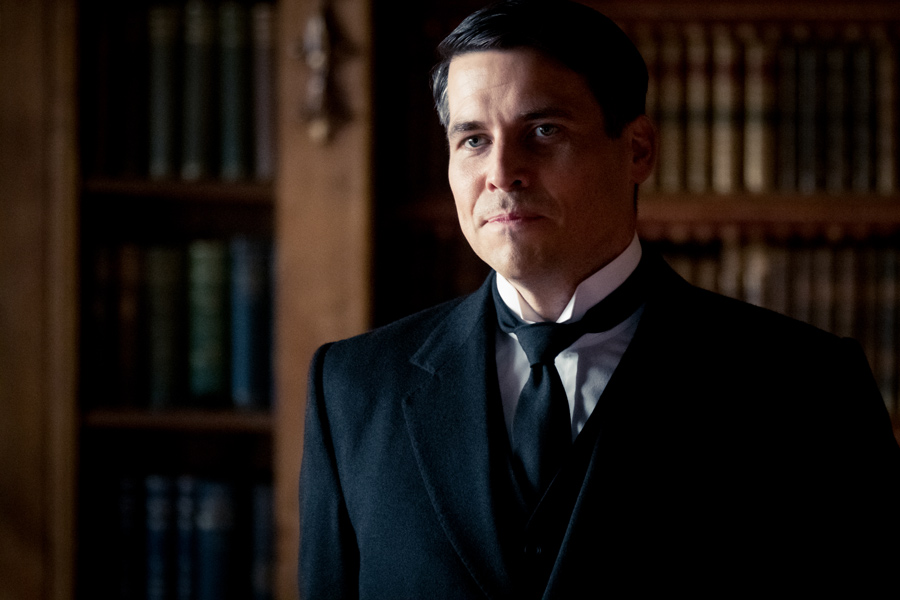 Thomas Barrow's composed appearance is as elegant as it is enigmatic

As the kitchen maid who pulled herself up by her apron strings, Daisy (Sophie McShera) wears a servant’s uniform, but has the heart of a scholar. Having gained an education, the once-timid apprentice became a free-thinker in the movie. To show up as Daisy, wear a light grey dress with a white collar, a white apron, and a cooking bonnet. For accessories, carry a book in one hand and a ladle in the other. 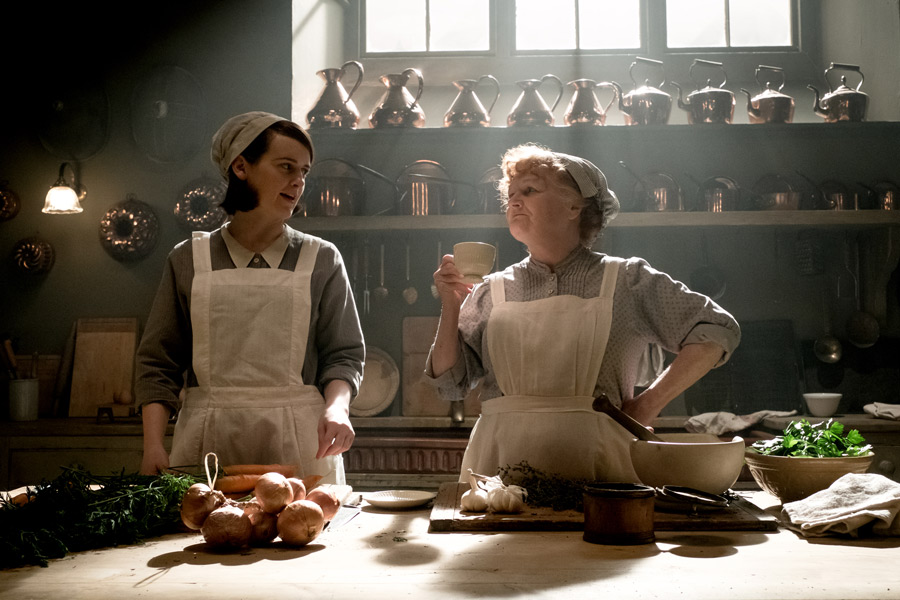 As the chauffeur who married the Lord’s daughter, Tom Branson (Allen Leech) finds himself caught between two worlds without really belonging to either—neither upstairs, nor downstairs, nor Irish revolutionary, nor British gentry. In costuming him, Robbins highlighted his in-between status. “To show off his Irish roots, I would often tailor his suits in some sort of Donegal tweed, which is where he is from,” Robbins explains. “He would often wear softer shirts to mark off his distinction from the stiff shirts of the family.” To become this beloved character for Halloween, dig up a brown tweed suit, pin-striped shirt, and brown fedora. Maybe add some axle grease under your nails to remind us that you're not so grand that you don't get your hands dirty sometimes. 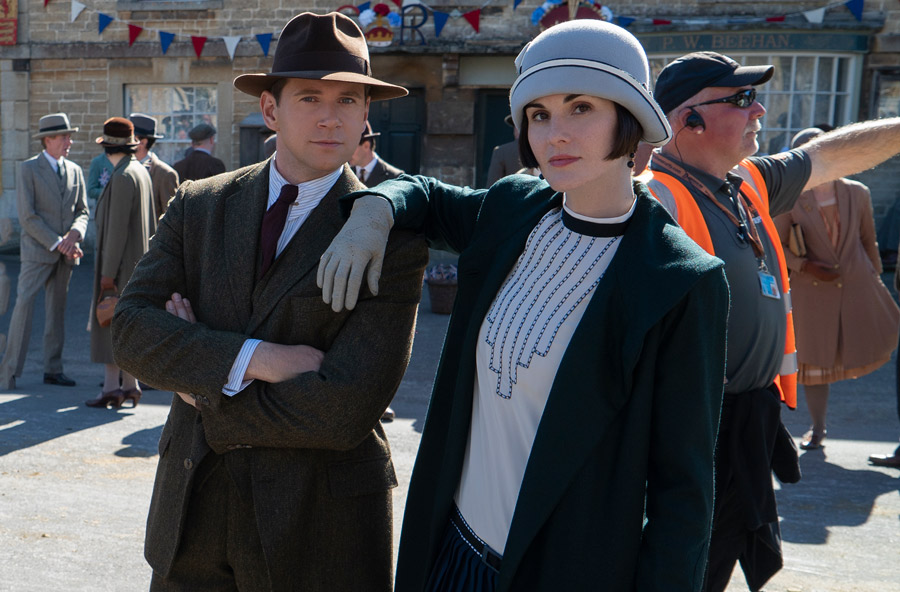