Five revolutionary filmmakers for the Fourth of July

Beyond the barbeques and picnics, fireworks and parades, the Fourth of July reminds us of the unique pledge we made as a nation in 1776 to be independent. On that date, the Continental Congress agreed to the final wording of the Declaration of Independence, a document that paved the way to setting up a new country, one in which its citizens were promised the unalienable rights of “life, liberty, and the pursuit of happiness.” This Fourth of July, we’re celebrating American independent filmmakers who have exercised those rights to create innovative, personal, and groundbreaking cinema.

Each of these filmmakers explore what it means to be American in ways that showcase some of our finest national traits—humor, inventiveness, compassion, and honesty. Jim Jarmusch's latest film The Dead Don’t Die, for example, uses the classic horror genre to create what The New Yorker calls a “fiercely political zombie comedy” that’s “about the American center—or, rather, dead center—set in the fictitious Pennsylvania town of Centerville.” From raising the undead to recovering stories of our unsung heroes, these original artists strike a blow for American independence.

Jim Jarmusch | The very in outsider

Since his debut feature Stranger than Paradise, Jim Jarmuch has singularly defined American independent filmmaking. Hailing from Akron, Ohio, Jarmusch moved to New York City to become a writer, but found his real talent creating completely original movies. In 1986, The New York Times wrote of his film Down By Law, “we are seeing a true film maker at work, using film to create a narrative that couldn’t exist on the stage or the printed page of a novel.” For Tom Waits (who has been in four Jarmusch films including The Dead Don’t Die), the director is the quintessential American figure, “an immigrant—a benign, fascinated foreigner…And all his films are about that.” Jarmusch's Broken Flowers, for example, follows Bill Murray as he revisits his past loves in a quest to rediscover his own history and identity, especially to see if that might mean he was a father.  For Newsweek, the film's unexpected mix of deadpan humor and heartfelt emotion reflects Jarmusch's "original way of looking at the world.” Even shooting abroad, as he did with The Limits of Control, helps define his American roots. “Being in a place where you don’t understand certain things is really inspiring for your imagination,” Jarmusch explains.

Get Broken Flowers on iTunes or at Amazon.

Get The Limits of Control on iTunes or at Amazon. 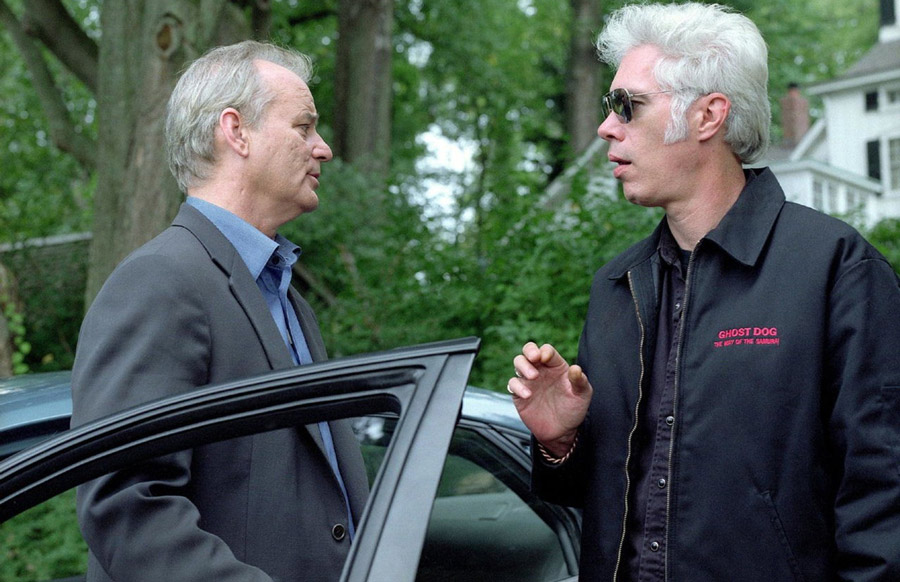 Bill Murray and Jim Jarmusch on the set of Broken Flowers

Sofia Coppola | Showing us her world

As the daughter of the legendary director Francis Ford Coppola, Sofia Coppola was born into film royalty. But as a filmmaker, she followed nobody's vision but her own. “I never felt like I had to fit into the majority view,” she explained, adding, “I’ve always just made the films that I’d have wanted to see.” Her second feature Lost in Translation—for which she won an Academy Award® for Original Screenplay—showcases how Coppola, according to Entertainment Weekly, “communicates so clearly in a cinematic language all her own.” Under her direction, this simple tale of friendship between two strangers—Bill Murray and Scarlett Johansson—became, according to IndieWire, “a hallmark of indie cinema.” While her topic and locales have changed—from contemporary Hollywood in Somewhere to Civil War Virginia in The Beguiled—Coppola’s intimate, poetic, and singular vision remains her own.

Get Somewhere now on iTunes or at Amazon. 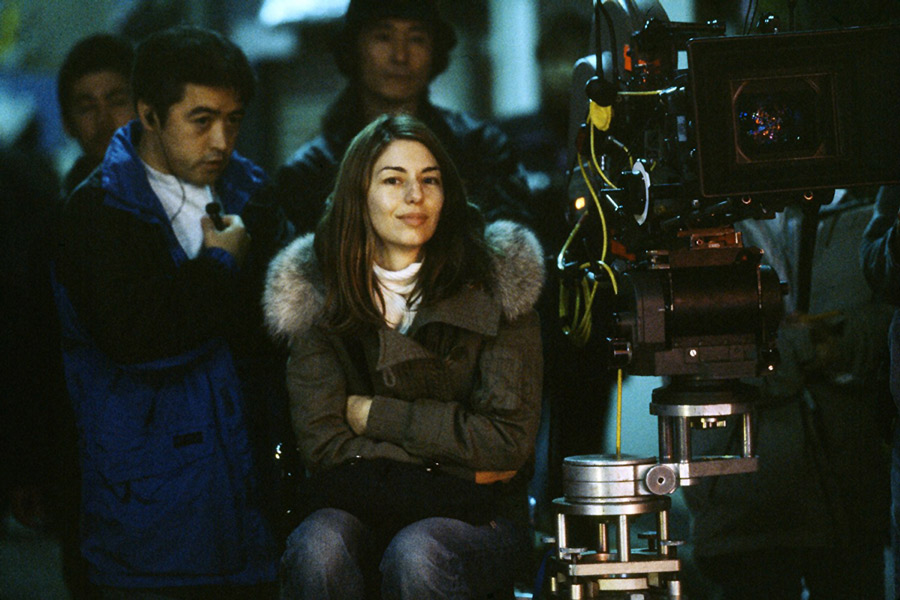 Sofia Coppola on the set of Lost in Translation

Spike Lee’s latest film BlacKkKlansman—for which he won an Academy Award® for Best Adapted Screenplay—showed him to be, according to The Guardian, “the fearless voice the industry needs.” Since his 1989 breakout film Do The Right Thing put a spotlight on racial tensions in New York City with equal parts humor and activism, Lee has unflinchingly asked, again and again, what does it mean to be black in America. From epic tales like Malcolm X to moving documentaries like 4 Little Girls, Lee has restaged our common history in his own personal and provocative style. With BlacKkKlansman, Lee makes a 1970s story about an African American Colorado Springs detective (John David Washington) who goes undercover to join the KKK feel both modern and pressing. As the San Francisco Chronicle proclaimed about the film, “Spike Lee is relevant again. He’s necessary again.” 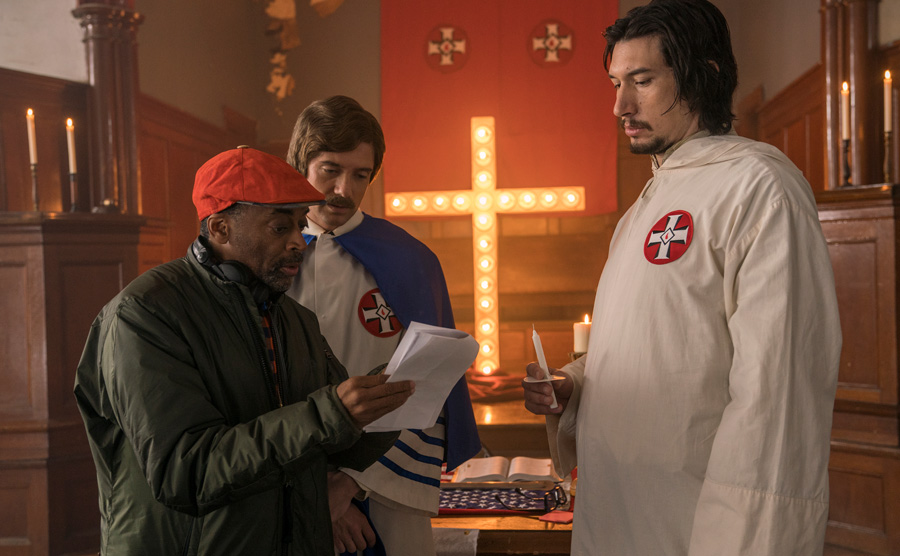 To make Milk, his Academy Award®-nominated portrait of the slain gay political leader (played by Sean Penn), Gus Van Sant used his decades-long career as an independent filmmaker to maximum effect. From its intimate hand-held views of San Francisco to its grand emotional conclusion, Milk showcases Van Sant's profound understanding of America's diverse character. Van Sant’s first feature Mala Noche, a 1986 no-budget experimental drama, marked him as a filmmaker of incredible promise, an appraisal he more than lived up to with his breakout indie hit Drugstore Cowboy. Moving back and forth between elegant, experimental films (like Elephant and Last Days) to more popular fare (like Good Will Hunting), Van Sant honed his filmmaking talent to present the stories of marginalized Americans, from disenfranchised teens to gay activists. In making Promised Land, his drama of a rural community in crisis, Van Sant explained the film's creative challenge: “America is a big place and we are all part of it, so it's hard to really get a grasp on our identity sometimes.”

Get Promised Land now on iTunes or at Amazon. 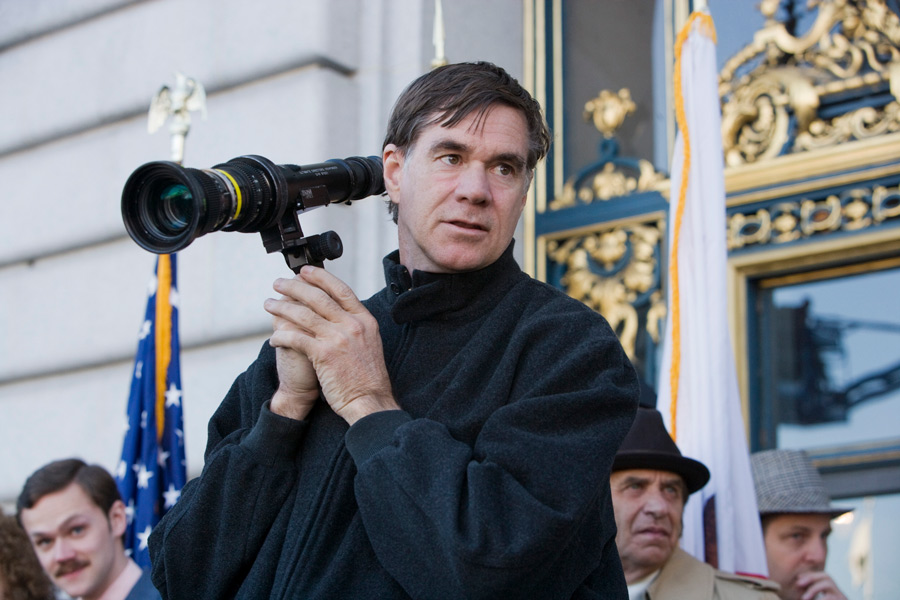 Gus Van Sant on the set of Milk

Ever since her debut feature Eve’s Bayou won the 1998 Independent Spirit Award for Best First Feature, Kasi Lemmons has been a director to watch. Her talent for bringing both a poetic and political voice to African American stories helped put Eve’s Bayou on Time Magazine’s list of The 25 Most Important Films on Race. Since then she has revitalized often forgotten chapters from our past with a passionately personal perspective. “I know my history, I know my roots, I know I can be an artist,”  she said about her career, a comment that also points to the way she finds her subjects. To bring the story of Washington, D.C. DJ Petey Greene (Don Cheadle) to the screen in Talk to Me, Lemmons connected to his need to speak his truth. His “voice was so spontaneous, which is one of the things I liked about it,” Lemmons explained. This Fall, Lemmons gives voice to another great historic icon with Harriet, her dramatization of the life of freedom fighter Harriet Tubman

Get Talk to Me on iTunes or at Amazon. 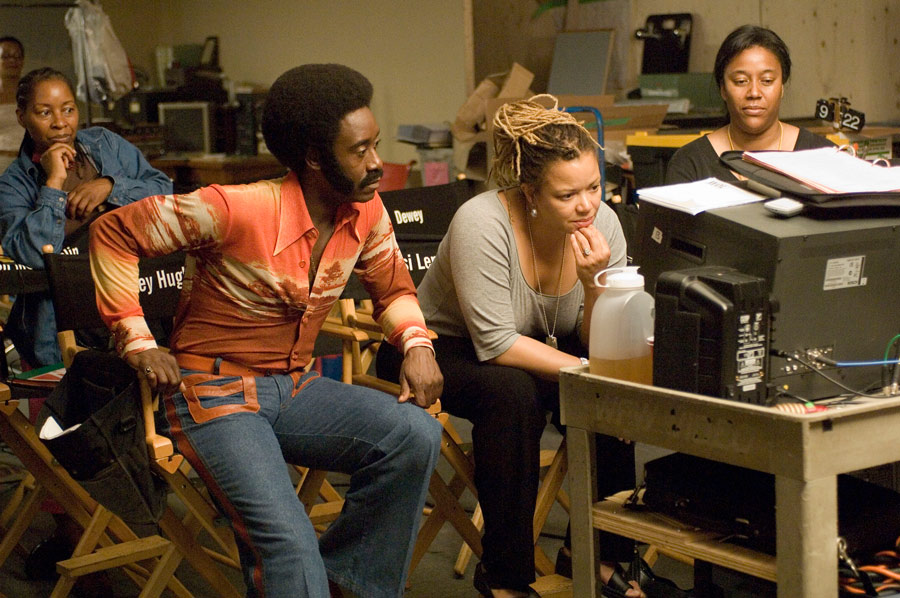