Taste of Adventure: Food/Travel Bloggers Pay Tribute to The Subject of Roadrunner: A Film About Anthony Bourdain

In Roadrunner: A Film About Anthony Bourdain, Academy Award-winning filmmaker Morgan Neville maps out the life of the iconic world traveler by chronicling all aspects of his life. Talking with friends and family and revisiting the international locations and cuisines he made famous on his various shows, Neville paints a full portrait of Anthony Bourdain. For people who travel the world sampling the world's cuisine,  Bourdain was a towering inspiration, embodying their own wanderlust and hunger for adventure.

We reached out to four acclaimed food/travel bloggers to find out which of Bourdain’s many destinations influenced them the most. For each blogger, Bourdain brought attention to a new or favorite spot, showcasing the food and customs they too have come to love.

Get tickets for Roadrunner: A Film About Anthony Bourdain now

The official trailer of Roadrunner: A Film About Anthony Bourdain. 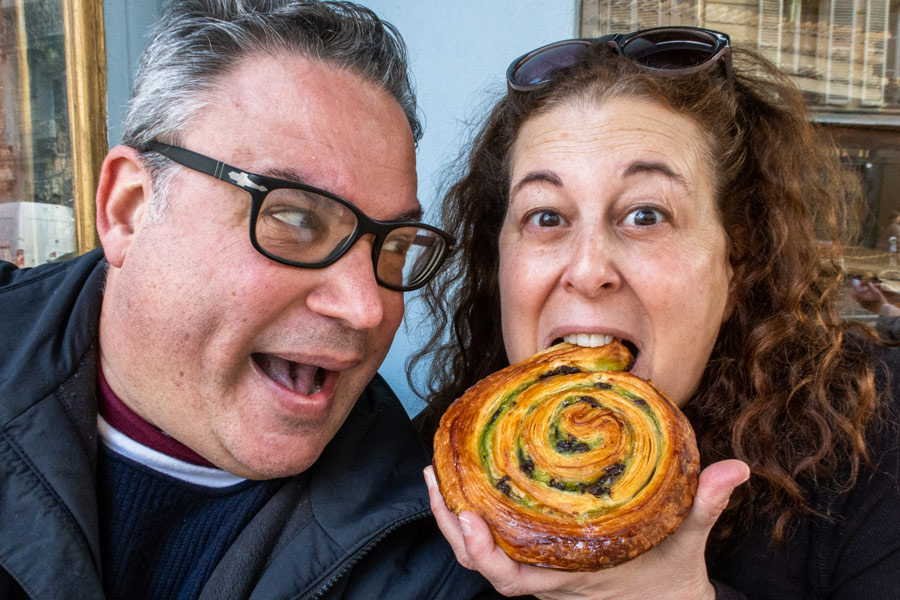 Daryl and Mindi Hirsch of 2foodtrippers.com

We immediately started planning a trip to Montreal once we watched Anthony Bourdiain’s 2006 No Reservations episode in Quebec — a culinary extravaganza filled with poutine, bagels, and that infamous meal at Chef Martin Picard’s Au Pied de Cochon.

During the episode, Picard literally attempts to kill Bourdain (“When he dies, stop,” Picard says) with a parade of the Quebecois chef’s over-the-top, cardiac-inducing dishes that included Foie Gras Poutine, a Foie Gras “Hot Dog” and Picard’s epic “Duck in a Can.” It’s a scene filled with the kind of hedonistic, epicurean gluttony that drove us to travel for the love of food. It’s also a scene that celebrates the joy of eating because, above all else, Bourdain understood that experiencing great cuisine at all levels is one of life’s great pleasures.

Bourdain was a huge inspiration in 2012 when we started our website, 2foodtrippers, out of our love for food and travel. Whether we were eating street food in Hanoi, experiencing gastronomic delights in France, or chowing down on pizza in Naples, we always felt his massive media footprint. When we left America to begin our three-year nomadic food quest in 2016, the 2014 Parts Unknown Lyon episode inspired us to spend an entire month in the French gastronomic capital. Without Bourdain, we would have never discovered food traiteurs like F. Reynon in Lyon or the street food queen otherwise known as the “Cowboy Lady” in Chiang Mai. When we heard about his death in 2018, we were crushed. The late chef left a trail of food and travel that we can only hope to follow. 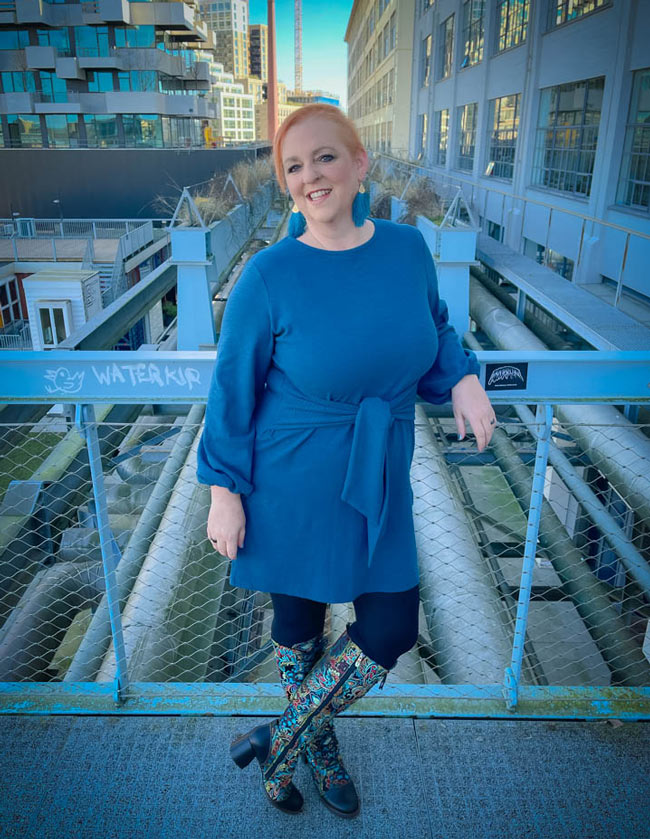 We first visited Emilia Romagna several months prior to the No Reservations episode airing in 2012. I immediately fell deeply in love with everything about the region, especially the history surrounding Emilia Romagna’s long-standing culinary traditions. Watching Anthony Bourdain visit some of the same places we did was inspiring and left me longing to return to Emilia Romagna as soon as possible. And, I did! I went back to Bologna that same year, bringing my parents from the United States to Italy for the first time.

In this episode, Bourdain showcased iconic regional foods such as Culatello di Zibello, where he walked through the very same caves we had been in only months before. He tasted the famous balsamic vinegar from Modena and learned the proper way to eat tigelle bread. There were cameos of other Emilia Romagna favorites, including mortadella, Parmigiano Reggiano, and tagliatelle.

It was exciting to see Emilia Romagna be featured over more well-known tourist destinations in Italy. I’ve been back to Emilia Romagna more than a dozen times in the last ten years, and it remains one of my favorite food destinations. Through No Reservations, Anthony Bourdain inspired countless other travelers to explore Emilia Romagna and learn more about what makes this region so special. 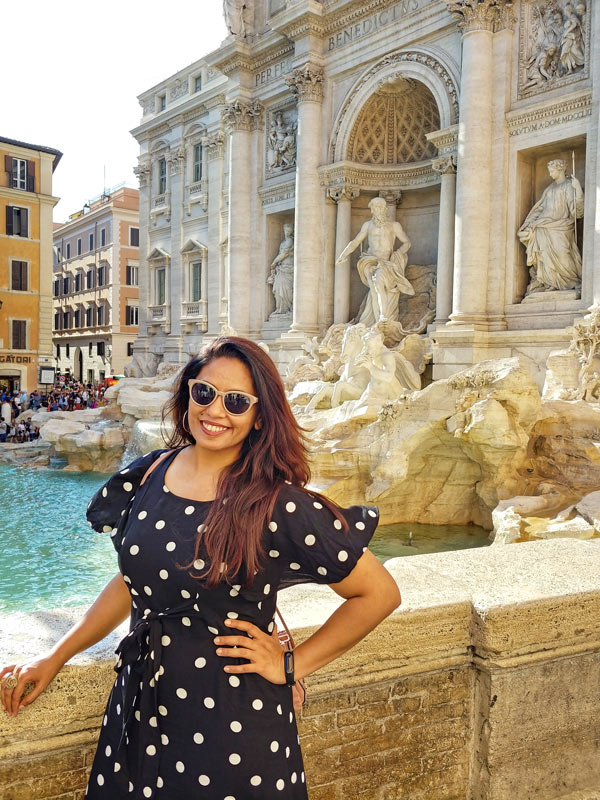 I love Italy and Rome is my favorite city in the world. So, I have obviously watched all of Anthony Bourdain’s episodes set in the Eternal City — from the frenetically paced one in The Layover to the grittier one in Parts Unknown. The latter with its cinematic vibe and its focus on non-classical Rome was especially lovely and I was fascinated to see the rationalist architecture of the EUR neighborhood, so different from the city’s historic center.

But my favorite Rome episode has to be the one from No Reservations, shot beautifully in black-and-white like a modern-day Fellini film, just the way Tony (and I) imagined it. It’s his first time in the city and I loved watching him wander the streets, waxing poetic about bread and pasta and wine. He joked about how Romans don’t ‘talk annoyingly’ about seasonal eating; they just {insert expletive} do it. It’s where I learnt about the three classic Roman pastas and the "no cappuccino after 11 a.m." rule. I couldn’t believe how good the food looked even in black and white.

As I watched (and re-watched) the episode, I wanted to devour that plate of cacio e pepe, taste that vignarola, and sample all the formaggi. And I did it all when I visited Rome for the first time a couple of years after the episode aired. The cacio e pepe was just as sublime as Tony described and it remains my favorite Roman pasta. It’s one of the first things I eat when I visit Rome. And every time I return, I find something new to love in Rome. As Tony says, it’s all about “the little things, the tiny details, the improbable awesomeness of every little damn thing.” 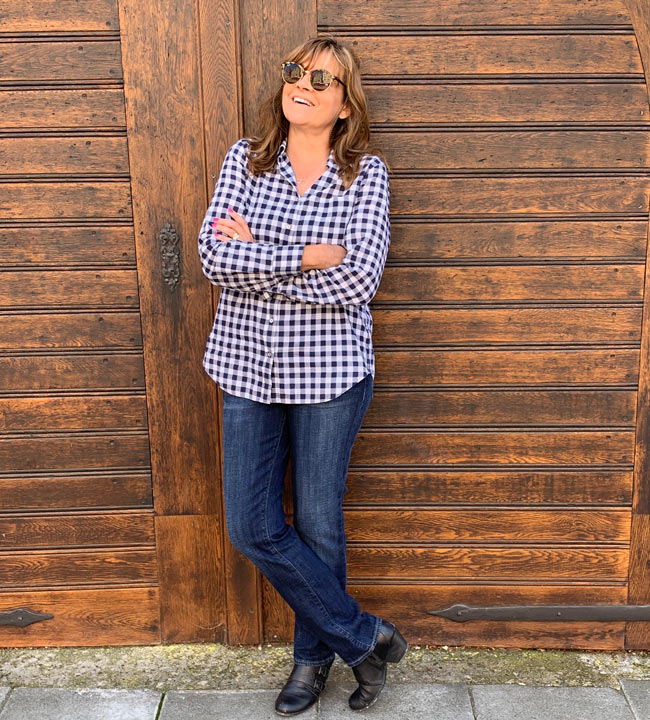 My favorite Anthony Bourdain show is definitely No Reservations. It’s hard to choose a favorite episode as so many made an impact on me, from the black-and-white Rome episode to the Rust Belt, showcasing Baltimore, where I lived for many years. If I had to choose one, it would be Indonesia. Having spent time there, I understand when Bourdain says, “How can you look at this and go back..anywhere?” I smiled through the whole episode, and even laughed out loud. The restaurant incident in Jakarta, you just have to see it to believe it. From the pancake delivery to the fresh seafood served every day, it made me want to go back. It truly is paradise. And the ending of that episode? It only takes a visit to understand what it means to go bamboo.