The Word Is Out: #FocusBookClub reads Boy Erased

From the moment Joel Edgerton opened up Garrard Conley’s book Boy Erased: A Memoir, he felt a connection to the writer’s true-life story. While on paper the Australian-born actor has little in common with the young writer from Arkansas, Edgerton understood at a primal level Conely’s experience of being pushed to attend conversion therapy. "As a child, my greatest fears and foundations for my early nightmares was any situation that took away my freedom," recounts Edgerton. Believing this story of acceptance and hope could touch so many others, Edgerton was committed “to give Garrard’s personal story its true justice on screen.”

Before Edgerton's adaptation of Boy Erased opens in select theaters on November 2, read Conley’s book Boy Erased: A Memoir, and tell us what moved you on social with #FocusBookClub.

"I was here by my own choice despite my secret wish to run away from the shame I’d felt since my parents found out I was gay. I had too much invested in my current life to leave it behind: in my family and in the increasingly blurry God I’d known since I was a toddler."

In 2004, Garrard Conley was 19 when he was outed to his parents by a fellow student from his college. His father, a Baptist preacher in Arkansas, told him, “You'll never step foot in this house again if you act on your feelings.” Instead he was offered the chance to attend the Love in Action facility in Memphis, Tennessee, an ordeal so traumatizing that it took Conley nearly a decade to process his emotions in order to write Boy Erased: A Memoir. In addition to exploring fully how the good intentions of so many went so awry, Conley researched conversion therapy as a movement to put his individual tale into a larger historical context. The result is not simply an exposé, but an inspiring story of courage and hope. For The Kenyon Review, “Reading Conley’s memoir provides a much richer, more nuanced, and complicated experience of growing up a devout fundamentalist and having reductive, absolute truths shattered by doubt that accompanies self-knowledge.” 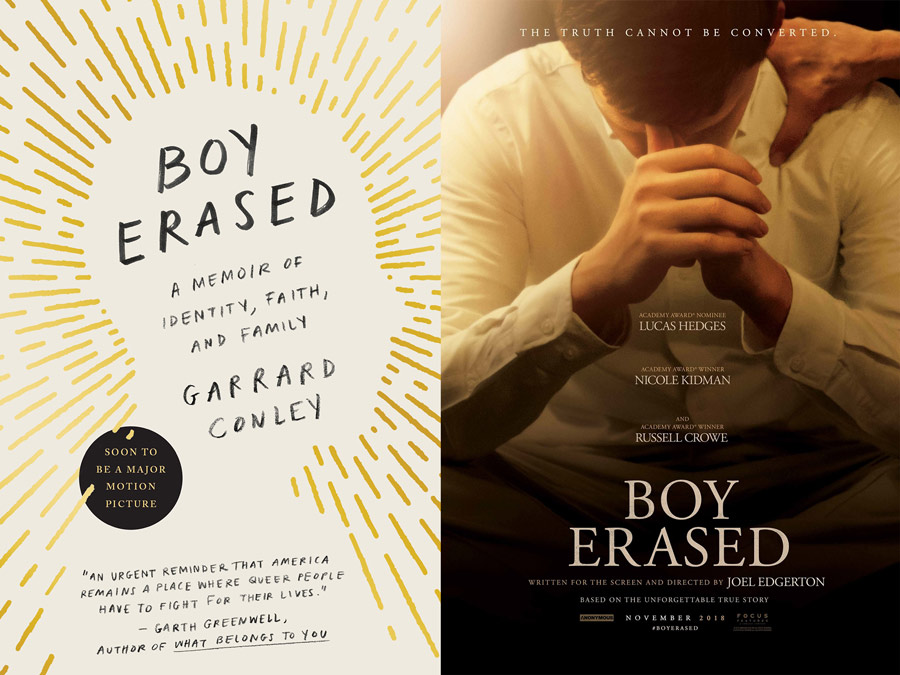 The book cover and film poster

After getting the book Boy Erased: A Memoir from his producer Kerry Kohansky-Roberts, Edgerton knew he wanted to bring Conley’s story to the big screen. He started writing drafts of the story, sharing them with Conley to be sure he got everything just right. He traveled to Arkansas to meet Conley’s family and even interviewed the former director of Love in Action to get all sides of the story. “I was determined to take into consideration every character's position and beliefs,” Edgerton explains. “No painting people as villains where they were not.” After casting Lucas Hedges as his lead , Edgerton found the perfect parents with Russell Crowe and Nichole Kidman. Rounding the cast off with many from the LGBTQ+ community, Edgerton then stepped in to play one of the film’s most complex characters, the director of the facility Victor Sykes. Throughout the production, the filmmakers sought “to make sure that the film adaptation was an honest retelling of what Conley experienced in his own life.” For critics, the film delivers just that. "Boy Erased resonates exactly because it treats everyone as a human being, complex and impossible to reduce to binaries," writes The Globe and Mail.

Reading Boy Erased: A Memoir, Hedges remembers how he “fell in love with Garrard’s voice and heard my own; I really heard myself in his voice.” The intimate authenticity of Conley’s prose, creating for readers a powerful and personal guide to the hidden world of conversion therapy, is one of the things that made the book so moving. As an actor, Hedges needed to translate that voice, that unique sense of identity, into his performance. For Edgerton, Hedges’ “balance of head and heart and gut” was the perfect combination to convey the autor's sensibility. Even Conley connected to Hedges, remembering when they met, “I just knew he was the right person for this role.” The Hollywood Reporter agrees, writing that “There isn’t a false note in his performance.” 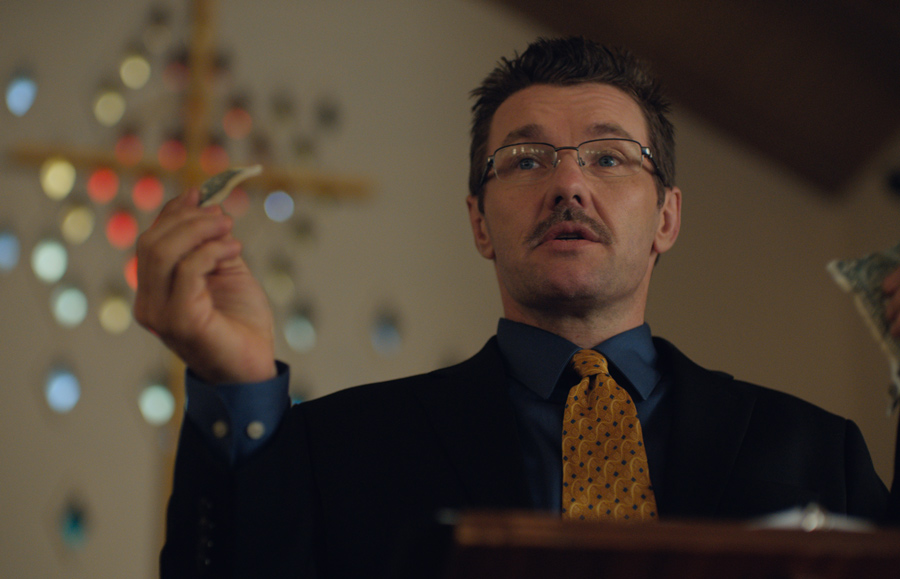 After his book was published, the letters and emails Conley received from others who had experienced a similar ordeal convinced the author that the issues he raised “needed to be aired out in public.”  Conley explains, "It is my hope that the Boy Erased film continues the project of my memoir...to give words of solidarity to those who have experienced conversion therapy." From the start, Edgerton recognized the power of film to expand the book's message to many more families. “If we do our job with this movie, we have the chance to create a bigger discussion about something that needs awareness,” explains Edgerton. For The Wrap, “Boy Erased is a good movie and also an important one, one that might save lives if enough young people find their way to it.”