4 Amazing Films To Watch In The Cold Winter Months

This February, cozy up with our selection of alternative seasonal movies

The holidays are now over and the darker, dreary days of winter are upon us. A good film with an idyllic winter setting might hold the answer to beating the blues and inspire you to embrace the season. Focus is here to offer four handpicked stories to make those chilly evenings far more appealing. From Eternal Sunshine of the Spotless Mind to Anna Karenina, prepare to immerse yourself in action, drama, love and laughter, all through the unmissable spectacles of winter. 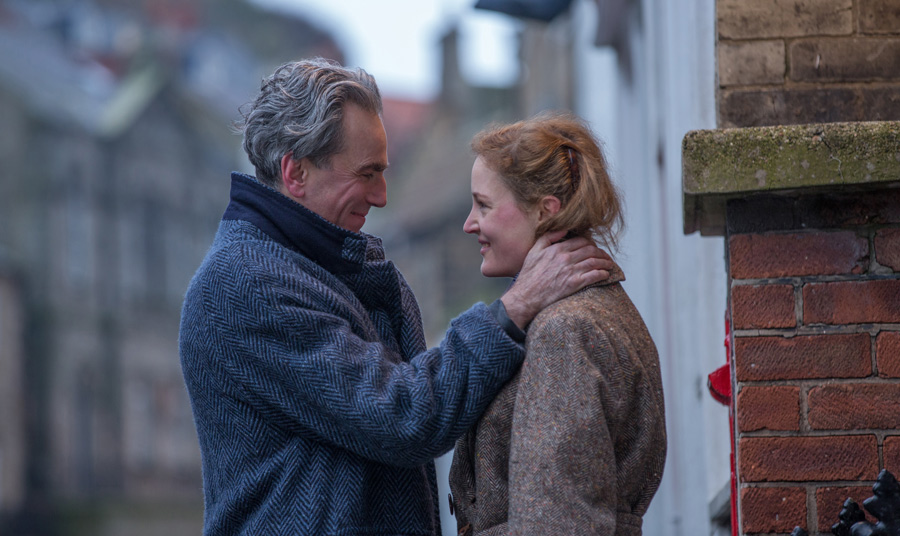 Along with some inspirational cold-weather 50’s fashion, Phantom Thread delights with a raucous New Year’s party scene which, as Peter Bradshaw points out, “creates a feeling of heightened reality, like a dream.” Bringing a healthy dose of holiday nostalgia, Phantom Thread will nonetheless ensure you welcome 2018 in style. If you’re breaking your imminent hibernation for any reason, make it this.

Winter is coming for Ray (Colin Farrell) in In Bruges.

In Bruges, the irreverent winter masterpiece

Bruges, a medieval city in Belgium brimming with charm, is the ideal place for everyone during winter time. Everyone besides Ray (Colin Farrell), who dreads the looming prospect of being stuck there for two weeks while seeking redemption. Lacking the usual formula for a ‘cozy’ film, Martin McDonagh’s In Bruges will be sure to delight with its devilish wit and unapologetic fun, while inspiring your next European holiday destination.

Get In Bruges now on iTunes or at Amazon. 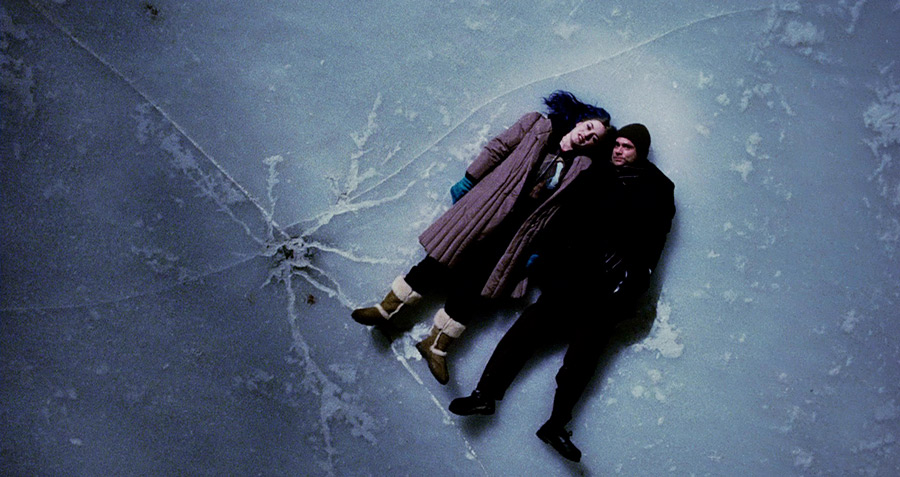 Eternal Sunshine of the Spotless Mind, a timeless story for romance lovers

In Eternal Sunshine of the Spotless Mind, one wintery scene––Joel (Jim Carrey) and Clementine (Kate Winslet) lying on a frozen lake next to a crack in the ice, gazing up at the beautiful starred sky––evokes all the complicated feelings of love and regret, memory and destiny, which have made this sci-fi romance such a masterpiece. The image has become one of the most iconic in film history and the epitome of winter romance.

Get Eternal Sunshine of the Spotless Mind now on iTunes or at Amazon.

While most action in Anna Karenina, Joe Wright’s adaptation of Leo Tolstoy’s grand novel of life in Imperial Russia, takes place inside a Russian theater, the scenes with Levin (Domhnall Gleeson) were shot on real locations. Production designer Sarah Greenwood explains to IndieWire: “he [is the only one who] can pass through this fake world and back into the reality of Russia.” It’s easy to get lost with Levin into the snowy swathes of countryside, or catch glimpses of the outside-world through frosty windows, while Anna (Keira Knightley) and Vronsky (Aaron Taylor-Johnson) move seamlessly between theater sets.

Get Anna Karenina now on iTunes or at Amazon.