When Gaby Dellal’s On a Clear Day hit theaters in 2005, its inspiring story of a middle-aged Scottish man who changed his life by swimming the English Channel resonated with people across the world. Like other socially conscious British comedies of the time (such as Billy Elliot and The Full Monty), On a Clear Day both takes on tough economic realities and transforms them into a crowd-pleasing story. With the Glasgow shipyards shrinking, Frank Redmond (Peter Mullan) finds himself unemployed as well as emotionally distant from wife (Brenda Blethyn) and son (Game of Thrones’ Jamie Sives). Going nowhere in life, he suddenly decides that swimming the English Channel will save him. With the help of his chums (including The Lord of the Rings’ Billy Boyd) and his coach, the local fish-and-chips vendor (Doctor Strange’s Benedict Wong), he sets out to do the impossible.  While the world has changed in the fifteen years since the film premiered, On a Clear Day's inspiring message remains as fresh as ever. “It speaks in a universal language about the need to move forward,” Variety noted.

Watch On a Clear Day as part of Focus Movie Mondays and get inspired by this comedy that went on to move so many others to both tears and action. On a Clear Day streams on May 11 at 5pm PDT on Focus’ Facebook page. Get more information here. Each livestream will include a link to donate to the Entertainment Industry Foundation’s COVID 19 Response Fund.

The official trailer for On a Clear Day.

To get the details right, Dellal painstakingly captured on film the stark beauty of Glasgow and open-sea swimming. Regularly listed as an inspiration by marathon athletes, one swimmer noted, “I was impressed how true to the sport of channel swimming it stayed.” Getting it right, however, proved no easy task. Between managing freezing temperatures, checking for changing water colors and tides, and coordinating swimming doubles, “Shooting on water was a complete nightmare,” Dellal recalled. Neither swimming, nor Scotland, however, inspired screenwriter Alex Rose. It was the feeling he and his wife had dropping their four-year-old son off at school for the first time. “We were in tears,” the writer remembered. Expanding on the ways we deal with loss and getting older, Rose wove together a powerful emotional tale about retaking charge of your life. The story’s main plot point came to him crossing the English Channel for a business trip. Looking down into its freezing waves, Rose thought, “You have to be bonkers to try and swim this.” 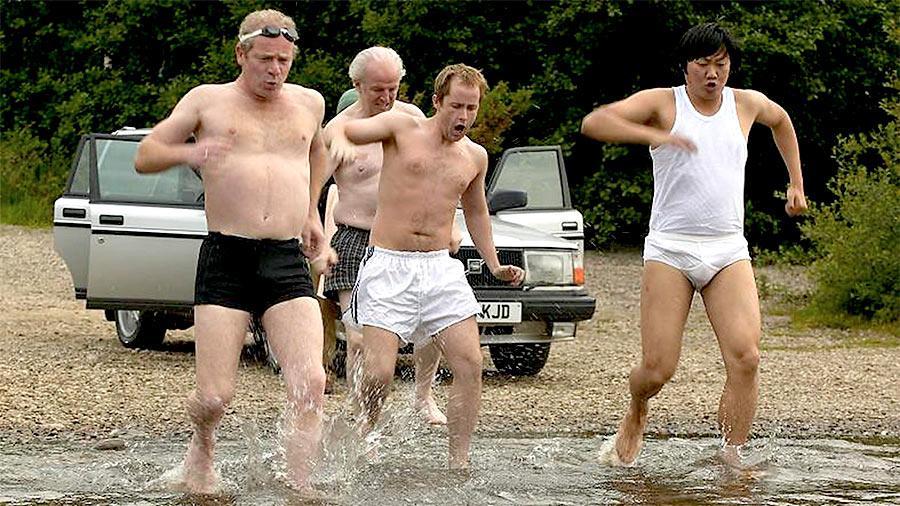 “I have no affinity for a man who swims the Channel,” Dallal thought when she first was handed the screenplay. “Then I read it that night and I couldn’t put it down.” As a young female director, Dallal not only responded to its inspiring core, but believed everyone else would as well. In order to get Peter Mullan to sign on as the lead, she stated plainly in a letter, “If you don't respond to this script, I will kill myself." Thankfully he did respond, as did so many others. Urban Cinefile wrote, “Don't be surprised if a few tears trickle down your cheeks.” The New York Times also added how the film manages “to achieve a surprising degree of emotional traction.” Empire Magazine spotlighted how it concludes with “a perfect ending that will make grown men weep.” In 2006, the film inspired a young athlete to become a swimming legend. Watching On a Clear Day during a flight to Australia completely changed Adam Walker’s life. In his memoir, Man Vs Ocean, Walker writes while watching the movie, “I got a huge shiver down my spine and knew in that moment that this was something I had to do.” He swam the English Channel two years later and then went on to become the first British athlete to complete the Oceans Seven, the world's most grueling swimming event. 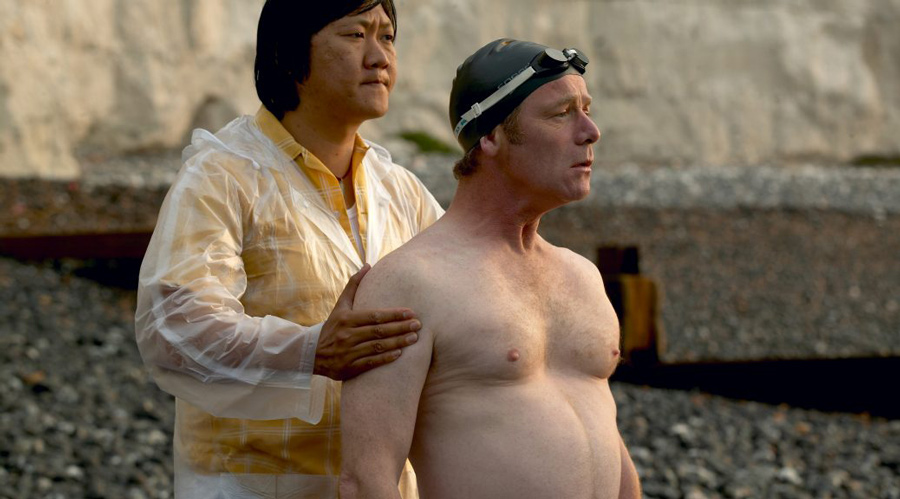 Mullan prepares for his big swim in On a Clear Day.