And four other films adapted from cherished novels

In 1958, Paul Gallico’s novel Mrs. 'Arris Goes to Paris introduced the enchanting title character to the world. In the book, the London charwoman Mrs. Harris falls in love with a Dior gown and becomes determined to go to Paris and get one for herself. The book’s plucky heroine proved so popular that three more novels—Mrs. 'Arris Goes to New York, Mrs. 'Arris Goes to Parliament, and Mrs. 'Arris Goes to Moscow—followed. Having loved the original novel, the writer/director Anthony Fabian wanted to expand Gallico’s charming fable into a full feature film. “The book gives you the bones of the story,” explains Fabian. “Ultimately, I wanted to suggest that Ada Harris’ heart is healed by going on this journey.” With Lesley Manville playing Mrs. Harris and the House of Dior onboard to bring their stunning gowns to the screen, Fabian brought the beloved novel to life.

With Mrs. Harris Goes to Paris in theaters on July 15, we are remembering other remarkable films that transformed beloved novels into unforgettable films. 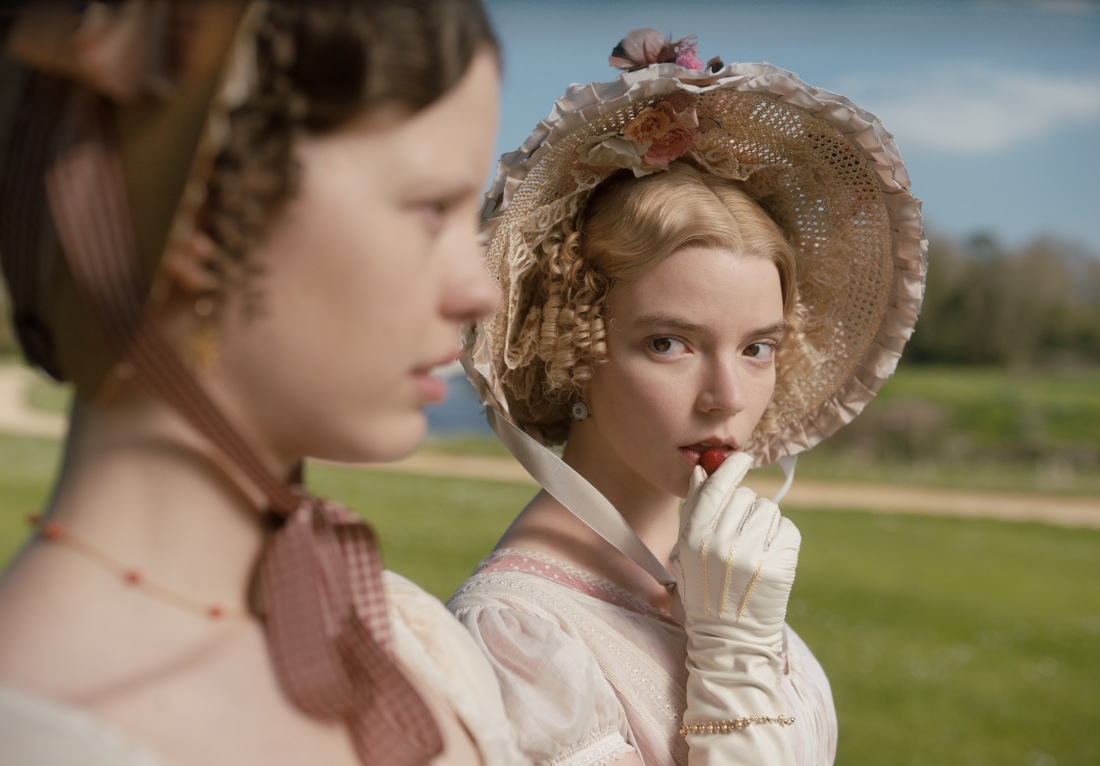 Jane Austen could not have been more wrong when she wrote about her new novel Emma, “I'm going to take a heroine whom no one but myself will much like.” The “handsome, clever, and rich” young woman whose terrible matchmaking skills drive the novel's plot has become one of Austen’s most cherished characters. In adapting the novel to the screen EMMA., director Autumn de Wilde and screenwriter Eleanor Catton—who’d won the Man Booker Prize for her own novel, The Luminaries—highlighted Austen’s sharp-edged wit by presenting the story’s protagonist, faults and all. “I wanted to bring out the humor,” exclaimed de Wilde, “to poke fun at human nature and the hubris of youth.” With Anya Taylor-Joy as Emma, the filmmakers not only retold Austen’s plot, but captured in cinematic terms the feisty spirit that makes Emma (both the book and the character) so delightful. Screenrant sums up EMMA.’s charms by perfectly describing the film as “whimsically nuanced, punched up with vibrant colors, a droll soundtrack, deliciously eccentric performances and a slick self-assuredness akin to the story's eponymous character.” 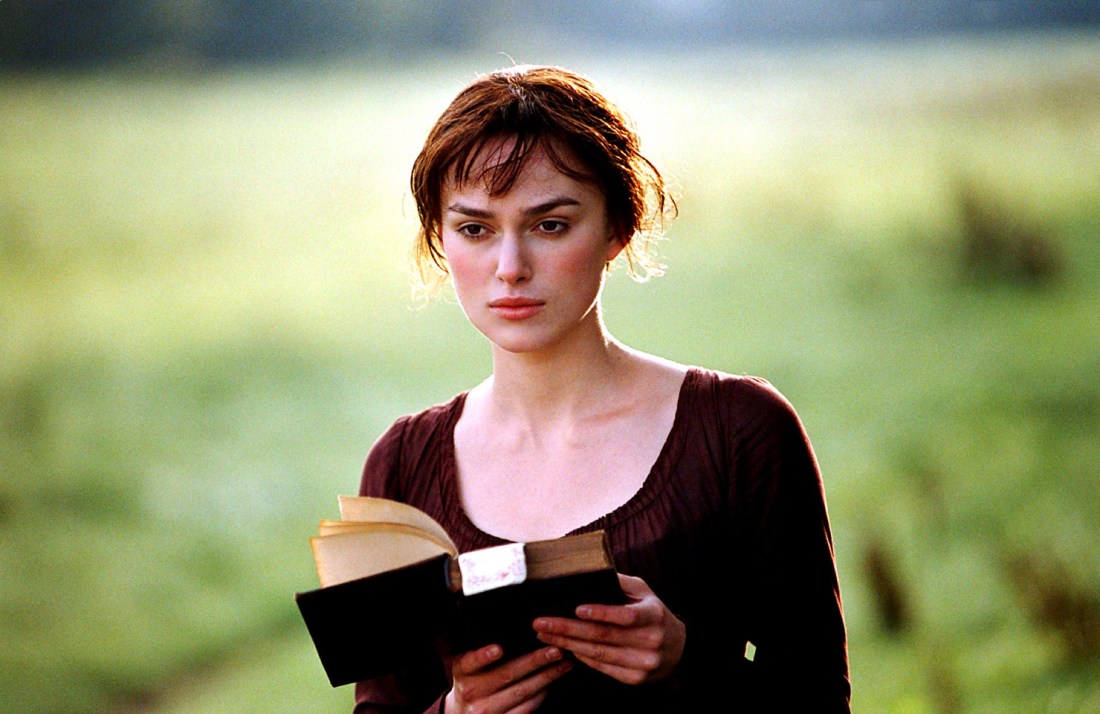 If Emma is Austen’s most delectable tale, Pride and Prejudice is arguably her masterpiece. Voted in a Facebook poll as the fifth most popular book of all time, Pride and Prejudice’s tender romance has bewitched readers throughout history. In his adaptation, Pride & Prejudice, Joe Wright goes beyond just recreating the beguiling romance between Elizabeth Bennet (Keira Knightly) and Mr. Darcy (Matthew Macfadyen) to creating the wider world they lived in. Wright embraces the messy context of the novel’s economic and political reality. The Bennet family struggles to sustain the way of life their class position demands of them. The charming local balls mask a geo-political threat sweeping through Europe. “The French Revolution has just happened and the aristocracy are terrified that the lower classes are going to rise up in arms against them,” explains Wright. “So rather than segregate themselves, they assimilated. That’s why Darcy and Bingley go to that first Assembly dance." In Pride & Prejudice, Wright lets the book open and breath. “Using his trademark long shot, Wright invites viewers into the world of the Bennets,” exclaims Den of Geek, “from the homey, organic mess of the Bennet house to the cheerful chaos of a dance hall, Pride and Prejudice has never felt so lived-in.” 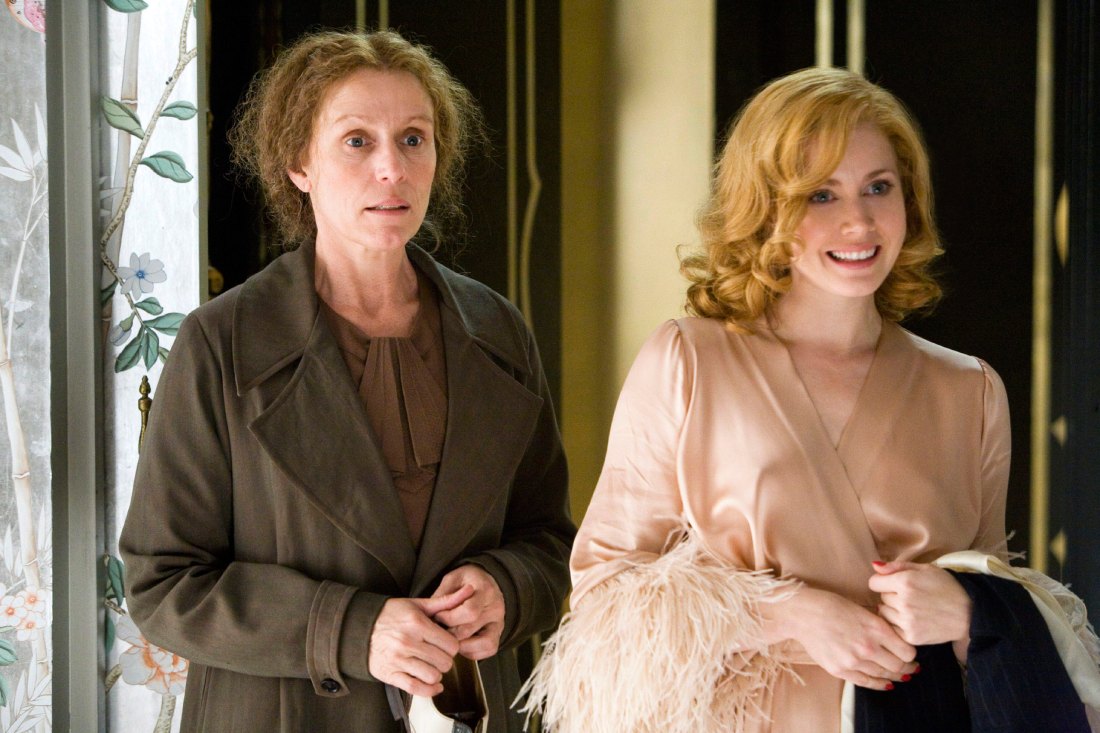 Miss Pettigrew Lives For A Day

In 1938, Winifred Watson, a popular writer of rural romances, remembers how my publishers were "horrified” when she submitted her new novel Miss Pettigrew Lives for a Day. The urban fairy tale of a governess pairing up with a sexy nightclub singer was not at all what they expected from their writer. But the novel's frilly tale of sexy high-jinx was a big hit in both Britain and America. Universal Pictures even bought up the rights to turn the book into a musical. Within a year, however, America entering World War II changed the public’s appetite for tales of nightclubs and negligees. Half a century later, the beloved book lived again in a film. Bharat Nalluri’s adaptation of Miss Pettigrew Lives for a Day with Frances McDormand as the title character and Amy Adams as the glamorous chanteuse, Delysia Lafosse, brought back the unbridled fun readers found in the 1938 novel. Even screenwriter David Magee remembers, “While writing this movie, I would end a lot of days smiling.” His pure pleasure carried through to the film. Calling it “a swell adaptation” of the novel,” The San Francisco Chronicle writes, “Frothy and exuberantly entertaining… it's the best romantic comedy so far this year.”

Watch Miss Pettigrew Lives for a Day on iTunes or Amazon.

Featurette for Miss Pettigrew Lives for a Day 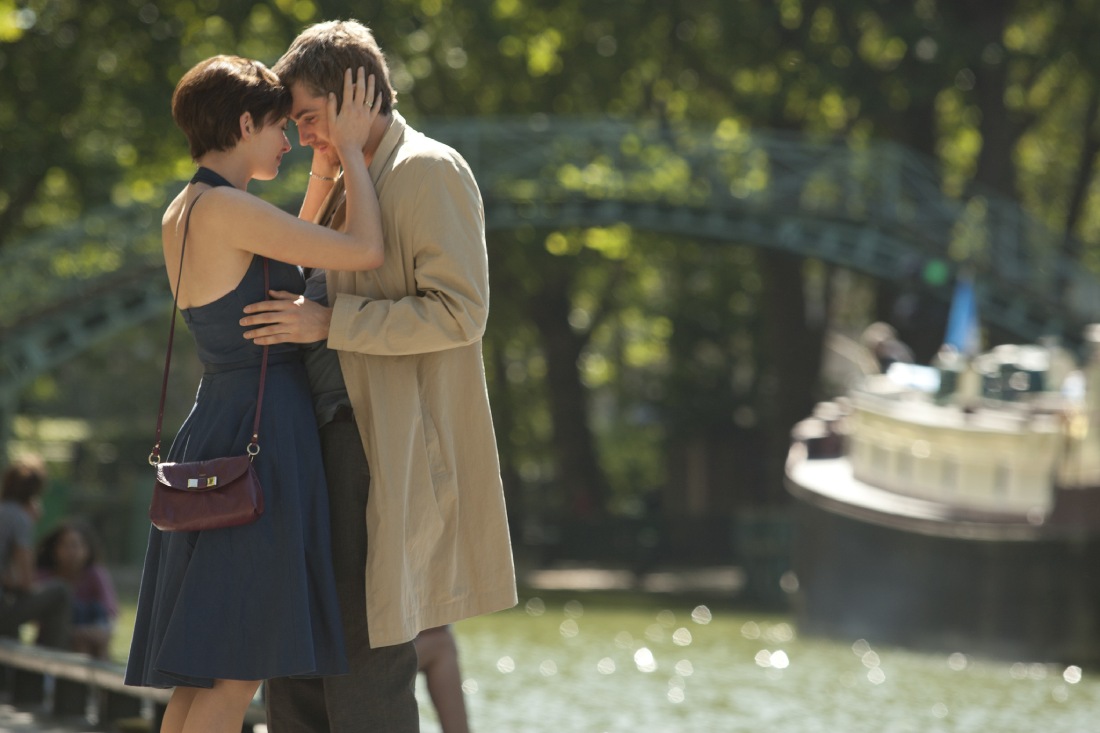 Emma (Anne Hathaway) and Dex (Jim Sturgess) in One Day

When David Nicholls published his novel One Day, he had no idea how his ingeniously plotted story would take the world by storm. Checking in on his two main characters, Emma and Dex, on July 15 for nearly 20 years, Nicholls chronicled the growth of a relationship and touched people’s hearts everywhere. The book became a publishing phenomenon, selling five million copies around the world and winning Britain’s Galaxy Book of the Year. Nicholls, who is also a screenwriter, adapted his novel into a movie. With Anne Hathaway playing Emma and Jim Sturgess as Dex, Lone Scherfig's One Day brought to the screen the funny, fraught, and utterly moving relationship that made so many readers fall in love with the book. As USA Today remarks, “One Day is an aching lovely romance, but it's also an insightful look at human potential and the search for a purposeful existence.”

Watch One Day now on iTunes and Amazon

The official trailer for One Day