The Theory of Everything: Academy Award®-Winning Actor for Focus Features 20th Anniversary

Eddie Redmayne finds both the humanity and genius in Stephen Hawking

When Eddie Redmayne received the Academy Award® for Best Actor for his performance in James Marsh’s The Theory of Everything, he honored the man he portrayed. The award “belongs to one exceptional family: Stephen, Jane, Jonathan and the Hawking children,” exclaimed Redmayne. “I will be its custodian.” His humility in accepting the award was also the key to his success in portraying his character. In bringing the story of the groundbreaking theoretical physicist who was diagnosed with amyotrophic lateral sclerosis (ALS) at 21, Redmayne strove to capture all aspects of the man. As The Independent remarked, “Redmayne gives a brilliant performance: one that captures Hawking’s restless intellectual curiosity, his drive, and humor.” To celebrate Focus Features' 20th year anniversary, we’re showcasing this December exemplary films like The Theory of Everything whose star won the Academy Award® for Best Actor.

Watch The Theory of Everything now on iTunes or Amazon 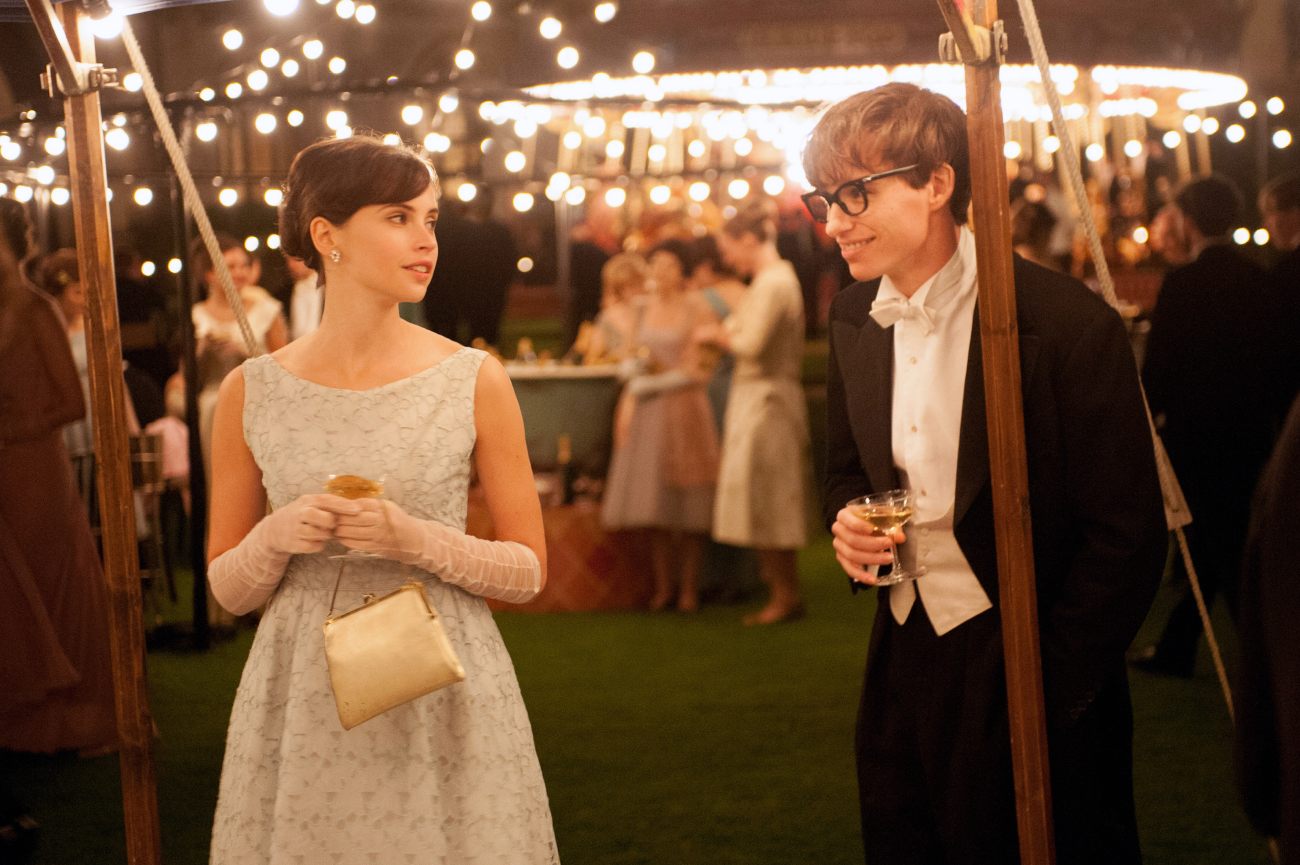 In 2004, screenwriter Anthony McCarten found Jane Hawking's memoir Travelling to Infinity: The True Story Behind the Theory of Everything a unique way to tell the story of Stephen Hawking. Since reading Hawking’s best-seller A Brief History of Time in 1988, McCarten was fascinated by the man, but couldn’t find a way to capture the full complexity of his story. After a long conversation with Jane, McCarten got permission to use her book as the basis for his screenplay. The only problem was finding an actor capable of embodying all that made Hawking iconic.

More than being a brilliant scientist and a man suffering with ALS, Hawking was, as producer Lisa Bruce points out, “a father, a husband, and—under it all—an eternal optimist.” The film traces the full arc of his life with Jane (Felicity Jones) from his romance and marriage to his family life to the dissolution of their relationship. In addition to being able to capture both Hawking’s genius and limitations, the actor needed to show, as McCarten points out, “a man evolving over 25 years, going from being fully functional to having the use of only a few muscles—mainly one hand and some limited facial movement—and having his voice be superseded by a machine’s.” 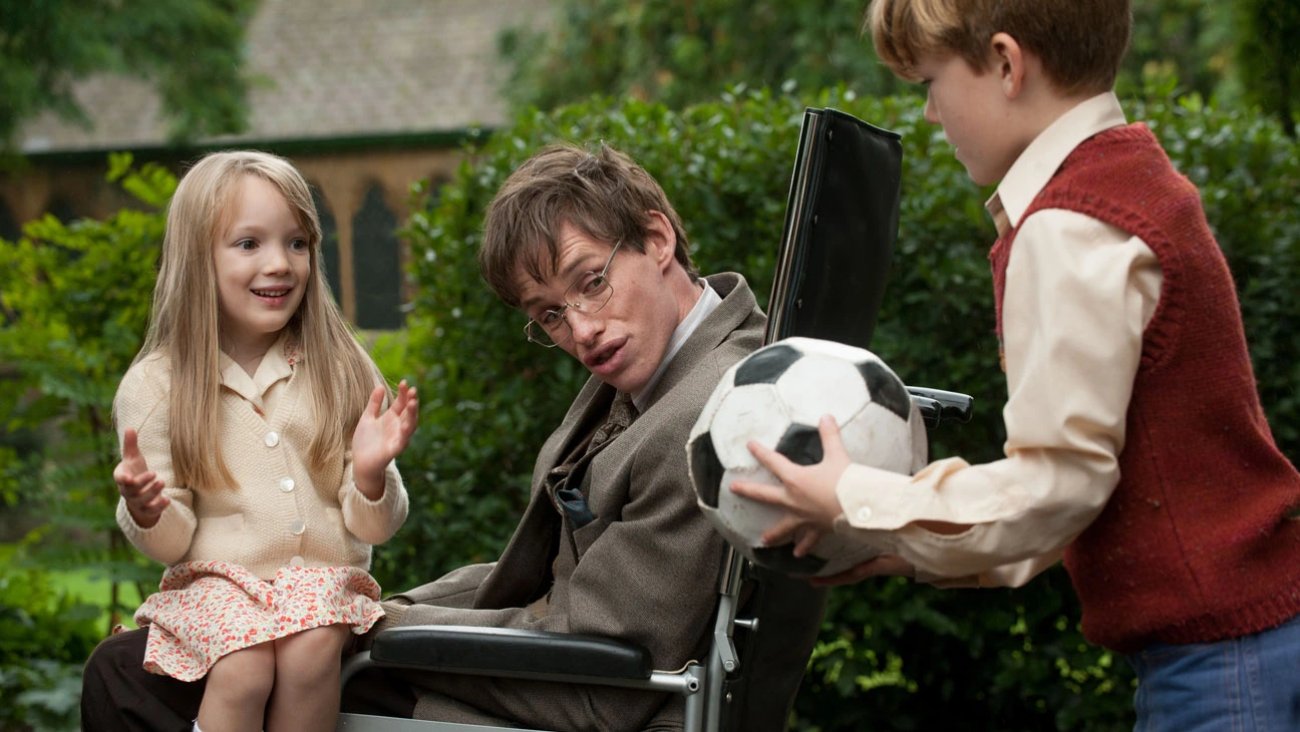 Raffiella Chapman, Eddie Redmayne, and Oliver Payne in The Theory of Everything

In taking on the role, Redmayne treated every aspect, from the physics to the physical, with the utmost attention to detail. To understand the man, Redmayne spent months poring over videos and documentaries to see how he moved and spoke as well as studied all aspects of motor neuron disease to understand the progression of ALS. To understand his mind, Redmayne, who studied Art History at Cambridge, Hawking’s alma mater, took a crash course in Hawking’s work and contemporary physics. For director Marsh, Redmayne’s hard work paid off. “As impressive as the technical elements of Eddie’s performance are, that he brings it all to emotional life is even more so,” Marsh notes.