After winning the Academy Award® for Best Director for Brokeback Mountain, Ang Lee turned to a story that spoke to his past and identity. Adapted from Eileen Chang’s short story, Lee's Lust, Caution explores China during the Japanese occupation through a troupe of activist actors turned spies who target a high-ranking Chinese collaborator in Shanghai named Mr. Lee (Tony Leung Chiu-Wai). Their intricate plans go awry, however, when the young woman (Tang Wei) cast to seduce the political traitor falls for the man. The sultry espionage drama spoken entirely in Mandarin became an international hit, cementing Lee’s reputation as a truly international filmmaker. To celebrate Focus Features' 20th year anniversary as well as Asian American and Pacific Islander (AAPI) Heritage Month, we are showcasing this May the innovative work of AAPI filmmakers, such as Ang Lee’s Lust, Caution.

The official trailer for Lust, Caution.

While Lee’s early films—such as Eat Drink Man Woman and The Wedding Banquet—reflected his Taiwanese upbringing, he soon demonstrated that no subject or genre was beyond his cinematic reach. From repressed 70s suburban desire in The Ice Storm to the American Civil War in Ride with the Devil to a gay love story set against the rugged Wyoming landscape in Brokeback Mountain, Lee seemed to intimately understand all periods and cultures. However, in returning to Asia for Lust, Caution, Lee learned how the familiar can often be the most foreign. “It's harder for me to make Chinese films, because first of all, psychologically, it's more personal. The texture is more personal to me. It just hurts more,” Lee explains.

As an artist, Lee related most to the themes of deception and desire in Chang’s story. Feeling “very much like the girl in this movie,” Lee relates how in film, it is only ‘by pretending, you connect with the true self...My characters are all trying to find the truth about themselves through pretending. To me pretending is filmmaking." Riffing on elegant European love stories, American Noir, and Hitchcock’s Notorious, Lee not only captures a rarely told chapter of Chinese history in Lust, Caution, but explores the ways both passion and power can be creative acts of representation. “Both politics and love may be inseparable from the lies we tell ourselves about them,” writes Slate. 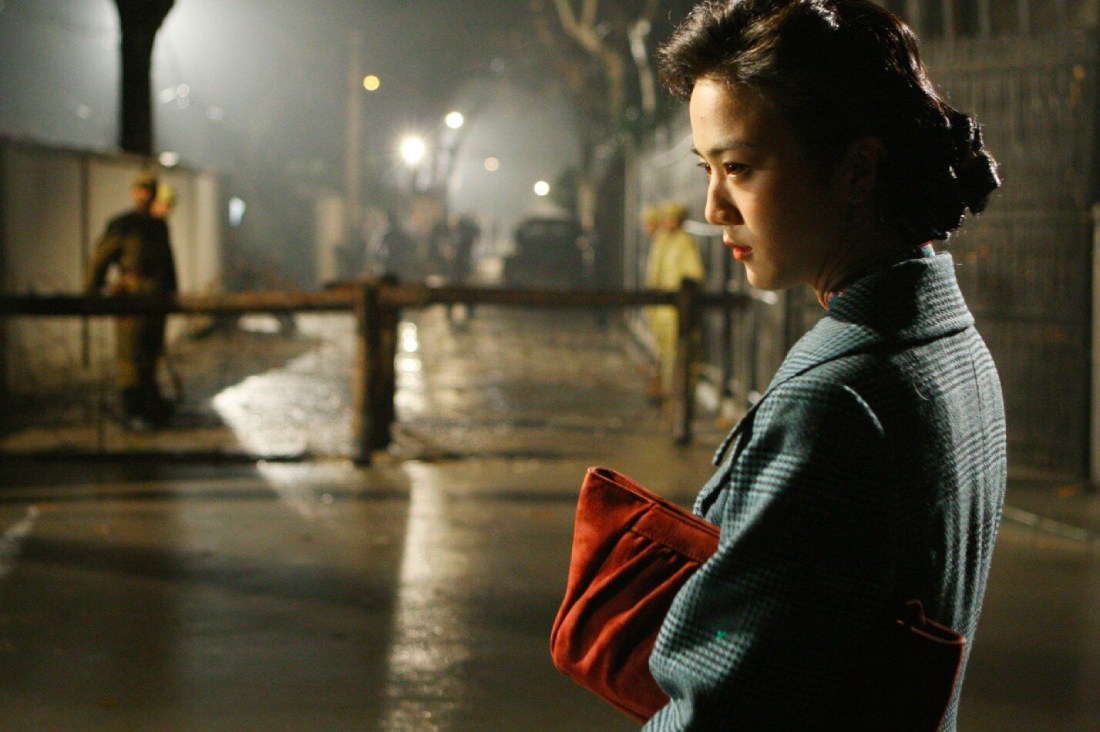 Reframing Chinese history through his cinematic imagination, Lee constructs a universal tale, one that, explains Filmotomy, is able to “tap into the darkness and sexual desires that lie in us all.” Excluded from competing in the Academy Awards because of a technicality, Lust, Caution nevertheless received global acclaim. Lee won the Venice Film Festival’s highest award, the Golden Lion, when Lust, Caution premiered there. Later the film swept Taiwan’s Golden Horse Awards, being nominated in eleven categories and winning seven trophies, including Best Film, Best Director, and Best Adapted Screenplay. Slapped with a NC-17 rating for its frank sexual scenes, the Chinese-language film went on to be an international success, becoming the highest grossing NC-17 film of all time. “It is another resounding success for Ang Lee, whose film-making has such mass and substance,” proclaimed The Guardian. “His movies are like huge, exciting new buildings for us to gather round and wonder at.”