While Edgar Wright’s Hot Fuzz is rated one of the "25 Best British Comedy Movies of All Time" by Complex, it’s also named by Screenrant as “The Best Cop Film Ever Made.” The genius of this second installation of the Cornetto Trilogy is not simply that it is both a comedy and action film, but that Wright and his cohorts artfully make the two dependent on each other. In this high-octane, laugh fest, Simon Pegg stars as top-dog cop Nicholas Angel who has been relocated to the backwater village of Sandford and paired with the dim-witted bobby Danny Butterman (Nick Frost). As these unlikely partners bond, they stumble onto a criminal conspiracy that is both insidious and insane. In the end, Hot Fuzz becomes, as AV Club crowns it, “everything an action-comedy should be. It achieves through parody what most films in the genre can't accomplish straight." To celebrate Focus Features' 20th year anniversary, we’re highlighting this July breathtaking thrillers, like the comedy classic Hot Fuzz.

The official trailer for Hot Fuzz 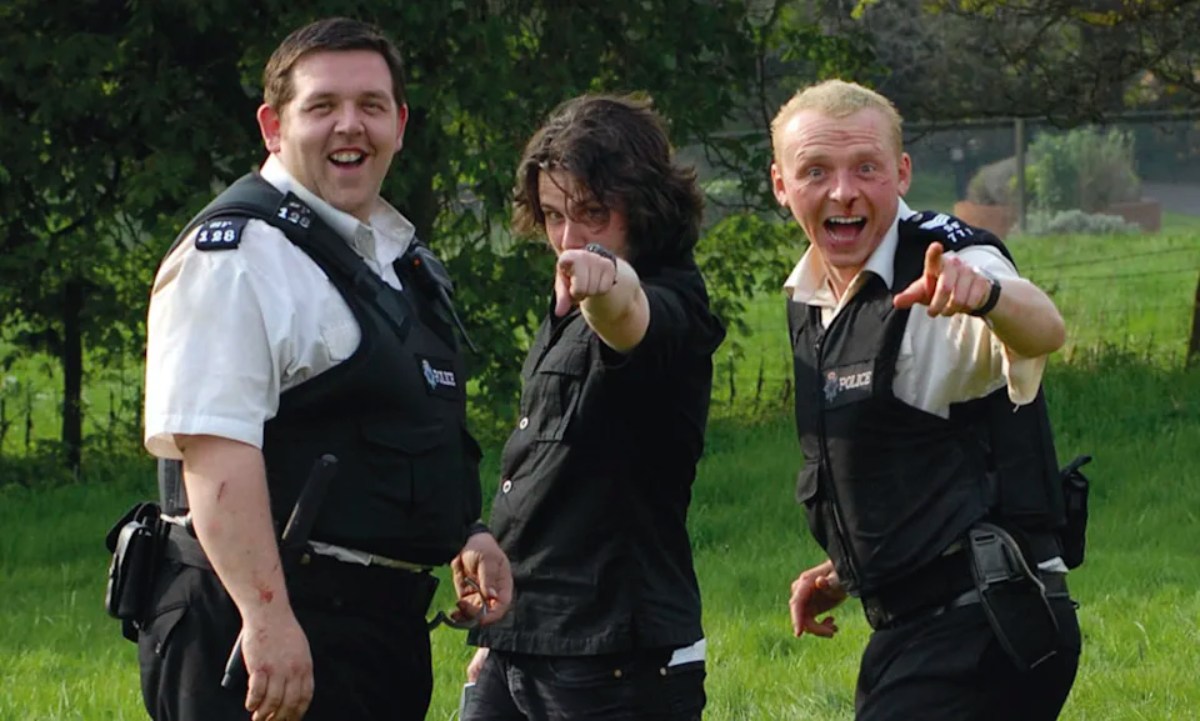 Nick Frost, Edgar Wright, and Simon Pegg on the set of Hot Fuzz

After their zom-rom-com hit Shaun of the Dead, Wright and his fellow screenwriter Pegg turned their fan-boy attention to another genre close to their heart, the action buddy film. To immerse themselves in that explosive world, Wright and Pegg watched (or rewatched) over 138 action movies, from Point Break to Supercop to Bad Boys II. “Those are the kind of films that as a teenager I used to really like,” Wright acknowledges. After breaking down scenes, highlighting explosions, and reveling in the genre's beloved clichés, the two crafted the screenplay for Hot Fuzz. To get the details right for their own story, the two even interviewed over fifty real police officers.

Their intention, however, was not to make another cop flick but to make one that reflected their British and comic sensibilities. “We wanted to make a cop film in the UK, because there isn’t really any tradition of cop films in the UK,” explained Wright. To anchor the story even more locally, the film was shot in Wright’s hometown of Wells in Somerset. “It just seemed like it was the perfect and logical thing to drag those kinds of ideas and those genres and those clichés back to our beginnings to where we grew up,” Pegg notes. The supermarket shootout, for example, took place in the grocery where Wright worked as a teen. The screenwriters even got their moms to show up for cameos in the film. 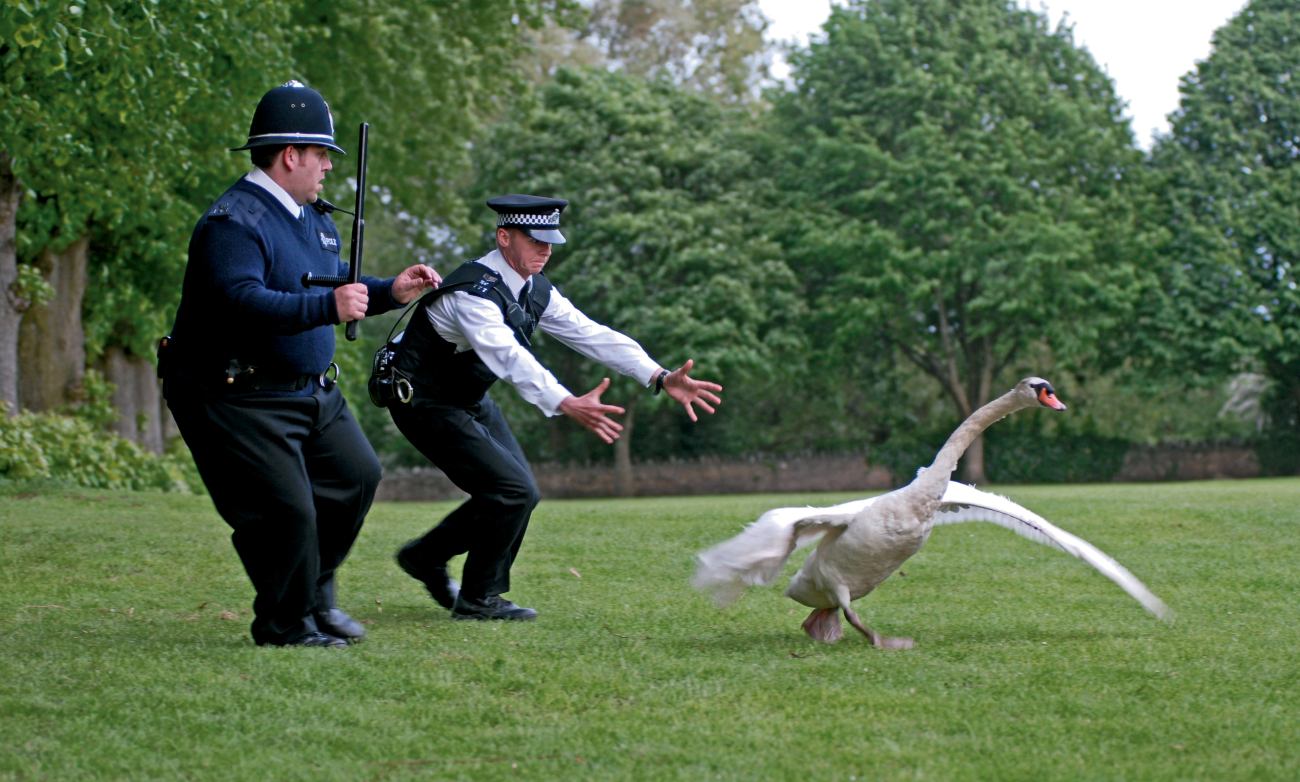 Sharpening the clichés of actions films with their own memories and sense of humor, Pegg and Wright created a thriller that was simultaneously unique and classic. “it’s a superb example of how capable and committed filmmakers can pay exceptional tribute to the things they love,” explains Yahoo! Movies. What gives the film such heart is that the filmmakers love their subjects so much. It demonstrates its awe for action films through, for example, its frenetic Hollywood blockbuster rhythm of using over 5,000 edits. Its actors, including Bill Nighy, Martin Freeman, Jim Broadbent, Paddy Considine, Olivia Colman, and, at least one James Bond, Timothy Dalton, represent an extended family that have appeared—or will appear—in other Wright/Pegg/Frost creations. And its endless jokes about British society embraces its joy in being local blokes. The movie, explains The New Yorker, “doesn’t so much spoof the action-thriller genre as pay it prolonged homage, in the most inappropriate of settings; along the way, it finds time to anatomize the peculiar lusts and lunacies of modern England.”