The heart of Michel Gondry’s Eternal Sunshine of the Spotless Mind is Charlie Kaufman’s ingenious screenplay. When Joel Barrish (Jim Carey) learns his girlfriend, Clementine Kruczynski (Kate Winslet), has gone to the biotech firm Lacuna to have her memory of him erased, he decides to do the same. In being forced to relive the moments of his past romance, however, Joel realizes how love, no matter how painful, is invaluable and irreplaceable. Turning this high-concept sci-film into a personal tale of heartbreak and romance made Kaufman, according to Entertainment Weekly, “the most exciting screenwriter in America by doing something that most writers only dream of: He gets the audience addicted to the freedom and craziness of his mind.” To celebrate Focus Features' 20th year anniversary, we’re highlighting this August remarkable films like Eternal Sunshine of the Spotless Mind, which won the Academy Award® for Best Original Screenplay in 2005.

Watch Eternal Sunshine of the Spotless Mind on iTunes or Amazon 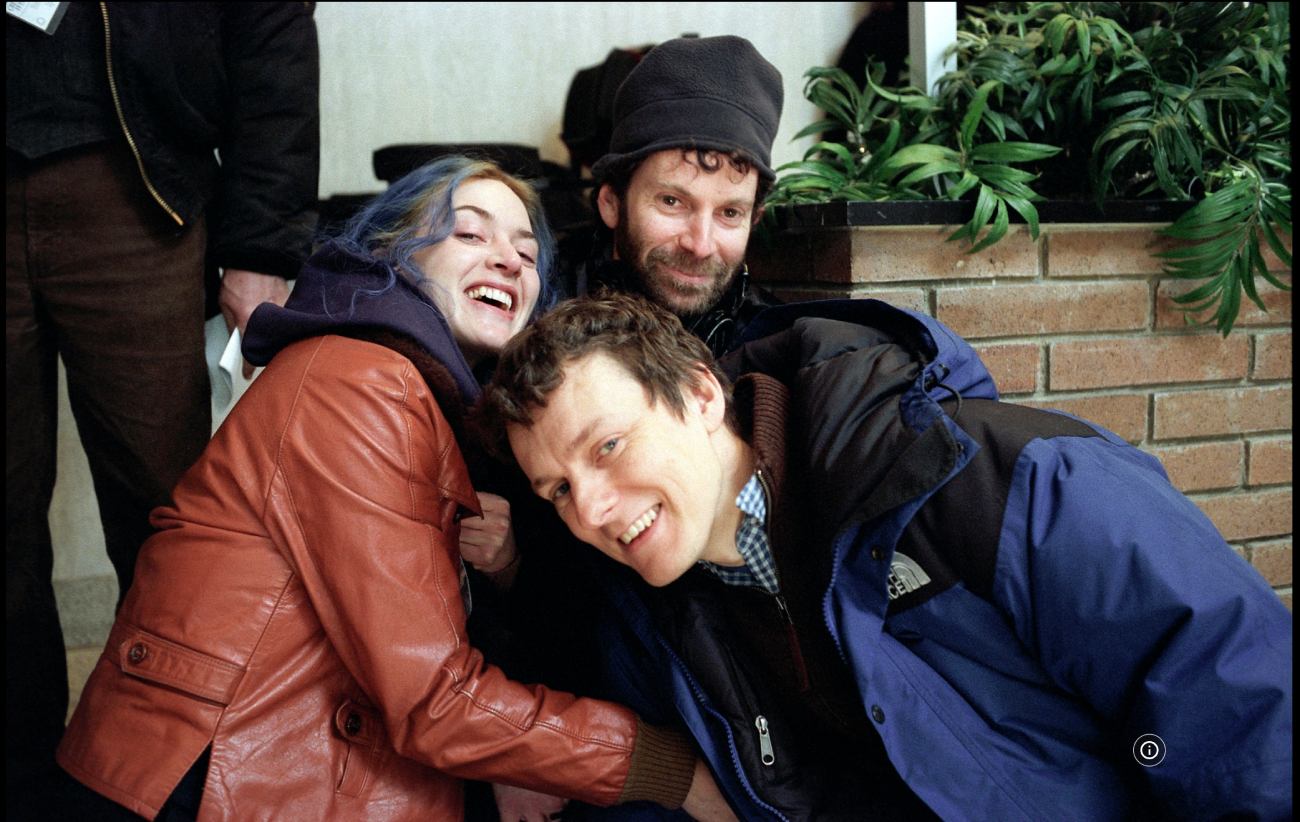 Kate Winslet, Charlie Kaufman, and Michel Gondry on the set of Eternal Sunshine of the Spotless Mind

The concept of Eternal Sunshine of the Spotless Mind started off as a telephone conversation. The French artist Pierre Bismuth, who’d listened to a good friend repeatedly complain about her boyfriend, jokingly suggested she could erase him from her mind if such technology was available. Bismuth forwarded the idea to director Michel Gondry who then suggested it to Kaufman, who transformed it into a big-idea script pitch to sell to a studio. While the film’s sci-fi concept had an immediate appeal, Kaufman wanted his screenplay to stay very close to the internal life of his characters. “I recognize that there’s fantasy in it," Kaufman explains. "I just want to try to make that as real as I can so that it’s not an issue for the audience.” 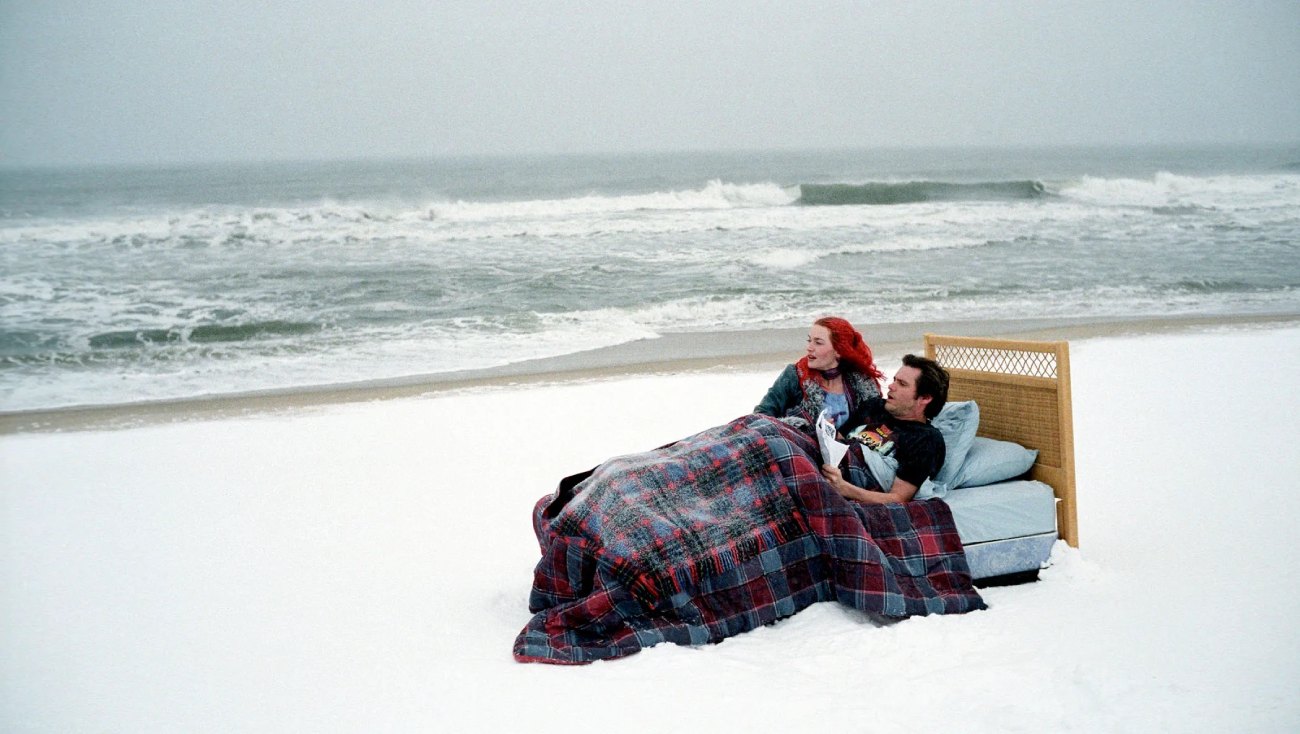 Grounding the fantastic in the everyday details of heartbreak allowed Kaufman tells his story in many genres at once. For those intellectually inclined, Eternal Sunshine of the Spotless Mind illustrates the philosophies of Friedrich Nietzsche, Immanuel Kant, Henri Bergson, and many more thinkers. For the ingenious way it links “the ethics of using advanced technology and the power of destiny,” IGN ranked it as one of the “greatest sci-fi movies ever made.” And The Guardian listed it as the eighth “best romantic film of all time” for making “love seem like the most precious thing in the world.” In fact, Bustle dubbed the story, which takes place on February 14, “the perfect V-Day film.”

The miracle of Kaufman’s screenplay is the way it allows so many ideas, genres, plot lines, and characters to orbit around each other while simultaneously keeping the viewer grounded in character’s experiences. The screenplay, notes Entertainment Weekly, “keeps whirling the audience into new and unexpected dimensions, yet you never question where you are, because there’s an uncanny, seductive logic to every twist.” Moreover, Kaufman skillfully corrals all this cerebral chaos and time-shifting action towards an inevitable and coherent conclusion. This is, for The Hollywood Reporter, Kaufman’s great triumph: “The third act works like a charm and pulls all his themes, characters and conflicts together beautifully.” 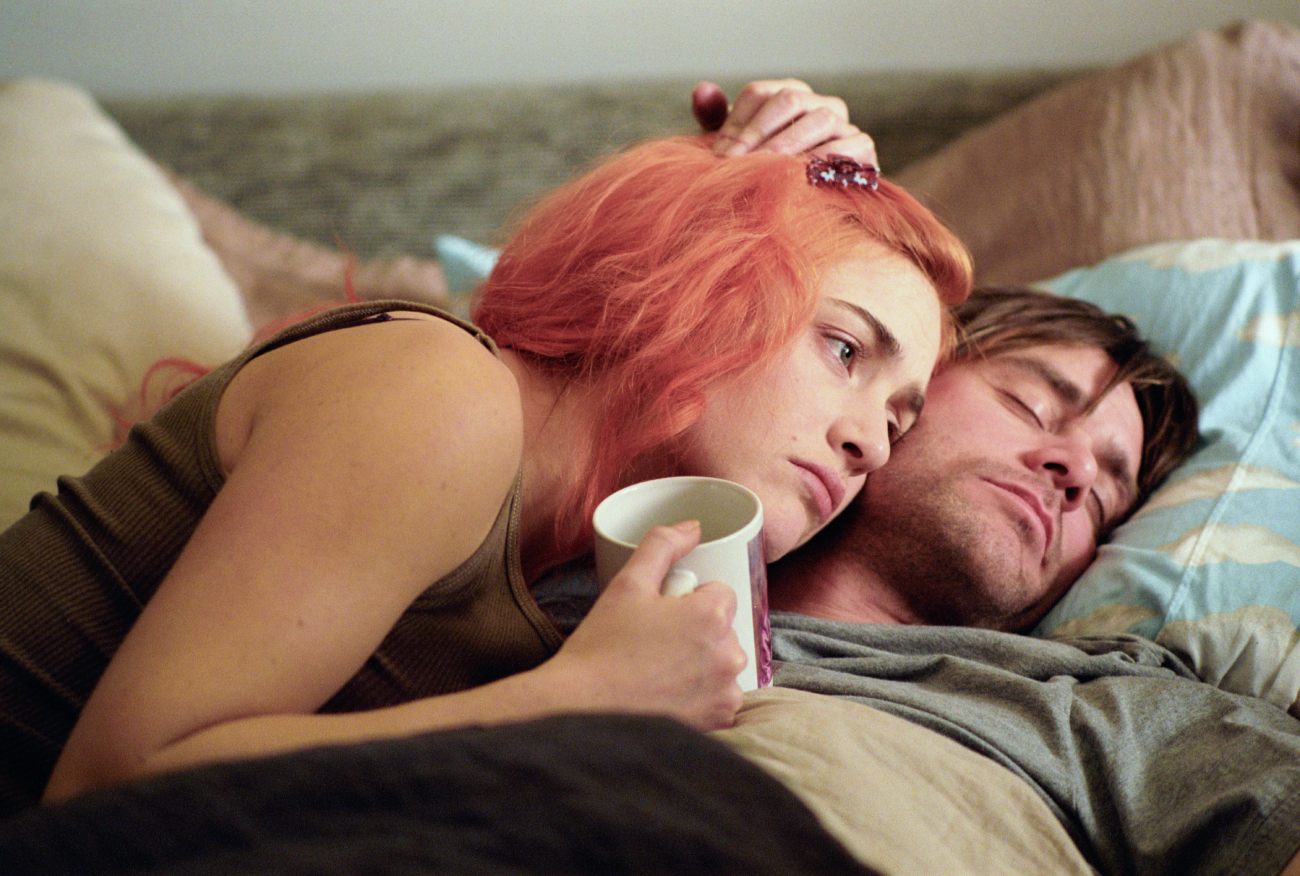 While one admires the intellectual agility and writerly skill that Kaufman demonstrates to keep all his balls in the air, what makes people ultimately love the film is its heart. Looking back fifteen years after the film was first released, Vanity Fair asks, “Why Eternal Sunshine of the Spotless Mind Still Resonates?” “The film is undeniably a fantasy,” the magazine concludes. “But the feelings that Eternal Sunshine evokes couldn’t feel more grounded in the real devastation of a lost love.” And while the film follows its own surreal path, “no one has Kaufman’s radar for emotional truth at the farthest reaches of the absurdist galaxy,” explains Slate.