Spend This Thanksgiving With Buddy And His Family In Belfast

And four other family films from Focus

This Thanksgiving, many families will give sincere thanks for being able to celebrate their feast together and in-person after a difficult period. In Belfast, Kenneth Branagh tells a similar story of a family dealing with troubled times, specifically his experience growing up in Northern Island in the 60s during the political turmoil known as The Troubles. Buddy (Jude Hill), an irrepressible 9-year-old boy, finds his perfect world of Saturday matinees, hanging out with loving grandparents (Judi Dench and Ciarán Hinds), helping his Ma (Caitríona Balfe) while his Pa (Jamie Dornan) is working in England, and falling in love for the first time, is forever changed by the turmoil. Making his film during the pandemic, Branagh came to recognize how much his tale mirrored recent events, “how it was also about a different kind of lockdown, inside the barricades at the end of our street in 1969.” And how much his family mattered in both situations.

Despite such troubled times, the profound love that Buddy’s family demonstrates resonates through the film. As Good Morning America exclaims, “There’s no way to watch Belfast without letting Buddy’s family become your own.” This Thanksgiving, join Buddy’s exuberant family in the theater and check back these other beloved Focus families.

Get tickets to Belfast now. 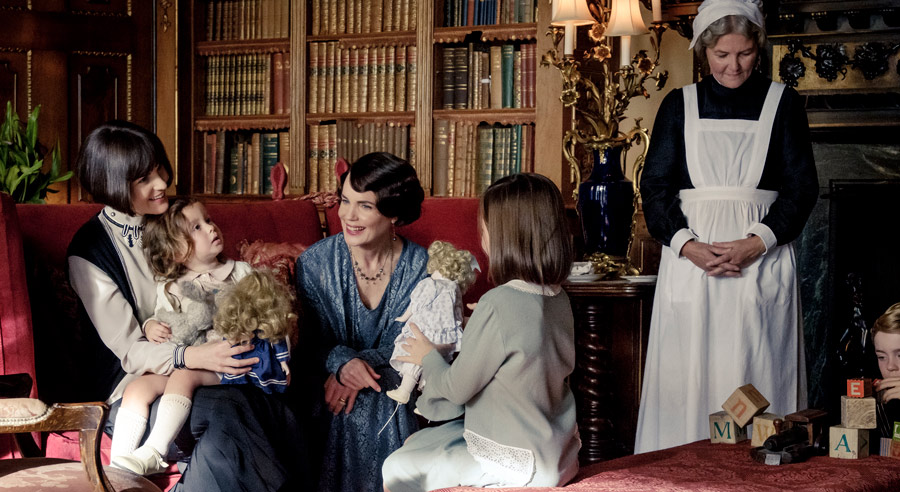 With Downton Abbey: A New Era in theaters on March 18, sit down this Thanksgiving to catch back up with the Crawleys in Michael Engler’s film Downton Abbey. Bringing back the actors from the hit series — including Maggie Smith, Hugh Bonneville, Michelle Dockery, Jim Carter, and Joanne Froggatt — had for Engler “the atmosphere of a family reunion, in the best sense.” After all, as creator and writer, Julian Fellowes remarked, “the story of these great houses was always the story of the family.” In the film, the family pulls out all the stops as the King and Queen of England stop by Downton for a visit. As the world changes around the esteemed estate, the people of Downton Abbey remain loyal to each other, very much like a family. “Downton has survived wars and pandemics, and the family itself has weathered unspeakable tragedy and scandal,” explains Salon. “Yet they remain devoted to a way of life steadily being swept aside by progress, supporting the men and women who work for them and the villagers surrounding the manor.”

The official trailer for Downton Abbey. 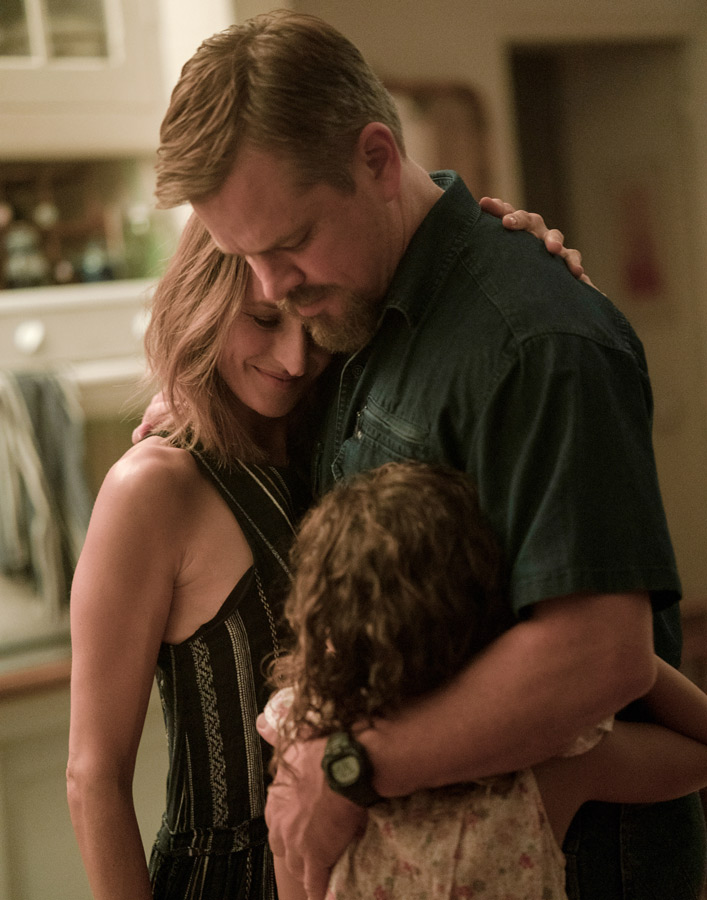 In Stillwater, Academy Award®-winning writer/director Tom McCarthy dramatizes a family tragedy to explore the world we live in now. Bill Baker (Matt Damon), an Oklahoma oil roughneck, flies to Marseille to hopefully exonerate his daughter, Alison (Abigail Breslin), who is in prison for a murder she says didn’t commit. When his America First attitude only makes things worse, Baker is forced to step back and re-examine his identity. Moving in and befriending a local, Virginie (Camille Cottin), and her daughter, Maya (Lilou Siauvaud), Baker gains the distance, both geographic and cultural, to rethink his role as a father and an American. “It’s an unlikely dynamic that strikes the movie’s most sentimental chord,” notes The Film Stage, “offering Bill a second chance at fatherhood, and at supporting a new family as he reclaims his own.” For McCarthy, “The questions the movie poses about American identity and moral authority are what compelled me to make this film.” In the process, the film looks not only at what tears us apart, but what might bring us back to the table as a nation. 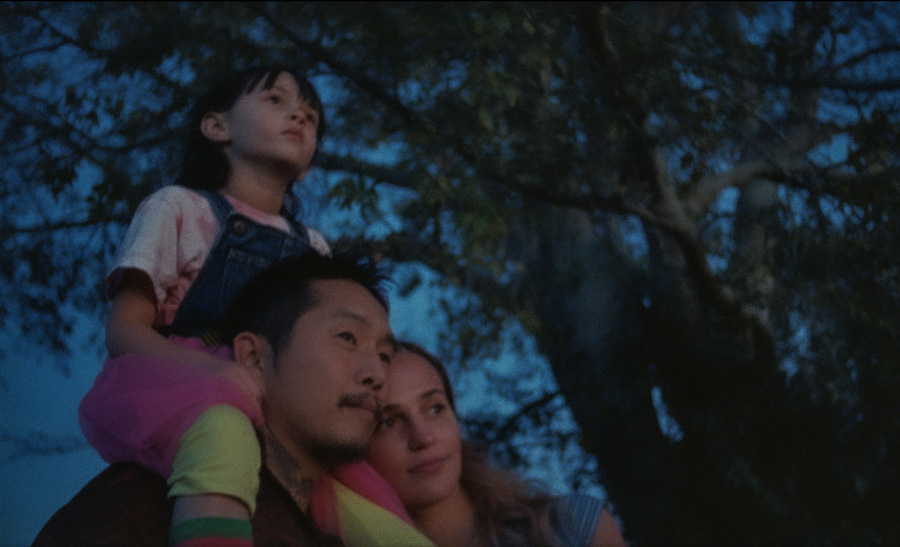 Inspired by real and tragic immigration stories, Writer/director Justin Chon crafted a moving story about an American family faced with an impossible challenge in Blue Bayou. Adopted by American parents as an infant, Antonio LeBlanc (Chon) had no idea he was not an actual citizen until a legal issue threatens to deport him back to Korea. Despite having a wife, Kathy (Alicia Vikander), who is pregnant with their child, and being a father to a child, Jessie (Sydney Kowalske), from his wife’s earlier marriage, LeBlanc has no right to stay in the country. For everyone, the heart of this story is a family. "Antonio's is a fundamentally human story, shining light on the real families that suffer from rigid and dehumanizing immigration policies," exclaims Salon. For Chon, “this is a story about Antonio and Kathy and them trying to keep a family together in the face of dealing with this. 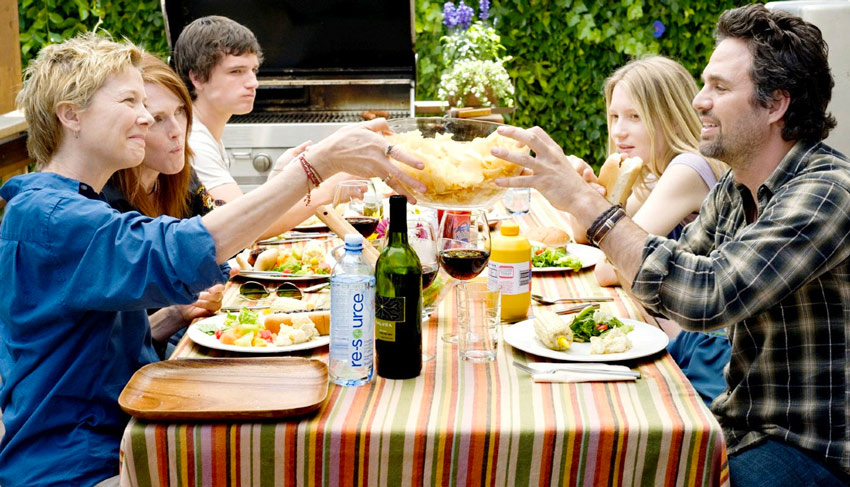 A family meal in The Kids Are All Right.

The Kids Are All Right | The Allgoods

Nominated for four Academy Awards®, including Best Picture, Lisa Cholodenko's The Kids Are All Right reaffirms that nothing is more important — or complicated — as one’s family. “Witty, urbane and thoroughly entertaining, The Kids Are All Right is an ode to the virtues of family,” extols The Los Angeles Times. Nic (Annette Bening) and Jules (Julianne Moore) and their two children — Joni (Mia Wasikowska) and Laser (Josh Hutcherson) — have a comfortable life in Southern California until the kids invite their sperm-donor dad (Mark Ruffalo) for dinner. As high jinks ensue, the whole family fears the security of their family is slowly being eroded if each doesn’t do something to reaffirm its importance. For New York Times film critic A. O. Scott, “Whatever the facts of your own family life, you're likely to see some of it reflected in this wonderful movie.”

Watch The Kids Are All Right on iTunes or Amazon.

The official trailer for The Kids Are All Right.