Spirited Away: The #FocusBookClub Meets The Little Stranger

Before seeing the movie when it opens in theaters August 31, lose yourself in Sarah Water’s haunting novel

On first reading Sarah Waters’ 2009 novel The Little Stranger, film producer Gail Egan “fell in love with the world and characters that Sarah had created—it was a riveting read.” For the last twenty years, Waters has gained high literary praise for her unique talent in recreating period stories in a way that feels both authentic and immediate. Set in post-World War II England, The Little Stranger unravels the strange happenings at a decaying estate. In a tone that agilely shifts between psychological drama and supernatural suspense, Waters weaves a rich tapestry of fascinating people. In bringing Water’s novel to the screen, director Lenny Abrahamson  distills the novel’s multilayered tone into a haunting movie about a world out of balance.

Before Abrahamson’s film The Little Stranger opens on August 31, crack open Waters’ acclaimed novel. Tell us what you think on social with #FocusBookClub. 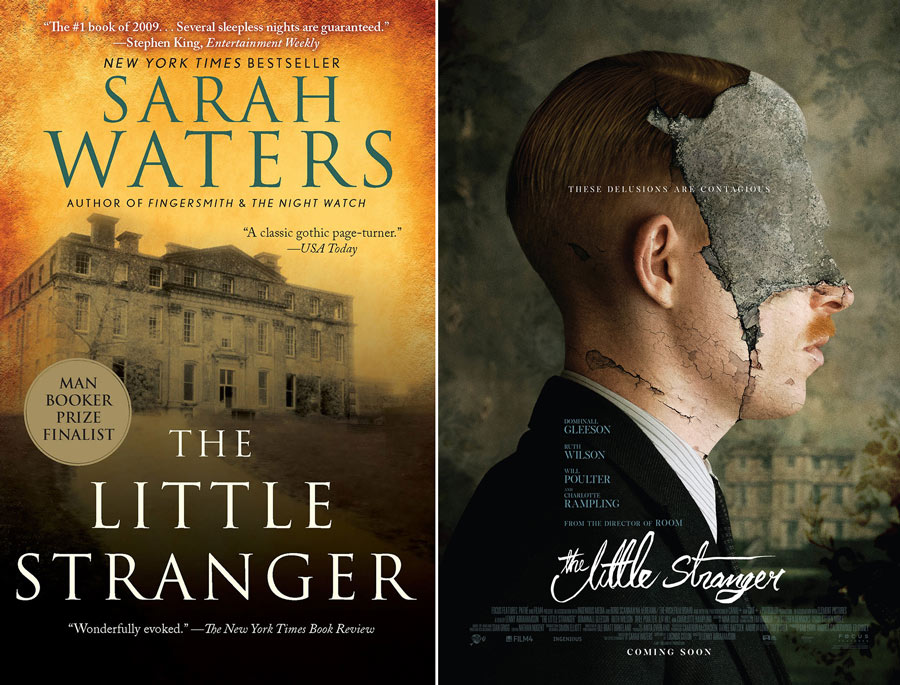 Having explored England just after World War II in her novel The Night Watch, Sarah Waters wasn’t quite ready to leave that world when she started on The Little Stranger. She found the seismic social changes happening during that period a fascinating subject, especially in the way the landed gentry suddenly felt imperiled by forces they could not understand. “A haunted house story struck me as a good way” to explore “that tension and turmoil,” Waters explains. Told from the perspective of Dr. Faraday, who grew up in a working-class family that could only glimpse that world of privilege from afar, the novel follows the fate of the aristocratic Ayres family. As their great estate Hundreds Hall begins to fall into ruin, each of them also begins to fall apart, as if possessed by a malevolent spirit. The novel, which was shortlisted for the Man Booker Award, became a literary sensation. Writing for Entertainment Weekly, Stephen King made The Little Stranger #1 on his list of Books to Read in 2009, promising that “several sleepless nights are guaranteed.” 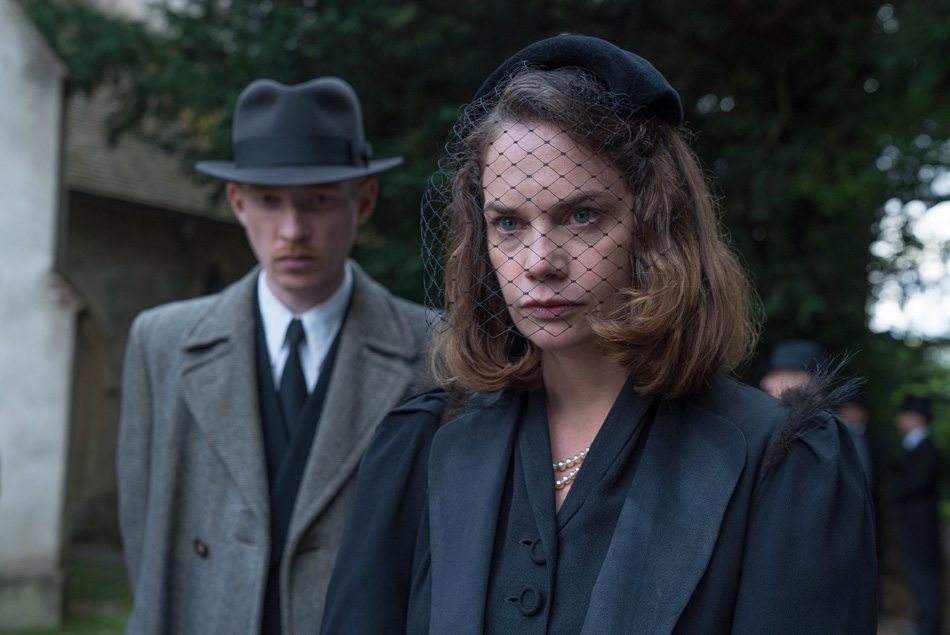 Domhnall Gleeson as Dr. Faraday and Ruth Wilson as Caroline Ayres in The Little Stranger

After releasing his Academy Award®-nominated film Room, director Lenny Abrahamson returned to a project that had haunted him since he'd read Sarah Waters' novel. Working with The Danish Girl screenwriter Lucinda Coxon, Abrahamson brought to the screen Waters’ chilling world of crumbling aristocracy and family drama. With Domhnall Gleeson playing Dr. Faraday, Charlotte Rampling was cast as the mother, Mrs. Ayres, and Ruth Wilson and Will Poulter became her adult children, Caroline and Roderick. The film follows Faraday, who, recognizing the terrible changes that have occurred to the Hundreds Hall of his memory, tries “to heal the family and heal the house," explains Gleeson. “We follow him as things get darker and stranger.”

"... even more than on my first visit, I had an impression of the house being held in some sort of balance. One could see so painfully, I thought, both the glorious thing it had recently been, and the ruin it was on the way to becoming."

“Books don’t seamlessly flow into films – there’s an awful lot of re-conceiving that you need to do,” Abrahamson acknowledges. That was especially true for Hundreds Hall, which, as the director points out, “is also a character in the film.” In the novel, Hundreds was woven out the many details and observations Waters culled from her extensive research and travels. In the movie, the filmmakers needed something a bit more substantial. To show Hundreds Hall in both its glory and ruin, the filmmakers used two different estates. An eighteenth-century manor called Langleybury represented Hundreds in decline. To show the estate at its zenith, production designer Simon Elliott  found another, architecturally similar building, Newby Hall, which “was immaculate as were its extensive, beautiful gardens.”

In her novel, Waters wanted to suggest the possibility of supernatural forces without ever spelling them out, let alone showing them. Dr. Faraday, the novel’s first-person narrator, never witnesses anything directly. He only hears stories from people whose own mental fitness grows less reliable as the novel continues. Having to show the idea of haunting as a filmmaker, Abrahamson deftly uses the language of cinema to deepen the shadows on the walls and amplify the noises emanating from the beyond. “You feel you are being haunted by something, but you don’t really quite know whether it could be something supernatural, and that’s very interesting,” explains Rampling. Abrahamson lets the viewer decide what is actually happening. “It’s an unusual hybrid of acute social observation, a psychological investigation of character, and a ghost story” he explains.