And four more films filled with upstairs/downstairs conflict and camaraderie

In Simon Curtis’ Downton Abbey: A New Era, the Crawley family and their household enter a rapidly changing world, one of French chateaus and Hollywood stars, of old romances and new opportunities. Created by Julian Fellowes, the Downton Abbey television series and films have followed the Crawleys and their staff from 1912 until the end of 1920s, chronicling along the way how the family navigates the ever surprising 20th century. Fashion, music, and fortunes may change, but the magic chemistry that makes everyone at Downton—from Lord Grantham (Hugh Bonneville) to a livered servant—an essential part of the story remains the same. “What Julian [Fellowes} does so well is give everybody a dignity and a humanity, whether they’re young or old or whatever their job or class is,” acknowledges A New Era director Simon Curtis. “People the world over respond to that.” In Downton Abbey: A New Era, beloved characters mark both joyous and tragic milestones in their lives, and the spirt of the estate lives on.

With Downton Abbey: A New Era coming theaters on May 20, we pay tribute to the other dramas of grand houses, those upstairs/downstairs tales where intrigue lays around every carpeted corner and the dynamic between the gentry and the servants is always up for negotiation. Every grand home tells a different story in which anything from murder to marriage can happen. The only real crime is not being properly dressed for dinner.

Get tickets for Downton Abbey: A New Era now!

The official trailer for Downton Abbey: A New Era 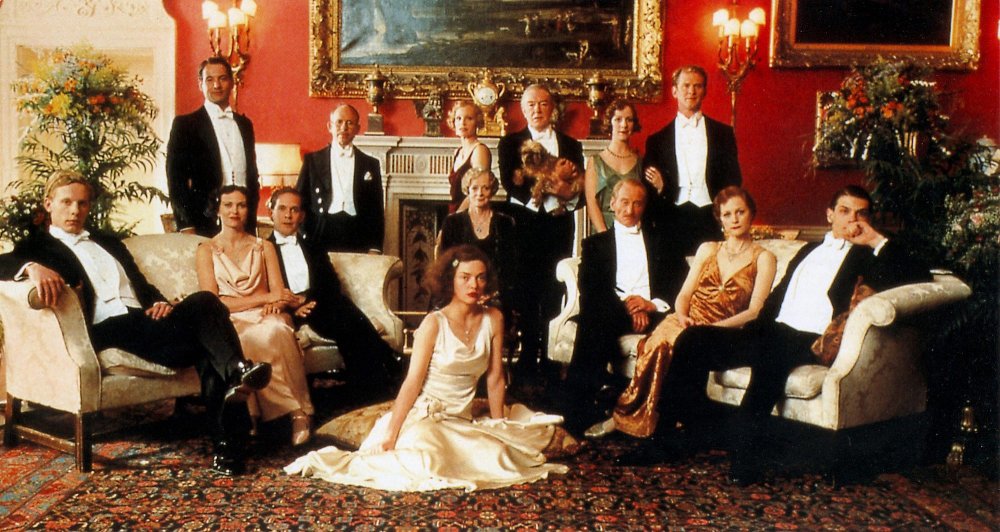 Before creating Downton Abbey, Julian Fellowes wrote the Academy Award®-winning screenplay for Gosford Park. Robert Altman directed the star-studded satire in which a weekend of hunting at a famous estate in the 1930s turns homicidal and the upstairs and downstairs come together to be investigated by the bumbling Inspector Thompson (Stephen Fry). The cast (which includes Maggie Smith, Clive Owen, Helen Mirren, Michael Gambon, Emily Watson, Bob Balaban, and more) hilariously reveal the esteemed estate to be, in the words of The New York Times,  “a Darwinian shark tank of money grubbing, social climbing and scurrilous gossip in which upstairs and downstairs are treacherously intertwined.” More than simply throwing shade on the class system, Altman and Fellowes exploit the cozy mystery genre for its many comic possibilities. As Entertainment Weekly exclaimed, the film is “a succulent and devious drawing-room mystery that, in its panoramic way, takes a puckish pleasure in scrambling and reshuffling the worlds of upstairs and downstairs.”

The official trailer for Gosford Park 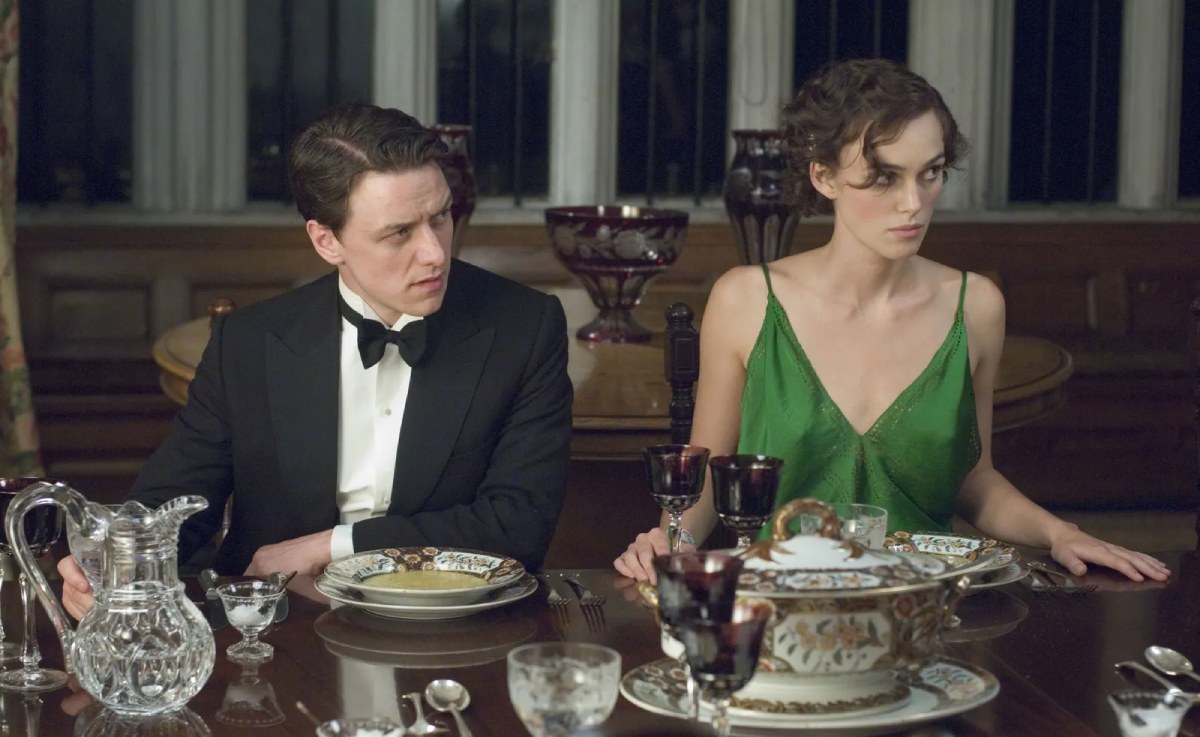 Joe Wright’s acclaimed adaptation of Ian McEwan’s novel Atonement visits the opulent world of the English leisure class in the 1930s to observe how terribly wrong entitlement can go. The first scenes, “set on the Tallises' lavish country estate during a sweltering summer in 1935, are dazzling,” exclaims Newsweek. “The beauty of this aristocratic prewar world seduces our senses just as the tricky, steel-trap storytelling engages our minds.” The housekeeper’s son, Robbie (James McAvoy), whose Oxford education was funded by the Tallis family, falls into a messy flirtation with the oldest daughter, Cecilia (Keira Knightley). When the younger daughter, Briony (Saoirse Ronan), misconstrues their dalliance, her family's name and class privilege gives an unquestioned authority to her false allegations, thus setting off a series of irreversible and tragic consequences. As Wright points out, “Robbie's story is that of a working-class boy whose life is often at the mercy of the snobbery of an upper-class family,” despite the glamorous image it first suggests.

Briony (Saoirse Ronan) misinterprets what she sees in Atonement. 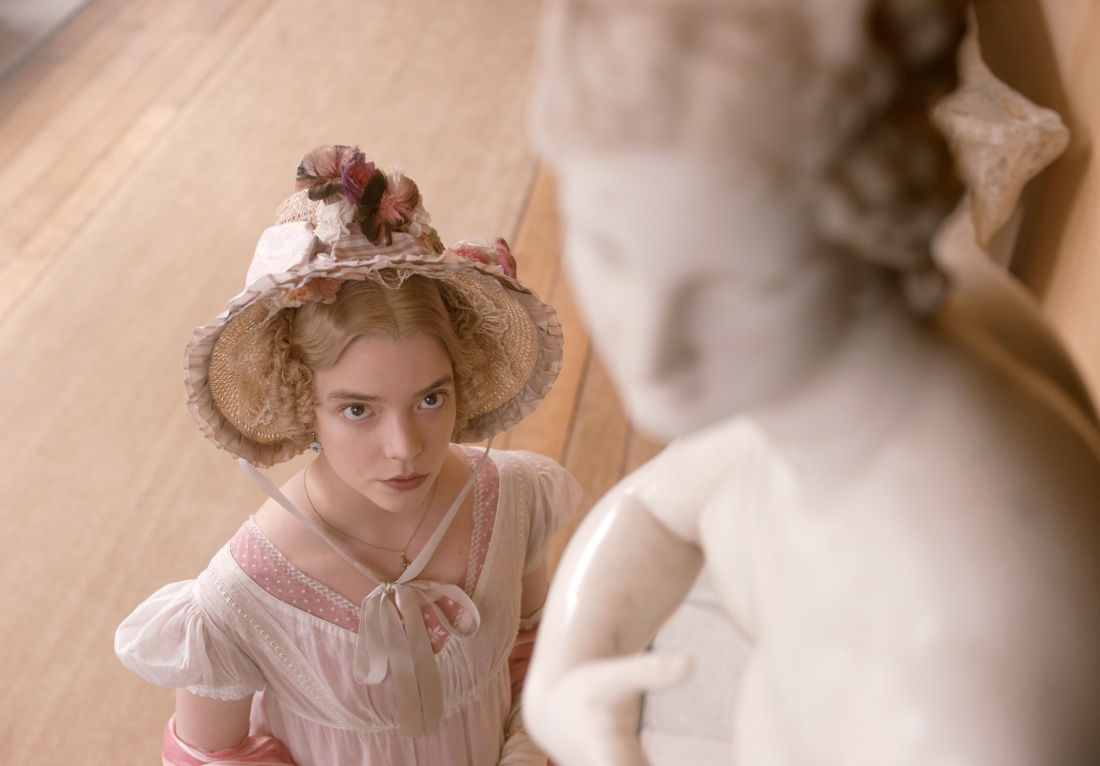 In her adaptation of Jane Austen’s classic, EMMA., Autumn de Wilde makes comic fodder of the title character’s (Anya Taylor-Joy) sense of class superiority. From the start, Emma often mistakes her wealth and privilege for experience and wisdom. “The real evils, indeed, of Emma’s situation were the power of having rather too much her own way, and a disposition to think a little too well of herself,” writes Austen in the novel. “Emma Woodhouse may be the most class-conscious of Jane Austen's heroines,” notes The Smithsonian, “an essence that Catton captures and Taylor-Joy evokes with her performance.” In drawing out Emma’s character, Catton even showcased “the servants who were ‘beneath her notice,’ to use her own words, and who personified her snobbery, because she could not see that her existence depended on theirs.” De Wilde pushed that snobbery for comic effect. According to Catton, de Wilde borrowed “from screwball comedies of the Forties and Fifties to create a heightened, highly aestheticized style that focuses the satire squarely where it belongs: on the sheer insanity of privileges.” 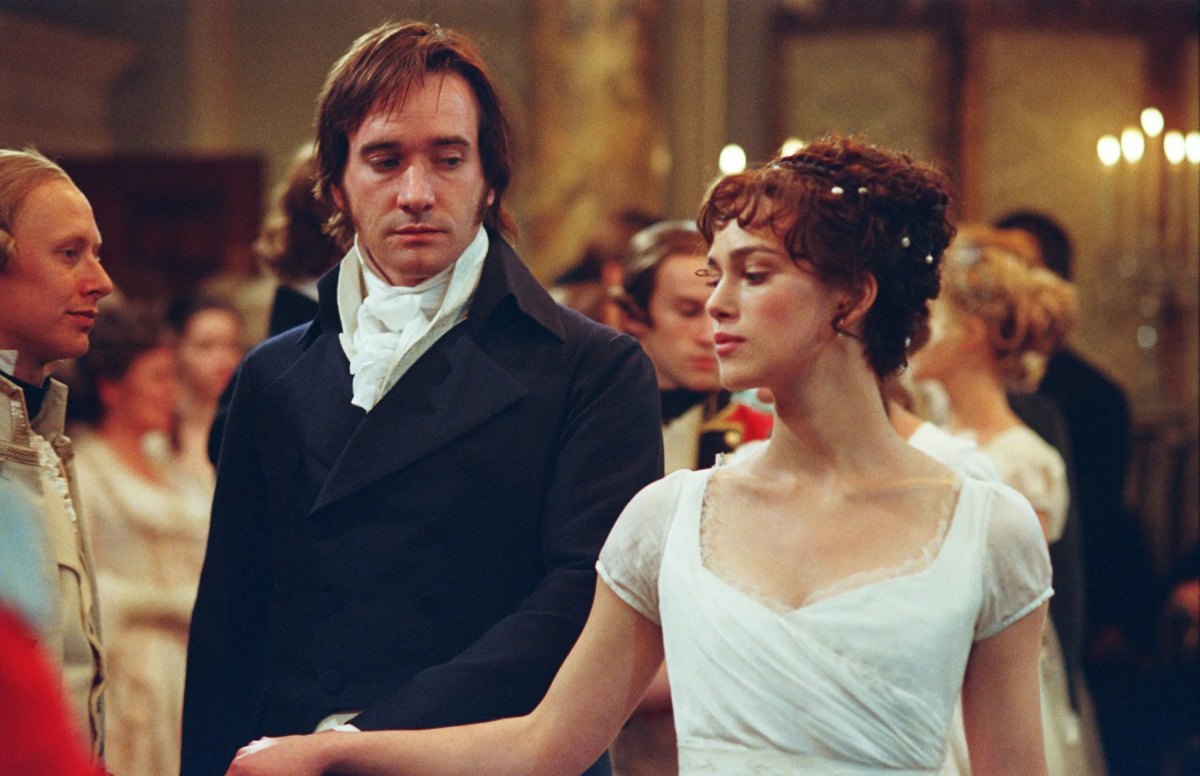 In Joe Wright’s adaptation of Pride & Prejudice, the romantic tale of true love is never completely divorced from the hard financial facts that determine the fate of every character and family. “In this Pride & Prejudice," explains Salon, "we can understand at a glance how much, or how little, money means to any given character.”It appears that Elizabeth Bennett (Keira Knightley) and her sisters live comfortably in a large house with servants. But the film also makes clear, according to screenwriter Deborah Moggach, “that if they don't marry well, they could end their lives in penury, shunned by their own class of people and the lower classes too." It’s no wonder that Pemberley, the family estate of Elizabeth's beloved, Mr. Darcy (Matthew Macfadyen), figures so large in the story. And Darcy’s aunt, Lady Catherine de Bourg (Judi Dench), bullies Elizabeth and the rest of her family with her wealth and standing. “The high, lacquered hair-helmet; the blank but steady gaze at the shabbiness of the Bennet house: She is the perfect gorgon,” exclaims Slate. “Her Lady Catherine is not to the manor born—she bears the manor.”