Summertime And The Viewin' Is Easy: 5 Movies For These Warm Days

From Moonrise Kingdom to Swimming Pool, films that bring the season's spirit to the screen

All winter we dream of summer, those sun-drenched afternoons followed by sultry evenings of spontaneous adventures. Abuzz with the promise of unexpected flings and new experiences, “Summertime is always the best of what might be,” wrote journalist Charles Bowden. While some summer movies explode with popcorn-munching action, others explore the dreams and hopes that these warm days evoke.

To welcome this new season, we offer a roster of summer treats, movies that capture all the emotion, romance, and drama experienced from May to September. From the fresh joy of first love to the rich drama of remembering seasons past, each film brings back a taste of summer.

Set on the imaginary island of New Penzance during the summer of 1965, Wes Anderson’s Moonrise Kingdom is filled with nostalgia for a summer that never occurred. In conceiving of the film, Anderson told Collider, “I just experienced the period of dreaming about what might happen, when I was at that age.” Suzy (Kara Hayward) and Sam (Jared Gilman), young teens in the first blush of love, run away together to live on the magical cove of Moonrise Kingdom, as the adults in their lives (Bruce Willis, Edward Norton, Bill Murray, Frances McDormand, and Tilda Swinton) rush to stop them. Like a fairy tale filled with enchanted love, tempestuous storms, and children turning into animals, the magic fades by the summer’s end. “The film's entire world is fantastical,” writes Roger Ebert. “But what happens in a fantasy can be more involving than what happens in life, and thank goodness for that.”

Suzy (Kara Hayward) and Sam (Jared Gilman) have a summer to remember in Moonrise Kingdom.

Swimming Pool | In the heat of the moment

François Ozon's scorching thriller Swimming Pool stars Charlotte Rampling as a renowned mystery writer who escapes London’s grey skies to take up residence at her publisher’s summer house in the South of France. Under brilliant azure skies, she meets a mysterious young beauty (Ludivine Sagnier) whose wild, impetuous behavior and clothing-optional attitude both shocks and inspires her. Her new friend’s antics fire up her imagination, turning her holiday idyll into a fevered dream of suspense and crime, which, according to Entertainment Weekly, “slips through our hands like cool water, shimmery and light-dappled, leaving behind the pleasures of summer heat and goose bumps.”

Get Swimming Pool now on iTunes or at Amazon.

My Summer of Love | An unforgettable fling

There is something about summer romances that intoxicates its lovers with the promise of a future both know will never arrive. That passion is fully unleashed in Pawel Pawlikowski’s My Summer of Love. Home for her summer break, posh Tamsin (Emily Blunt in her cinematic debut) meets local, working-class Mona (Natalie Press), and a reverie of wine-fueled afternoons and sensual explorations follows. As with summer, the love doesn't last, but the memories linger on. For the the Los Angeles Times, Pawlikowski has "created a most provocative love story, about two people who will never forget each other, but not for anything like the reasons they initially imagine."

Get My Summer of Love now on iTunes or at Amazon.

Emily Blunt and Natalie Press roar into romance in My Summer of Love.

In many ways, Lone Scherfig’s One Day is the perfect summer movie. Released in August, it proved, according to We Got This Covered, the perfect alternative for “everyone who’s grown tired of the summer onslaught of superheroes, save-the-world plots and explosions.” The movie checks in on nearly two decades of summers with Emma (Anne Hathaway) and Dex (Jim Sturgess) on July 14—that being the title’s “one day”—for 18 years. Based on David Nicholls’ international bestseller, the film explores nearly every possible summer adventure—from college graduation and bad seasonal jobs to beachside getaways and adult excursions—to fill out the full panorama of life. For this story,  Scherfig stressed, “We really wanted it to be brave and bold and entertaining and full of summer.”

Get One Day now on iTunes or at Amazon.

Anne Hathaway and Jim Sturgess find the warmth in One Day.

The Door in The Floor | Shadows of summers past

In The Door in Floor, director Tod Williams wanted to make “the Hamptons look and feel like the most seductive place in the world, and then it rots before your eyes.” Based on the final section of John Irving’s novel A Widow for One Year, the film captures the eventful summer a children’s book illustrator (Jeff Bridges) and his estranged wife (Kim Basinger) invite a young man with his dreams still intact (Jon Foster) to help them care for their daughter (Elle Fanning). The bright summer adventure is soon haunted by the ghosts of the couple’s complex past. For Rolling Stone the film proves “extraordinary in every way, from the pitch-perfect performances to the delicate handling of explosive subject matter.”

Get The Door in the Floor now at Amazon. 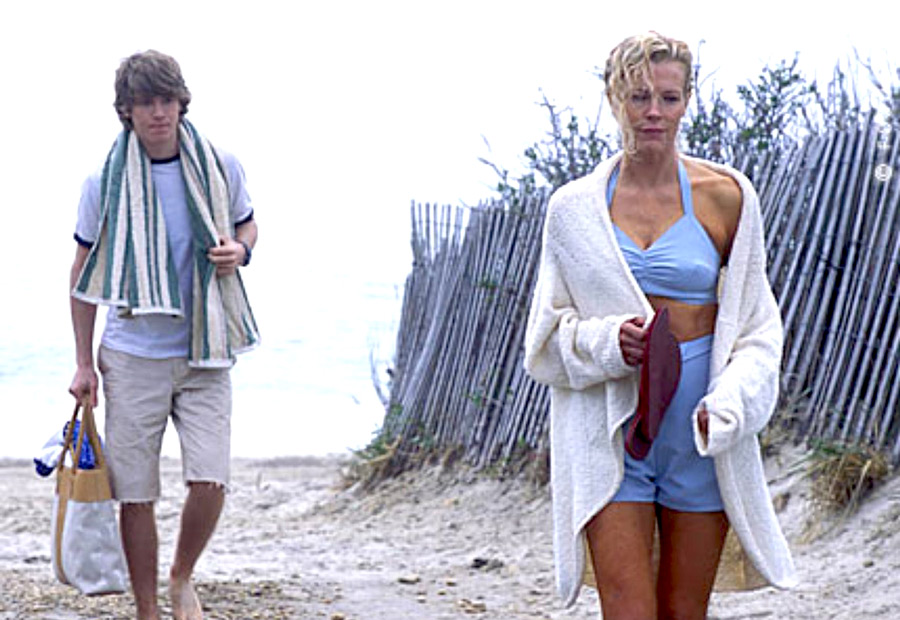 Jon Foster and Kim Basinger feel a summer chill in The Door in the Floor.