The Devil’s In The Details: The Outfit’s Cunning Use Of Fashion

And five films where fashion designers and designs tell the story

In Graham Moore’s thriller The Outfit, Leonard (Mark Rylance) has moved his tailor shop from London’s Savile Row to Chicago, where he, along with his assistant (Zoey Deutch), now make bespoke suits for the local mob (Dylan O’Brien, Johnny Flynn, among others). One night, however, his new life threatens to come undone when the mob decides there’s an informer in their midst. Dismissed by the mob as a mere tailor, Leonard reminds us that he is in fact a cutter, a distinction that makes all the difference in what unfolds that night. Many great fashion designers, from Cristóbal Balenciaga to Steven McQueen, learned their craft working as pattern cutters early on because, as a cutter, they needed to see the whole design in their heads before applying scissors to fabric. To bring a cutter’s vision to the film’s clothes, fashion designer Zac Posen worked with Sophie O'Neill to design The Outfit’s costumes. The film’s attention to detail, from perfectly tailored suits to a meticulously plotted storyline, make for a smart and stylish mystery.

To celebrate the genius of cutters and designers, we’re highlighting five films in which fashion rules, from the frosty glamor of haute couture created by Reynolds Woodcock in Phantom Thread or the scrumptious outfits worn by the characters in EMMA. or the dusty denim surface of Tom Ford’s Nocturnal Animals.

Get tickets for The Outfit now.

The official trailer for The Outfit. 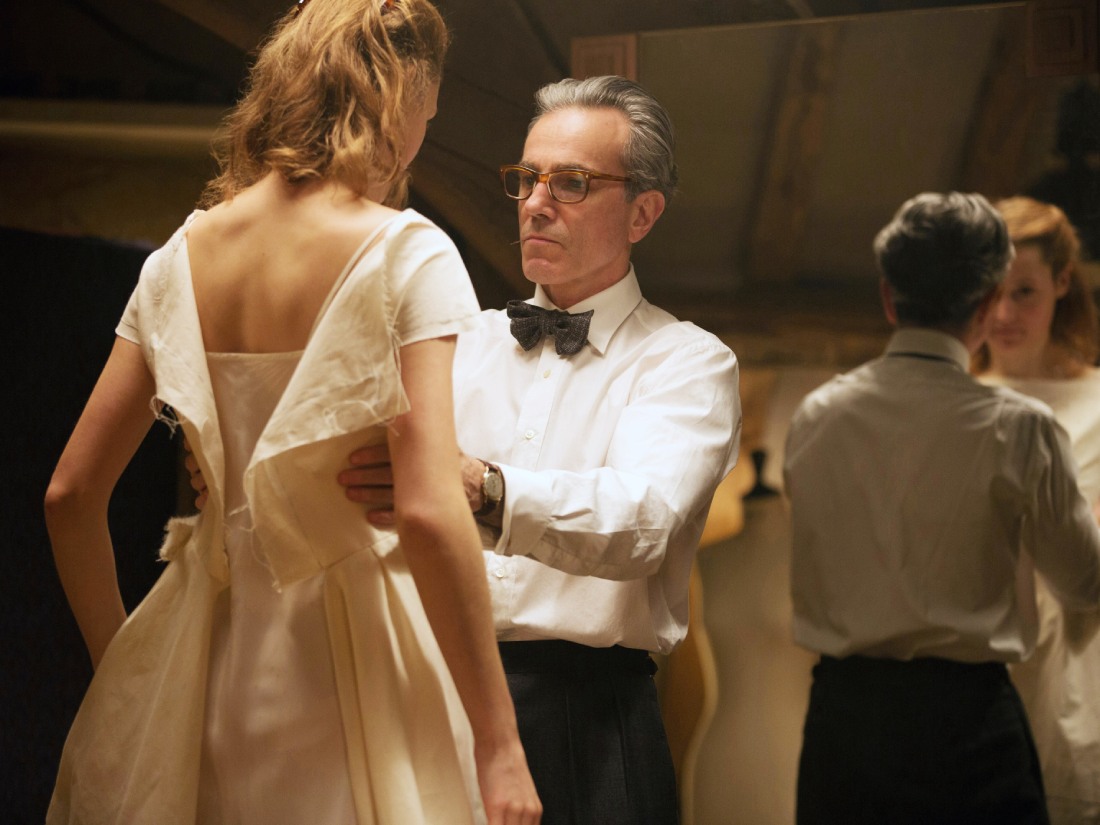 In Phantom Thread, Paul Thomas Anderson recreates the life of a 1950s London fashion designer, Reynolds Woodcock (Daniel Day-Lewis). Inspired by the obsessive geniuses of such fashion designers as Charles James and Cristóbal Balenciaga, Anderson crafts a tale of an artist who demands perfection of himself and everyone around him, even his clients. To make that tale believable, Anderson turned to costume designer Mark Bridges, whose original creations inspired by 50s fashion won him the Academy Award for Costume Design. Poring over old editions of Vogue and Harper’s Bazaar, studying construction techniques of 50s’ couture, and viewing museum-archived gowns by Balenciaga and Hardy Amies, Bridges channel the great designers of the era to design a stunning line of outfits for the film. “Many of these scenes are punctuated by some of the best costume work done in the last ten years,” exclaimed film critic Robert Daniels about Bridges. “His research and representation of haute couture rises to the level of the House of Woodcock’s genius, while fitting the character.”

The official trailer for Phantom Thread. 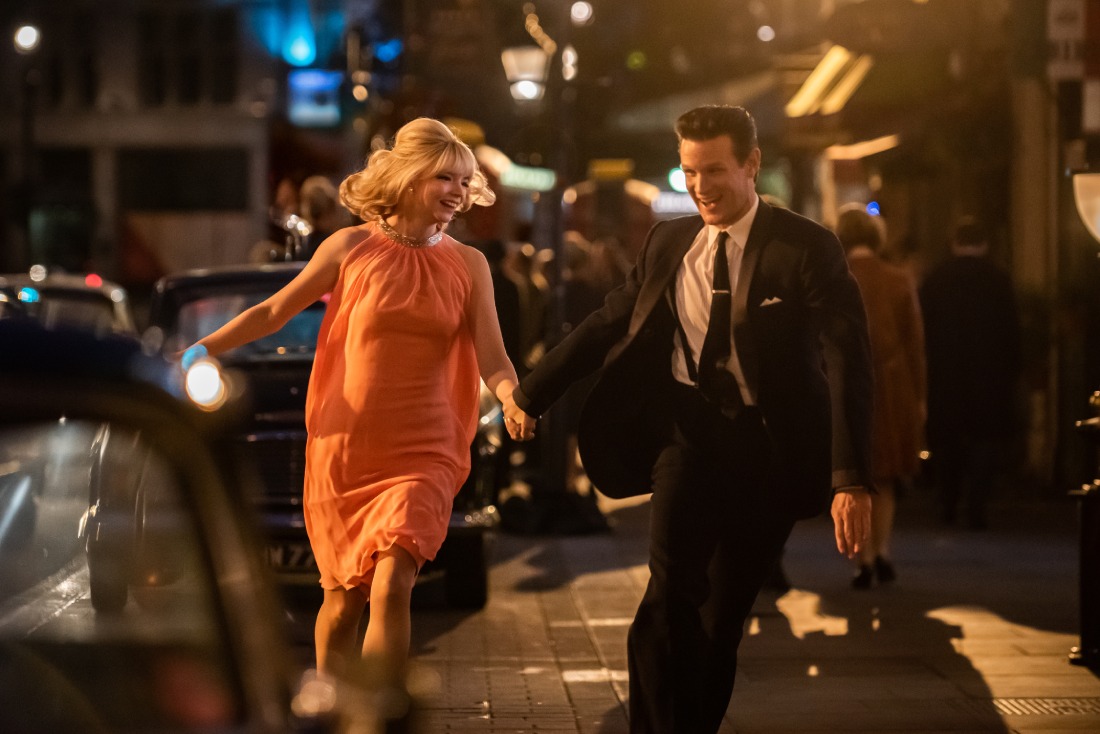 “Nothing in [Edgar] Wright’s previous work quite prepared me for Last Night in Soho, it’s easy seductiveness and spikes of sophistication,” wrote The New York Times. Indeed, fashion and style are the engines that drive this time-traveling thriller. After arriving in London to study fashion design, Eloise (Thomasin McKenzie) finds herself mysteriously transported back to the Swinging Sixties and inextricably drawn to Sandie (Anya Taylor-Joy), an up-and-coming pop singer. Eloise even finds Sandie’s sixties style, from her patent-leather white mac to her soaring pink chiffon dress, showing up in her own designs. Much like Eloise, the film’s costume designer, Odile Dicks-Mireaux, imagined herself back in the 60s to recreate the fashion. “You try and get under the skin of the period,” explains Dicks-Mireaux, “and you try to feel it as a human being.” Tapping both the styles of period designers (like Paco Rabanne and Pierre Cardin) and iconic movie stars (like Julie Christie and Brigitte Bardot), Dicks-Mireaux crafted looks that reflected all aspects of the period, from spontaneous joy to harrowing uncertainty. In the new Focus Features video Dressed, John Zee uncovers the ingenuity and imagination of Dicks-Mireaux’s work.

Watch Last Night in Soho now on iTunes or Amazon. 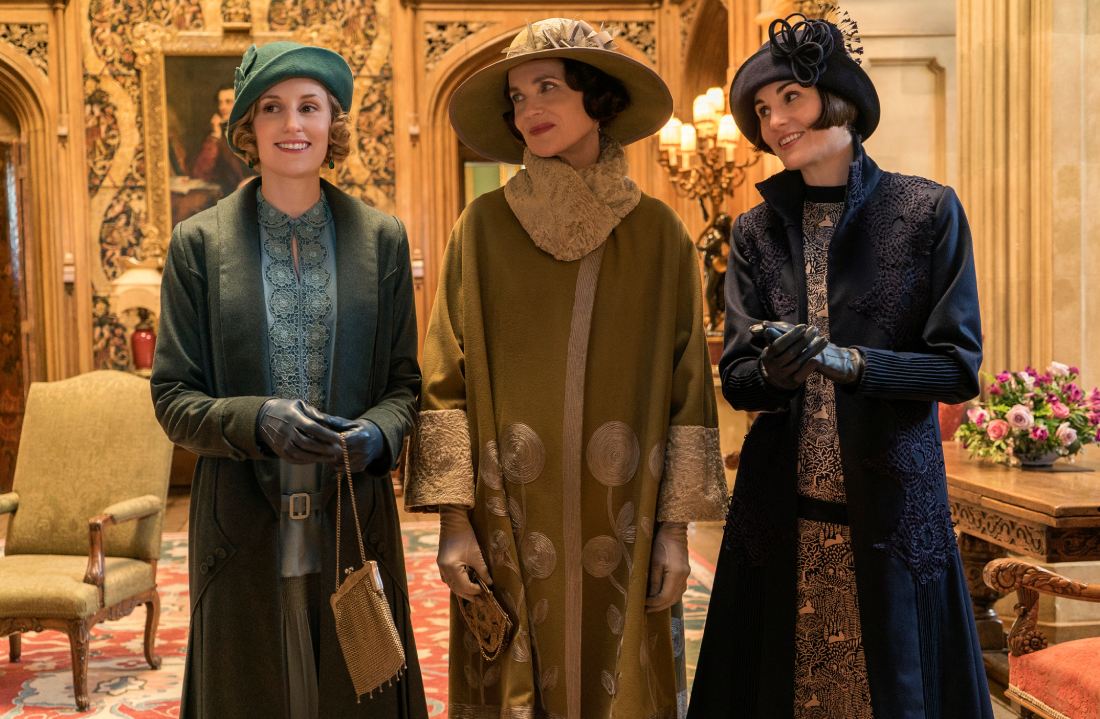 In Michael Engler’s film Downton Abbey, fashion dictates everything — class, rank, taste, and, of course, who gets noticed at the ball. In bringing the beloved TV series to the screen, costume designer Anna Robbins made the glittery fantasy of Downton Abbey even more luxurious. “The costumes…pop off the screen with more texture and beading that sparkles a bit more brightly,” exclaimed Vulture. For Robbins, however, the outfits were not just an exercise in opulence. They need to define the period and the changing history. “Emancipated women went to work,” explains Robbins, “so the shape of womenswear in the twenties changed from being tight-waisted to a straight up-and-down, looser silhouette.” For an evolving character like Lady Edith (Laura Carmichael), Robbins showed her new independence through her fashion sense, even to how she wears a tiara at local ball. “We’ve got Edith wearing it in a fashion-forward 1920s way – she’s wearing it quite low and on the hairline,” explains Robbins. Luckily Robbins will be back designing costumes (along with Maja Meschede) for Downton Abbey: A New Era as fashion and the Crawleys step into the future and onto the Continent.

The official trailer for Downton Abbey. 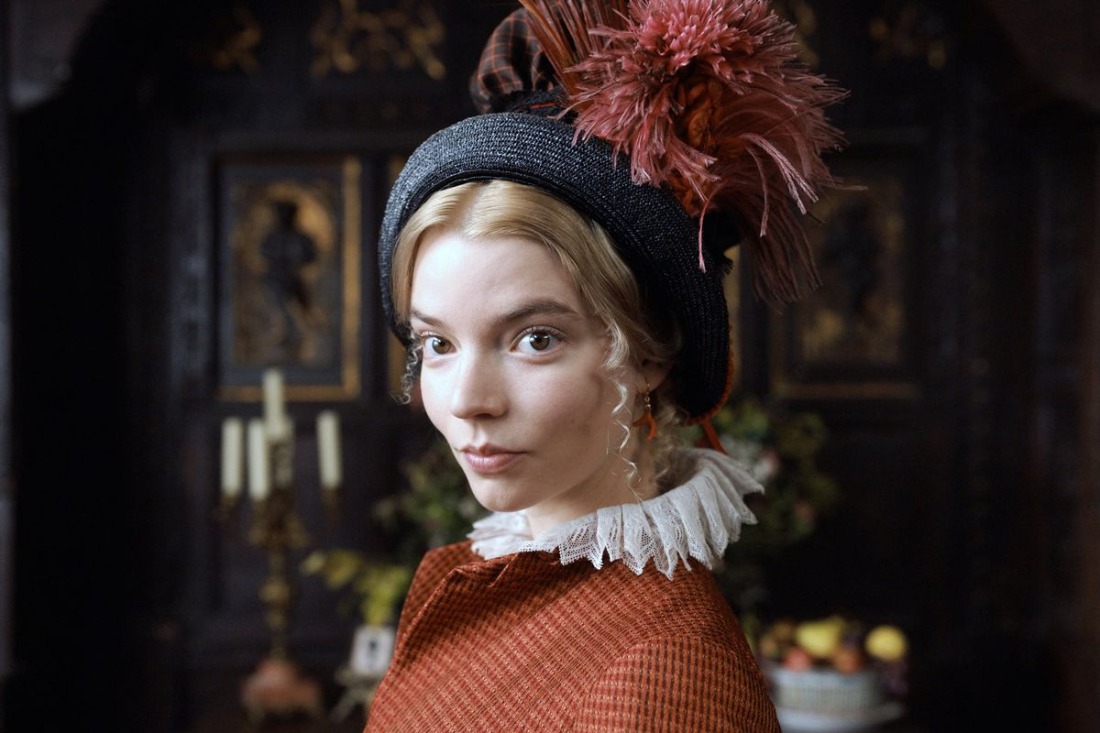 In EMMA.,  director Autumn de Wilde brings Jane Austen's classic to the screen by translating the writer’s sparkling wit and colorful satire into fashion and design. The costumes should be “like sugared macarons, that sense of froth and enjoyment,” de Wilde instructed costume designer Alexandra Byrne. In creating her bright confectionary creations, Byrne paid close attention to both character and period. Picking up on the vibrant colors of England’s Regency period, Byrne allowed Emma (Anya Taylor Joy) to shine as the queen bee in bright pink and orange dresses. “I was really excited by how colorful the Regency period really was,” recounts de Wilde. "Color was how you showed your wealth and your class rank.” But color was also how the film recreated Austen for a new generation, showing how much fun the novelist is. This EMMA., as Rolling Stone exclaims, “speaks to the current moment and knocks the stuffing out of costume drama.”

Watch EMMA. on iTunes or Amazon. 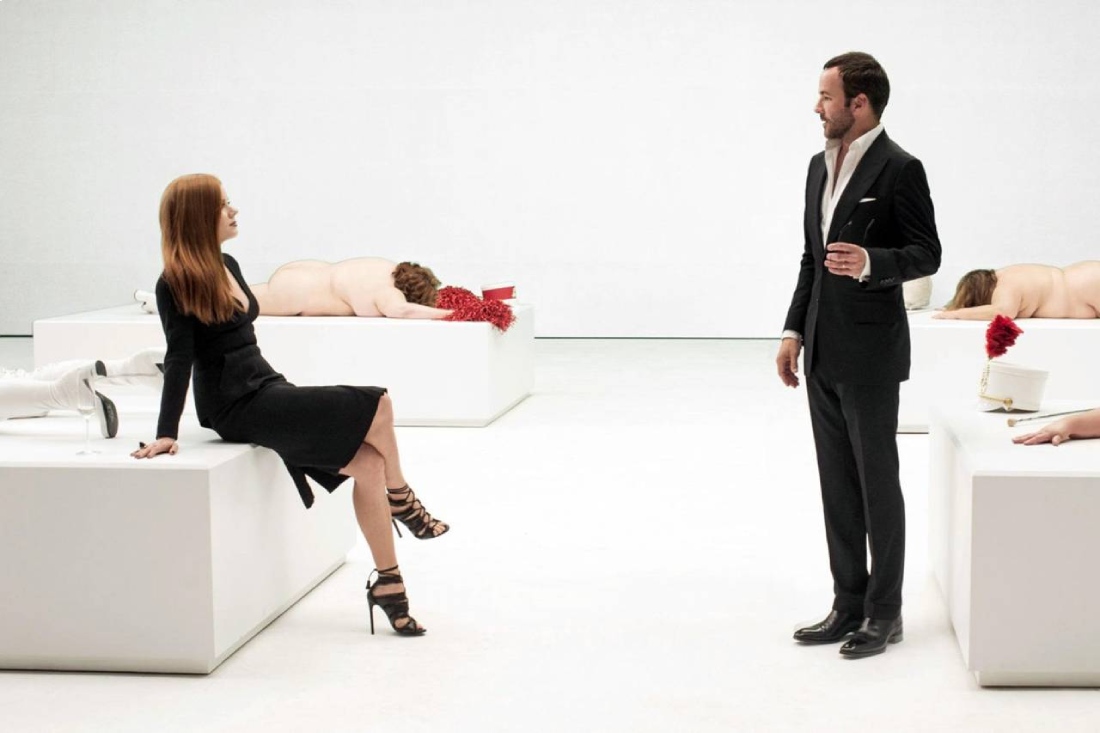 Amy Adams and Tom Ford on the set of Nocturnal Animals.

While Tom Ford redefined style and sensuality as the head designer at Gucci and later under his own label, as a film director he allows the story to dictate the clothes. In adapting the novel Nocturnal Animals, Ford creates a story within a story, showcasing two different worlds and spheres of fashion. In reading a novel sent to her by her ex-husband, gallery owner Susan Morrow (Amy Adams) finds herself lost in a tale of inexplicable violence and savage revenge, acted out on the screen by Jake Gyllenhaal, Michael Shannon, Isla Fisher, and more. Costume designer Arianne Phillips highlighted the different Tom Fords when she exclaims, "I don't work with Tom Ford the fashion designer. I work with Tom Ford the movie director." Moving back and forth between the styles of arty Los Angeles and the dusty towns of West Texas, the film uses fashion to define its characters in precise ways. As Ford explains, “I think that any image that appears on screen needs to be worthy of being looked at.” And indeed the movie’s images are, as US Magazine exclaims, “Ford uses his gift for striking visuals to create a must-see [movie].”

“What is Nocturnal Animals Featurette