4 Things You Need to Know About Niki Caro, Director of The Zookeeper’s Wife

Meet the woman at the helm of this stunning new film

Up and down the cast and crew list of The Zookeeper’s Wife, you’ll see the names of incredibly talented women. Jessica Chastain stars as the heroic Antonina Żabińska. The film's screenwriter, Angela Workman, adapted the non-fiction book by Diane Ackerman of the same name. And Diane Miller Levin and Kim Zubick are two of the film's many producers. At the top of it all is Niki Caro, the critically acclaimed director who is on a path to becoming one of the industry's most influential filmmakers.

Praised for her early work, including the Oscar-nominated films, Whale Rider and North Country, and the more recent McFarland, USA, Caro has a lot on her plate. On the heels of Zookeeper, Caro directed the two-hour debut episode of Netflix’s Anne of Green Gables, premiering in May. Her next two highly anticipated projects are Callas, about the life and career of opera legend Maria Callas, and Disney’s forthcoming live-action film, Mulan.

Focus caught up with Caro in New York City the other day, and spoke with the New Zealand native about how she got her start, why she wanted to make The Zookeeper’s Wife, and the future of female-driven films. 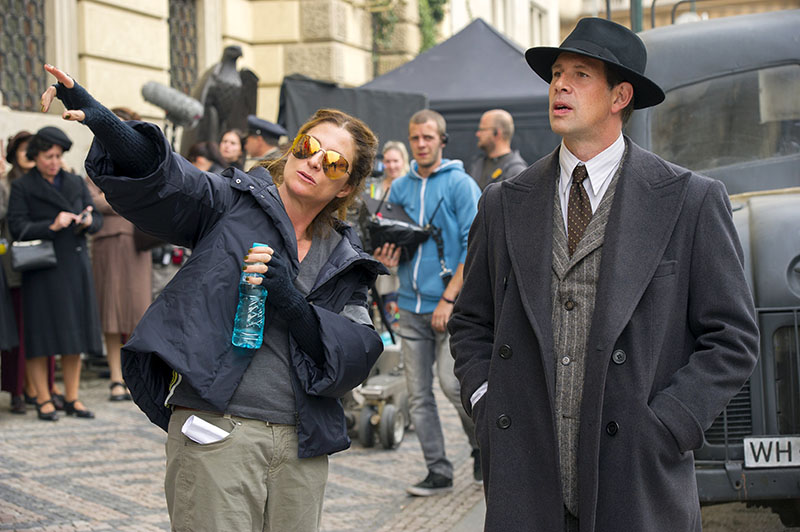 Niki Caro on set with Johan Heldenbergh, who portrays Dr. Jan Żabiński in The Zookeeper's Wife

She had an unorthodox education

"Coincidentally, even though my family isn’t Jewish, I was educated at a school in a synagogue in Auckland, New Zealand. We had all the Christian holidays off and then we had all the Jewish holidays off, so I was never in school. My parents both worked, and didn’t have childcare, so they dropped me and my brother off in the city and we’d go to movies. Invarablly, we’d come out of the movies and a policeman would stop us and say 'Why aren’t you in school?'  And we’d say, 'Well, it’s Yom Kippur.' They didn’t know what the hell we were talking about because there are hardly any Jewish people in New Zealand. So they’d take us to our dad’s office. I saw a lot of movies on Jewish holidays!"

"Bedknobs and Broomsticks was the first movie I loved. I couldn’t believe it! It was SO good. I have a very strong memory of being in the theater, and then there was an intermission. I thought the film was over. I couldn’t believe there was more movie after the break, and during the break I got to have an ice cream. It was like heaven. I was about seven or so, I suppose. It just made me feel so good!

"When I got older, my path to movie making really came through art school. I made a film when I was there, with my mother (because she liked to be in my films), father’s dog, and my boyfriend. That got me into film school."

"Cinema is mostly concerned with the male experience of war, and rightly so. But war also happens to women and children and animals."

Why she made a Holocaust film

"A lot of movies have been made about the Holocaust, and it really is a story that needs to be told and retold. There are great movies about it, but it was never something that I craved to do. But with this material, I could see a place where I could contribute to the genre. I thought I could make a very feminine movie out of this material. The Holocaust, and war itself, didn’t just happen to guys. Cinema is mostly concerned with the male experience of war, and rightly so, but war also happens to women and children and animals. The Zookeeper’s Wife allows us to experience it through those entities, to open up the humanity that can flourish in wartime.

"I recognize that as a filmmaker that I had a new voice in this genre. I was able to gently move it along to a place that offered some hope and some healing. I had no idea when we started that we were making a contemporary movie, not a historical one. And it has become a profoundly contemporary movie." 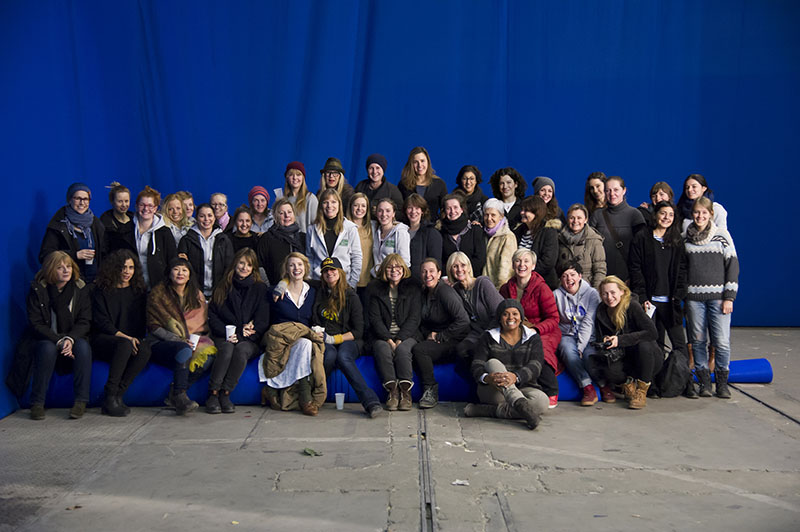 The female cast and crew of The Zookeeper's Wife

"Femininity has way too often been equated with weakness. And it’s not. This film and Antonina’s story shows us that you can be strong and soft at the same time. For example, our second camera operator was a girl, Rachel [Levine]. And she wrote me this beautiful letter when we finished filming saying that she’s worked in the film industry her whole career and that she felt that she always needed to be like a guy, she needed to be very tough. She said that being on this movie showed her that she could be soft and strong.

"That is what the whole story is about. The experience of making the movie is the same as the story we are telling with the movie. It means that the work is in the right place. It’s an organic whole and it is new. Movies about women are at the frontier of cinema right now."

The Zookeeper's Wife opens in theaters March 31st. Find tickets near you.