Pride flags have historically increased awareness and visibility of the LGBTQIA+ community across the world. Now, with symbols such as the Bisexual Pride flag, Pansexual Pride flag, and Asexual Pride flag joining the original Pride flag first created in the 1970s, their visibility has only grown in prominence. According to the outlet them, the original Pride flag was designed by Gilbert Baker and Lynn Segerblom after Harvey Milk, the first openly gay elected official and civil rights activist, tasked them with creating a symbol for the gay community. them noted, “The original rainbow flag used eight colors to represent different spiritual and emotional aspects of the psyche. Hot pink, before it was removed, stood for sex; red means life; orange means healing; yellow means sunlight; green means nature; turquoise means magic and art; indigo (later changed to royal blue) means serenity; and violet means spirit.” Today, Pride flags have become more inclusive by representing the trans community and people of color with even more colors. In celebration of Pride and its symbolic colorful flags, we are highlighting six Focus films with queer representation as told through color. 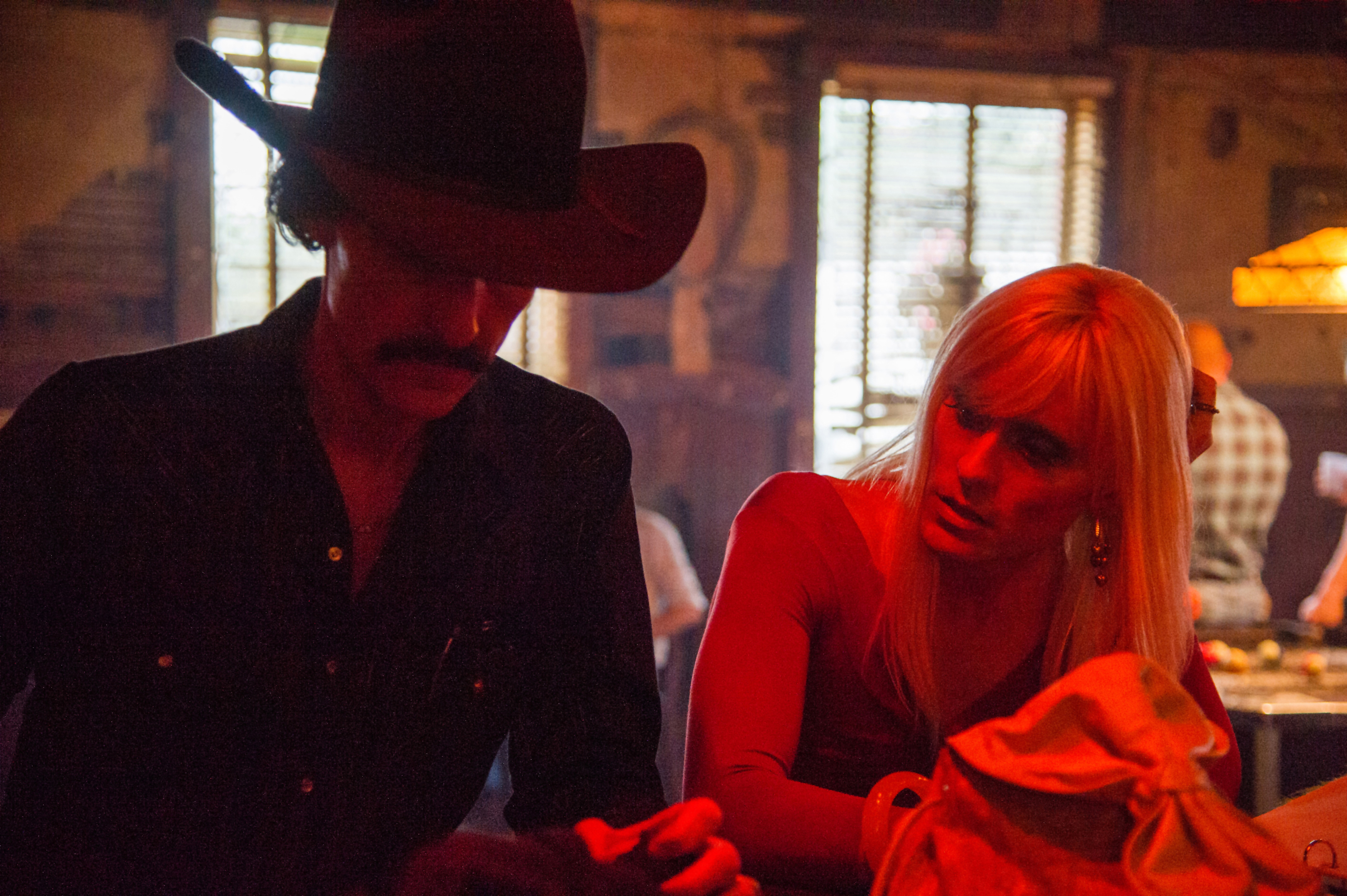 Dallas Buyers Club tells the story of Ron Woodroof, an electrician and rodeo cowboy in Texas. In 1985, Woodroof was diagnosed with HIV, an event that coincided with America’s increasing awareness of AIDS. Millions of people stigmatized AIDS as “that gay disease” since the life-threatening condition was severely affecting the gay community. As a result, Woodroof was ostracized by his friends and community. Craig Borten, the screenwriter of Dallas Buyers Club, noted, “What interested me was having this man who goes from being extremely bigoted to having his closest friends throw that right back at him – and then he evolves to learn what real friendship is and what it means. Those who accept him and support him are HIV and AIDS patients, nearly all of whom are gay.” Determined to save his and others’ lives, Woodroof advocated for patients' rights to alternative medicines and treatments due to ineffective anti-viral medications and a general lack of approved treatments in the U.S.

Together with Rayon, a fellow AIDS patient who identifies as trans, Woodroof establishes a “buyers club." The “buyers club” supports HIV positive people by selling non-approved medicines and supplements in hopes of saving more lives. 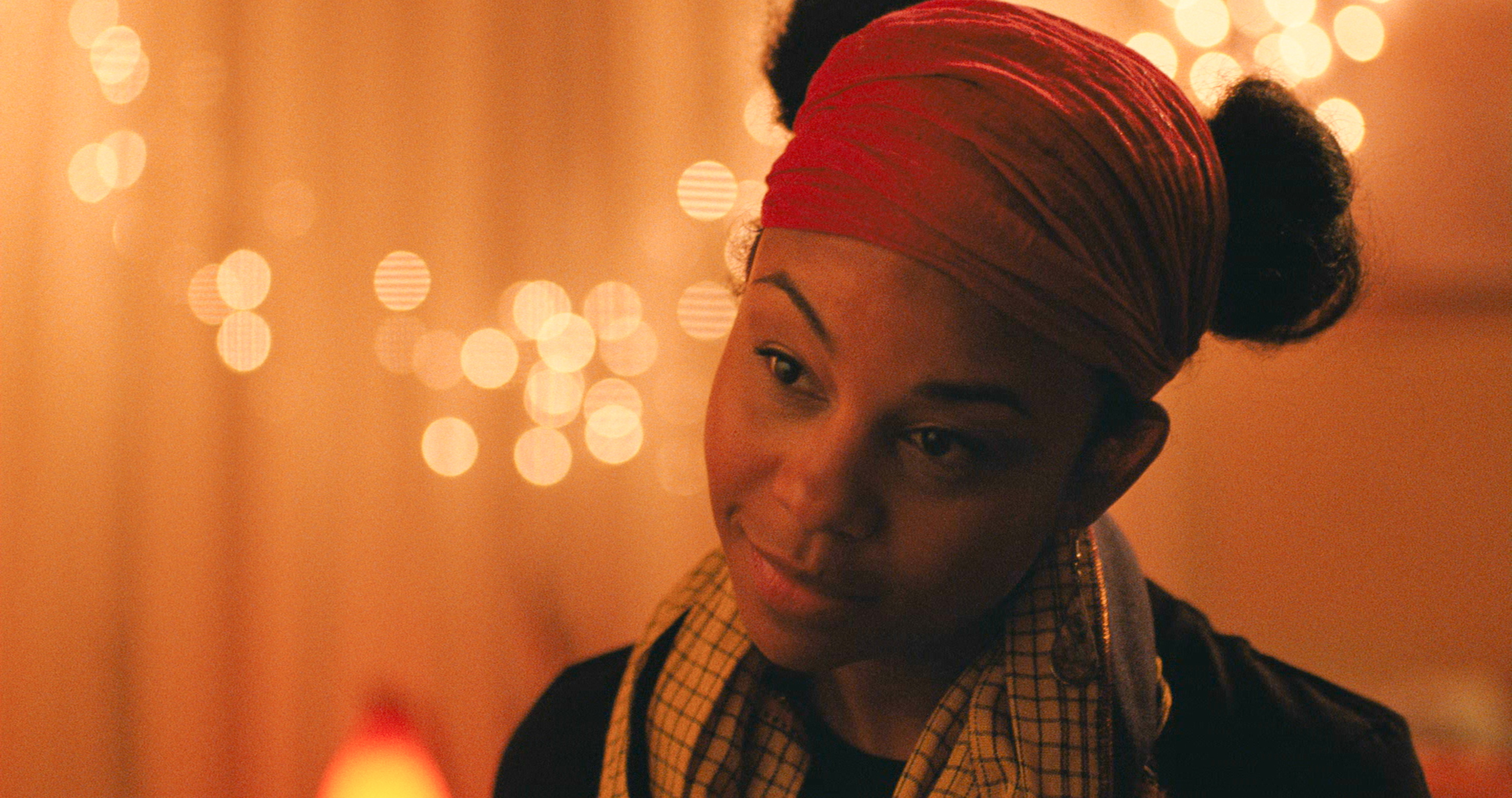 Pariah premiered at the 2011 Sundance Film Festival, where cinematographer Bradford Young was recognized with the Excellence in Cinematography Award. Dee Rees, the director and writer of Pariah, wrote the first draft of the feature as she was experiencing her coming-out process. Rees commented, “Being in New York, I was kind of amazed to see these young women who were teenagers and totally out and proud. Even if I had figured out my sexuality at that age, I don’t know that I would have had the courage to be that person, and that’s how the idea for the film came.” This sparked the story of Alike, played by Adepero Oduye, a teenage African-American woman who is eager to find a girlfriend. With the help of Laura (Pernell Walker), Alike’s best friend who identifies as lesbian, she navigates her youth and a tense household. To some, the magic of Pariah is that Alike discovers that she can just be rather than having to fit into a certain box, a feeling mirrored by Rees. “I don’t have to put on any personae; I can just continue to be who I am,” she noted. “And that’s what Alike comes to realize on her journey."

In addition to its recognition at Sundance Film Festival, Pariah was recognized with the Outstanding Film - Limited Release Award at the GLAAD Media Awards in 2012. 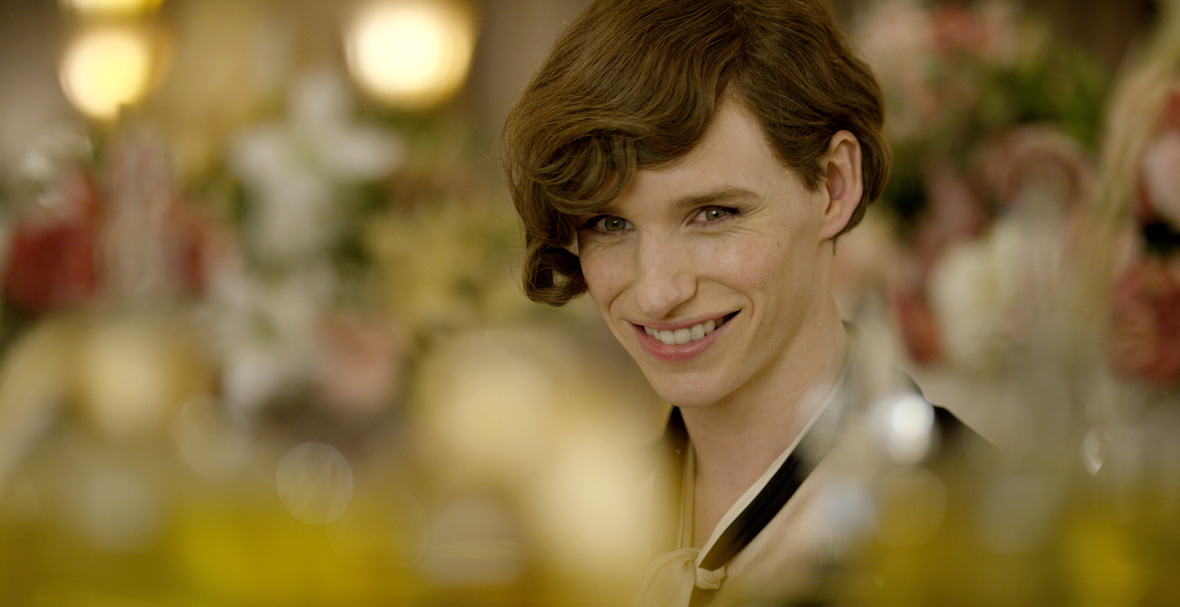 Eddie Redmayne in The Danish Girl

The Danish Girl tells the story of Lili Elbe (Eddie Redmayne), one of the first transgender women to undergo gender confirmation surgery. Elbe was assigned the gender male at birth with the name Einar Wegender. In the story, Wegender is happily married to her partner Gerda (Alicia Vikander) who pursues art as a career. After a transformative experience of modeling in a dress for Gerda, Wegender recognizes her gender identity is actually female. From that point on, Wegender lives her life as a woman, Lili Elbe. The couple’s relationship transforms as Greda’s career and Lili’s authentic life simultaneously blossom.

The Danish Girl presents the adversity and social injustices trans people face for just being who they are. Actress Amber Heard shared, “Imagine what was at stake for Lili. Even now, in the U.S., a person can be fired in over two dozen states for being LGBTQ. Lili was a hero for the self, for the individual; she chose something new. More and more people do that now, but it’s sad and terrifying that there’s so much at risk for them even today.” Paco Delgado, the costume designer for The Danish Girl, added "There are countries today where the culture would not be ready to accept a person’s journey. This movie pays tribute to an amazing person but also to the courageous people nowadays who are taking that journey."

In 2016, The Danish Girl won an Academy Award® for Best Performance by an Actress in a Supporting Role for Alicia Vikander’s performance. 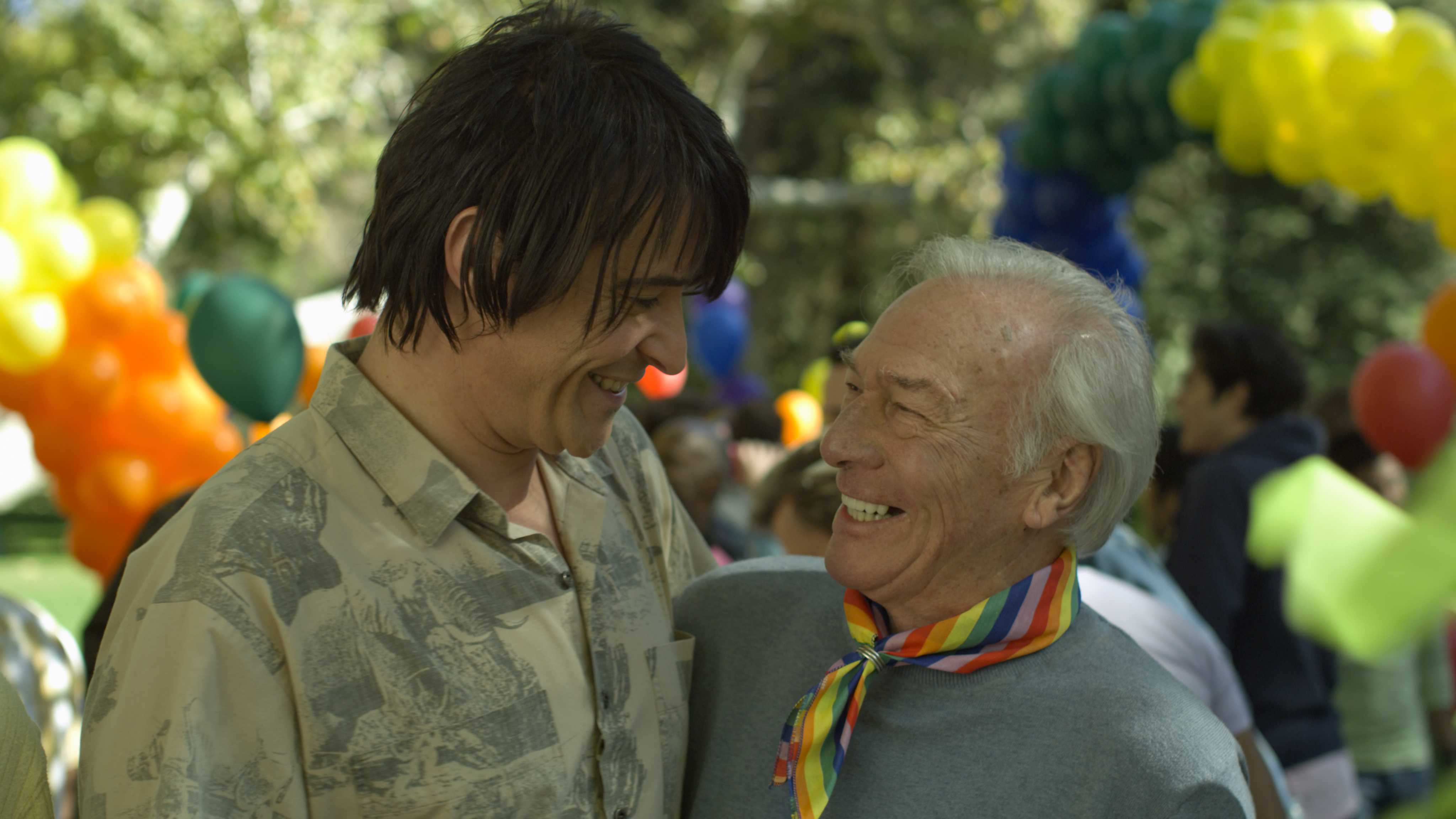 Inspired by writer and director Mike Mills’ father, Beginners is a romantic comedy-drama about new beginnings and family. Mills commented, “The concrete details of my father’s life, the real struggles, and all the real humor gave the film an authenticity that I hope will make it more powerful and more emotional for all kinds of people. The historical sections of the script connect these characters to our larger shared history.”

Mills shares the love story of Oliver (Ewan McGregor) and Anna (Mélanie Laurent) who meet a few months after Oliver’s father (Christopher Plummer) passes away. Oliver reflects and appreciates his father’s bravery and loving nature while navigating this new relationship. A unique component to this love story is that Oliver’s father, Hal Fields, comes out as gay when he was 75 years old. Hal’s courage to embrace new beginnings, authenticity, and openness to love led him to a romantic relationship with Andy (Goran Visnjic). The story highlights the fact that coming out is an ongoing process. The Human Rights Campaign reported, "Coming out in order to live openly isn’t something you do once, or even for one year. It’s a decision that we make every single day of our lives. Every coming out experience is unique and must be navigated in the way most comfortable for the individual." Beginners encourages audiences to embrace change and lean into authenticity.

In 2012, Beginners won the Academy Award® for Best Performance by an Actor in a Supporting Role in addition to the GLAAD Media Award for Outstanding Film. 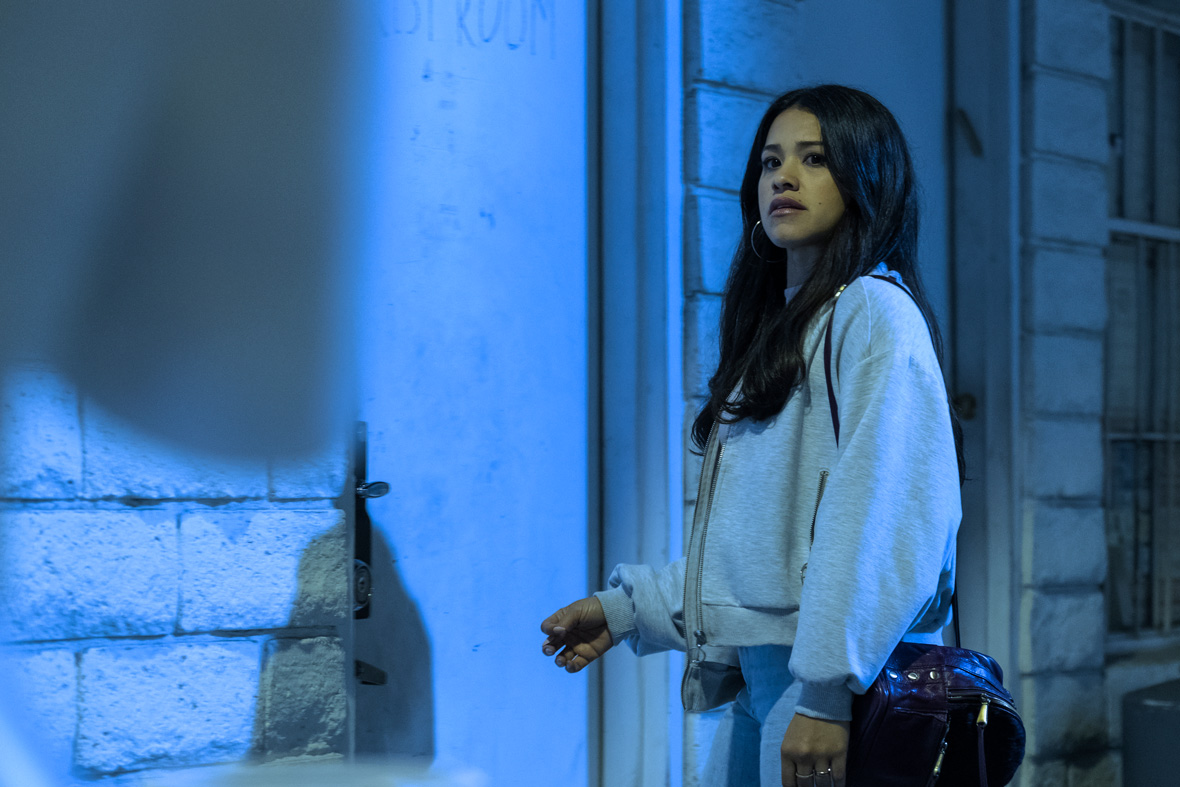 Kajillionaire is an original comedy written and directed by Miranda July. It tells the story of a con-artist family which includes Theresa (Debra Winger), Robert (Richard Jenkings), and their daughter Old Dolio (Evan Rachel Wood). The family finds themselves desperate and unable to pay rent, so Old Dolio structures the family’s biggest scam yet.

Along the way, the family meets a charming stranger named Melanie (Gina Rodriguez) and she shakes up their plans. This includes a developing romantic relationship between Old Dolio and Melanie. July noted, “The romance between Melanie and Old Dolio unfolds organically, without fuss. Old Dolio has never necessarily considered her gender or sexuality; she just is, and it’s simply in the course of events that she and Melanie are drawn to one another.” July continued, "While her identity might feel ambiguous or mysterious in a few ways, an unambiguously beautiful, feminine woman falls in love with her, and that mutual attraction tells us all we need to know." 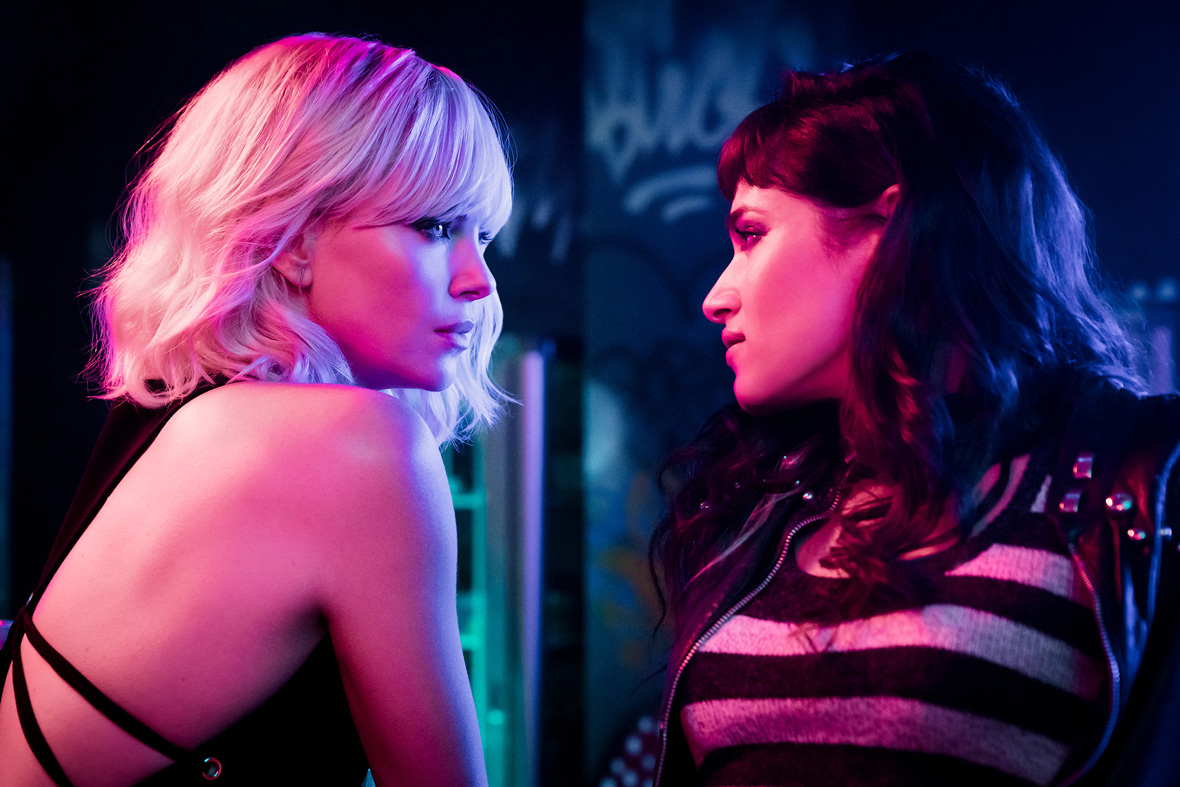 Based on the graphic novel series “The Coldest City," Atomic Blonde is an action-thriller about the Secret Intelligence Service’s (MI6) most elite spy, Agent Lorraine Broughton (Charlize Theron). The story takes place in 1989, right on the cusp of the Berlin Wall’s dismantling. After a fellow agent is shot and killed, Broughton is sent into Berlin on a mission to recover a highly sensitive document that lists the names of intelligence agents in the city. Broughton navigates Berlin with ally chief David Percival (James McAvoy) and fights off deadly spies and traitors.

On her journey, Broughton meets Delphine Lasalle, a French intelligence agent (Sofia Boutella), who reminds Broughton of her younger self. Lasalle brings out a more fun and playful side to Broughton, which turns into a deeply passionate love between them. During an interview on “Watch What Happens Live with Andy Cohen”, Charlize showcased her advocacy for queer representation in film stating, “It’s something that I feel is not represented enough in cinema, and I feel that when you make movies, if you’re going to hold that mirror up and reflect society, then you should reflect society.”