5 Songs That Rock the World of Atomic Blonde

The film’s music supervisors investigate the tunes that defined a turning point in history. 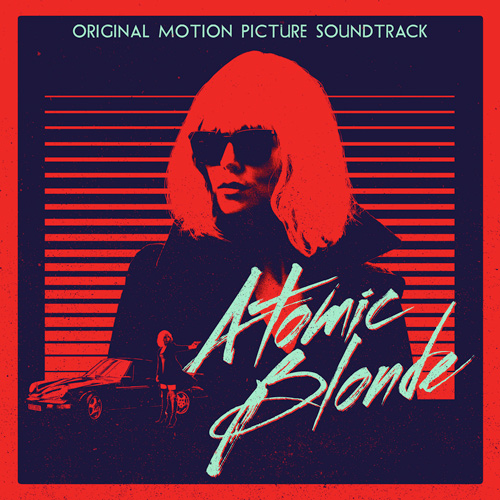 In David Leitch’s Atomic Blonde, Charlize Theron explodes as Lorraine Broughton, a special British agent sent to Berlin in 1989 to recover a top-secret dossier from falling into KGB hands. Joining up with David Percival (James McAvoy), the charming, conniving Berlin station chief, she encounters a city split in two and teetering on the edge of the Cold War. To propel the heart-pounding action, music supervisors John Houlihan and Willa Yudell pulled together an astounding soundtrack with songs that instantly transport one back to the combustible, creative period before the Berlin Wall came down. Each song not only fuels the film’s ferocious energy, but contains a history all its own that speaks to the unique time and place of the film. For The Verge, “it’s the film’s soundtrack that truly reveals its personality—and makes its best scenes unforgettable moments that will continue playing in my mind on loop.” To dive deeper, we asked the music supervisors to pick five essential songs and explain what makes them so special for Atomic Blonde.

Get the Atomic Blonde soundtrack now on iTunes.

Willa Yudell: David Bowie’s “Cat People (Putting Out Fire)” is explosive, fierce, and stylish––just like our protagonist. I get chills when I watch the title sequence, taking to the streets on her mission as Bowie belts out, "I've been putting out the fire with gasoline!" And that's basically what ensues throughout the film. The lyrics flow as though they were penned for Atomic Blonde. But make no mistake, the song was originally created by Bowie and Giorgio Moroder for the 1982 film Cat People.

John Houlihan: We open the film with New Order’s classic original version and we’re off to the races in our 80s period piece film. This song, from their 1983 album Power, Corruption & Lies, tells you pretty clearly how they felt about their world at that time. We use it in a chase scene and the tempo helps drive our action with distinctive 80s style. Later in the film we reprise this song with a re-record of “Blue Monday” by the band HEALTH that was produced by our awesome film composer Tyler Bates. They made the new version downtempo, deep, and trippy for a morgue scene which cements this song as a major part of the fabric of the film.

Yudell: The music of the 80s, especially that coming from Western Europe, was so politically charged that it voiced the passions and outrage of a generation. People love Nena’s post-punk pop tune "99 Luftballons” but few are aware that it is a German anti-war protest song. Atomic Blonde takes place during the last days of the Cold War, oscillating between one side of the Berlin Wall to the other. Nena’s original version of "99 Luftballons" is so dynamic that it literally bounces off the walls during a scene in which a gang of East German hoodlums is flogged by a Soviet boss for letting a double agent slip away. We reprise the song later in a beautifully haunting cover by Kaleida, delivering pensive and emotional tones to the German lyrics as the Berlin Wall is toppled and secrets are revealed.

Houlihan: Produced by our composer Tyler Bates, Marilyn Manson’s “Stigmata” is used in an intense spy scene that leads to a wild sex club in West Berlin. There, citizens definitely acted out on the angst created by Berlin’s oppressive world in 1989. The original version of “Stigmata” by Ministry was a big musical influence on Marilyn Manson and he attacks the song with a lot of passion and intensity. 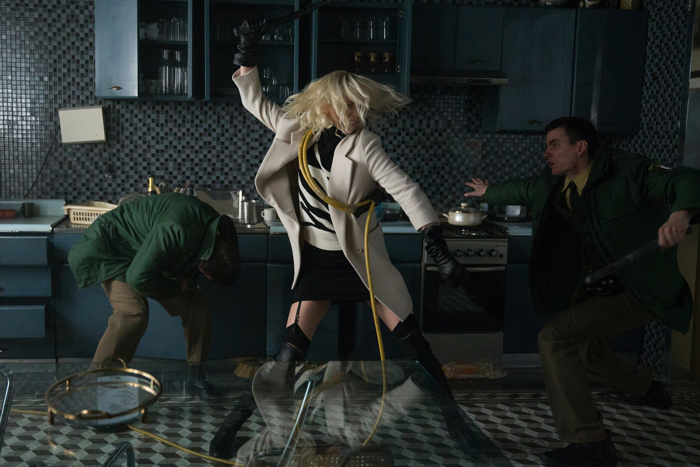 Queen and David Bowie’s “Under Pressure” delivers a classic tune for a new hero.

Yudell: Legends unite! This song probes oppression and strife while underscoring the importance of love and transcendence. By the end of Atomic Blonde, Agent Broughton confronts the "terror of knowing what the world is about" and might just be looking for an out. The song begs the question: Is this Broughton's proverbial last dance or will she be back for more? Only one way to find out!