Eyes on the Prize: 5 Films for Black History Month

From Loving to Talk to Me, movies that honor the African American experience

In 1976, President Gerald R. Ford officially recognized February as Black History Month, asking all Americans “to honor the too-often neglected accomplishments of black Americans in every area of endeavor throughout our history.”  In these conflicted times, Black History Month’s underlying message of recognition and respect feels even more important than ever to affirm.

To join in the celebration, we’re showcasing five Focus films that pay homage to the African American—and in one case African—experience. Whether dramatizing transformative historical events or intimate personal stories, these movies share a common bond: to honor the struggles of people who fought for equal rights and human dignity.

The name of Richard and Mildred Loving—memorialized on the 1967 Supreme Court case, Loving v. Virginia, that struck down laws prohibiting interracial marriage—is a touchstone of the Civil Rights Movement. Jeff Nichols’ film Loving, however, looks beyond the law to find the people—Richard (Joel Edgerton) and Mildred (Ruth Negga in an Oscar-nominated performance)—whose simple desire to love each other and raise their family changed history. “Before it's a story about racial equality or marriage equality—which it is—it's a love story,” explains Nichols.

Get Loving now on iTunes or at Amazon.

In Race, a promising college runner, Jesse Owens (Stephan James), becomes an international symbol of freedom at the 1936 Berlin Olympics. With Adolf Hitler watching in the stands, Owens wins four gold medals, invalidating with every race the Nazi’s ideology of racial superiority. But as an African American man, Owens’ personal race was far from over. As James points out, Owens  “came back to an America that was still very flawed. So him being so famous didn’t mean anything: he was still black.”

Get Race now on iTunes or at Amazon.

Adepero Oduye finds the soul of her character in Pariah

Pariah finds poetry in being yourself

In Dee Rees’ Pariah, Alike (Adepero Oduye) is not just another teenager growing up in Brooklyn. As a poet, African American, woman, lesbian, and daughter, she struggles to respect all the many, often conflicting, parts of her identity, especially with so few examples to follow. Rees' powerful tale won the Image Award for Outstanding Independent Motion Picture for bringing a rarely seen part of the African American experience to the screen. It “leaves you aching, not only because of the story it tells," notes Mother Jones, "but because it whispers softly of all the stories that haven’t been told.”

Don Cheadle as Petey Greene in Talk To Me

Talk To Me speaks out

In Talk to Me, Don Cheadle plays Petey Greene, a Washington D.C. radio personality who bore witness to history in his own outrageous way for nearly two decades. In 1968, Greene made history himself. Time Magazine explains, “in the aftermath of Martin Luther King's assassination, Petey took to the air and, in a marathon broadcast, helped calm the city.” For Salon, Talk to Me “perfectly captures the vibe of a person, a place, a time and a way of being, and even gets, indirectly and without a whiff of sanctimoniousness, to the heart of what being an American ought to mean."

Get Talk to Me on iTunes or at Amazon. 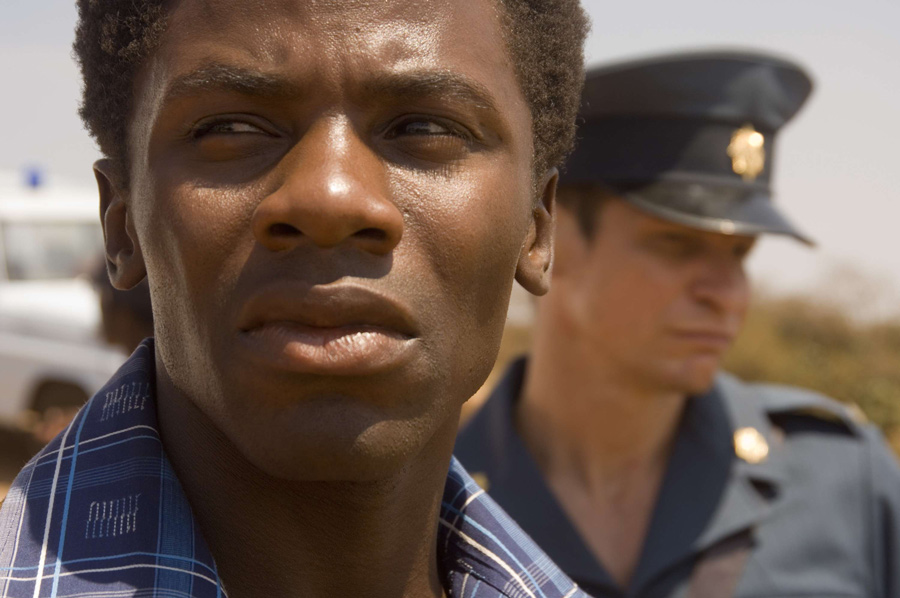 Derek Luke starts a revolution in Catch a Fire

While Phillip Noyce’s Catch a Fire takes place in South Africa in the 1980s, its theme of fighting racial injustice is universal. In 1980, a refinery worker named Patrick Chamusso (Derek Luke) finds his life turned inside out when a corrupt police officer (Tim Robbins) arrests and tortures him for an act of terrorism he never committed. Politicized by this act of injustice, Chamusso dedicates himself to dismantling the terrible legacy of apartheid. For The Village Voice, while the hero’s story of injustice occurs half a world away, he “could be just about anyone anywhere––South Africa, the Middle East, right next door.”

Get Catch a Fire at Amazon.