The Magic of Moonrise Kingdom

What makes this the ultimate Wes Anderson film? Let us count the ways.

From the first frame of Moonrise Kingdom, you know you’ve entered a special world. "I have a way of filming things and staging them and designing sets," Anderson told NPR’s Fresh Air. "It's sort of like my handwriting as a movie director. And somewhere along the way, I think I've made the decision: I'm going to write in my own handwriting.” Anyone who loves Anderson’s film is quick to identify that signature style, be it in his framing, color palettes, storylines, or even inclusion of handwriting.

To celebrate Focus Features' 15th anniversary celebration, we're looking at what makes Moonrise Kingdom like the work of no other director.

Find out what you love by getting Moonrise Kingdom on iTunes or at Amazon.

1) The island locale is unexpectedly personal.

Set in 1965––four years before Anderson was born––Moonrise Kingdom nevertheless captures aspects of the director’s childhood. He vacationed on a New England island, much like New Penzance, when he was a child. “The movie is kind of like a fantasy that I think I would have had at that age,” Anderson tells Vanity Fair.

Bob Balaban is our tour guide to New Penzance Island in this special featurette.

2. A-list actors dropped everything to be part of his world.

Moonrise Kingdom’s extraordinary cast––including Bruce Willis, Bill Murray, Frances McDormand, Tilda Swinton, and Edward Norton––signed up because of Anderson’s unique artistry and style. During production, many moved into the large house Anderson rented, creating a small summer camp of their own. 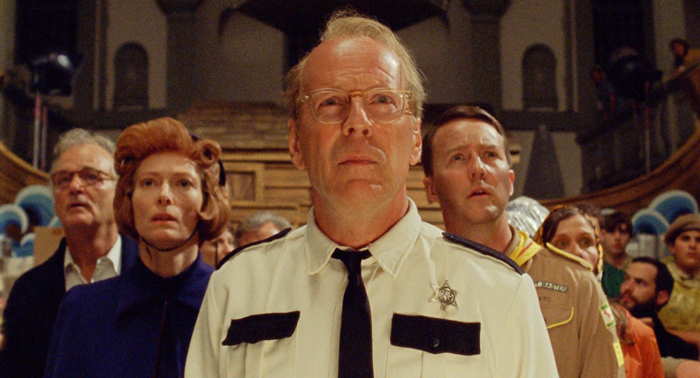 3) The soundtrack is killer.

Like a friend with an immense music library, Anderson always presents us with a few songs that we’ve never heard before or forgot that we loved so much. As well as including some great Hank Williams ditties, Moonrise Kingdom has Sam and Suzy setting a super cool tone by spinning Francoise Hardy’s 1962 “Le Temps de l’Amour” on the beach.

"I have always wanted to work in the theater… but I've never actually done it — not since I was in 5th grade, really,” says Anderson. So he puts on shows in his films. For Moonrise Kingdom, he stages a gorgeous version of Benjamin Britten’s opera Noye’s Fludde with a cast of fabulously costumed kids. Anderson performed in the opera himself when he was younger. 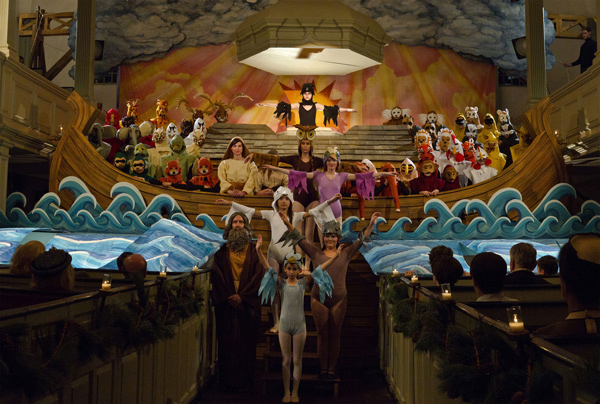 Everyone comes together to put on a show in Moonrise Kingdom.

5) The houses are the stuff of dreams.

No filmmaker has quite the architectural imagination that Anderson does. In Moonrise Kingdom, he takes his vision to new heights with his treehouse for the Khaki Scouts. The production designer Adam Stockhausen remembers how with every design he submitted “Wes kept having me make it taller and taller and taller until it became crazy high.” See the film's other unbelievable spaces in The New York Times’ article, "Designing Moonrise Kingdom." 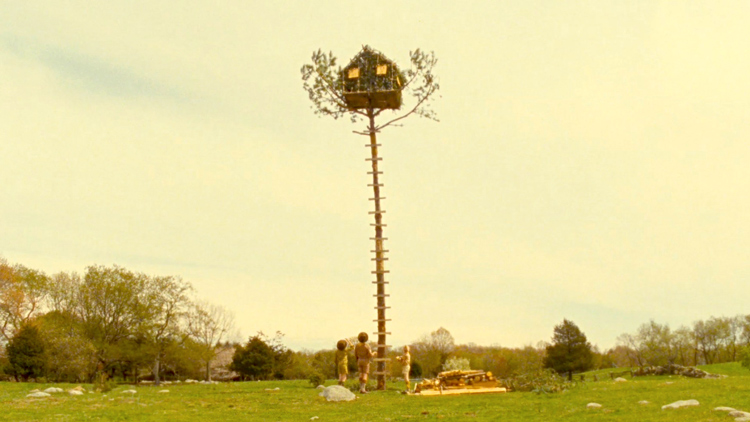 6) It shows us how awkward and beautiful love can be.

Anderson’s characters express their affection in ways that are both slightly stilted and deeply sentimental. In the film, Sam (Jared Gilman) and Suzy (Kara Hayward) capture the clumsy beauty of falling in love for the first time. While their mannerisms are often halting, their emotions are pure poetry. Who doesn’t swoon when Sam says, “I love you, but you don’t know what you’re talking about?”

Sam and Suzy find the right words in Moonrise Kingdom.

The look of Moonrise Kingdom unmistakably represents Anderson’s vision. Part of that comes from his controlled color palette of muted yellow-green and pale blue. But the geometry of his framing also brands every shot as pure Wes Anderson by creating perfectly symmetrical compositions. 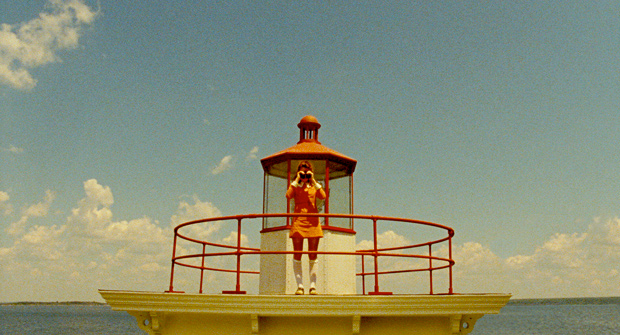