Let us count the ways we love him

Simon Pegg was born on Valentine’s Day, February 14, 1970. In his memoir Nerd Do Well: A Small Boy's Journey to Becoming a Big Kid, he acknowledges, “I wasn’t born in a trunk at the side of a stage––that would be foolish and unhygienic. I was a full month old before I found myself backstage at a theater.” And thank goodness he did. Moving from theater to television to film, Pegg as a writer and actor has created an extraordinary legacy of funny and fantastic characters and worlds. On his birthday, we are penning a Valentine expressing how much we take him to heart. 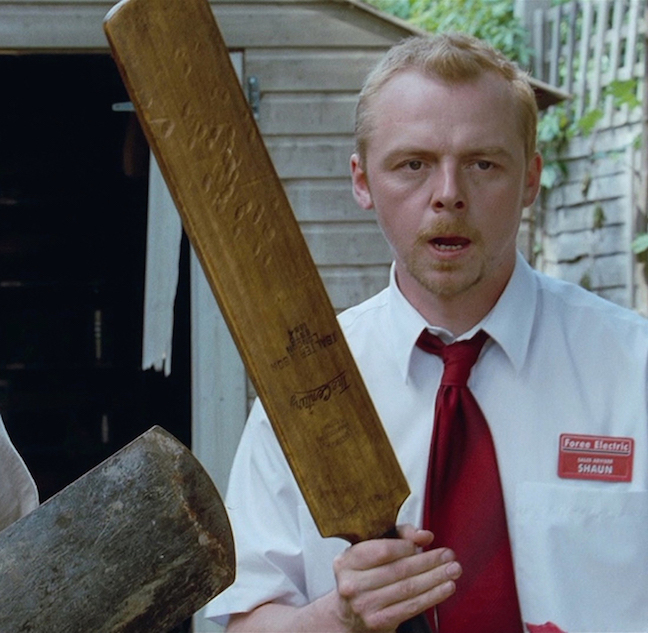 Simon Pegg suits up for action in Shaun of the Dead

Roses are red, violets are blue, no one whacks zombies better than you

In director Edgar Wright’s monster hit, Shaun of the Dead, Simon Pegg is the man with a cricket bat you’d most want by your side during the zombie apocalypse. But he’s not just a zombie slayer. He’s also played for the other side. After Shaun of the Dead was released, the filmmakers received the ultimate blessing from zombie master, George A. Romero, whose 1978 classic Dawn of the Dead inspired the name of their film. Not only did Romero love the homage, but he tapped Pegg and his cohort, Nick Frost, for cameos in his 2005 film Land of the Dead. The two decided to switch over and show up as zombies for their hero's film. In Phineas and Ferb’s 2014 Halloween special, "Night of the Living Pharmacists,” Pegg and Frost stood with the living and the living dead. They provided their voices––along with other horror greats like Romero––as their Shaun of the Dead characters, only to be turned into arm-waving, lab-coat wearing drugstore zombies during the segment. 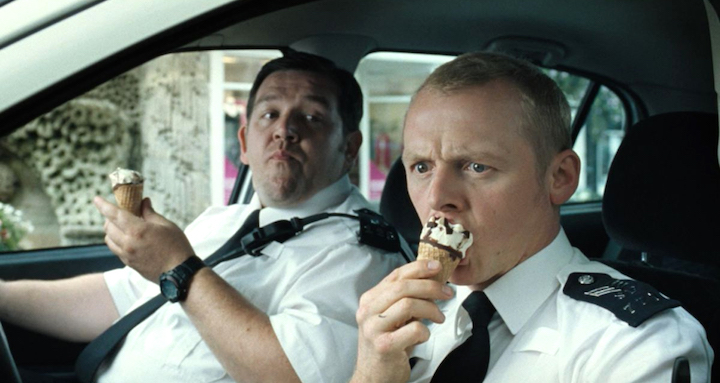 You're a great best mate

Simon Pegg met his cinematic partner in crime, Nick Frost, one night when his then-girlfriend invited him out for a curry with her workmates. Just for fun, Pegg made the distinctive "birbirbigut" squeal that Chewbacca makes in Star Wars during dinner. One person from the crowded table smiled back at him. Pegg knew he’d have a future with that man. “Somehow we found each other and have been together ever since,” Pegg tells the Guardian. “I realized after two weeks of hanging out with Nick, I really, really like this guy. It was like a romance blossomed between us." When Pegg got his first break with the TV series, Spaced, that he co-wrote with Jessica Stevenson, he made sure Frost had a role to play. Frost became the best man at Pegg’s wedding. Over time, the two have starred together in eight movies and co-wrote one, the 2011 Paul. But they are most famous for anchoring Edgar Wright’s Three Flavors Cornetto Trilogy (Shaun of the Dead, Hot Fuzz, and The World’s End). They also both lent their unmistakable voices to The Boxtrolls.

You make “nerd” our favorite word

In Nerd Do Well, Simon Pegg tells the heroic story of a geek’s odyssey. From Star Wars to Doctor Who, Pegg not only revelled in the adventures of super heroes and space warriors, but showed us how deeply these stories touch our lives. In college, he took his love to a new level with his undergraduate thesis, “A Marxist Overview of Popular 1970s Cinema and Hegemonic Discourses." As a screenwriter, with seven feature films and more than four TV series to his name, Pegg has turned his love of pop culture into pure entertainment for the rest of us. His films are filled with sly allusions and outright homages to many of our favorite shared fan memories. Anglophenia chronicles some of his classic references in their article on the “Best Movie References, from Spaced to Hot Fuzz.” Recently he joined the pantheon of his own gods when he co-wrote the 2016 Star Trek Beyond. And writer/director JJ Abrams even acknowledges in Entertainment Weekly that "his support and friendship has been massively important and helpful in the process” of creating the blockbuster Star Wars: The Force Awakens. 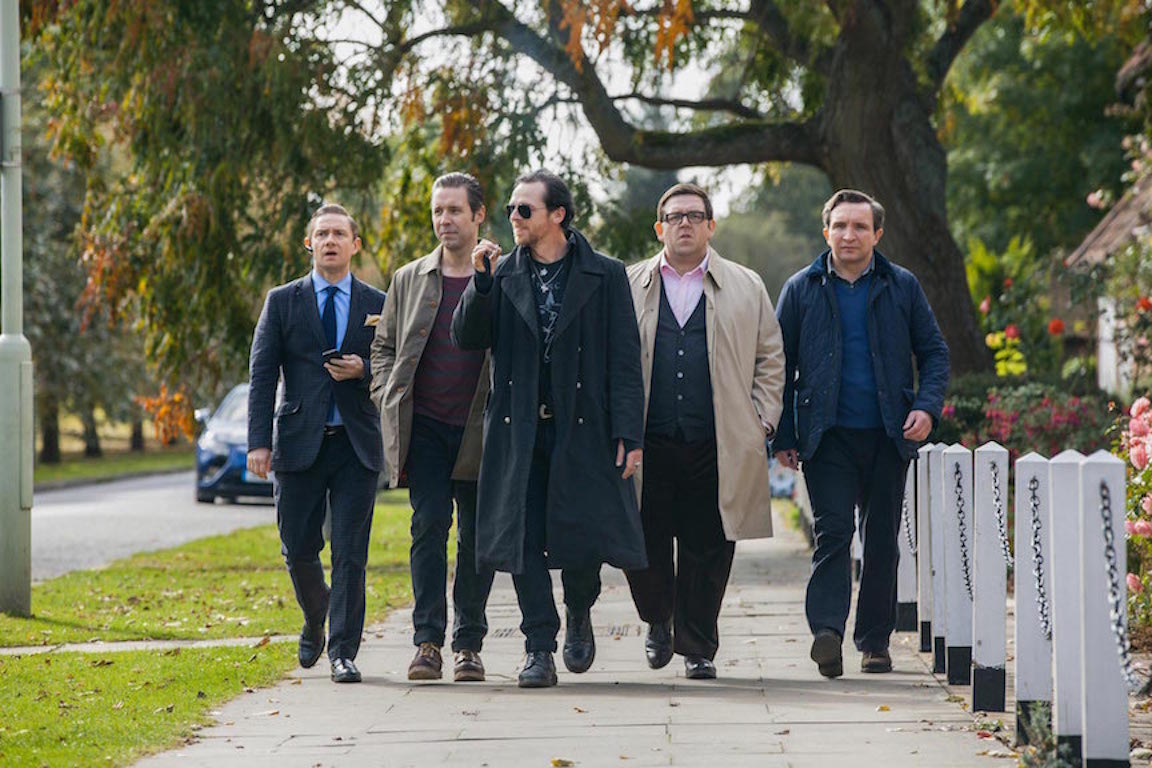 We wish in reality we were part of your family

While Pegg often plays a loner in his films, in real life he’s at the center of huge community of fans, friends, and family. The Three Flavors Cornetto trilogy (Shaun of the Dead, Hot Fuzz, and The World’s End) was created with his longtime pals, Edgar Wright and Nick Frost. But it also showcases the extended family of actors who have repeatedly showed up to play different characters in these films. He’s become an indispensible part of several blockbuster franchises, like the Mission Impossible and Star Trek films. While he is married with a daughter of his own, he’s also the godfather to Chris Martin (of Coldplay) and Gwyneth Paltrow’s daughter, Apple. He also stood up to become the godfather to the son of his The World's End's costar Martin Freeman. Wanting to keep his own family close at hand, he cast his mother in both Shaun of the Dead and Hot Fuzz.

Watch Shaun of the Dead on iTunes.

Watch The World’s End on iTunes.