Happy Birthday to Gary Oldman. Our Tribute to a Master Actor.

From Tinker, Tailor, Soldier, Spy to the upcoming Darkest Hour, this star delivers performances for all times

Born on March 21, 1958, Gary Oldman learned early on to rely on his instincts and intellect. Despite a rough start growing up in a broken home, Oldman found a way forward in acting. After making a name for himself on the London stage, he blossomed as a film actor with the uncanny ability to transform himself completely in each role. He is so admired among his peers that Colin Firth put him forth as “a very strong candidate for the world's best living actor." He amply lived up to that label in the Focus thriller, Tinker, Tailor, Soldier, Spy, for which he earned an Academy Award nomination for Best Actor. And we can’t wait to see what he’ll do as Winston Churchill in Joe Wright’s upcoming Darkest Hour, due out this fall. On his birthday today, we celebrate the monumental achievements of this actor and artist. 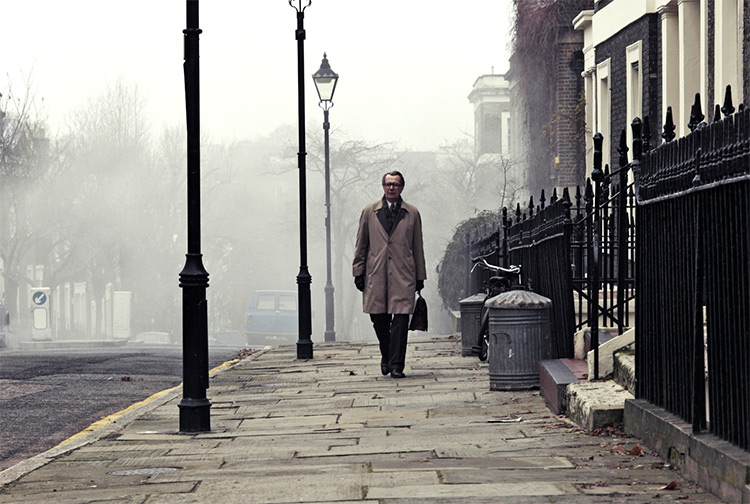 From punk rocker to prime minister, Gary Oldman seems able to embody any person or profession. In pure admiration, Mel Gibson observed, “He has this ability to transform himself into something different at will." But more than simply metamorphosizing into different shapes, Oldman uses his body to illuminate his characters' innate nature.

Sometimes that persona is physically scary. CultSpark puts Oldman’s True Romance character, the dreadlocked drug dealer, Drexl Spivey, in their Movie Villain Hall of Fame for how naturally the actor manifests the character’s cruelty. “There’s a gleam in Oldman’s eyes that speaks volumes as to how much fun he’s having with the role, and that playfulness somehow makes Drexl all the more terrifying,” Cultspark notes.

In others movies, his physical transformation tells the story. As the title character in Francis Ford Coppola’s Bram Stoker’s Dracula, Oldman uses his body to dramatize the epic rise and fall of the legendary vampire. “Through a wide variety of mutations, from bloody warrior to dandy, from old man to young lover and from man to wolf, he maintains a mournful, powerful, lovesick presence,” writes the Washington Post.

In Tomas Alfredson’s masterful thriller, Tinker, Tailor, Soldier, Spy, Oldman took his physical acting to an entirely new level. In crafting his version of John le Carré’s cunning Cold War spy, George Smiley, the movie star started with his shape. “If you're carrying around a few extra pounds, we all feel it,” Oldman tells the Guardian. “It's the silhouette, which is as important as the emotional or the internal.” His preparation paid off handsomely. Empire’s Angie Errigo notes, “Oldman’s performance is most eloquent and expressive in his fluent command of body language. The set of his shoulders and his posture, the occasional adjustment of his spectacles, tell you precisely what’s going on in Smiley’s mind.”

But even more powerful was Oldman’s command of stillness. In Esquire, Oldman quipped, “I enjoy playing characters where the silence is loud.” As Smiley, he makes that quiet deafening. “Oldman's solemn, fixed expression registers a tremendous degree of complexity, especially in light of his character's trained ability to remain withdrawn,” exclaims IndieWire’s Eric Kohn. “There's a real person beneath his scheming visage, but the trick of the movie is that even the camera can't quite push beneath it. He's a brilliant walking enigma.” 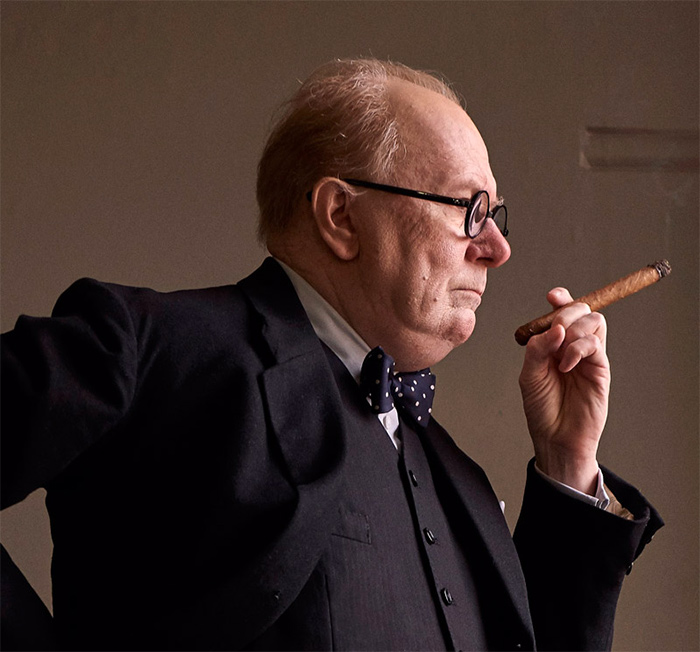 In his first starring role, as Sex Pistols bass player, Sid Vicious, in Alex Cox’s punk-rock romance Sid and Nancy, Oldman amazed audiences with his uncanny ability to bring the dead to life. Roger Ebert commented, “Performances like the ones in this film go beyond movie acting and into some kind of evocation of real lives.” Even Sex Pistols front man John Lydon (aka Johnny Rotten), who otherwise trashed the film, singled out Oldman’s performance, writing in his memoir, Rotten: No Irish, No Blacks, No Dogs, “The chap who played Sid, Gary Oldman, I thought was quite good.”

In his next big role, playing the playwright Joe Orton in the 1987 Prick Up Your Ears, Oldman again delivered a performance of shock and awe. “He turned up actually looking like Joe,” the film’s director, Stephen Frears, told ONTD. “I hadn't expected the physical resemblance, but [doing that] came naturally to him.” From playing Beethoven (Immortal Beloved) to Pontius Pilate (Jesus) to Lee Harvey Oswald (JFK), Oldman has brought a who’s who of history to life.

This November, Gary Oldman will bring to the screen another towering personality, Winston Churchill, in Joe Wright’s Darkest Hour. Seconds after the first image of Oldman as Britain’s most famous Prime Minister hit the Internet, newspapers and film sites broadcast their amazement. Empire writes, “Winston Churchill has been played by British thesps from Albert Finney to Michael Gambon and soon Brian Cox, but never with quite the dedication to physical verisimilitude of Darkest Hour’s Winston.”

From playing music to musicians

Gary Oldmam’s first brush with cinema inspired dreams of being a musician, not an actor.  “To this day I think my happiest memory is the night my sister Jackie took me … to see A Hard Day’s Night,” remembers Oldman. But unlike other kids scheming to start a garage band with their best friends, Oldman’s passion was more solitary.

After listening to Liberace records, Oldman recounts,  “I got obsessed with classical music. I got obsessed with Chopin, with playing the piano.” He has never lost that passion, and, in his portrayal of Beethoven in Immortal Beloved, actually played all the piano pieces himself. But as a young man, records, not movies, rocked his world. “I was more into the music and where that put me in my head, in my imagination, in my fantasy,” he told Salon.

Lucky for us, Oldman ultimately chose to play musicians rather than music. But he never lost touch with that world. In 1995, he sang next to David Bowie on “You’ve Been Around,” a song recorded on The Sacred Squall of Now, an album put out by Bowie’s guitarist, Reeves Gabrels. In 2013, Oldman posed as as a priest in the music video for Bowie’s “The Next Day.” For his professional services, he got paid “a sandwich and bottle of pop,” he told NME. On January 8, 2017, Oldman showed his love both for music and the musician when he kicked off a benefit concert by singing “Dead Man Walking” for what would have been Bowie’s 70th birthday.

There is perhaps no more difficult role for an actor than bringing a beloved popular character or cherished literary figure to life. In addition to getting inside the character’s mind, they must match (or exceed) the image of that figure inside the head of every fan. Oldman has risen to this challenge time and time again.

He certainly brings new blood to the title creature of Francis Ford Coppola’s Bram Stoker’s Dracula, where, as Entertainment Weekly’s Owen Gleiberman writes, “the superb British actor… establish[es] his own impish rhythms.” In Chris Nolan’s Dark Knight trilogy, Oldman adds flesh and bone to a character who previously felt like a cardboard cutout. “Gary Oldman is so skilled that he makes virtue exciting as Jim Gordon, the ultimate good cop,” says Rolling Stone’s Peter Travers. As Sirius Black in the Harry Potter series, Oldman provides a very adult edge to the beloved childhood saga. He even impressed Harry. In a Reddit AMA, Daniel Radcliffe confessed that not only did he love the character of Sirius, but that that “Gary [Oldman]'s portrayal of him I thought was perfect.”

In Tinker, Tailor, Soldier, Spy, Oldman had to contend both with bringing to life a classic hero of spy fiction and with a monumental previous interpretation. For many who’d seen the 350-minute, BBC miniseries from 1979, Alex Guiness had nailed George Smiley. For his version, Oldman neither copies, not changes, but rather transforms our culture history with his interpretation. Oldman, as The New York Times’ Manohla Dargis smartly points out, “wisely doesn’t reinvent Smiley. Rather…he and Mr. Alfredson have opted to build on the original interpretation, using it as a foundational text. (Guinness’s turn is the Torah; Mr. Oldman’s the Talmud.)”

Le Carré, who loved both Smileys, distinguished the two actors’ styles in degrees of danger: “If I were to meet the Smiley of Alec Guinness on a dark night, my instinct would be to go to his protection. If I met Oldman’s I think I just might make a run for it."

Subscribe to Focus Insider for updates on Darkest Hour, as well as other upcoming films.