When James Gray’s Armageddon Time premiered at this year’s Cannes Film Festival, the audience told the filmmakers how they felt with a seven-minute emotional standing ovation. With tears in his eyes, Gray said to the spectators, “It’s my story, in a way, and you guys shared it with me.” The 1980s coming-of-age drama follows the fraught friendship between two boys, one Jewish (Banks Repeta) and one African American (Jaylin Webb), both struggling with personal identity in a time of political turmoil. The film’s other actors — Anthony Hopkins, Anne Hathaway, and Jeremy Strong — are all being applauded for their stunning performances. Jessica Chastain’s cameo as Maryanne Trump is equally striking. For the audience, as Entertainment Weekly says, “it's a small, near-perfect New York story.” Here are some of the other stellar reactions from Cannes on Twitter about Armageddon Time. 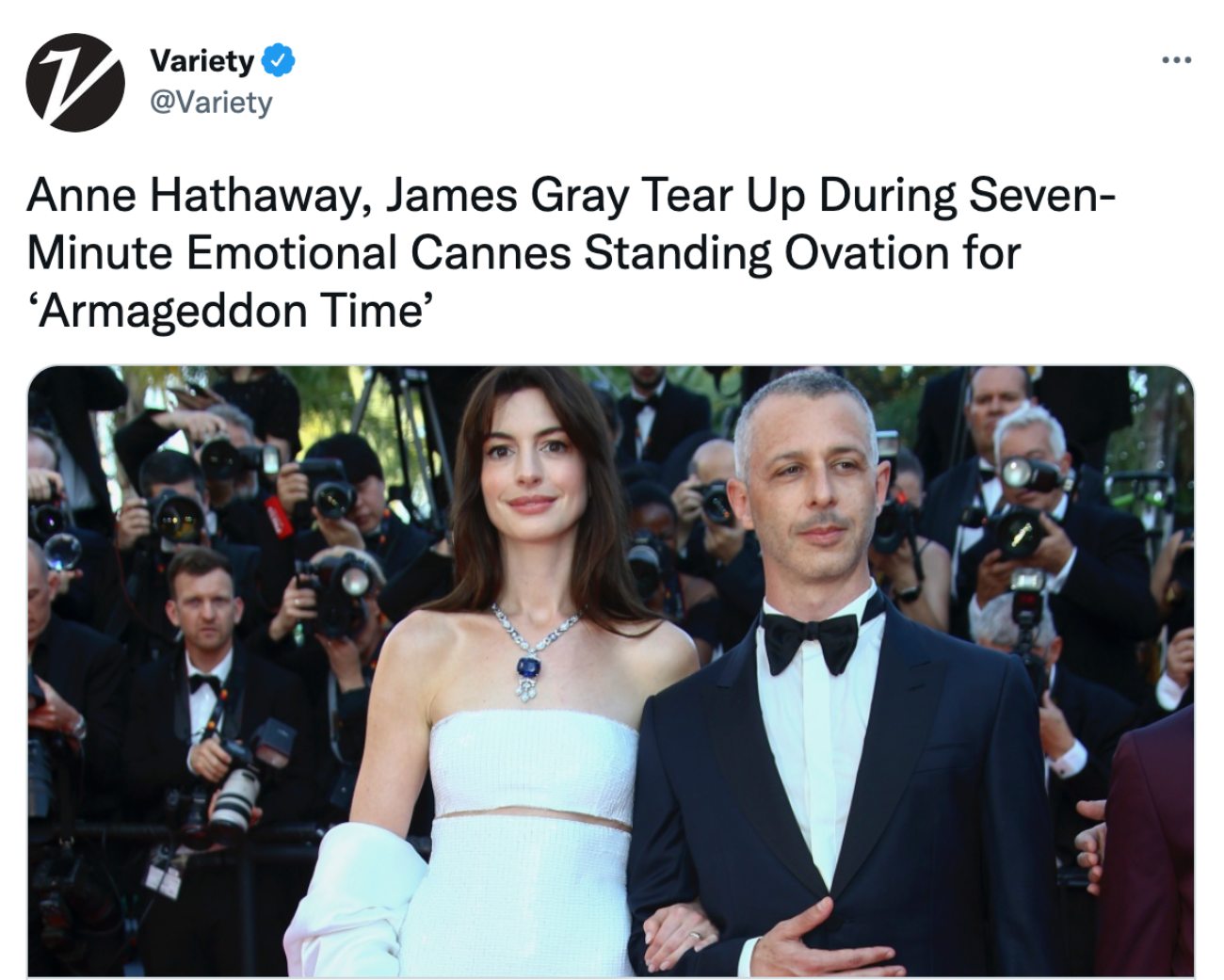 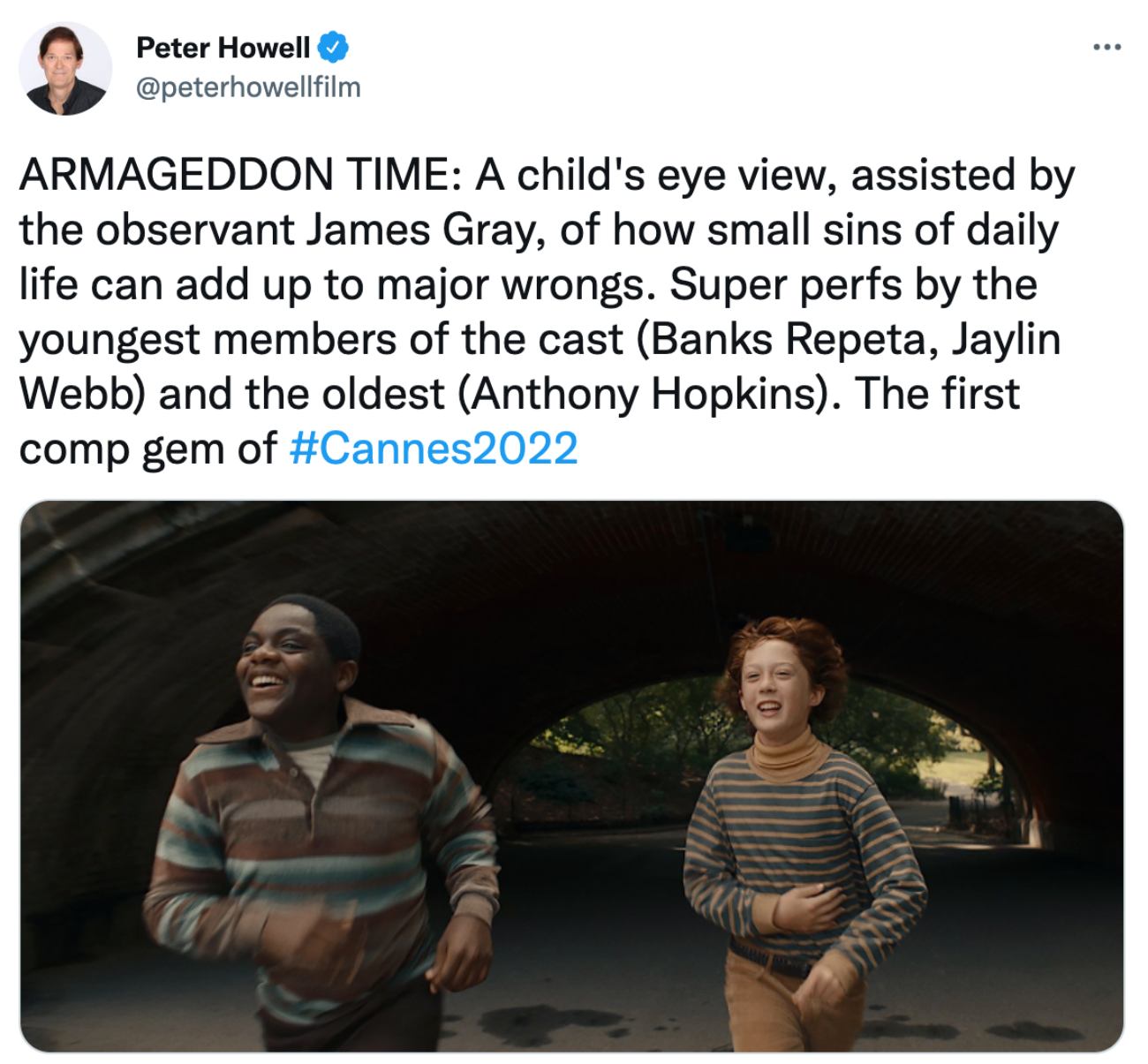