At the 2021 Cannes Film Festival, Justin Chon’s emotional drama Blue Bayou (in theaters September 17) got a rousing reception, both for its emotional performances and important message. In the film, Antonio LeBlanc (Chon), a Korean adoptee in a small Louisiana town, has his life turned upside down when a legal loophole makes it possible for him to be deported. At the whim of the courts, he could be separated from his wife, Kathy (Alicia Vikander) and his beloved stepdaughter Jessie (Sydney Kowalske). As he races to stay in the country, LeBlanc must confront difficult truths about his own past — and about the country he lives in. Audiences were blown away by the film's performances and poignancy. "There’s enormous heart behind Justin Chon’s drama, and wrenching performances full of feeling from the writer-director and his co-star Alicia Vikander," wrote The Hollywood Reporter.

Here is a sampling of how film lovers reacted to its Cannes premiere. 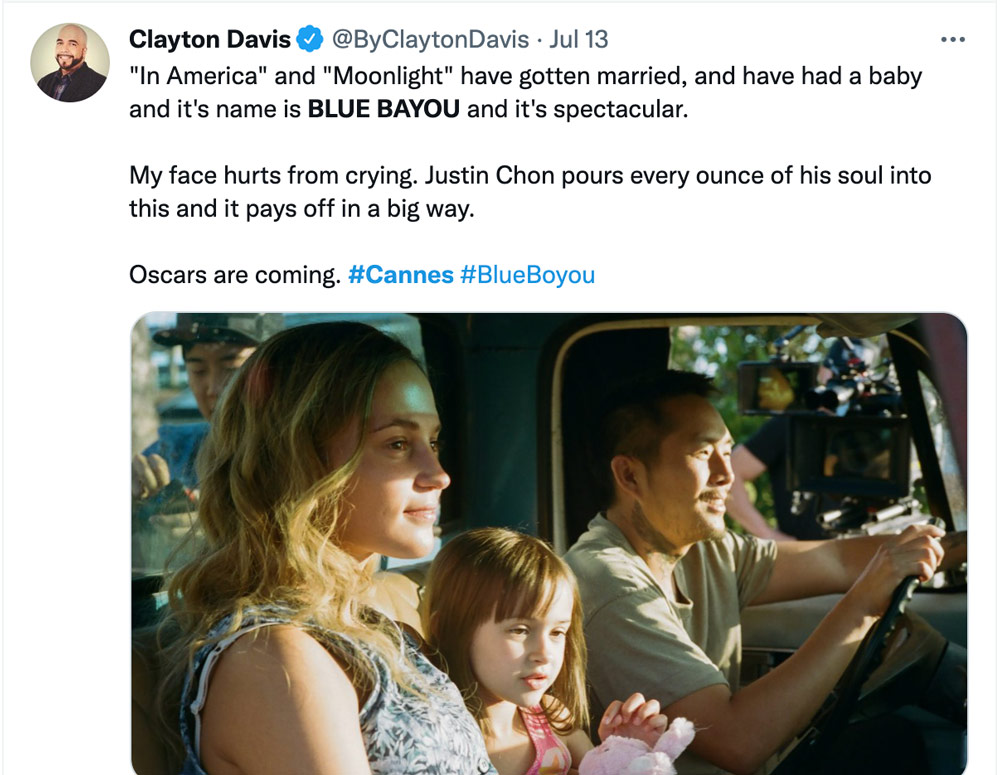 Others noted its timely message and award potential.