The Cannes Film Festival is welcoming with open arms Tom McCarthy’s powerful thriller Stillwater. The Academy Award-winning director’s tale about an unemployed roughneck Bill Baker (Matt Damon) traveling from his home in Stillwater, Oklahoma, to Marseille, France was showered with acclaim and given a five-minute standing ovation when it premiered at Cannes. Festival-goers are enthralled by both the film and its performances. Deadline's headline reads, "Damon At Top Of His Game In Tom McCarthy’s Gripping, France-Set Thriller."

In the film, Baker relocates to the French port city to bring justice to his daughter, Allison (Abigail Breslin), who is imprisoned for a murder she insists she did not commit. Unable to speak the language, Baker is befriended by a local French actress, Virginie (Camille Cottin), and her eight-year-old daughter, Maya (Lilou Siauvaud), who provide him a new sense of family. In addition to the film's acclaimed performances, the film's scenic French scenery fit right in. “The confluence of cultures and the pace of the seaside metropolis felt like the perfect canvas for the film,” exclaims McCarthy. Experience the magic and drama of Marseille for yourself by entering our Stillwater $4,000 to book a once-in-a-lifetime French getaway sweepstakes.

Here are just a few of the tweets reacting to Stillwater's amazing Cannes premiere.

Variety’s Matt Donnelly reports on the audience's emotional response to the film. 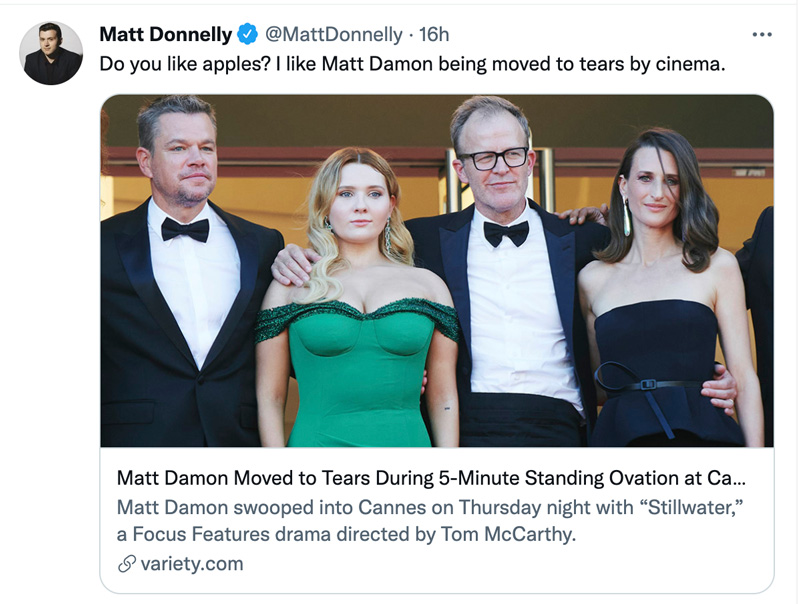 Others championed the film's standout performances from Damon and all members of the cast. 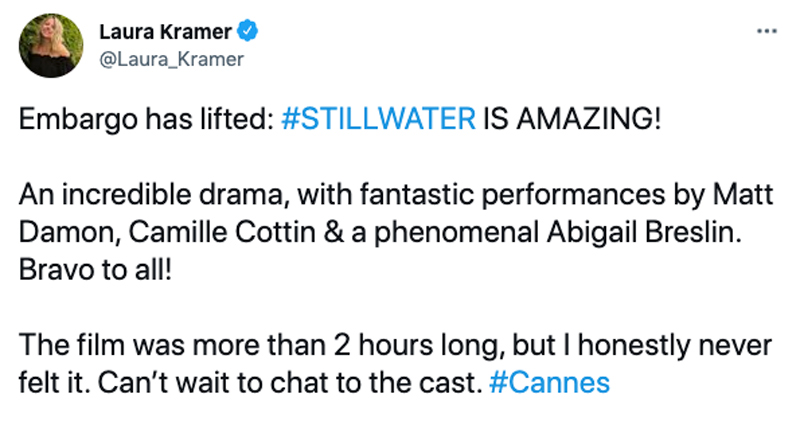 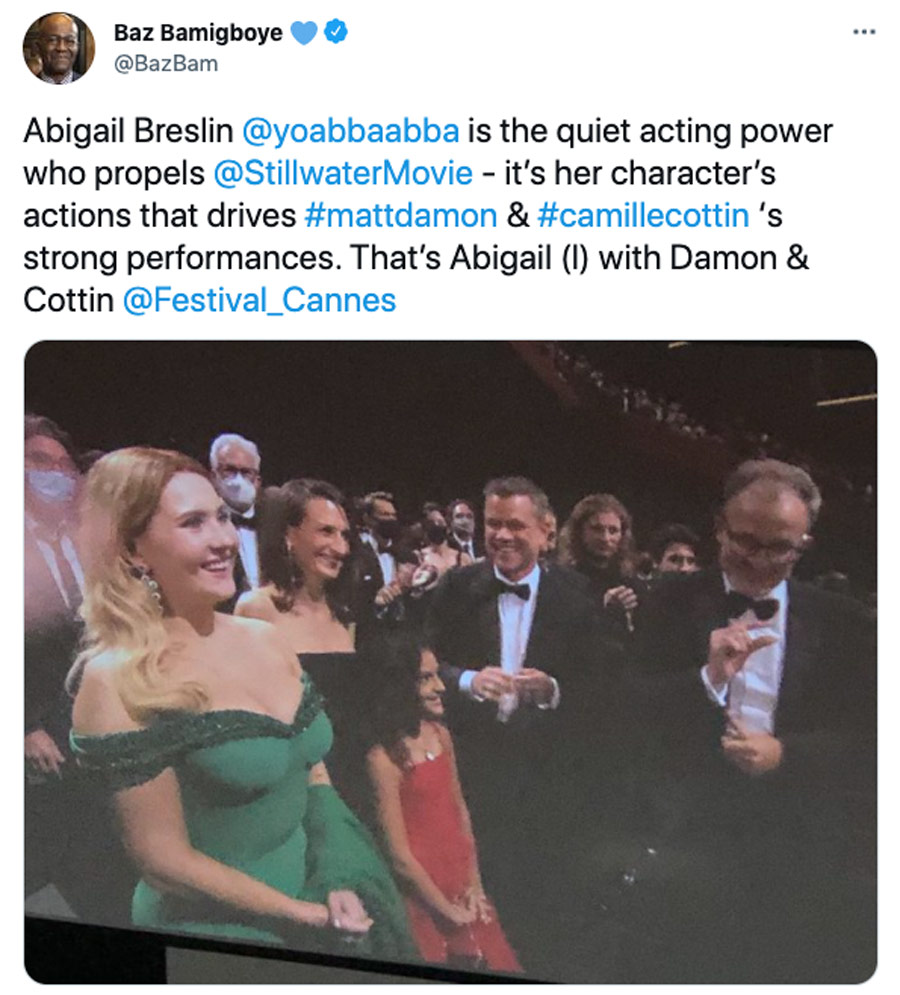