Behind the Credits with drone camera operator Phil Crothers

Most of the drama in Kenneth Branagh’s Belfast takes place on the street where Buddy (Jude Hill) and his family live. There, his Ma and Pa (Caitriona Balfe and Jamie Dornan) bring his neighbors for a party. There, he plays with his friends. And there, violence erupts forever changing his life. To succinctly contrast modern Belfast with the black-and-white world of the 1960s that the film inhabits, the filmmakers look to drone camera operator Phil Crothers.

As the Director of Film at Northern Ireland’s Pivotal Film, Crothers uses aerial filming to expand and enhance TV and film projects across the globe. In the last few years, his knowledge of drone cinematography has proved indispensable to films, commercials, and other projects looking to bring depth and breadth to their world in the most expeditious way possible.

For Behind the Credits, we spoke with Crothers about how he used drones for both Belfast and The Northman, what makes a good drone camera operator, and how he started working with drones.

See Belfast now On Demand and in theaters. 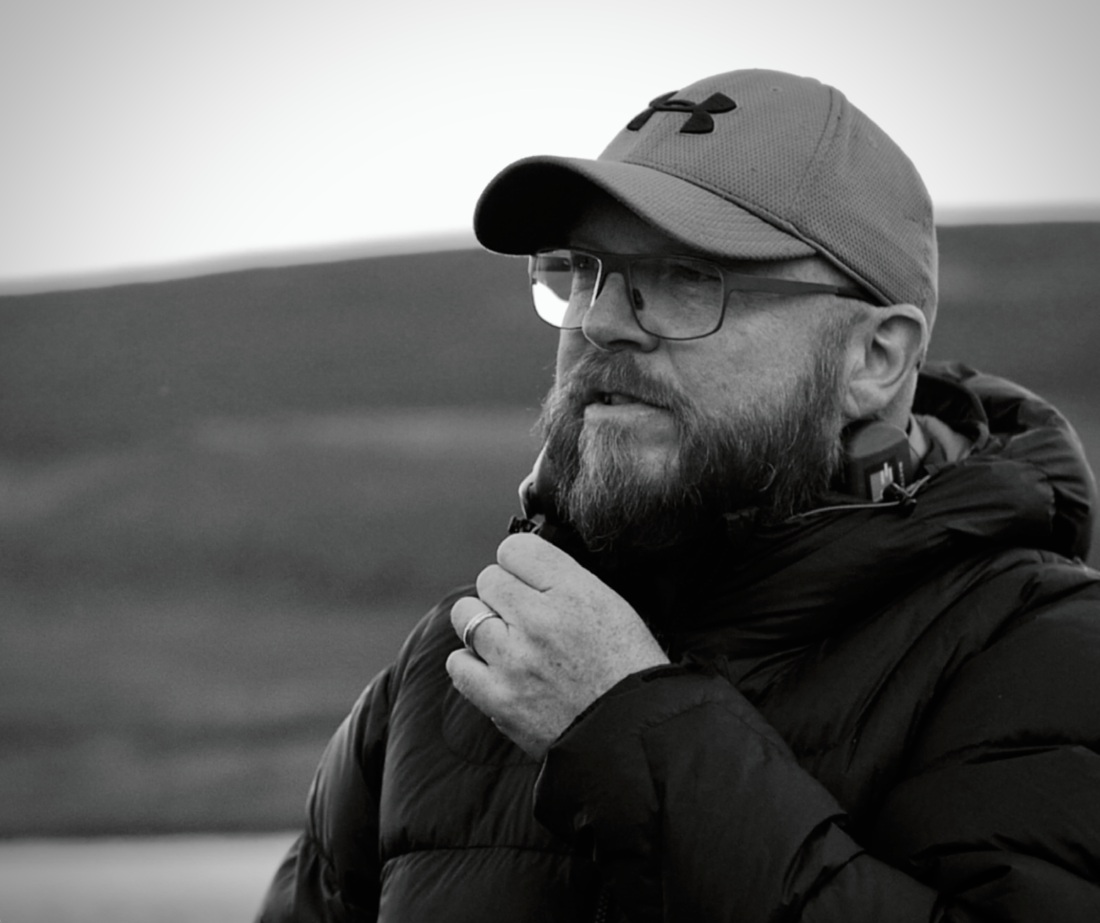 The drone camera operator for Belfast and The Northman, Phil Crothers

As the drone camera operator, what sort of shots did you do for Belfast?

Primarily, the opening three and a half minutes or so. It’s a combination of ground work and our drone work (myself and my pilot, Tom Callander), though it’s a delight that the bias is heavy on the drone side. After that, our work was utilized throughout to give a little breath or scale between scenes. I think there are two or three drone shots in the riot sequence that aren’t ours, everything else is.

What sort of tone did the filmmakers want?

We received wonderful mood reels from editor Úna Ní Dhonghaíle and cinematographer Haris Zambarloukos which gave us a great feel for composition, use of light, the juxtaposition of stillness and pace. Sir Kenneth opened up the understanding of the emotion behind the film, the child’s perspective. If there was anything I wanted to capture specifically, it was the character, the tone of Sir Kenneth’s vision, and the strength of composition proposed by Haris. That may sound odd as we had no cast, no immediate drama to capture, but all cameras need to work together to maintain the language of a film.

Can you describe the work you did for the upcoming film The Northman?

I was brought in during the early stages of production to scout what became a principal location, offering views from over water and then back onto the featured headland. Tom and I later worked with producer Mark Huffam and DP Jarin Blaschke to spot principal camera positions from the water. I then came back to shoot some footage for the BTS unit, and closed with a series of shots for VFX. 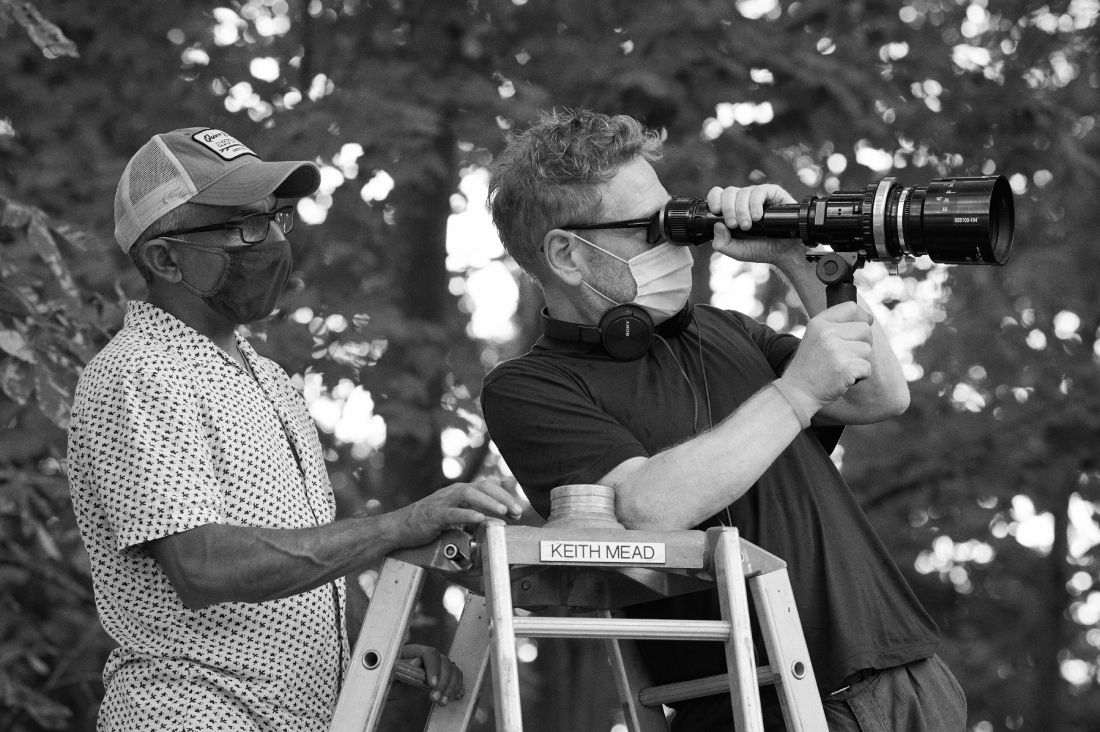 Cinematographer Haris Zambarloukos and writer/director Kenneth Branagh on the set of Belfast.

How do you work with the cinematographer to maintain a consistency of style and palette with your drone shots?

This really varies from one production to another. Tech recces are invaluable as they allow us to listen to what needs to be captured at each location and how the DP and director envisage both the scene and the methods proposed to cover it. We might receive PreViz of the work we are to undertake if it’s VFX specific. It’s rare for us to receive a full script ahead of shooting. Usually, we get just sides for the day ahead. We’ll talk with the DP and perhaps the director on set to understand what’s needed and maybe offer a few approaches.

You’ve had various jobs on set. How did you get to become a drone camera operator?

For a long time, I was a commercials director. That brought a discipline to understand the construction of scenes. I’ve also always enjoyed coming to grips with the technical side of things — both in-camera and in post — as well as working out solutions on a limited budget. I also loved bringing scale to the screen, but not every gig warranted the associated costs. When drone technology reached a more stable level, we invested in the platform. I’ve built up a broad range of contacts over the years so when some DPs who shot my commercials learned I’d jumped into operating on a drone, they asked me to come onto their dramas.

From your experience, what makes a good drone camera operator?

To me, the skill is the same for a good ground or remote head camera operator. The principals are all exactly the same — understanding the perspective and its relevance to the main scene and characters of the film. For me, great drone work is a collaboration between pilot and camera operator, not one over the other. 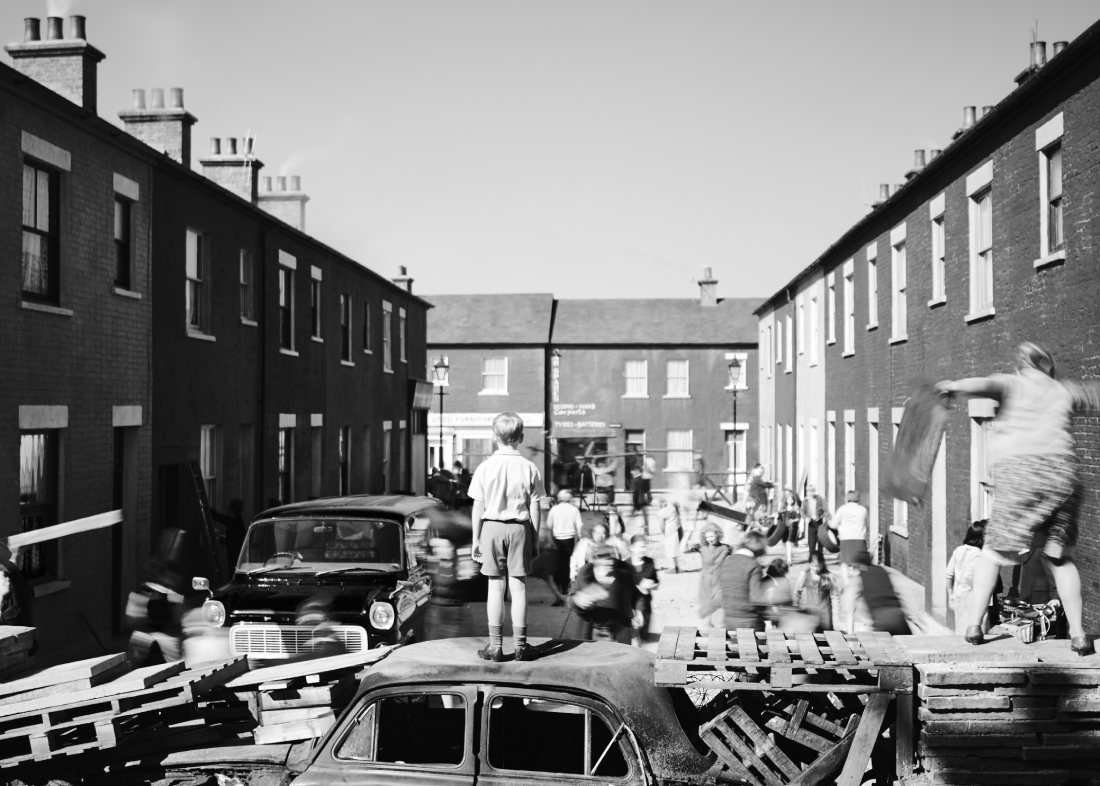 What has been the most fulfilling thing you have shot? What about embarrassing moments?

Perhaps annoyingly, the last job completed and hopefully the next one coming up are the most fulfilling. Thankfully, and boringly, no embarrassing moments. The vast majority of our work is on closed sets or controlled locations.

When you were young, what was the first movie that you saw that made you want to work in film?

Star Wars captivated me. I didn’t think there was access to the film industry here in Northern Ireland. So my focus went to the advertising world.

How did you get started working in film?

I started out as an art director in an advertising agency. When it was taken over, it was a last-in first-out situation. I was lucky enough to get some work as standby props on commercials quickly. Within six months I was offered the position of art director on John Sayles’s The Secret of Roan Inish. I shat myself. I just didn’t have the confidence to jump into that role so quickly. I turned it down and set my goals to direct commercials. About twenty years later, I started operating cameras on drones...

If you weren’t a drone camera operator, what would you like to do?

I still really enjoy directing and feel I bring that to the table within our drone work, especially if we have to work remotely. I did have this conversation with (the producer of The Northman) Mark Huffam a few years ago when he asked if there was anything you could choose to do, what would it be. His choice was production designer. I stuck with directing.

I always thought Patrick Tilley’s novel Mission would make a great movie, and Luke Rhinehart’s Adventures of Wim. We’ve actually been developing a slate within the company so....