For Black History Month, BlacKkKlansman Holds a Mirror Up To America

On August 10, 2018, Spike Lee’s BlacKkKlansman opened in theaters to overwhelming acclaim. Lee had crafted a period drama that used the past to speak directly to the challenges facing the present. Adapted from Ron Stallworth’s memoir of his experience as a Colorado Springs detective in the 1970s, the film details how Stallworth (John David Washington) with the help of his partner (Adam Driver) tricked the local chapter of the Ku Klux Klan into making an African American policeman a bona fide member. For Black History Month this year, we are showcasing Focus films that made history in the way they brought the African American experience to the screen. This week, we look at Spike Lee’s powerful takedown of history itself in BlacKkKlansman.

The official trailer for BlacKkKlansman. 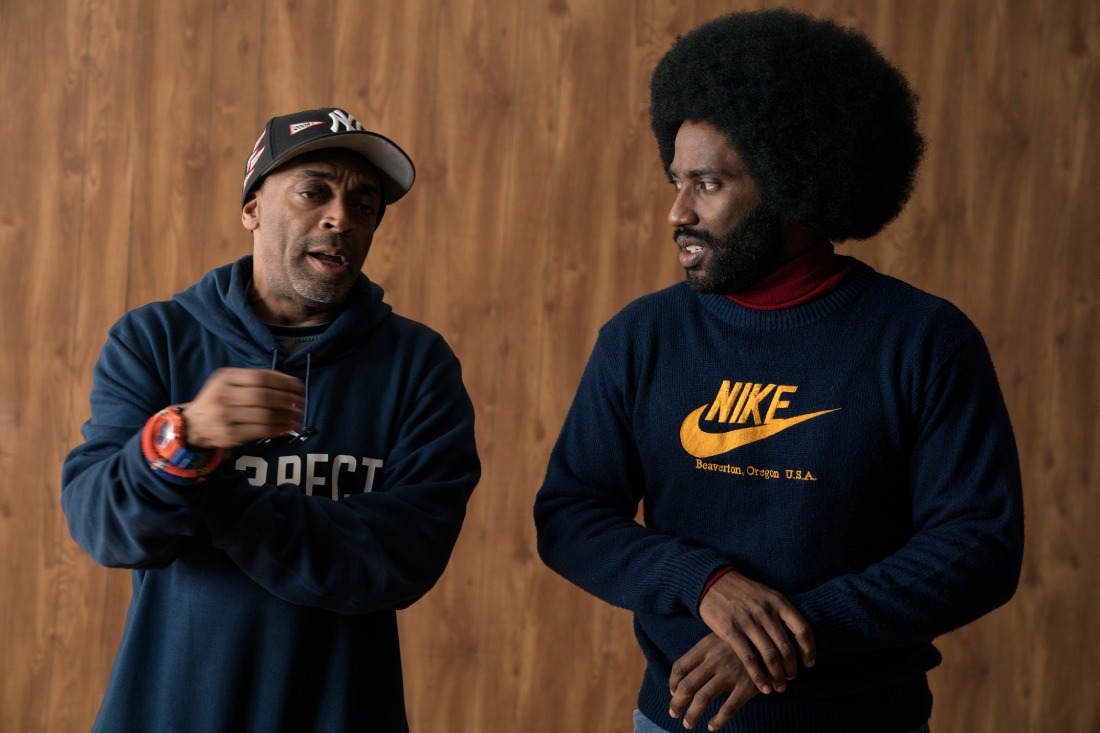 Spike Lee and John David Washington on the set of BlacKkKlansman.

After Stallworth retired from the police, he thought his infiltration of the Klan in the 1970s “was an interesting and unique story,” worthy of being retold in a book. His 2014 memoir Black Klansman: Race, Hate, and the Undercover Investigation of a Lifetime proved to be not only a page-turner, but a possible movie adaptation. When Jordan Peele read it, he remembers being “blown away. I couldn't believe I had never heard about it. It's one of these pieces of reality that almost plays like social satire.” Peele felt that the right person to tell this story was Spike Lee. “It just falls right into his unique tone, which is always different,” explains Peele. “Sometimes comedic, sometimes harrowing, usually socially relevant and political.”

For Lee, Stallworth’s tale was just another chapter in an ongoing saga of racism. To tell it correctly, he would need to connect the threads, from The Birth of a Nation to the rise of the KKK in the 1970s to the surge of white supremacist groups in today’s America. This was not a story that happened in the past, but one that is still happening. “What [co-screenwriter] Kevin [Willmott] and I wanted to do is make a hip period piece that is about today...It wasn’t that hard to do. So much of this hate stuff is recycled,” explains Lee. “‘Make America Great Again.’ Or ‘America First.’ That was used by the Klan in the 1920s.” 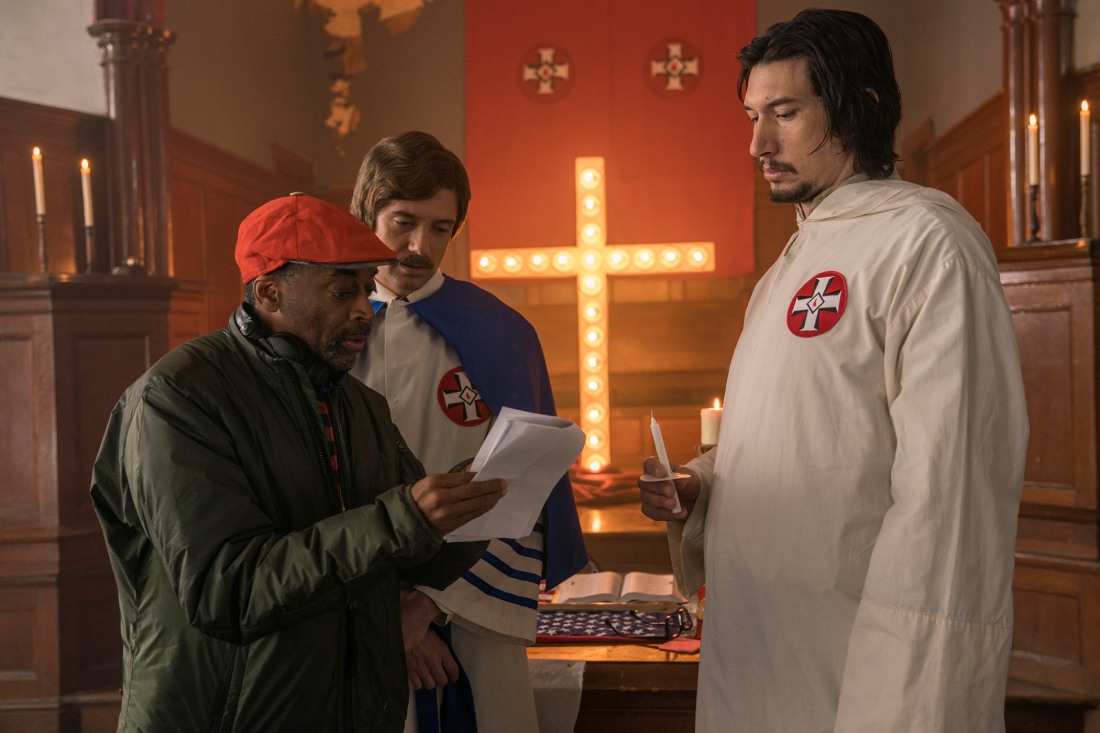 Spike Lee directing Topher Grace and Adam Driver on the set of BlacKkKlansman.

In telling Stallworth’s story, BlacKkKlansman, as Slate exclaims, “uses history to illustrate how we’re repeating it.” For Lee, the inclusion of D. W. Griffith’s 1915 The Birth of the Nation touches on his own personal history. As a young film student, Lee responded to his film school’s canonization of Griffith’s movie with his own film, The Answer, a scorching satire of cinematic racism. Lee highlights how David Duke (Topher Grace), the former-KKK Grand Wizard who spoke to Stallworth remains a powerful political figure even today. As Vulture points out, “Lee never takes his eye off the connecting thread between the events of 1978 and the present. The result is one of his most flat-out entertaining films in years, and also one of his most uncompromising.”