Right On, Right On! Spike Lee's Latest Joint is a Hit

Say it loud, say it proud—the people are loving BlacKkKlansman

This weekend, Spike Lee's latest joint BlacKkKlansman hit theaters. Since it premiered at the Cannes Film Festival to a standing ovation and took home the coveted Grand Prix, the film has been receiving rave reviews from critics and fans alike. Vulture encompasses reactions aptly, calling the film “One of [Spike Lee's] most flat-out entertaining films in years, and also one of his most uncompromising." In the midst of the state of the world today, it comes to no surprise that BlacKkKlansman is receiving such a strong reception from audiences who have seen it. Here's what everyone from actors to musicians to filmmakers and more are saying! 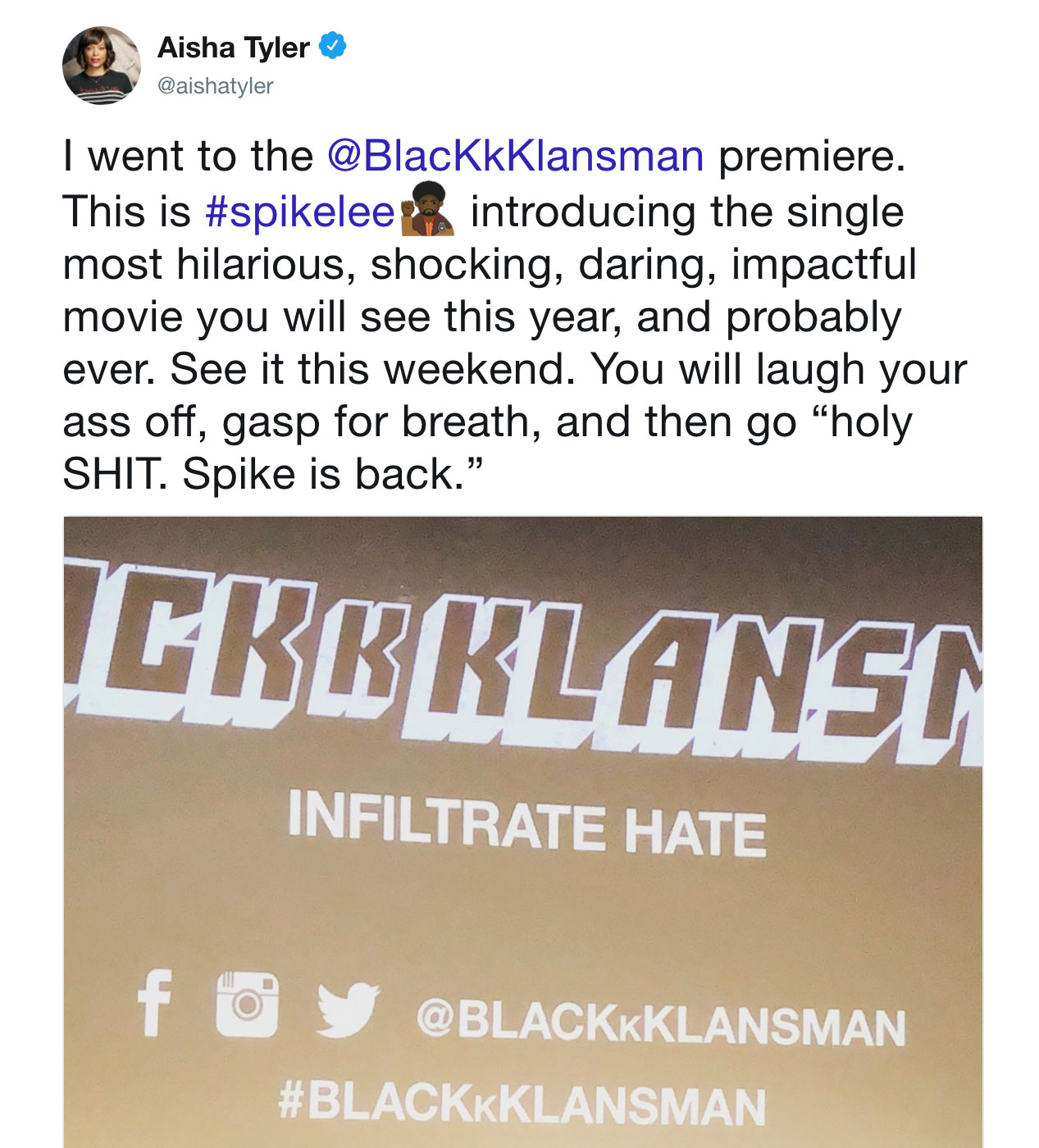 Academy Award®-winning actress Halle Berry took to Instgram to hail the film as "befitting of a Spike Lee joint." 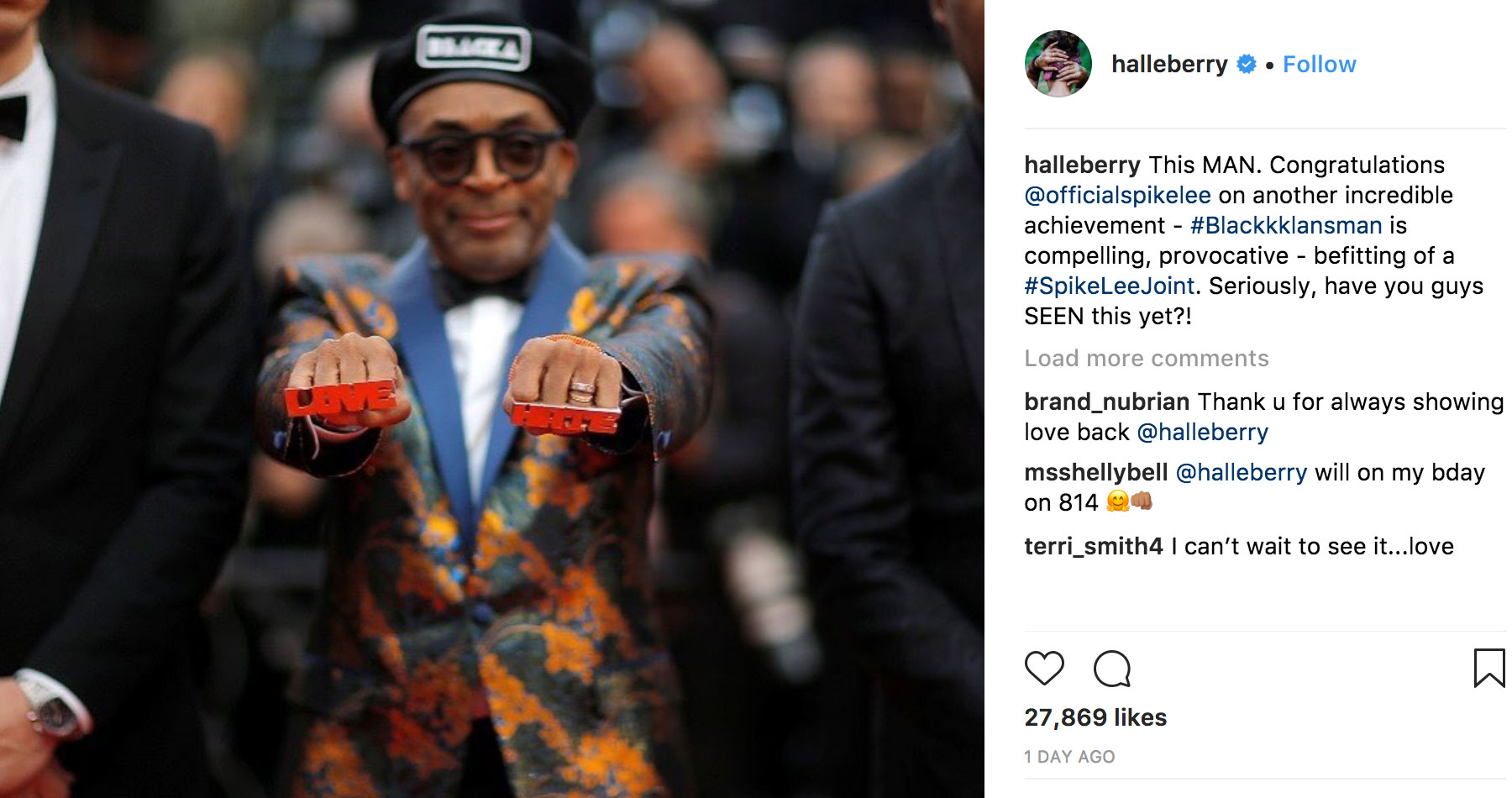 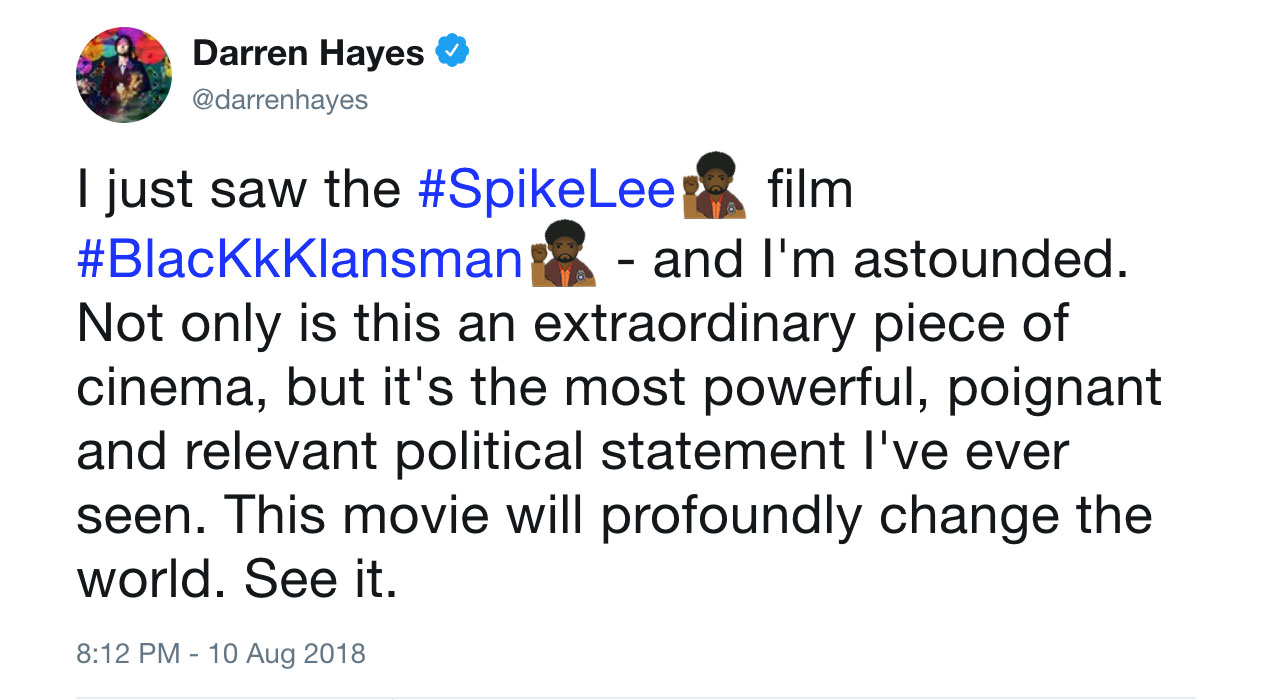 Orange is the New Black star Danielle Brooks raved about the film after attending the Brooklyn, NY premiere. 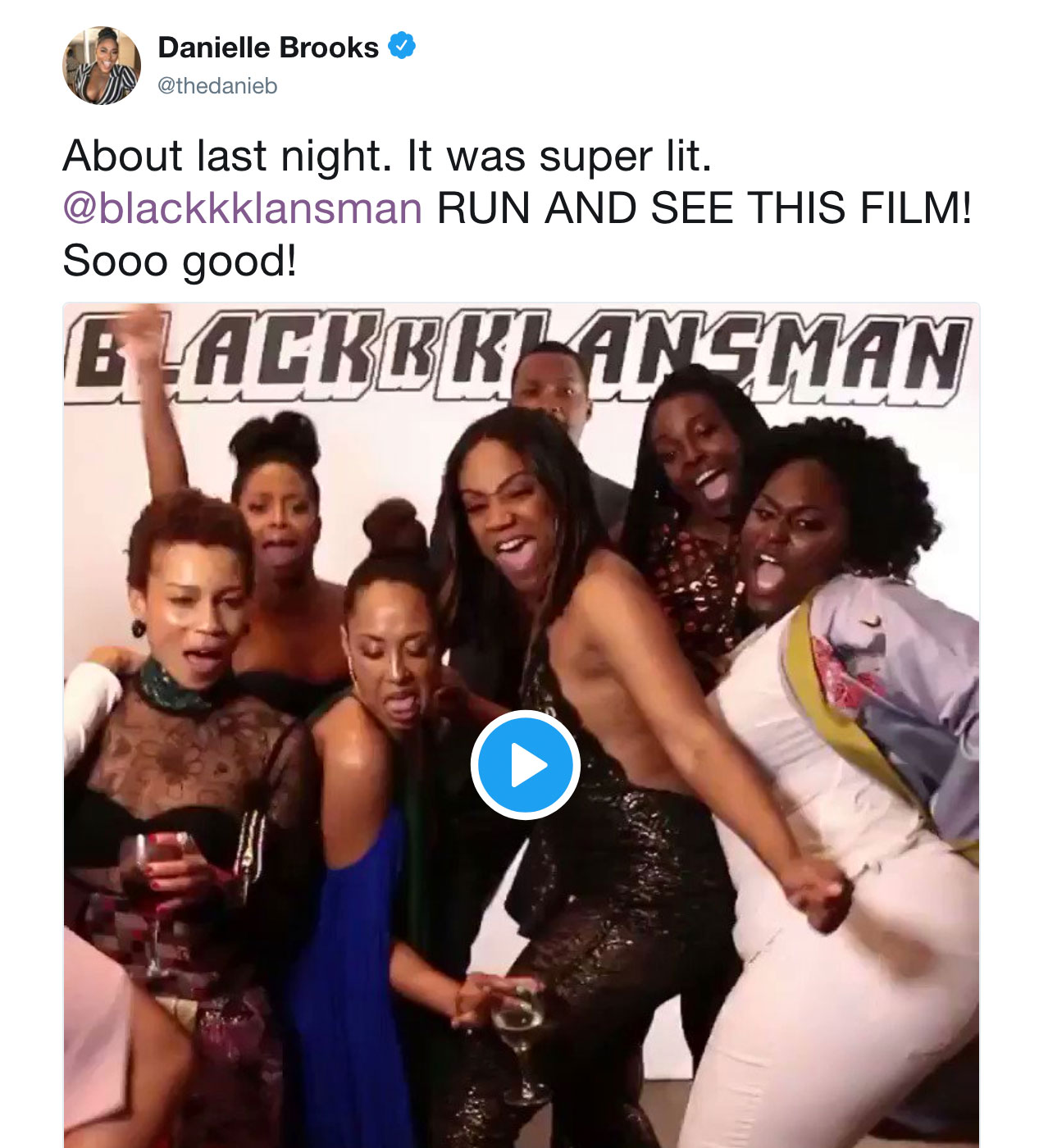 I mean... no need to reinvent the wheel. MC Hammer can't stop spreading the love.

It's peak Spike Lee for RuPaul. 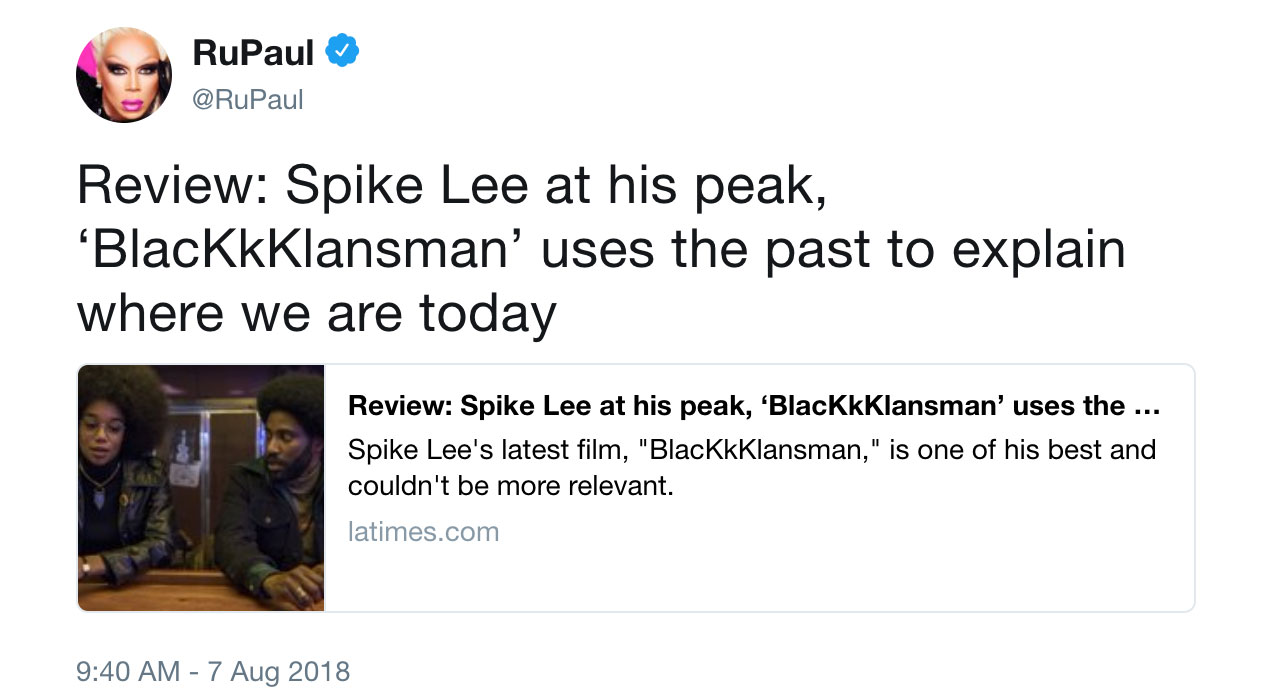 Lots of !!! from comedian Jon Lovitz.

The film gripped Glee's Harry Shum, Jr. and the entire theater he sat in. 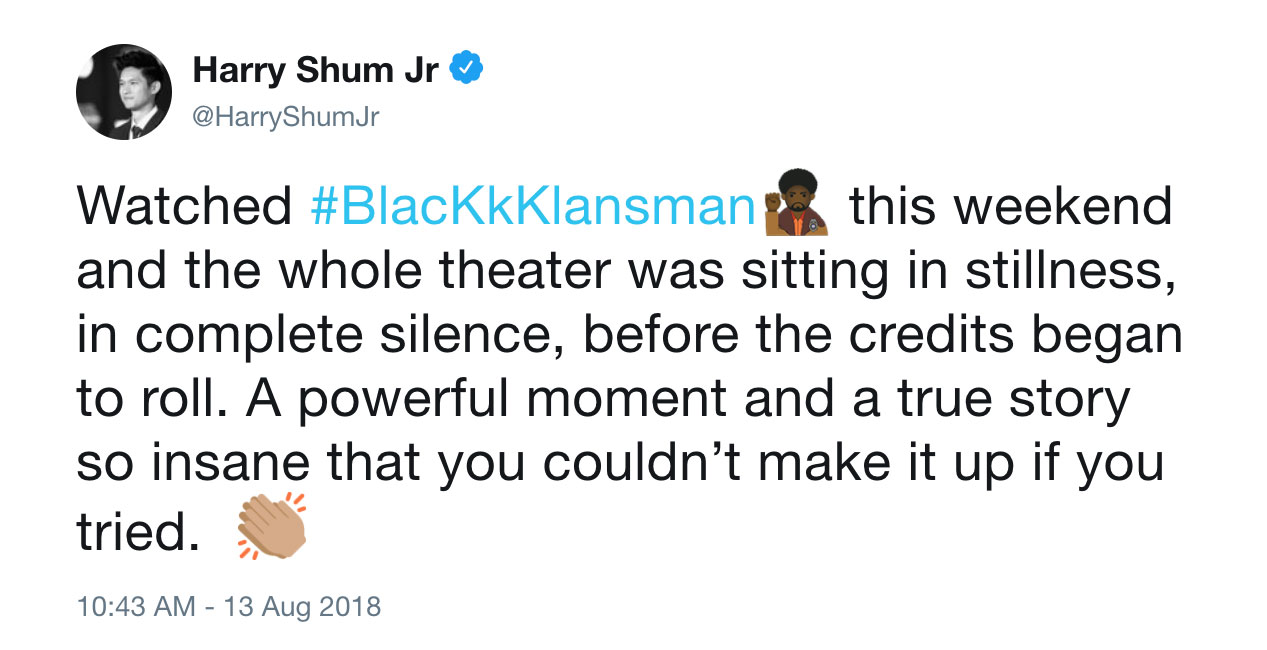 The Mindy Project's Ike Barinholtz felt all the things. 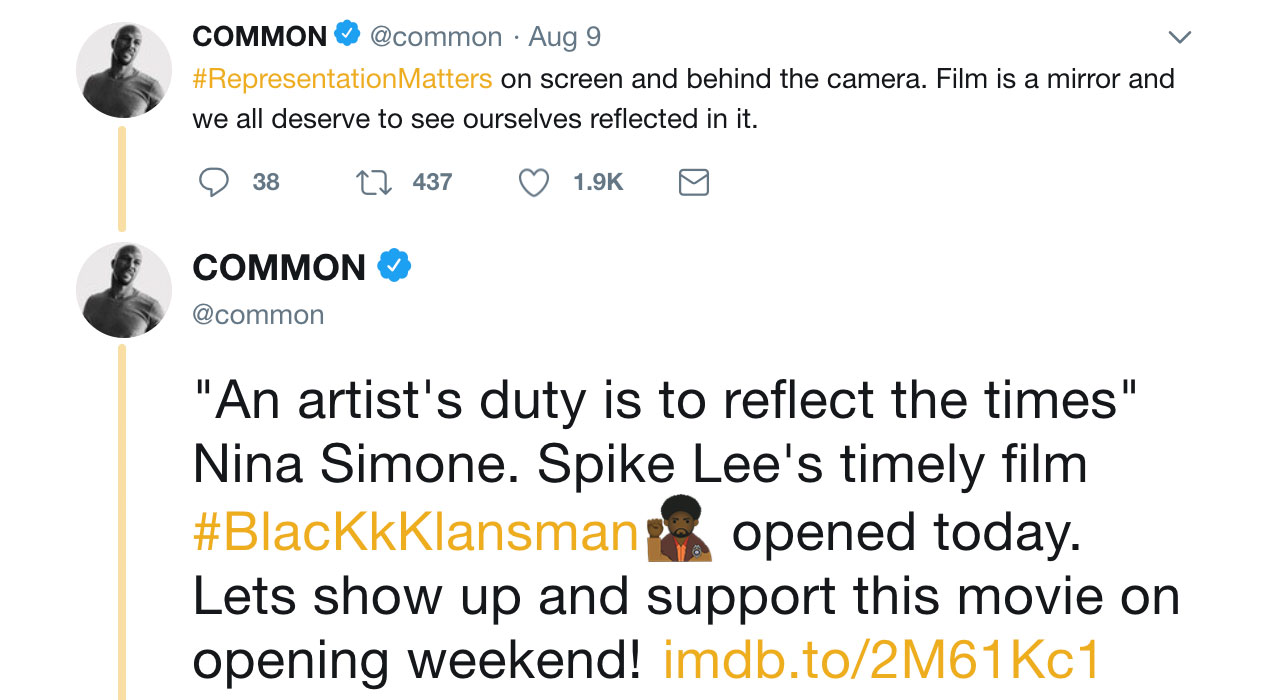 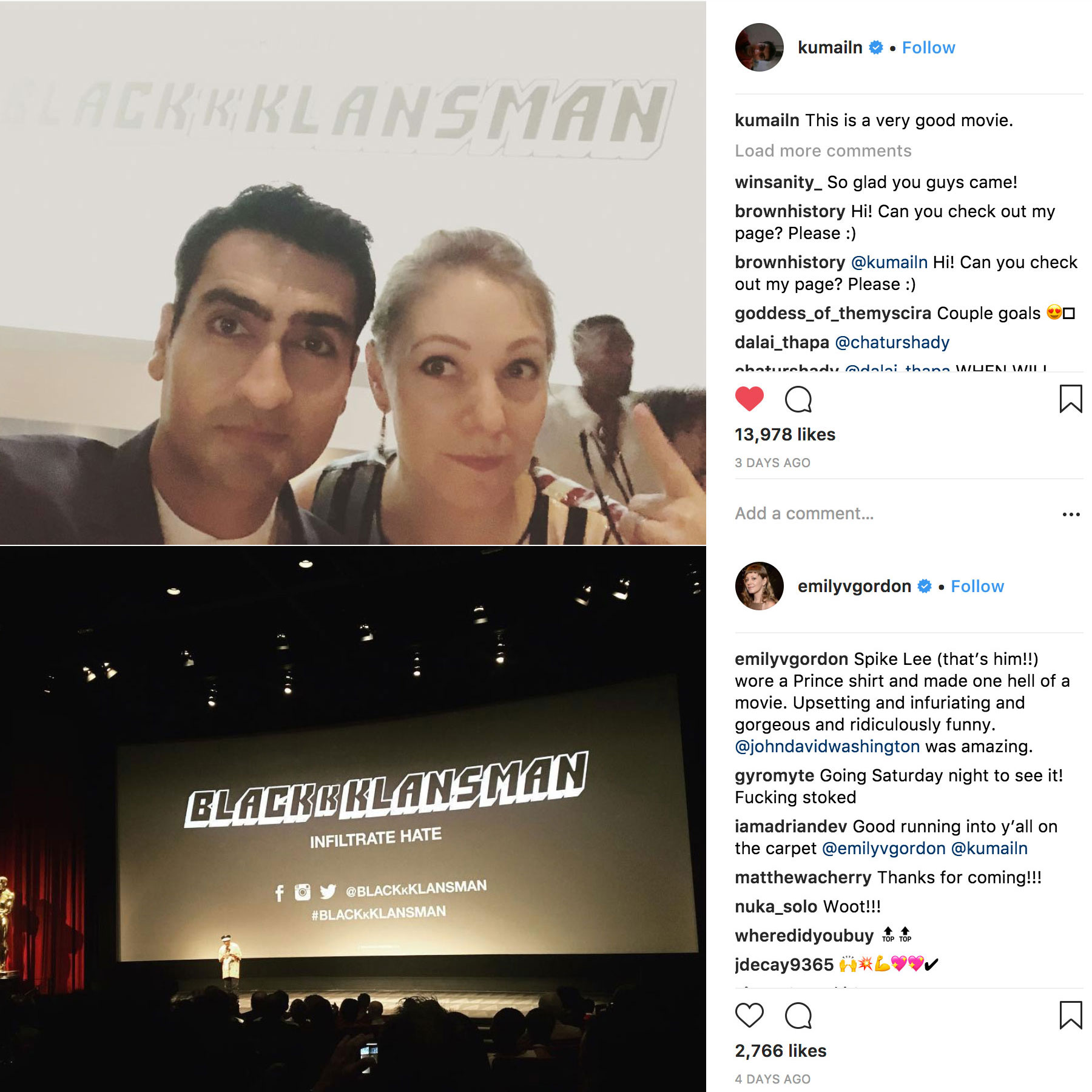 Get tickets to see BlacKkKlansman today.