From The Office to Vengeance, B.J. Novak Talks All Things Writing, Directing, and Acting

Novak dives into the inspirations behind his debut feature film, Vengeance.

B.J. Novak isn’t known for pulling punches. Though he’s written multiple books and appeared in movies directed by Quentin Tarantino and Judd Apatow, he’s probably most familiar to audiences as Ryan, the intern-turned-worker-turned-tech-CEO on the beloved sitcom The Office, where Novak also worked behind the scenes, writing and directing multiple episodes. He brings some of that satirical edge to Vengeance, his feature debut as a writer-director. Making himself the face of callow status-chasing media, Novak plays Ben, a New Yorker contributor who has his sights set on a zeitgeist-defining podcast, but no real story ideas. He unexpectedly gets his shot when Ty (Boyd Holbrook) calls Ben up to let him know his girlfriend his died. Too sheepish to admit the deceased was only a casual hook-up, Ben travels to Texas for the funeral—and winds up working on a podcast about his investigation of her death. From there, the movie becomes part fish-out-of-water comedy, part social satire, and part neo-noir mystery. We spoke to Novak about the challenges of making such an original, tricky film.

Let’s do a question about writing, a question about directing, and a question about acting, to cover all three of your big jobs on this movie. So, first thing: you’ve written in a lot of different areas: sitcom, anthology series, short fiction, children’s books—and the boundaries between film and TV are so permeable these days. What made you know this idea was a screenplay, rather than a TV series, a book, or something else?

The idea to me felt like it was a guy who gets pulled into a movie, in a sense. [Ben, the character Novak plays] gets a phone call from a mysterious stranger, and it could be the break of his career. But there’s also some personal danger there, and an emotional danger there, and he needs to wrestle with his own flaws in order to have a chance of making it through. That, to me, is a movie. So I thought, he’s pulled into a vengeance movie, so let’s call it Vengeance and really explore that.

When you say a vengeance movie, what kind of other movies are you thinking about? 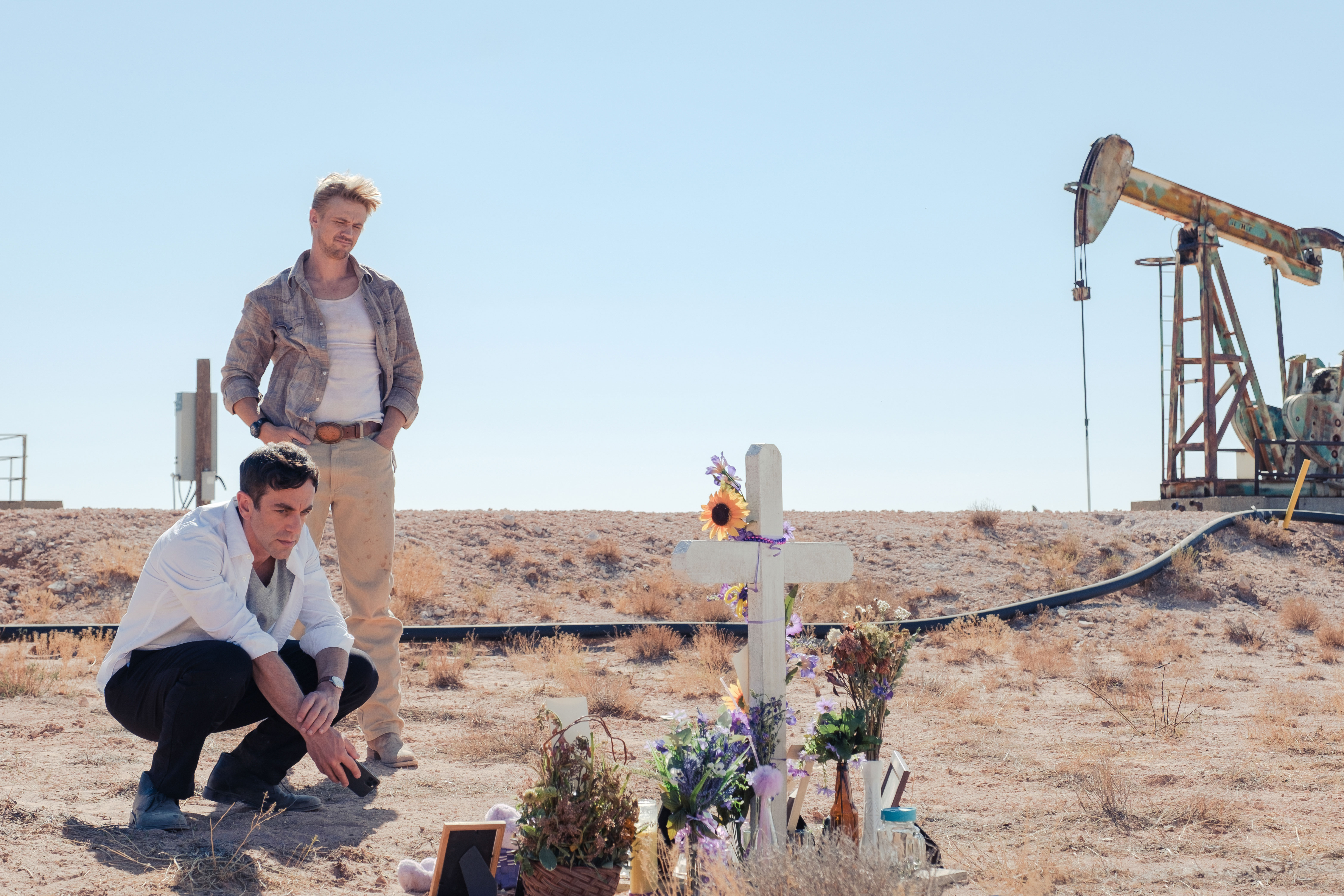 I love that way of thinking about it. Did you always think you’d direct this script yourself, when you were writing?

Yeah, I always knew that the tone was the movie itself. It wouldn’t be complete if I wrote such particular jokes and dialogue and wasn’t there to show people what I meant. So I always wanted to direct it.

OK, so moving on to directing: Elements of this movie reminded me a bit of Alexander Payne’s work—not quite in the New York intellectual mode, but sort of in the same ballpark. And at the same time, because of that combination you mention, I can imagine other people watching it and seeing something completely different. What kind of movies were you thinking about as a first-time director?

I thought of some very dry comedies, people like Payne and Noah Baumbach. But I also thought of things like The Hangover, which is really creative, and shot beautifully by Lawrence Sher and Todd Philips—great visual comedy directors. I thought of the Coen Brothers, because to me, the Coen Brothers, on the one hand they do Fargo and The Big Lebowski, and on the other hand they do No Country for Old Men and True Grit. So I thought, what’s the Venn diagram that over laps and how can I do that? So I thought of a lot of my favorite types of movies, big and small.

That’s what scared me the most, honestly. Because I was a first-time director, and I consider myself not the best or the most experienced actor. But I knew, again, the tone was the thing, and I knew I could embody the tone of the movie, and that I was right the guy for the part, ironically. So I cast myself, despite some doubts, because I thought, I know the tone.

This feels like a pretty fearless performance, too. You’re not afraid to make your character, Ben, seem opportunistic, or manipulative, or foolish in some of the more comedic scenes. I read that you had drawn a little bit from real life—that you know John Mayer, who appears in the first scene with you, in real life, for example. How do you go about putting yourself out there, playing someone who’s not that likable?

I had to be really relaxed and let go of all of my dreams about seeming cool, or nice, or any of the thing your ego wants to do in a movie. I knew the movie would fall flat on its face if I indulged any of that. So I really had no choice but to show the worst parts of myself—and also the parts I hoped that could be redeemed. We all have these good sides—you know, I once read Pharrell say that the hardest song for him to write was “Happy.” Happiness is a hard thing to write, and I think goodness is a very hard thing to accept about yourself. It’s easier to make fun of yourself sometimes than to say, “I bet I could do the right thing in this situation.” It feels so stupid. Especially as a comedy writer—you picture your comedy friends making fun of you. So it was hard to play the worst sides of him, and it was hard to play the better sides.

Did this experience get you thinking about what other types of characters you’d like to play? And/or write and direct for yourself?

You know, it made me more excited to play anything in this tone. Again, there are better actors, but there’s no one whose comedy is exactly like anybody’s else’s. But I’d love to be in a Coen Brothers movie, or a Noah Baumbach movie. So it’s more about the tone than the character for me.